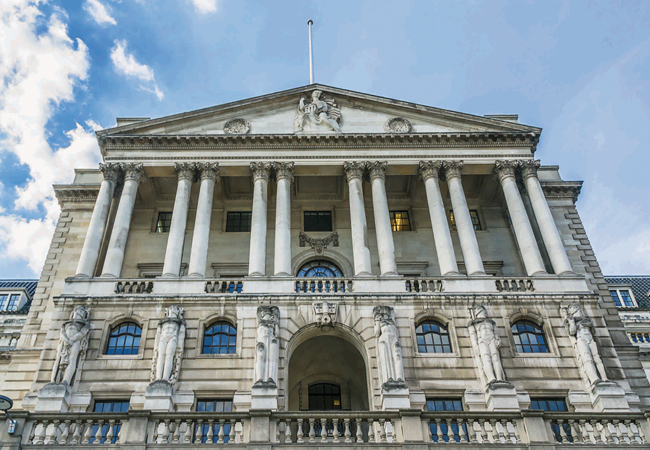 A new cooling system at the Bank of England building, in the City of London, has saved an estimated 48% on cooling energy, which translates to £150,000 a year.

The £6.5m project, implemented over two years, involved replacing three centrifugal chillers and two reciprocating chillers cooling the building – which had a combined capacity of 4.2MW –  with four new variable-speed Carrier chillers. These have an enhanced capacity of 5.8MW, but, despite increased use, energy savings are estimated to be around £3,000 a week.

Motors and drives in the main and secondary air handling units were upgraded, while the building management system (BMS) was enhanced to improve its capability for monitoring and analysis of the systems.

Aecom was commissioned to produce a detailed performance specification for the chiller replacement and related works. This was used as the basis for the chiller and other equipment supply tenders by the main contractor, Interserve Engineering Services.

Crucially, the design was based on a N+1 redundancy approach towards the critical cooling load, including the bank’s data-centre facility, which is considered to be of national importance.

The main challenge, however, was delivering the project while the Grade I-listed building continued to function as normal, fully occupied, without any interruption of cooling to the building or its vital services. 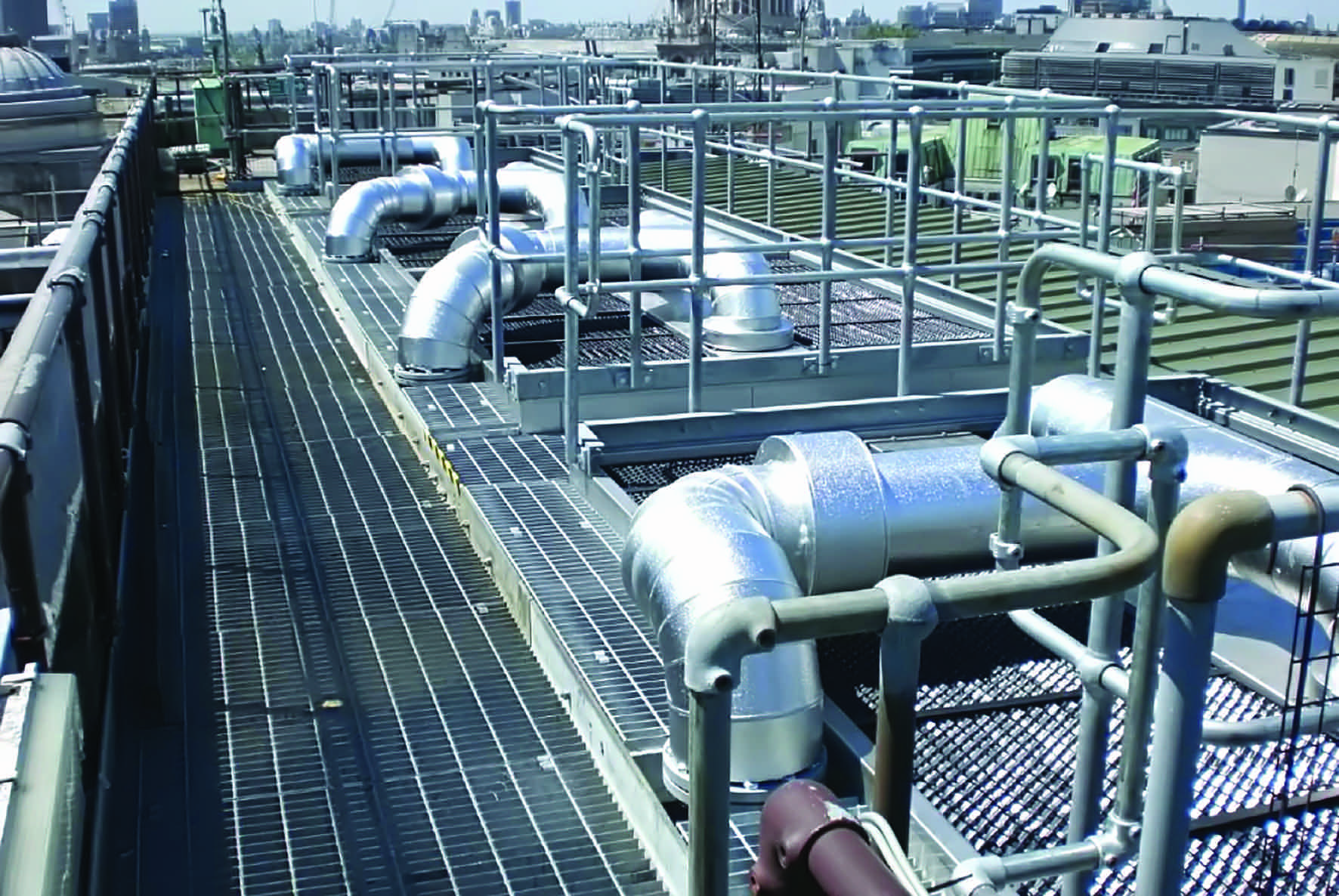 ‘It is akin to servicing a jet airliner while it is in flight,’ says Robert Foster, head of the Bank of England’s operations and maintenance department, which was responsible for the project.

‘Work on the project had to be carefully managed over the 24-month changeover period, to ensure continuity of cooling throughout. Because of its scale and importance for the Bank’s operations, it was a major undertaking, requiring a high degree of planning, collaboration and close working between all parties.’

The new water-cooled screw chiller, equipped with a variable-speed drive and hermetic motors, is able to adjust compressor speed in fine increments, optimising operation for the conditions and load. It enables the chiller to match cooling output to building load precisely, thereby conserving energy.

The unit supplies cooling for the building’s base load. It also has a built-in soft-start, ensuring low current draw and low noise upon start up. Two of the other new chillers are also water-cooled units, based on twin-rotor screw compressors, providing additional cooling on top of the base load.

The fourth, smaller chiller is used as the lead unit during the winter months. Heat is recovered from the chiller to supply the low temperature panel heating system throughout the building.

To even out chiller run time and minimise power use, the controls philosophy was an important part of the design. At the heart of it is the BMS, which sequences the chillers according to building load and ensures system resilience via redundancy. The complete system is fully integrated and visualised across the bank’s BMS network.

Ensuring effective communications between all parts of the system proved to be one of the most technically complex parts of the project. An initial problem was the difference in routing protocols between US- and European-manufactured plant; however, the team traced the source of the problem and established full communications.

The new system, wherever possible, makes use of existing headers and chilled water circuits. But the 1930s building, with its underground plantroom and substation, presented a logistical challenge because access was severely restricted. ‘The plantroom is a bit like a ship’s hold,’ says Foster. ‘There is a hydraulic lift for access, but the space is restricted and difficult to operate in, particularly given the size of the equipment requiring removal and replacement.’

The 1930s building, with its underground plantroom and substation, presented a logistical challenge because access was severely restricted

To manage this, a 16-phase sequencing strategy was needed to prepare for the decommissioning and removal of existing cooling plant, and the installation of the new chillers and cooling towers, controls, pumps and power systems.

Hot tapping and line stopping of the existing system, plus installation of temporary headers, were essential to ensure an uninterrupted chilled water supply throughout the project.

Existing chillers were decommissioned and removed stage by stage, and replacement chillers – dismantled into four sections – were put in. When disassembling the units, the chiller manufacturer kept the refrigerant circuits intact to ensure the factory-finished integrity of the system. Once elements were in place in the plantroom, they were reassembled, and the replacement chillers connected up and commissioned.

Foster, who also manages the bank’s utility budget, says reducing energy costs and related carbon emissions were key drivers. ‘We wanted to ensure resilience was enhanced, while power consumption and ongoing running costs were significantly reduced. We have a responsibility to the environment and society to minimise the impact of our buildings and reduce expenditure on energy. The result of the project is a win-win for both.’ 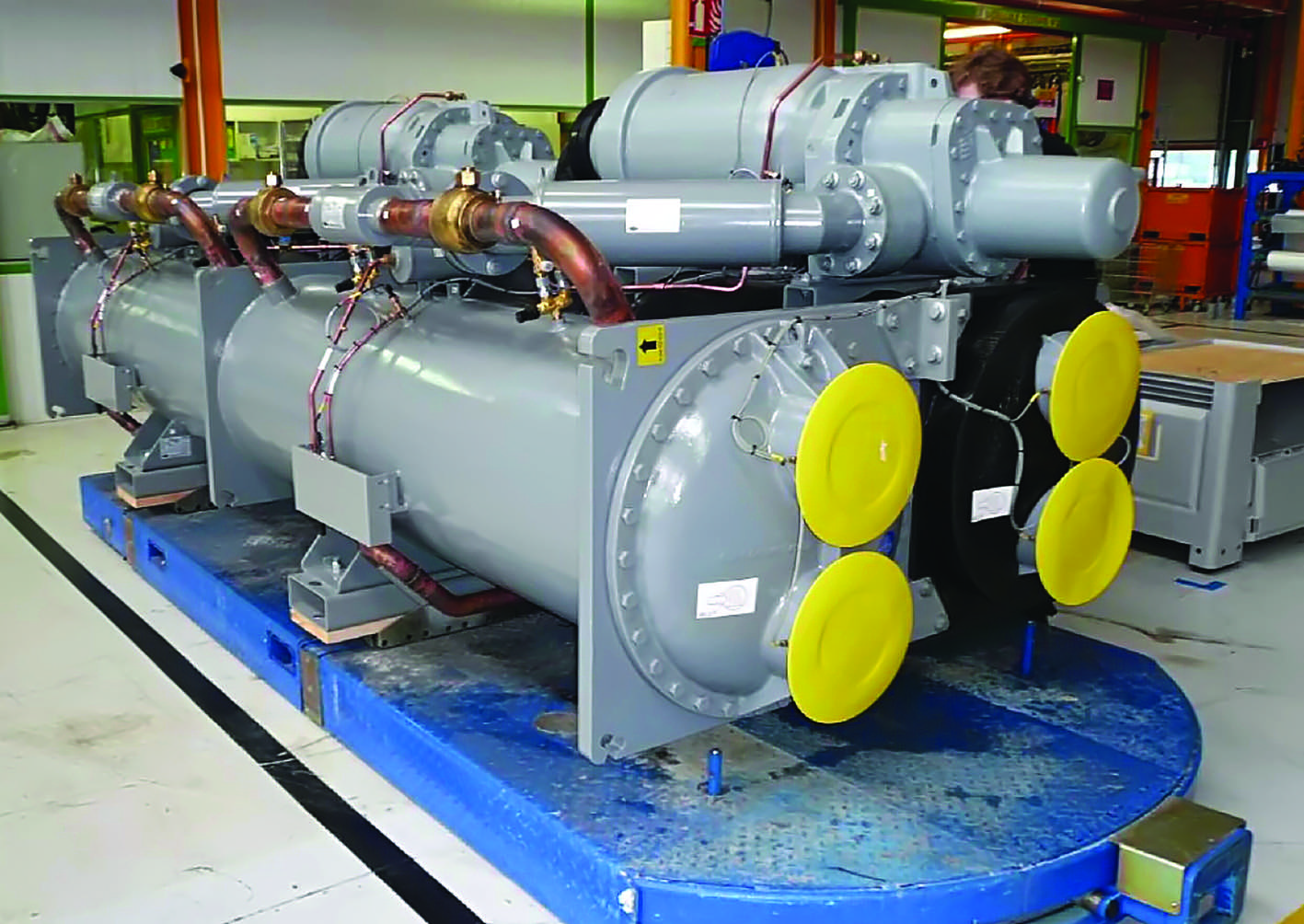 The lead Carrier chiller used at the Bank of England

A three-pronged approach to energy saving was used: a reduction in demand through improved design and building use; improved efficiency because of new and upgraded plant and equipment; and improved management through better monitoring and control. The result is an estimated 48% saving on cooling energy, which translates into a saving of £150,000 a year, or £3m over the 20-year life of the chiller plant. The bank’s carbon emissions have been reduced by 717 tonnes of CO2 equivalent per year, representing an 8% reduction in overall emissions.

The chillers have performed well against the high design specification, and the bank is now realising savings from the efficiency improvements, which will continue to accrue over the plant’s lifetime.

By continually reviewing and upgrading its engineering infrastructure, the bank is striving for best practice, replacing end-of-life plant with the best available technology, while taking advantage of energy saving opportunities.