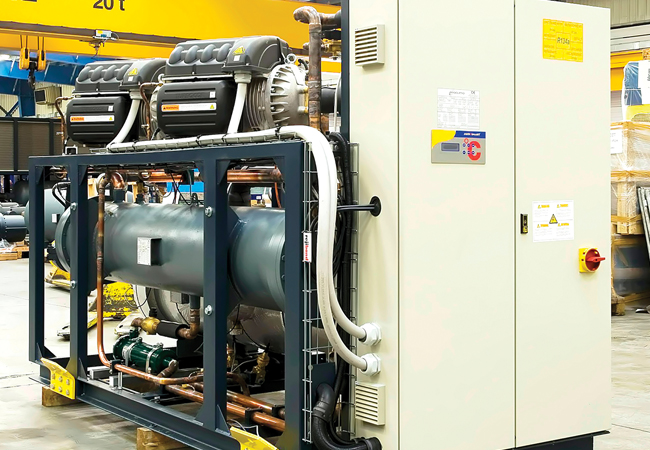 New battery technology is transforming the global car industry. By packing an unprecedented amount of energy into an increasingly compact space and lightweight structure – at an affordable cost – pioneers such as Tesla are making batteries a viable alternative to fossil fuels.

The same properties also make batteries suitable for the powering and controlling of HVAC plant. By integrating advanced battery technology with renewable energy sources and mains power, plant performance can be optimised to increase efficiency and lower running costs.

Some fleet-of-foot pioneers are already working on practical applications. Italian company Geoclima, for example, has developed the Teslamiser, a power supply management system – initially designed for use with chillers – based on Turbocor variable-speed, magnetic-bearing compressor technology. There is no reason, in principle, why the approach cannot be used with any chiller or HVAC system.

At its heart is a compact power pack, based on the latest lithium-polymer batteries, with a converter that controls charge and discharge of power to the chiller. The module can be mounted as an integral part of the chiller or installed remotely and then connected to the unit.

Under the control of an intelligent power management system, the technology automatically optimises energy flows into, within and out of the system, including managing the respective power inputs from the mains electrical supply and renewable sources – such as photovoltaic (PV) panels and wind energy – according to pre-set criteria. This enables the system to harness the preferred energy source at any given time to power the chiller, with the battery pack providing the buffer. The power source selection could be based on the lowest cost or lowest carbon – or even the most profitable– as some energy providers are now paying customers to consume energy at certain times.

Working on a principle similar to night-storage heaters that make use of off-peak electricity, the chiller batteries can be charged at night, when tariffs are lowest or the greenest electricity is available. The accumulated charge can then be used during the day, avoiding peak electricity costs. This delivers significant savings, given the typical 15-20% reduction in night-time energy costs. However, there are further significant savings to be made by limiting peak-power demand on site, using the batteries to augment mains supply and renewable inputs to keep peak power within a predetermined limit.

This approach, known as peak lopping or demand side response, is becoming increasingly attractive for two reasons. First, the closure of older, more polluting power stations – to comply with European carbon-reduction and clean-air targets – is putting pressure on the availability of peak-time energy supply; second, the continuing rollout of so-called smart metering will result in costs for peak power being driven higher – much more than costs for off-peak power are reduced. 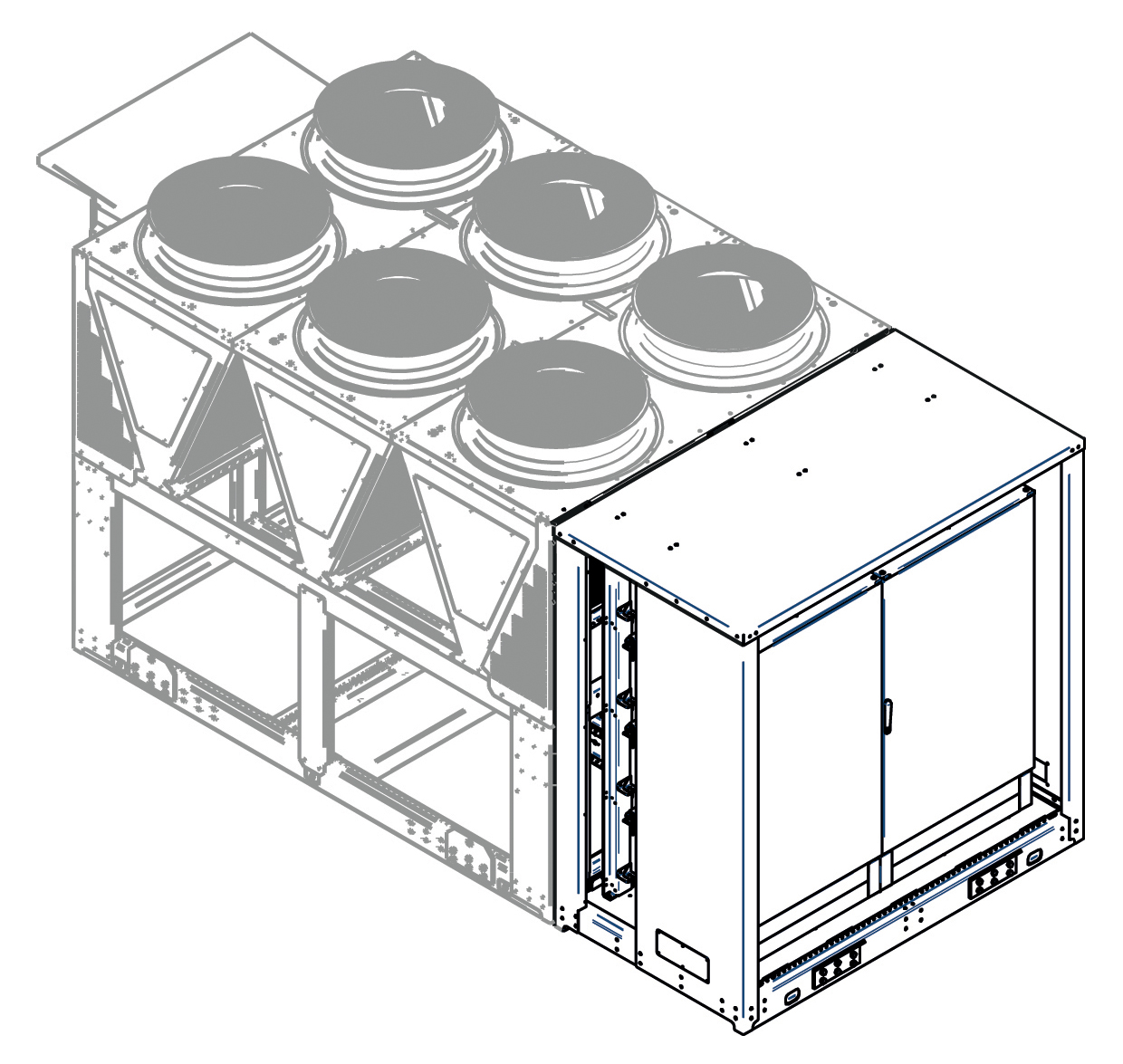 The standard modules are designed to be connected to a single Turbocor compressor unit. Each battery can store a total of around 73kWh of energy, divided into four modules and connected in series. The modules can be scaled up according to requirements, with several packs linked to an appropriate converter/inverter, suitably rated to manage the total energy.

An internal control system on the battery modules monitors the power status continually and optimises the operation of the converter/inverter. This works in tandem with a stainless-steel box to manage the battery environment, to preserve and extend the life of the battery rack.

An essential aspect of the approach is the close integration of the chiller, battery pack, renewable energy inputs and mains supply. Geoclima’s custom algorithms are designed to make the most of free energy from renewable – or even profitable – sources and low-cost energy from the batteries, and to manage the mix of mains supply, battery augmentation and renewable inputs, to deliver the optimum chiller performance for the lowest possible cost.

A further advantage of the system is that it can operate as an uninterruptible power supply (UPS), maintaining plant operation in the event of a power cut for long enough to restore normal operating conditions. UPS comes as standard, rather than as an expensive add-on, providing a high level of resilience that may previously have been out of reach for many installations.

There are exciting possibilities for extending the capabilities of these technologies, to include intelligent recovery of energy directly from the chiller to charge the batteries. This would create a total energy system that optimises power from all sources – mains, renewable and self-generated – for even greater efficiency.

Photovoltaics are another part of the equation. PV-powered centrifugal chillers and variable refrigerant flow (VRF) systems are now available – for example, from Gree. One of the major attractions of PV is that, as well as providing low-cost, low-carbon energy for powering plant, there is potential for earning revenue from unneeded electricity returned to the grid.

We are working to bring together the best-available PV technology with the latest lithium battery systems and world-leading chillers, integrated under the management of an advanced intelligent control system. In future, we believe all HVAC systems will be designed and built as total energy systems. From thermodynamic, economic and environmental perspectives, it is the only rational way to go. 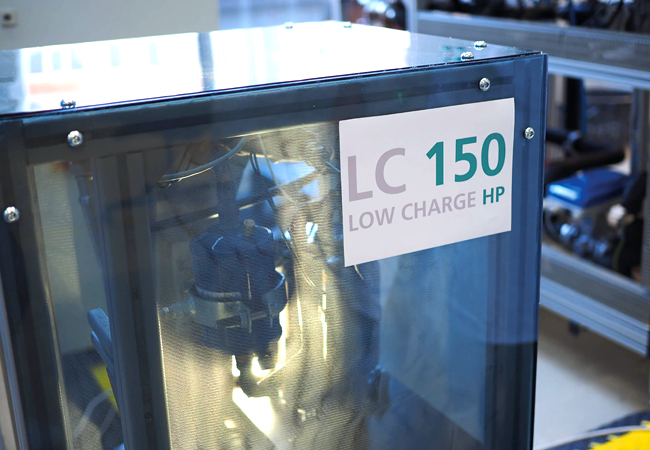 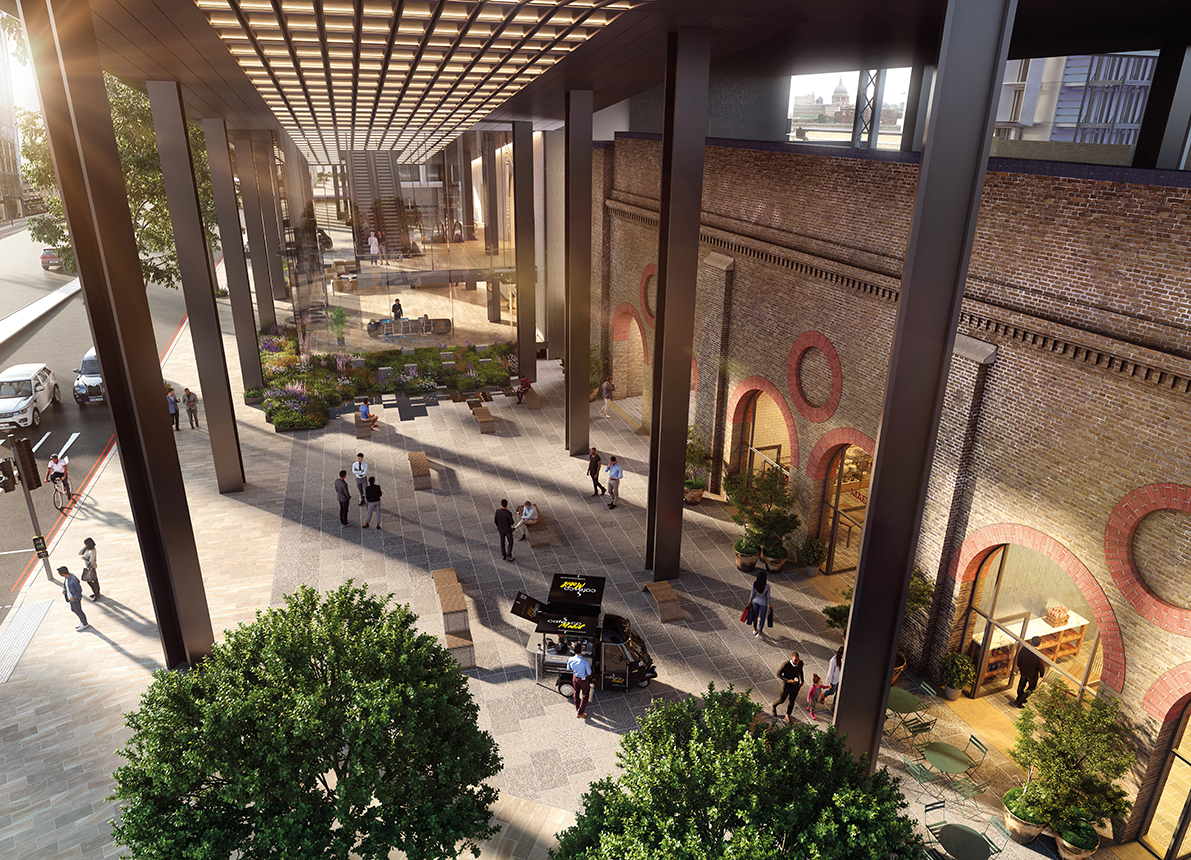