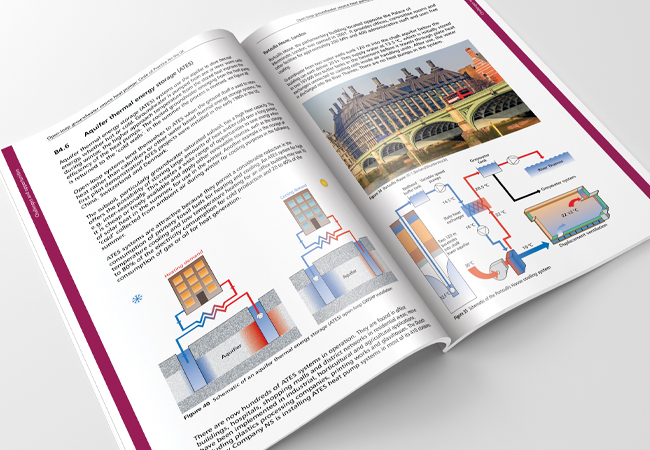 A new code of practice on open-loop groundwater source heat pumps (GWSHPs) has just been published by CIBSE in partnership with the Ground Source Heat Pump Association (GSHPA).

CP3 Open-loop groundwater source heat pumps: code of practice for the UK is the third in the series of guidance documents for heat networks published by CIBSE. It sets minimum standards for a technology that has huge potential to decarbonise energy use in the UK, especially as grid electricity carbon factors fall.

Harnessing renewable energy from water wells and mine water represents a huge opportunity to provide low carbon heating and cooling to buildings. However, GWSHPs remain poorly understood and under-used in the UK – so CP3 aims to help rectify this situation.

Open-loop GWSHPs use groundwater abstracted through a heat pump then returned to the ground via a reinjection borehole. This is non-consumptive, with all the water being returned, but at a different temperature (see Figure 1). An Environment Agency (EA) abstraction licence may be required, but following CP3 will help with this.

Water is usually drawn from an aquifer, but mine water is another possibility that the Coal Authority is investigating at a number of sites. Domestic-scale GWSHPs are possible, but large-scale installations – often involving heat networks – usually offer greater economies of scale.

Heat pumps provide heating and cooling simultaneously or in switch-over between seasons. Aquifer thermal energy storage (ATES), which stores heat between summer and winter, can be achieved depending on geology. This ensures a balanced temperature within the aquifer, so avoiding overcooling/heating the groundwater. When cooling, electric chillers can be displaced, so the economics are much more compelling than a heat-only scheme. As the climate warms, this will become more important, as cooling demand rises and space heating declines. 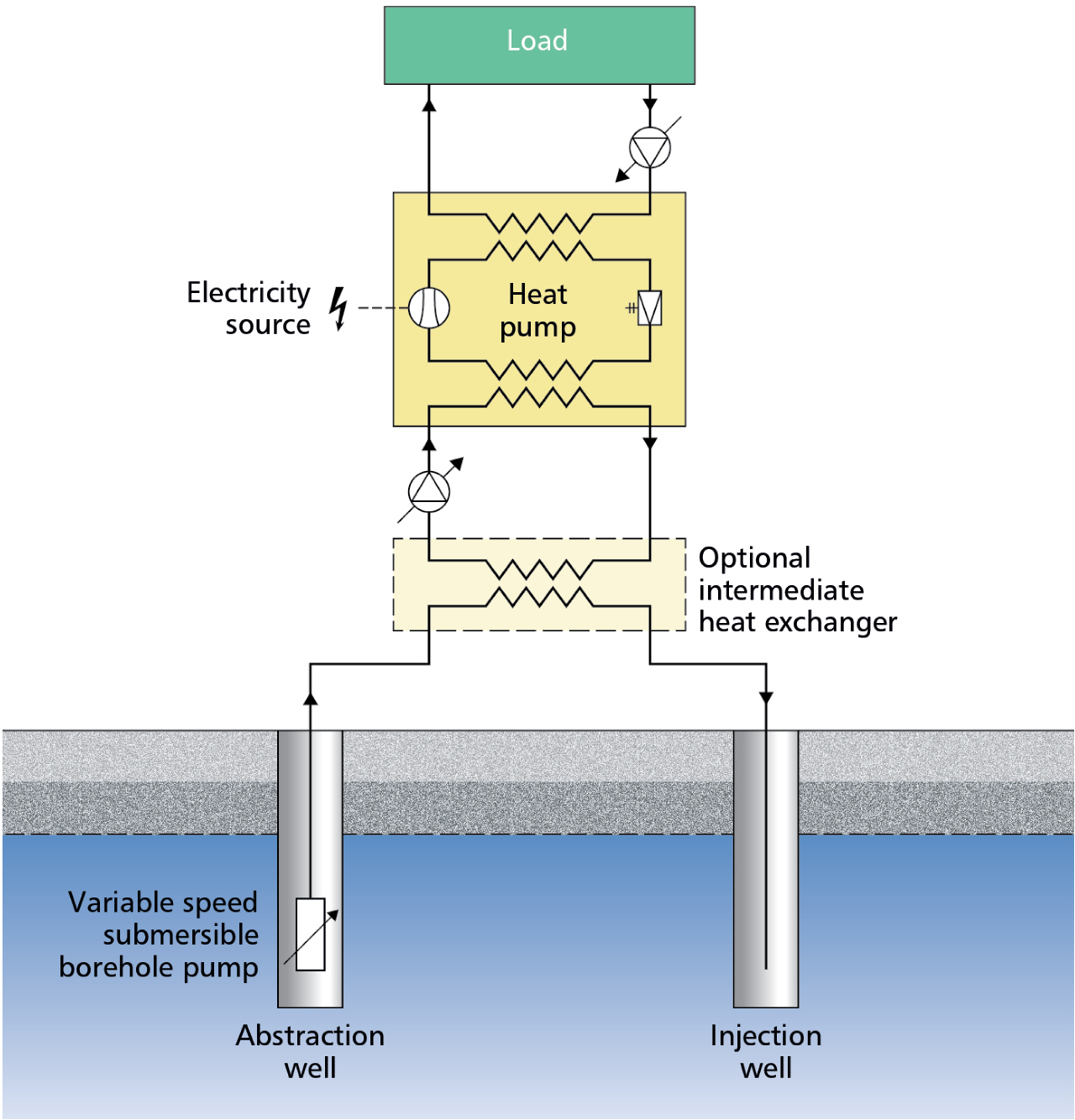 Figure 1: Extraction and reinjection of groundwater in an open-loop GWSHP

An advantage of ATES is the fairly constant temperature of the aquifer water at 12-14°C. By comparison, surface water, rivers and lakes, fluctuate from 3°C in winter to 25°C in summer. This constant groundwater temperature offers year-round efficiencies, with seasonal coefficients of performance (CoPs) of 3 to 5 and greater. Opportunities for ‘almost free’ passive cooling offer extremely high CoPs. A better measure of these systems is the seasonal performance factor (SPF), including all the energy used and supplied, in particular the borehole pump. This is covered in detail by CP3. Although boreholes can be expensive to drill, they represent a long-term asset way beyond the life of the heat pump itself.

With the decarbonisation of the electricity grid and high SPFs, carbon savings are considerable. A number of studies (some through the BEIS Heat Networks Delivery Unit) show that large-scale heat pumps easily beat CHP on carbon savings. CHP is still generally winning on economics, however, mainly because of the low cost of gas in the UK. GWSHPs show good viability, but CHP produces high-value electricity, resulting in a client dilemma: do I go for the highest cost savings or the highest carbon savings? Given the urgency of the climate problem, the route should be long-term carbon, not short-term operational cost. However, the added potential for load shifting to run heat pumps when electricity is either lower cost or lower carbon, or both, could offer opportunities to financially outscore CHP, even at today’s raw utility pricing.

The Renewable Heat Incentive (RHI) is a huge support, but why do heat pumps need this sort of subsidy? It’s simply because gas is too cheap (being effectively subsidised) and this reduces the value of low carbon heat compared to electricity – the UK spark gap is one of the biggest in Europe. If gas was double the price, as in some other countries, subsidy support may not be needed.

The RHI has picked up the financial gap, but is closing in April 2021. Referee! Can we have a level playing field please? Will a follow-on scheme take its place? Work continues on this but, in parallel, changes to Building Regulations and to planning law will encourage low carbon heat in preference to low carbon electricity in the built environment.

Local geology and borehole yield need early consideration. If the geology isn’t right, you could be looking down the wrong well

Local geology and borehole yield need early consideration. Wells may be ~120m deep to reach the groundwater; if the geology isn’t right, however, you could be looking down the wrong well. This needs specialist input from those who understand the detailed geology. It‘s about the science, and risk management and mitigation – CP3 says more on this.

Another significant factor is locating boreholes too close together, which can result in thermal breakthrough (essentially recirculation in the aquifer). CP3 discusses well spacing. Again, this is highly dependent on the local geology, so it is important to obtain advice from a specialist hydrogeologist and to consult the EA about any potential issues. The well heads can be as simple as an unobtrusive manhole cover in the street, so location can be less of an issue than people think, although drilling rig access can be a challenge.

A very early conversation with the EA is essential, long before a full application for an abstraction licence. The EA will check for obvious issues, such as others already abstracting in the same area. CP3 also addresses the temperature change between abstraction and injection, because this figure is likely to be an EA stipulation. Essentially, if you follow CP3, the EA application should go smoothly – but start early.

A code of practice to decarbonise heat

If GWSHPs are to form a significant part of our future low carbon energy infrastructure, they need to be designed, built, operated and maintained to the highest level, to deliver customer satisfaction. CP3 has  been produced to help achieve these aims by raising standards across the supply chain, thereby encouraging adoption.

Setting minimum requirements for a project – and recommending best practice – will provide greater confidence to specifiers and developers. CP3 can be included in the tendering/contracting process to specify these. In turn, the adoption of this code of practice by developers will give assurance to customers and property purchasers that their GWSHP scheme has followed a set of design, installation and commissioning standards. So CP3 should have a significant effect on the GWSHP market by boosting confidence across the board.

Replacing or extending the RHI is essential if the heat-pump sector is going to compete with current gas pricing – but, more fundamentally, we’ve got to stop burning stuff, and move to a more renewable-based energy system. Using heat in groundwater will play a key part in this, and CP3 offers everything you need to get this technology right. May the code be with you. Go on… open the loop.