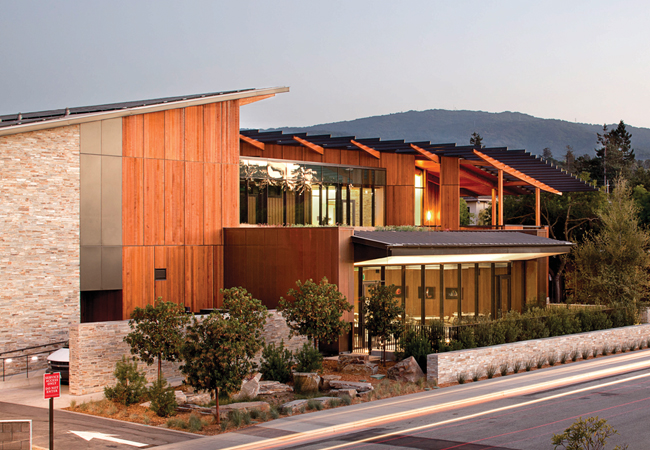 The Packard Foundation was set up by David Packard, co-founder of Hewlett Packard, and his wife, Lucile, to give grants to not-for-profit organisations, including those working to conserve and restore the Earth’s natural systems.

Given its remit, it will come as no surprise that the organisation – when looking for new headquarters in Los Altos, California – used the opportunity to inspire others to build more sustainably. 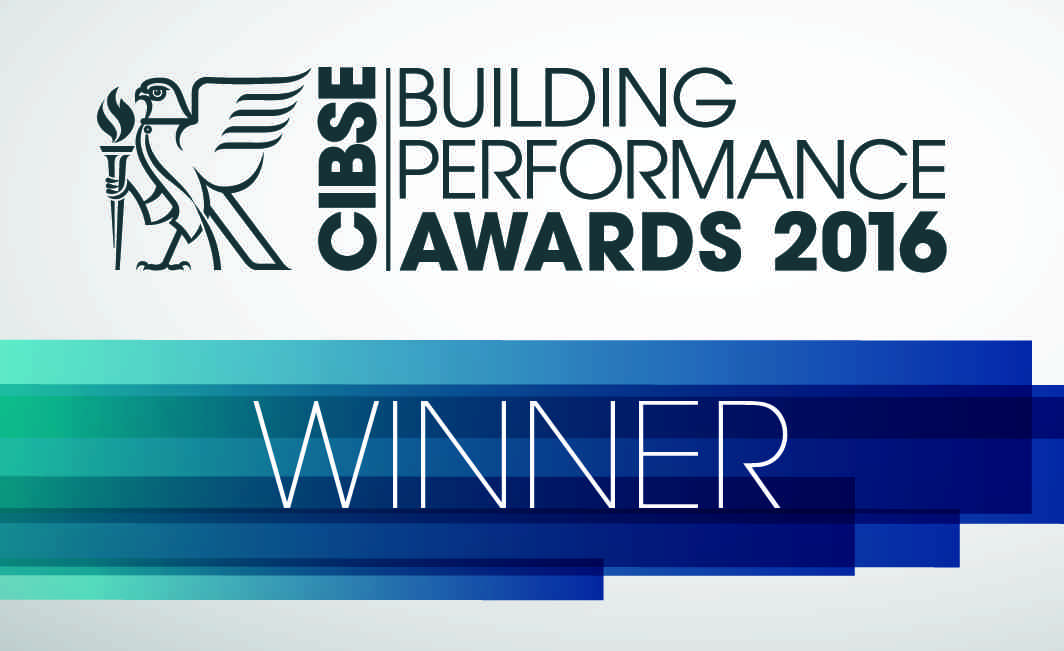 Entries for the CIBSE Building Performance Awards 2017 are now open. The deadline for entries is Thursday 15 September. Visit www.cibse.org/bpa

The £25.5m facility the team designed opened in July 2012 and, nine months later, the scheme had met its net zero energy target. In fact, by the end of the year, the scheme had generated 67MWh more energy than it had used.

This outstanding achievement was recognised by the judges at this year’s CIBSE Building Performance Awards, where the scheme won the Project of the Year – International category.

Underpinning the Packard Foundation headquarter’s net zero energy credentials is its low-energy design, which minimises the amount of energy needed to maintain a comfortable working environment.

The architect, engineers and contractor worked together to complete a climate and weather analysis, and a daylight and sun-path analysis. They also initiated a study to predict electrical plug-loads, and made recommendations as to how these could be reduced. ‘You have to start by designing a building to minimise all envelope loads,’ says Eric Soladay Solrain, managing principal of Integral Group.

The analysis-driven design for the 4,500m2 scheme has resulted in two slender, two-storey wings of offices flanking a central courtyard incorporating mature trees. This courtyard is enclosed by smaller blocks – housing meeting rooms and communal spaces – at each end, linking the office wings.

To minimise the building’s visual impact, the architect has orientated it to align with the local street grid, so the long façade of the building faces south west, 40 degrees from due south. ‘The orientation created a challenge from an energy-use and comfort perspective; we’d have preferred to orientate the building with its long façade facing due south, to control solar gain,’ Solrain says.

The weather and sun-path analysis informed the solar-shading design to prevent unwanted heat gains. As a result, the scheme includes an overhanging roof, balconies on the upper floor, strategically planted trees, interior blinds, and even motorised exterior blinds on all of the courtyard windows. 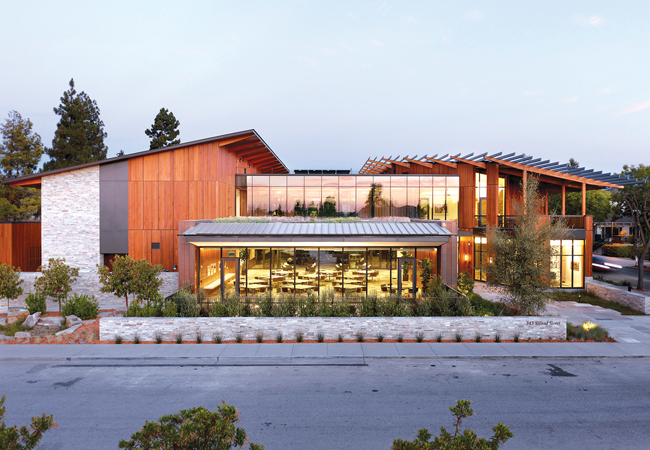 Site and sun-path analysis also informed the design of the courtyard and narrow floor plans, to optimise the use of daylight to ensure the majority of spaces were fully day-lit. Extensive daylight modelling helped inform the triple-glazed window placement and the amount of shading to prevent excessive glare. Ambient light levels are dimmed in response to daylight levels, while task lighting is all low-energy LEDs.

The design embraces the benign Californian climate with a mixed-mode ventilation solution. ‘We have a very mild climate, with mild heating and cooling needs,’ says Solrain. ‘If you work with our environment it’s beautiful, and you can maximise the California quality.’

For most of the year, occupants have access to openable windows and the landscaped courtyard for informal meetings. Rainwater to irrigate the plants is collected from the roofs and stored in an underground tank.

The openable windows allow the building to be naturally ventilated for up to nine months of the year ‘to enable people to connect to the environment’, says Solrain. For peak summer – August/September – a highly efficient chilled beam system helps keep conditions comfortable while minimising the demand for the energy generated by a large roof-mounted photovoltaic array.

The cost of different low-energy servicing solutions was measured in the context of the contribution they would make to reducing the size – and, hence, the cost – of the solar array; the smaller the energy demand, the less the area of PV required to offset that energy. The two-pipe active chilled beam system aligns with this strategy.

Active chilled beams operate by delivering tempered ventilation air to each space through linear nozzles; the jets of air induce room air to move across chilled water coils within the chilled beam diffuser, which cools the room. Air is induced at a ratio of three parts room air to one part supply air. A dedicated thermostatic valve for each chilled beam, linked to a wall-mounted controller in each office, gives control to users.

The use of chilled beams also enables the supply of fresh air to be decoupled from the cooling needs of the space, with the cooling load met simply by increasing or decreasing the flow of chilled water to the beam.

Post-occupancy feedback shows overall occupant satisfaction at 97% and thermal comfort satisfaction in the 96th percentile, proving that it is possible to design and build a net zero energy building without sacrificing comfort

Fresh air is supplied from a dedicated outside air ventilation unit. The volume delivered is varied to meet a target CO2 level of 700ppm, so the system typically operates with airflows less than design ventilation rates, although airflows are maintained to exceed ASHRAE minimum requirements of healthy indoor air by 30%.

The chilled water for the system is produced by plant designed to exploit the summertime diurnal temperature swings in Los Altos. Cool night air is used to ‘free cool’ a two-cell 1,700W cooling tower, which chills the water to 14.5°C, without the need for a compressor. This chilled water is stored in a 190,000-litre storage tank for use during the day. 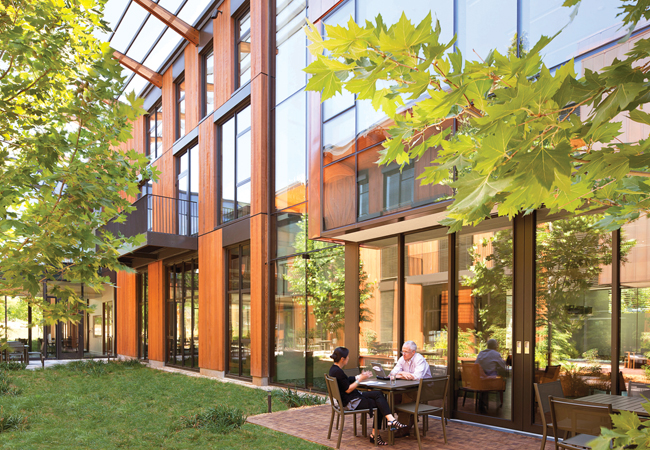 Outside air is also used to heat the building. The HQ does not have a separate heating system; a system of hot water pipes to deliver heat to the chilled beams was considered, as was a perimeter heating system, but both were rejected in favour of spending the money on enhancing the thermal efficiency of the building envelope.

Upgrading to triple-glazing resulted in £50,000 first cost savings by eliminating the need for a £100,000 perimeter heating system and a £200,000 PV system downsize, coupled with smaller and fewer pumps and fans.

The façade upgrade enabled morning warm-up during the heating season to be accomplished using the dedicated outside air ventilation system alone, by simply heating the fresh air to 25°C using heat produced by a 250kW air source heat pump and stored in a 2,100-litre buffer vessel. ‘Normally, gas heat is used in California but, to meet the net zero goal, we had to use electricity,’ says Solrain. Once up to temperature, internal loads are sufficient to maintain temperatures for the remainder of the day. The use of thermal storage and the morning warm-up cycle also shifts energy use away from peak-use times, when utility rates are highest. 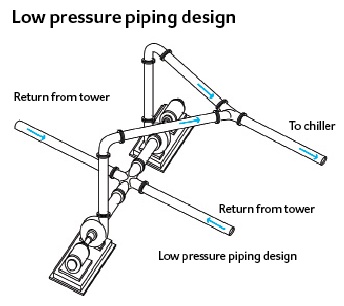 To reduce friction, the scheme uses generously sized ducts and pipes throughout and, wherever possible, 45° fittings, as opposed to 90 degree elbows.

The benefit of highly insulated walls, energy efficient building services and distribution systems is that this building uses 46% less energy than a typical Los Altos office, even before the building’s 301kW rooftop PV array is considered. In total, the PV system capital cost saving was £3,230,000 (64%) at £5,800/kW in comparison to the size necessary to offset the energy use of a traditional office. These savings more than paid for building efficiency upgrades, with an incremental cost premium estimated at £620,000. Using the PV watts approximate annual energy cost savings of £34,000 per year, an estimated simple payback for building upgrade incremental premium costs is 18.5 years.

An additional benefit of downsizing and simplifying the mechanical systems is a significant reduction in maintenance needs. Fewer pumps are used; the thermostatic valve and wall-mounted sensor for the chilled beams require no electrical or central control system connection. Equipment operating hours are reduced by exploiting natural ventilation and optimised daylighting, extending equipment life and reducing maintenance needs. The use of variable frequency drives on the motors also helps to prolong their life. 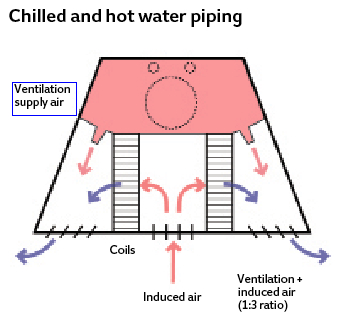 The system is connected to a BMS and Building Dashboard. System-level metering provides accurate energy consumption data. Individual branch-circuit monitoring is used so that each load can be pinpointed and equipment that consumes large amounts of power identified.

This monitoring is accomplished using electric panel-boards specifically designed for the task. Data can be extracted from the panel-boards’ integrated data logger. The 15,000 monitoring devices and control points are connected to the building supervisory control and data acquisition (SCADA) system. ‘We became the commissioning agent in addition to design engineers; we would do weekly and monthly monitoring to ensure the design intent was being met to make sure the energy use was what we expected,’ says Solrain.

Optimising the performance of some systems was not without its challenges, however (see box, ‘Lessons learned’). ‘One thing we learned in the building’s first year of operation was that the California energy guidelines overstated how much cooling is required, and understated the amount of heating energy required because we were misusing the cooling,’ says Solrain. ‘We have cheap gas so people use it in the middle of summer to reheat air that has been overcooled – it’s akin to driving with one foot on the accelerator and the other on the brake.’

There is no simultaneous heating and cooling of the Packard Foundation building – it is only ever heated or cooled as required.

The net positive energy building has achieved the Packard Foundation’s goal of creating a building that is attractive, innovative, healthy and comfortable. Surveys of the 120 occupants have reported superior comfort, acoustics, healthy indoor air, abundant natural light and an overall pleasant environment. In fact, post-occupancy feedback shows overall occupant satisfaction at 97% and thermal comfort satisfaction in the 96th percentile, proving that it is possible to design and construct a net zero energy building without sacrificing comfort.

In addition to CIBSE, the Packard Foundation HQ has been recognised by a host of other organisations. It has earned Net Zero Certification through the International Living Future Institute, a Leed Platinum rating from the US Green Building Council, and the ASHRAE Award of Engineering Excellence – only the fourth such building to do so – all of which makes it an inspiration to others. 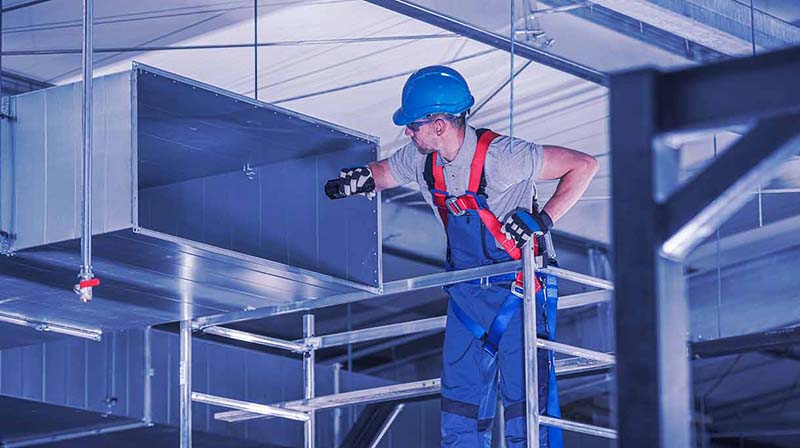 Why buying a CO2 monitor for your workplace is not enough 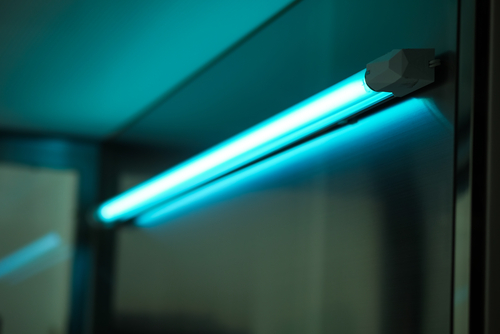 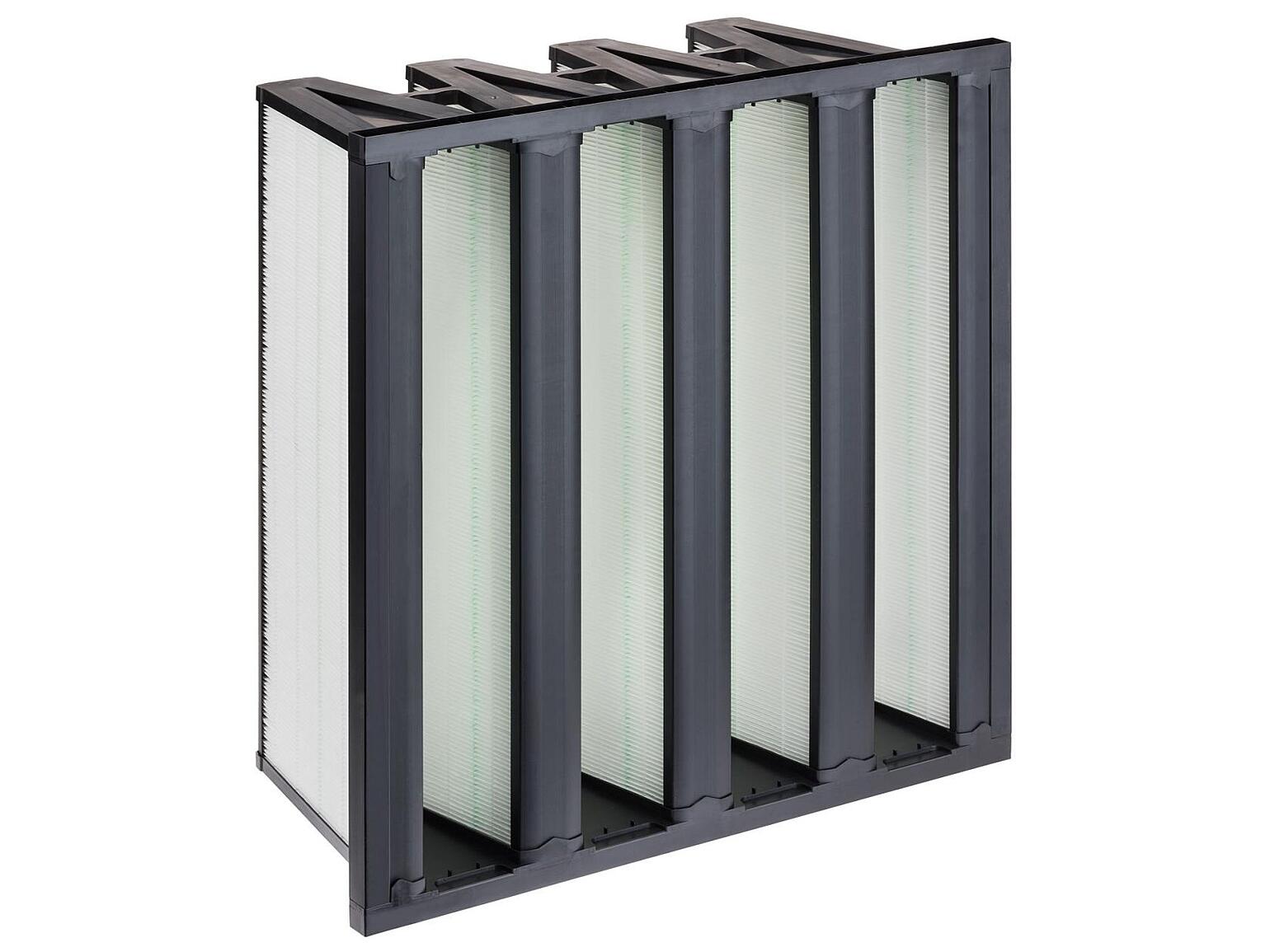 Reducing airborne particulates is for life, not just for covid