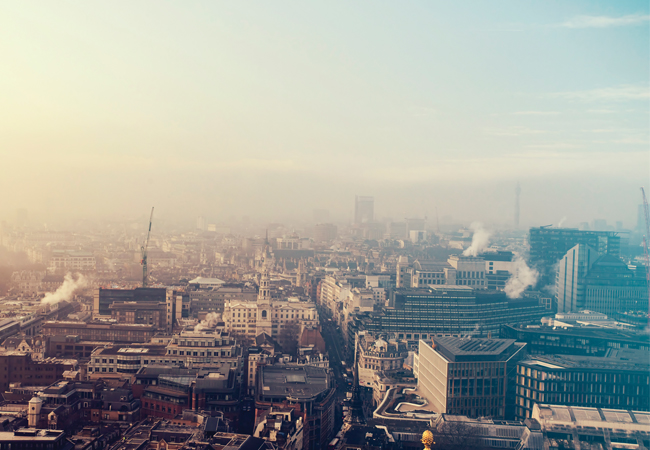 Fine dust particles of diameters 2.5 microns (designated PM2.5) and less have harmful effects on people’s respiratory systems when inhaled. Ultrafine particles of 0.1 microns can pass into the blood system, which carries them to the heart and around the body. Particles also become permanently embedded in the lungs, reducing their capacity and making it more difficult to breathe. Analyses have shown traces of heavy metals and organic carcinogens form part of the total distribution of these particulates.

According to a 2013 report, Clean Air London, the quality of air in urban areas can be worse inside buildings than outside. The most common forms of pollution at and above molecular level are fine and ultrafine particulate matter, for example ≤PM2.5, including particulates emitted from traffic exhausts, power stations and bio-aerosols. Without filtration, more than 50% of indoor air pollution comes from outside. 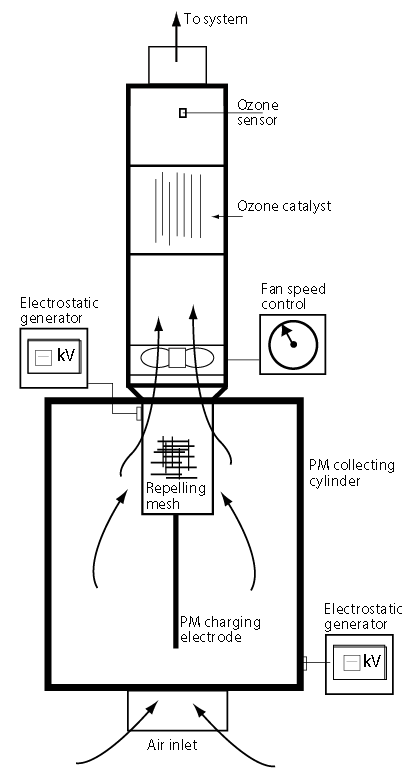 Figure1: Cross-section of the new ESP design, including a catalyst and ozone sensor

A study conducted by the EU air quality and emissions policy committee concluded: ‘As buildings become virtually “airtight” to improve energy efficiency, it becomes increasingly important to install efficient air-filtration devices as a minimum requirement and as part of their ventilation systems.’

An efficient and reliable method of preventing particulate matter from entering (and leaving) non-residential buildings must be sought. There are viable choices, such as fabric filtration, cyclonic separation and electrostatic precipitation. This article focuses on electrostatic precipitators (ESPs), which all operate in much the same way. Incoming PM receives an electrostatic charge, which causes it to migrate to one or more oppositely charged or grounded collecting surfaces. The PM builds up on the collecting surface, where it remains until removed by mechanical means, such as rapping, where vibrations imparted to the electrodes remove the collected particles. During removal, the ‘caked’ PM falls into storage hoppers, although a significant amount becomes re-entrained in the gas flow. In single-section ESPs, re-entrained particles are carried through to the atmosphere. To meet specified emission targets, some precipitators are built with two or more sections aligned in series. Each section reduces re-entrainment until the specification is met.

The layer of ozone surrounding the Earth in the stratosphere is beneficial to life because it absorbs harmful ultra-violet radiation emitted from the sun. Unfortunately, ozone is also found in the troposphere, from ground level upwards, where it is harmful to life above certain concentrations. Ozone is a powerful oxidant that reacts with the body’s internal tissues – even short-term exposure can cause shortness of breath and chest pain. According to Reiser et al and Witschi, long-term exposure can lead to severe respiratory discomfort and, possibly, lung cancer.

ESPs, operating at high voltages, produce ozone to unacceptable levels that must not be distributed throughout a building

Another property of ozone to be considered, especially in the built environment, is its half-life. The work of McClurkin et al indicates that, in closed environments, this is dependent on air circulation, temperature and humidity, and may be much longer (up to 24 hours) than indicated previously in published data (30-40 minutes). ESPs, operating at high voltages, produce ozone to unacceptable levels that must not be distributed throughout a building. Ozone generation occurs as a result of the coronal discharge at the electrodes during particle charging. As health, safety and environmental protection pressures grow, the necessity to contain and destroy ozone at – or close to – any source intensifies. This summary discusses one method by which ozone is degraded within an ESP system. 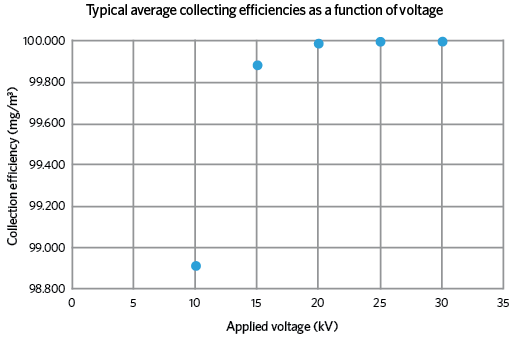 A catalyst for change

There is no reason why ESPs should not become a standard part of an air handling unit if a catalyst is introduced that removes ozone. The collection efficiency of these devices across a broad range of particle sizes is high and, unlike fabric or mat-type filters, the pressure drop across them is low and remains constant, offering considerable savings in running costs.

Figure 1 is a cross-section through a new design of precipitator that is being researched and developed by the author, which addresses the perennial problem of re-entrainment. Dust particles are charged on entry by the centrally located ‘wire’ electrode; these then migrate towards the oppositely charged or grounded collecting cylinder, where they slowly build up into a cake, which is routinely removed. An additional feature of this design is the fine, stainless steel mesh cylinder, which is sealed round the exit aperture and given the same charge as the particles. This causes a repelling action that forces the particles towards the collecting cylinder, but allows the uncharged, cleaner air to pass through. This considerably increases the overall collecting efficiency of the device (see Figure 2).

In catalytic decomposition, the atomic structure of a molecule can be changed without the catalyst undergoing chemical change. With ozone, this is achieved by the transient adsorption of the loosely bonded oxygen atoms in its molecules. Desorption takes place rapidly, leaving spaces on the catalyst’s surface for a continuous adsorptive/desorptive process. 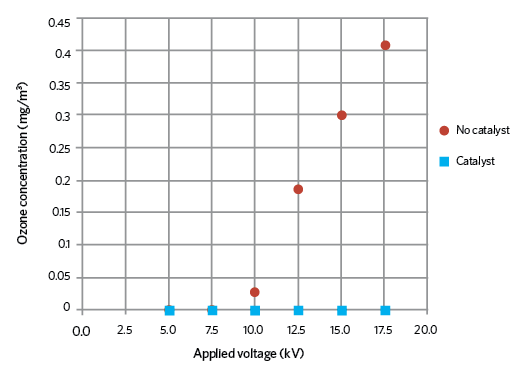 Figure 3: Ozone concentrations with and without catalyst

The catalyst material chosen during tests was fine manganese dioxide (MnO2) powder, which does not pose a threat to health and safety, or damage the environment. Figure 3 shows the rise in ozone production as the applied voltage increases with no catalyst, and that there was no detectable ozone when the catalyst was in place. From the ESPs inlet to outlet, there is negligible pressure drop when using an ozone catalyst. This remains constant because there is no interruption to the airflow.

The American ceramic ozone catalyst tested indicated a pressure drop across of 50Pa at an air velocity of 2.5m·s-1. The author has designed a catalyst that, it is hoped, will match – or improve on – this performance.

The efficiency of ESPs can be as high as any other system given the right design for each application. By incorporating a catalyst, it is possible to control ozone that is drawn into and produced by ESPs operating at ambient temperature (~20°C) and pressure (1 bar).

By absorption
This method was only researched briefly. Chemicals such as bromine, iodine and chlorine all react with, and destabilise, ozone. Conceptually, chemical degradation works, as proven by the depletion of ozone in the stratosphere. However, this method would not be conducive to good engineering practice in the troposphere because the nature of these potentially harmful chemicals as the methods of employment may not meet health and safety guidelines. In addition, the process is absorption, so the chemicals are subject to degradation, giving them a limited best-performance lifespan.

■ Derek Wardle is a PhD researcher at Staffordshire University