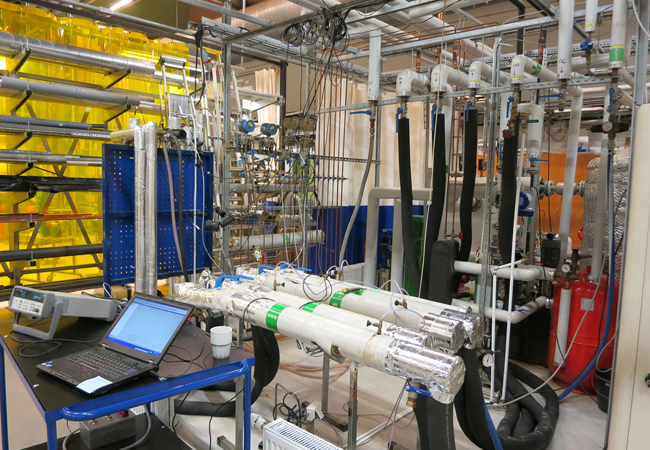 Analysing data to shine a light on building performance may be in its infancy, but it is already identifying significant issues that affect the efficient operation of heating and cooling systems.

In one study, by energy consultant FairHeat, an analysis of energy meter readings revealed the extent of poor performance in heat networks, resulting in large heating bills for occupants and untenable costs for energy service companies (Escos) (see On a mission, CIBSE Journal, May 2016).

FairHeat’s study showed that one of the key factors affecting heat networks was the performance of heat interface units (HIUs). A single, poorly commissioned HIU could be responsible for the underperformance of an entire network, its data shared. Problems included poorly controlled valves, and oversized and inefficient plates.

To improve the situation, a new HIU test regime has been launched in the UK, with the aim of ensuring units are specified, installed and operated appropriately for the heat network. ‘HIUs have a major impact on the overall performance of heat networks,’ says Gareth Jones, managing director at FairHeat, which has been overseeing the development of the test regime. ‘If HIUs perform poorly, it is very difficult to limit network losses and achieve a low cost of heat.’ 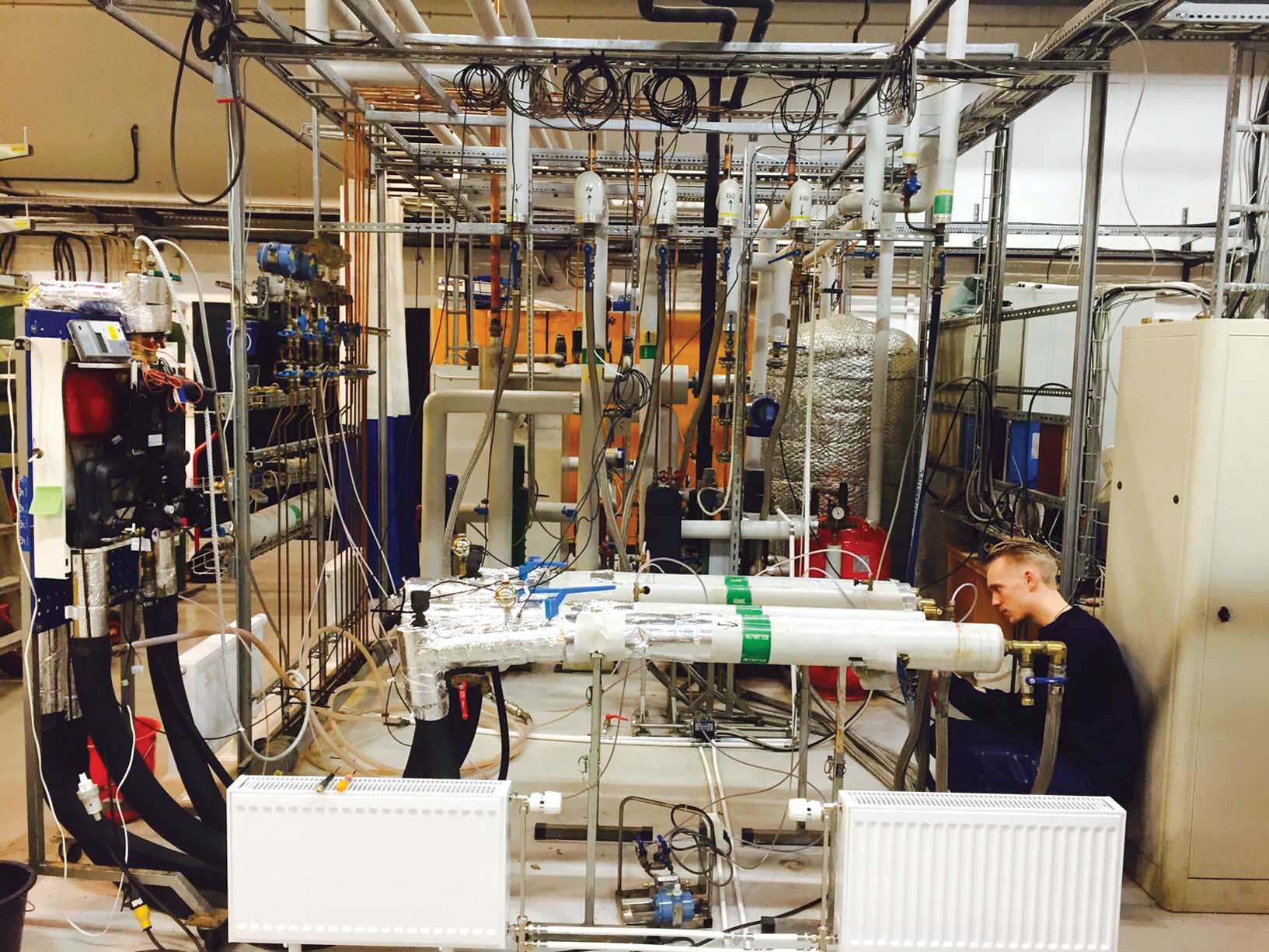 The UK HIU test regime has the full weight of industry behind it, from manufacturers to Escos, as well as the government department responsible for heat. Its steering group includes experts from CIBSE, BESA, BEIS, E.ON, SSE, and Carbon Alternatives. For the first time, the test allows manufacturers to evaluate the performance of HIUs, and gives designers the opportunity to see the impact of a particular unit on networks.

The test regime works in parallel with the CIBSE/ADE CP1 Heat Networks Code of Practice, which sets out minimum specification and design standards for heat networks. New CP1 Client Checklists enable operators to assess performance through the development process, and include HIU performance targets. They are supported by a new Code of Practice Compliance Scheme, which will check that the HIUs and heat network are complying with the code at design, commissioning and operation stage.

The new regime will mean contractors can no longer change the specification of the HIU without considering the impact on performance, says Jones. ‘Before these tests, there was no way of knowing what an equivalent unit was when the specification stated “equal” or “approved”. Now you do,’ he adds. Richard Hanson-Graville, technical manager at Thermal Integration, agrees: ‘Nobody had any figures to judge performance – that is why the district heating industry has ghastly installations over the past 10 years. It’s all been about specifying cheaper HIUs.’ 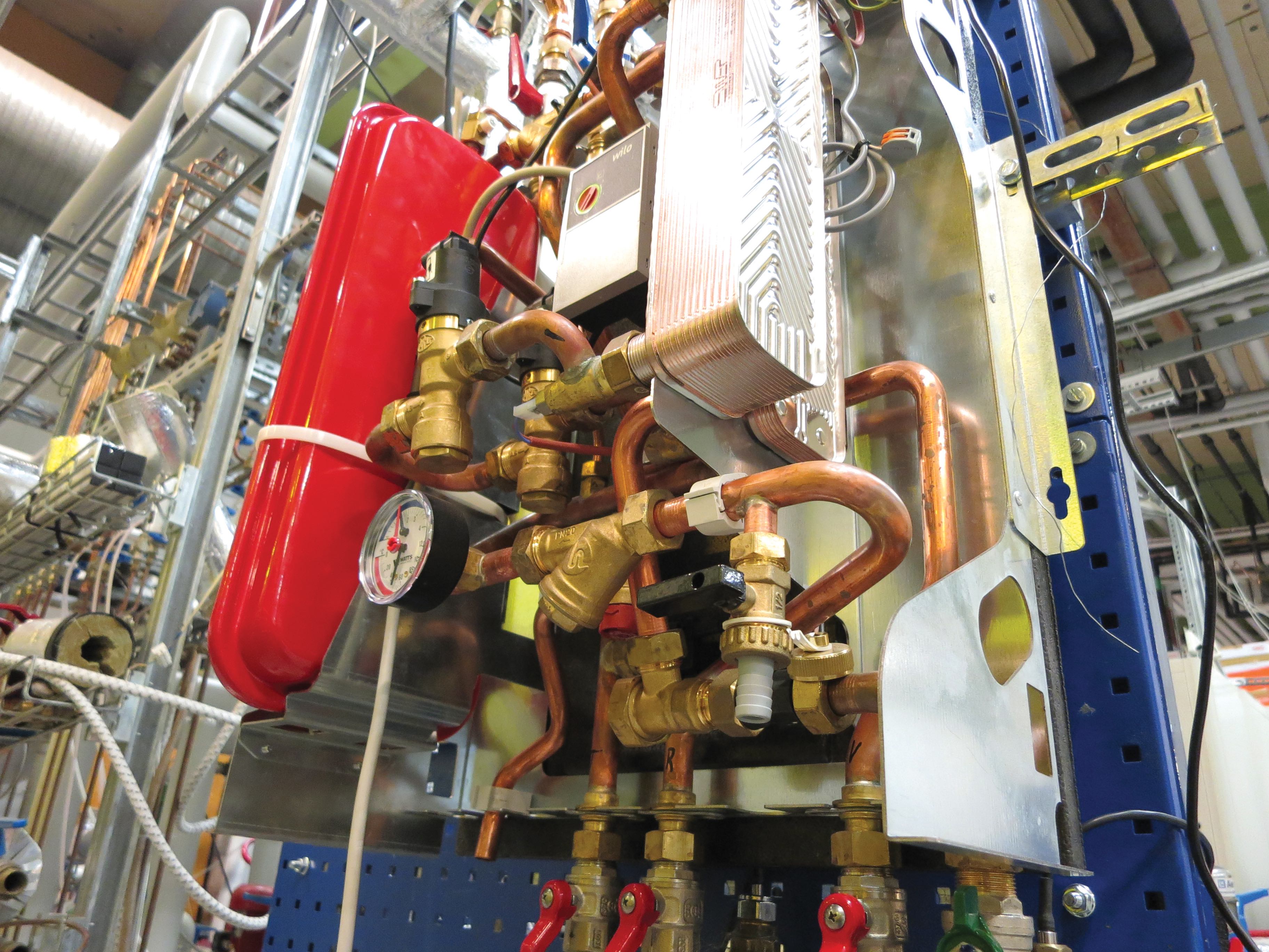 In creating a new standard, the project team looked to Sweden, where HIUs are required to be tested. ‘We took the Swedish standard and modified it to suit typical heat network operating parameters here in the UK,’ says FairHeat’s Tom Naughton, co-author of the testing regime. ‘Aspects of the Swedish regime don’t apply. For example, there is no requirement to test to 120°C, as UK heat networks do not typically operate to these temperatures.’

The performance of HIUs is measured in volume weighted average return temperatures (VWART), which are used in FairHeat’s test. These reflect the expected impact of the HIU in different operating modes, mimicking the demands they might experience across a year in a typical new-build development. The VWART calculation can also be used to identify inefficient operation when the heat network is on standby – or ‘keep warm’ – typically 85% of the time. If valves allow a large volume of hot water to pass through the HIU during standby, it will make a substantial contribution to heat losses in the system. A high VWART figure can help flag up the issue.

In addition, the HIUs are tested for:

The tests in Sweden revealed that lots of HIU space-heating plates were oversized. New-build apartments with 1-2kW typical heating loads, with a maximum of 4kW, had plates sized for 15kW. Flows were so low that the flow regime through the plate heat exchangers in the HIU was not turbulent. ‘Some performance went off a cliff when loads went down to 1-2kW with larger plates,’ says Jones. 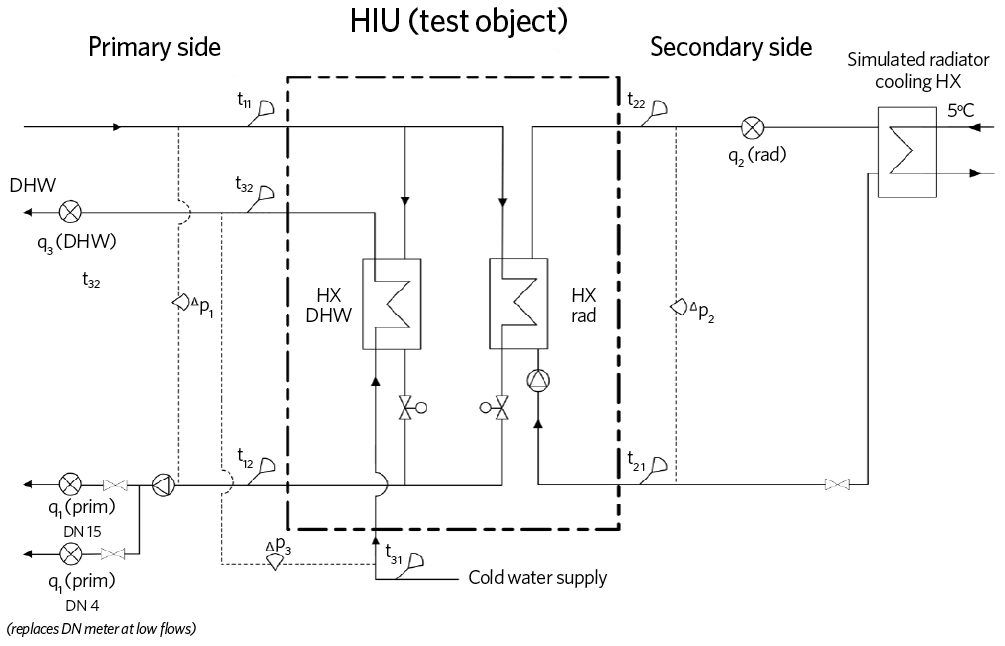 Schematic of the test HIU rig in Sweden

BESA technical director Tim Rook says manufacturers will get to grips with tests. ‘They know their own product, but they have no comparison with others. They like robust feedback and it gives them the opportunity to improve their products,’ he says.

Jan Hansen is a director at SAV, which had an HIU tested in Sweden. He hopes the UK market will become as rigorous as in Denmark, where there are penalties for networks that don’t perform. ‘If you don’t achieve 30°C ∆T, then the company that supplies the heat can bill you,’ says Hansen.

The HIU testing regime will become a BESA Standard in the new year. Large Escos are part of the steering group, which will soon also feature social housing providers and developers. CIBSE is represented by Paul Woods, head of Energy Partnerships East London at Engie and vice-chair of the CIBSE CHP group steering committee – who says: ‘The results of these tests ensure much-needed transparency and will greatly assist designers, builders and operators to make informed design and procurement decisions – delivering better-performing networks for the future.’

There is a shift in the industry towards contracting for performance, says Jones, with the CP1 Client Checklist a prime example, as it is based on a performance-target approach. ‘Performance targets for a development should be set at the start. Then the key question during feasibility and design is “will these targets be met?” – changing to “have these targets been met?” during commissioning,’ he says.

There is now a relatively straightforward assessment of whether a HIU meets specified performance requirements, says Jones. If a contractor wants to use a HIU that doesn’t meet these, at least the impact on performance can be assessed. ‘The key point is that there is a framework for assessing decisions, with the testing data enabling decisions to be made based on information, as opposed to gut feeling,’ says Jones.

Hansen believes HIUs are only a part of the issue in the UK. ‘An HIU cannot compensate for radiators not balanced properly, or if the radiator primary flow and return have been plumbed the wrong way round. The HIU can’t do magic.’

The specification and design of other components – such as controls, boilers, CHPs, pumps and pipes – could soon be under the spotlight. The FairHeat analysis revealed that many networks were grossly oversized and that clients could have saved 25-30% on their capital expenditure if they have been appropriately sized.

Jones is confident that HIU performance targets laid out in the Client Checklists will be adopted by industry. ‘Quite a few clients are specifying on the basis of the tests. If manufacturers don’t get HIUs tested, there’s no way they would be specified on these schemes. That will change the status quo.’