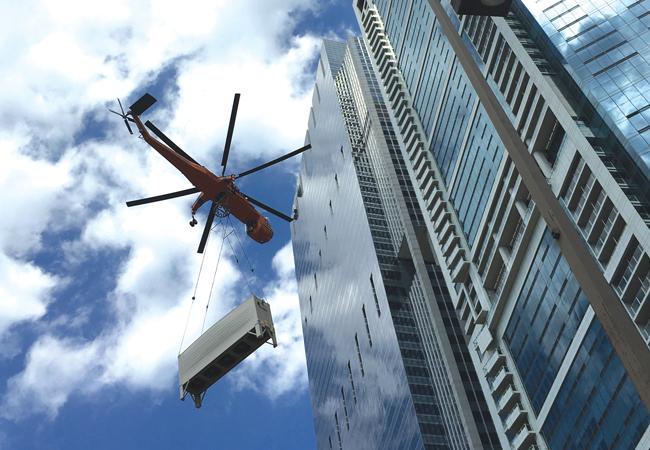 High-rise residential living is a way of life in Chicago. One of the most spectacular is 340 on the Park (OTP), which has 343 apartments over 64 storeys. The 10-year-old building is recognised for its sustainable design, and gained the first Leed Silver Certification for a high-rise residential building in the Midwestern United States.

Unfortunately, the building was not as cost efficient in operation as the residents would have hoped. The tower featured a district cooling system that – at a cost of $500,000 (£388,000) per year – was three times more expensive than the cost of operating an equivalent independent chilled water plant. 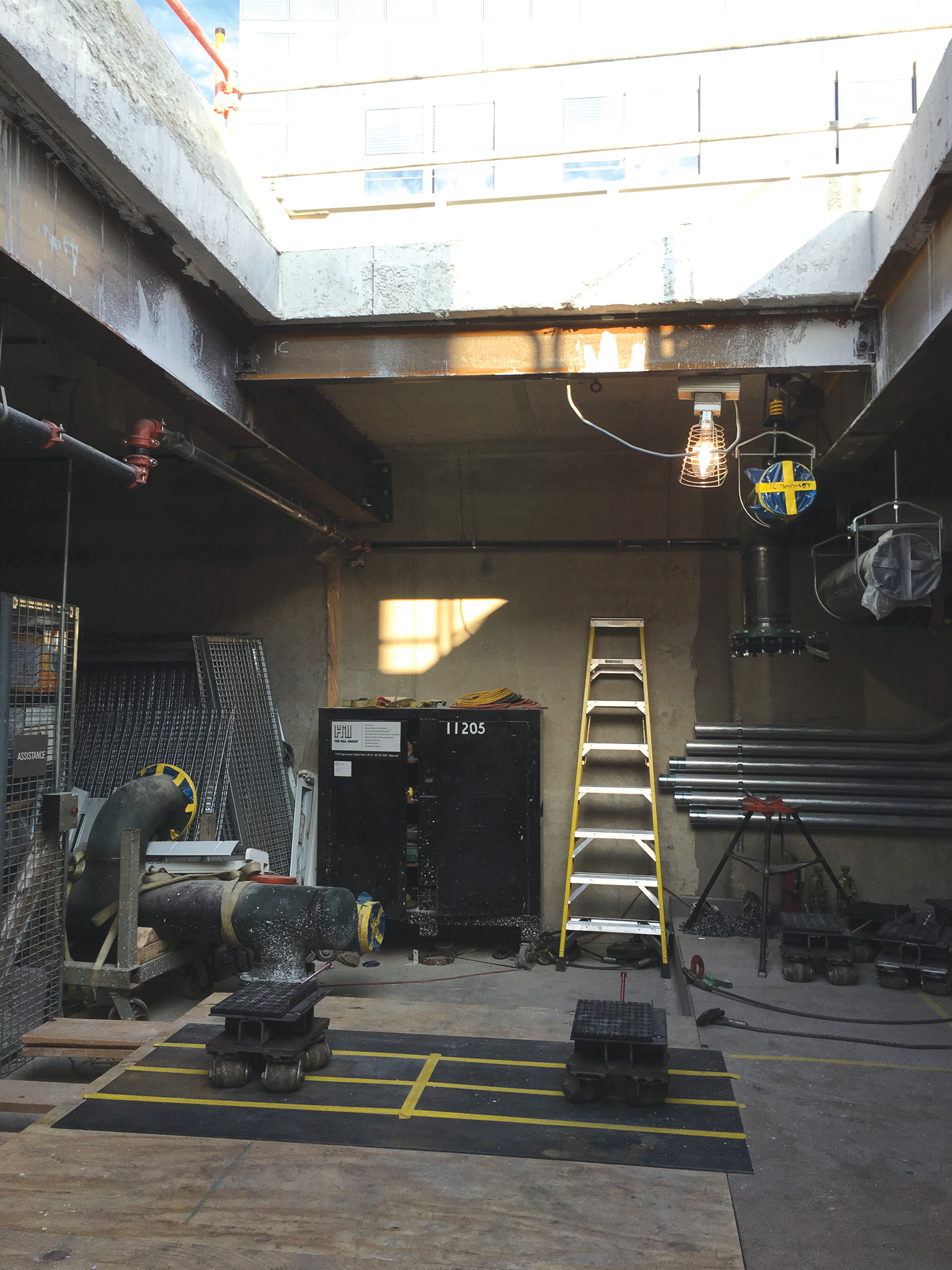 In 2015, engineering studies were commissioned to see whether it would be worth designing an alternative system featuring a self-cooling plant.

Time was a major factor. The original developer had negotiated a contract for district chilled water supply, which expired on 28 September, 2016. If the residents were to opt for an alternative system, they only had a year to get it designed and installed.

The developers of 340 OTP had not given the residents a bad system. District chilled water is very reliable. Chilled water is produced off-site – in multiple, connected facilities – by equipment with tremendous redundancy. With a district system, chilled water can be supplied all winter, with no worries about their own equipment freezing in cold conditions. Another benefit is that there is less equipment to maintain in the building. The most significant active component, the pump, can easily be repaired or replaced if it fails. However, the buildings single largest cost was cooling so feasibility studies went ahead.

Cyclone Energy Group performed an analysis that found a new independent chilled water plant would yield annual savings of $327,000 (£254,000) per year over the district chilled water system. The estimated construction cost of the chilled water plant, made by two contractors in 2014 and 2015, yielded figures of between $2.5m (£1.9m) and $3.5m (£2.7m). With a range that wide, the building’s Condominium Association (CA) was not confident of moving forward.

Cyclone recommended that the CA take a different approach to the project, and procured the installation through a design-build contract. It created a performance-based request for proposals (RFP), which gave potential bidders more freedom to come up with a suitable design. This meant mechanical contractors would be the prime contractor, with responsibility for final design and construction.

The RFP outlined two feasible options – a water-cooled and an air-cooled chilled water system. They were not fully designed, but set boundaries for installation, minimum energy efficiency, and performance, and quality requirements. The design-build approach brought creativity to the bidding process. Contractors were allowed to use any equipment that met the performance requirements. The water-cooled design was competitive, with bids ranging from $2.5m (£1.9m) to $2.6m (£2m). Only one bidder had a viable air-cooled chilled water design and it was priced at $3m (£2.3m). The building residents opted for a water-cooled system.

The design-build project was awarded to Hill Group at a guaranteed maximum price of $2.6m (£2m) in November 2015, 10 months before the chilled-water contract was to be terminated. Hill Group’s design was finalised in March 2016, but major equipment – chillers, cooling towers, pumps – were bought in January to keep the project on schedule. The scheme was made more complicated because installation had to happen during the peak cooling season, summer. Furthermore, the apartments were occupied all year round.

The original building design anticipated the possibility of a future independent chilled water plant. As-built drawings indicated future chillers in a mechanical room on the 63rd floor and cooling towers on the roof.

Unfortunately, the rectangles drawn on as-built drawings weren’t fully vetted. For example, a mechanical room was considered on the 63rd floor, but was built as a residential-storage locker room. The structural requirements for a storage room are different from that of a mechanical equipment room, and the floor slab built was rated at 610kg·m-2 – while the new cooling plant would require 732kg·m-2. Acoustics issues also had to be addressed. Multi-million-pound residences were located only 203mm below where equipment would be installed. 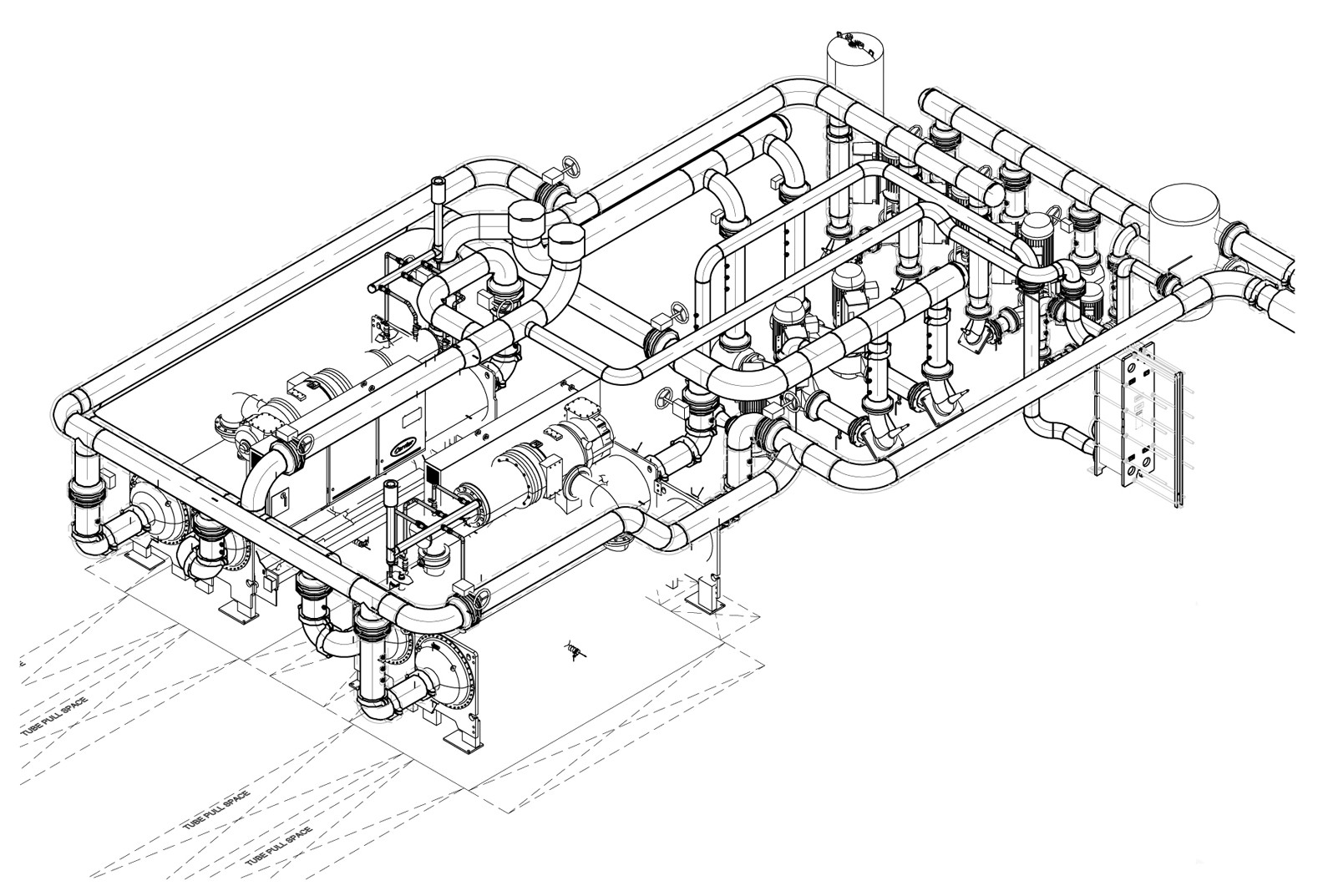 An acoustical engineer recommended that a floating concrete slab be installed to avoid noise and vibration. Other measures included air springs for the chillers, flexible coupling on chiller piping, and spring-supported suspended pumps and piping.

Building a chiller plant on the 64th floor of a residential building required a lot of coordination and expectation management. Noise-producing work could only be done between 8am and 4pm and there was only one freight elevator to the 63rd floor. The project team worked within these limits to build a floating slab and piping, ready for the chillers and cooling towers. Installing these would be even more spectacular; the only way to get them to the plantroom was by helicopter. More than 40 people would be needed to ensure it was done safely. 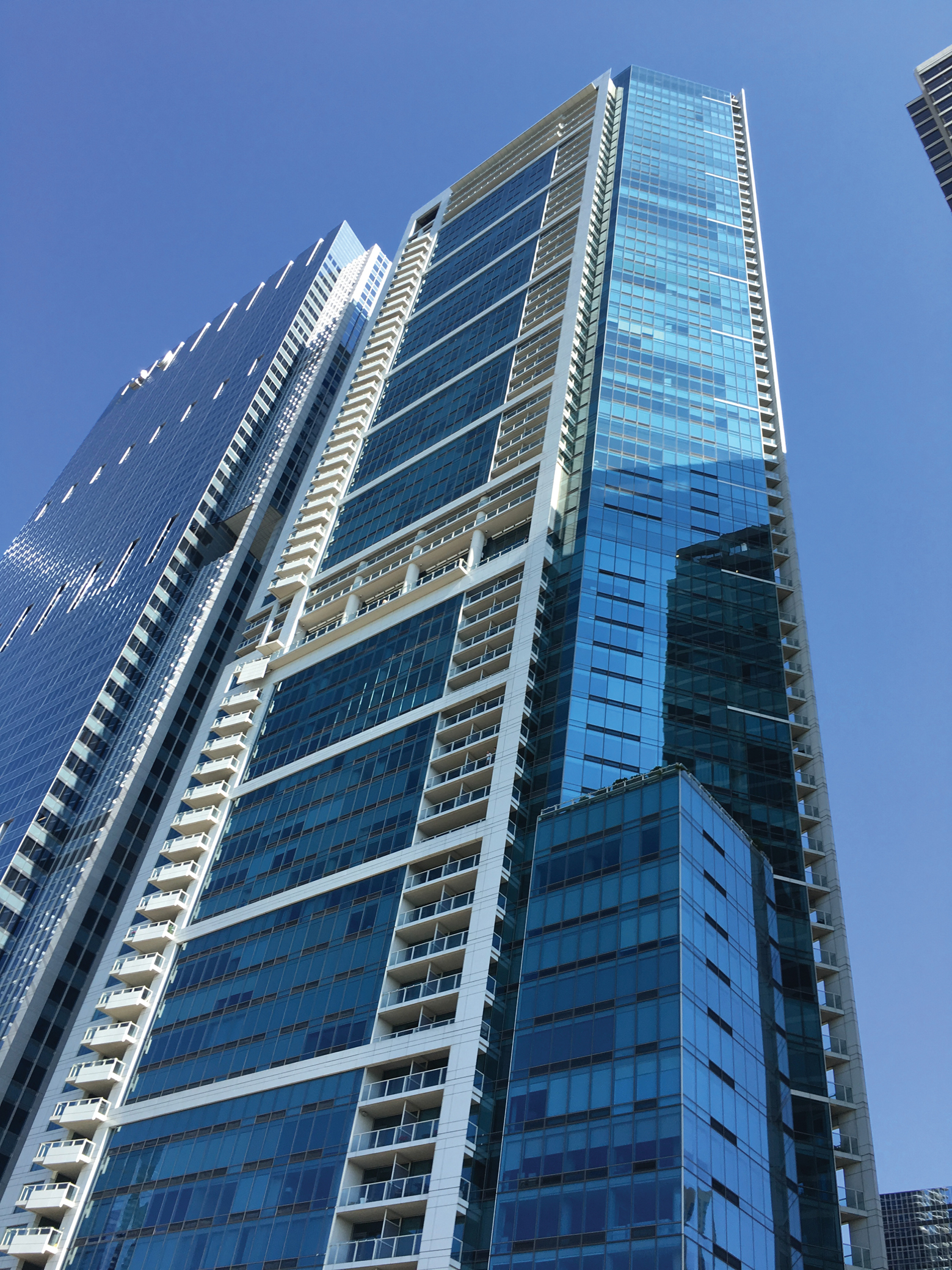 The margins were tight. The helicopter’s maximum lift weight was 8,600kg and each chiller was on this limit. Such heavy weight meant the helicopter had less fuel, which limited flight time to 30 minutes. Both chillers had to be dropped through a hole in the roof that had less than 30cm of clearance. After successfully setting the chillers, the helicopter refuelled and returned for the cooling towers. These were only half of the weight of the chillers, and flexed and twisted under the hurricane-force winds coming down from the helicopter rotors.

The first tower was lifted into place, but the second proved more difficult. There was only 2.1m of clearance to work with, and the cooling tower was swinging out of control. The roof crew was able to secure the unit after the helicopter had hovered for twice as long as scheduled. Ultimately, the lift was a success, despite minor damage to roof equipment.

The chillers were put into operation in July 2016 and commissioned in August. They ran in parallel with the district system until reliability was proven. With a month to go before the contract for district chilled water expired, the district system was valved off and the new cooling plant put into full operation. There was no interruption of chilled water on changeover, and the residents had no idea the source had been changed. In addition, acoustical measurements were taken before and after and no noticeable difference was found.

The investment 340 OTP made is paying off, with huge operating cost savings expected in 2017, when the chiller plant goes into it’s first full cooling season of operation.