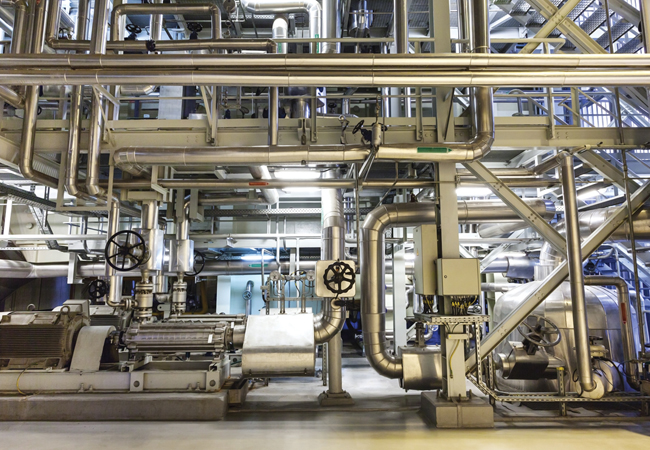 Why choose combined heat and power (CHP)? With Britain generating more electricity from renewables (29%) and nuclear power (21%) in 2017 than from coal and gas, decarbonisation of the UK Grid is clearly advancing rapidly, while falling wholesale electricity prices are – for some – bringing into question the economic efficacy of deploying gas CHP applications.

Falling electricity supply emission factors may be reducing the relative carbon savings of gas-fired CHP, but correctly sized gas CHP systems with thermal storage are still an economic, cost-effective and lower-carbon energy option. In addition, its profitability can help fund the development of heat networks, which would allow a wide range of alternative renewable heat sources to be used in the future. This article looks at some of the main factors to consider to ensure CHP and thermal storage are sized correctly to optimise economic and emission-reduction benefits.

The economics of sizing

Gas CHP is a tool to reduce cost and carbon emissions, and most applications – such as in hospitals, industrial plant and hotels – are driven by economic returns. In many district heating (DH) applications, however, the driver for both the heat network and the CHP system is to allow the development to meet planning requirements – economic fundamentals are often less important or overlooked. Having reviewed a significant number of DH network feasibility studies and schemes for ESCO adoption – and through work for the Department for Business, Energy and Industrial Strategy (BEIS) on DH optimisation – it is apparent that these schemes often lack a rigorous economic assessment to establish the best size for the CHP system and thermal store. Commonly, the proposed size is based on a range of technical criteria, but these can fail to deliver the highest economic and carbon-reduction benefits.

Larger CHP systems are cheaper than smaller ones, and have lower maintenance costs per kWh of electricity generated. They also deliver higher electrical efficiency

However, to achieve maximum returns – and optimise carbon reduction – sizing CHP systems correctly before the design stage is critical. This requires the most robust economic and technical data possible, assisted by bespoke software – such as energyPRO – to enable techno-economic modelling. 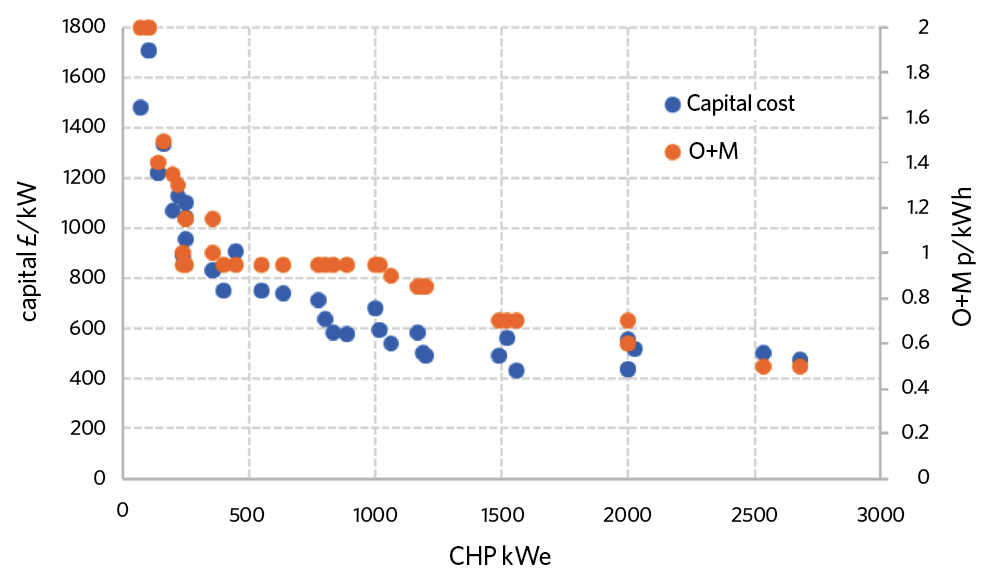 Figure 1: Larger CHPs are cheaper than smaller ones in terms of £/kW output and maintenance costs per kWh

This analysis assumes all the electricity the CHP system generates is exported, rather than sold over private wire. When a small generator approaches an electricity supplier about selling its power, the supplier will typically offer a seasonal time of day (STOD) tariff for the power generated. This offers high prices in the winter between 16:00 and 20:00, low prices at night and medium rates outside of these periods (see Figure 2). Such tariffs offer great economic benefits to CHP applications with thermal stores, and so impact radically on the optimum CHP size. With such a tariff and a thermal store, the CHP system can operate more when the electricity price is highest and less when prices are lower. Yet, often, sizing assessments for CHP and thermal stores are based on a single, year-round electricity price.

Using an example based on a DH project reviewed previously, an energyPRO model1 was set up. This evaluated a range of sizes of CHP system and thermal store. The DH scheme modelled comprised new and existing residential stock, a college and a care home, with a total annual heat demand of 8GWh. The heat demands and profiles were predominantly based on monitored data, which the energyPRO used to generate hourly heat demands from the profile and the hourly CIBSE Test Reference Year temperatures.

Figure 3 shows the results of the model runs, with every point on the graph representing one model run. For each CHP system size, the thermal store size has been varied to find the economically optimum dimensions for that CHP; the range of thermal store sizes includes a smaller and larger store that has lower net present value (NPV) than the optimum. 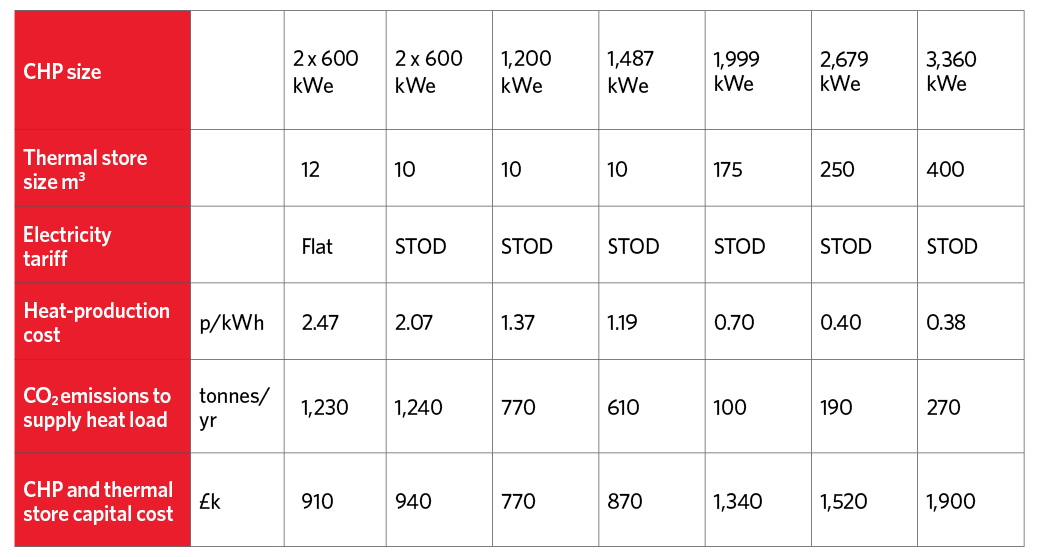 The results for the optimum economic store size for each CHP system are in Table 1. This shows the economic improvement of increasing the CHP and thermal store size, based on the output of the energyPRO model. All CHPs run only at full load, and no heat is dumped. For comparison, the cost of heat from 80%-efficient gas boilers is 2.75p/kWh, and the carbon emissions from boilers are 2,140 tonnes CO2 per year.

Electricity tariff – indicates the tariff pattern against which the economic optimisation was done. A ‘flat’ tariff is the same all year round. The STOD tariff is similar to the example shown in Figure 2, with two prices per day in summer and at weekends, and three in winter weekdays.

Heat-production cost – is the cost of the gas used in the CHP and boiler, plus the CHP operation and maintenance cost2, minus the electricity sales value. This is the cost of each kWh of heat leaving the energy centre.

The CO2 emissions to supply heat load – the emissions associated with the gas burnt in CHP and boilers, minus the emission displaced because of the CHP electricity generation. These are calculated using the Part L UK Building Regulations values of gas at 0.219kgCO2/kWh and electricity at 0.519kgCO2/kWh.

CHP and thermal store capital costs – this is the capital expense of just the CHP and thermal store2 – the CHP costs from all the other energy-centre plant costs will be similar for all the CHP sizes evaluated (the major exception being that the larger thermal stores need more space, as do the 2,679kW and 3,360MW CHPs).

The dramatic reduction in heat-generation cost and carbon emissions can be seen as the CHP system and thermal store sizes increase. The single 1,487kWe CHP system has a lower capital cost than the original CHP selection, generating heat at half the cost and with half the CO2 emissions. 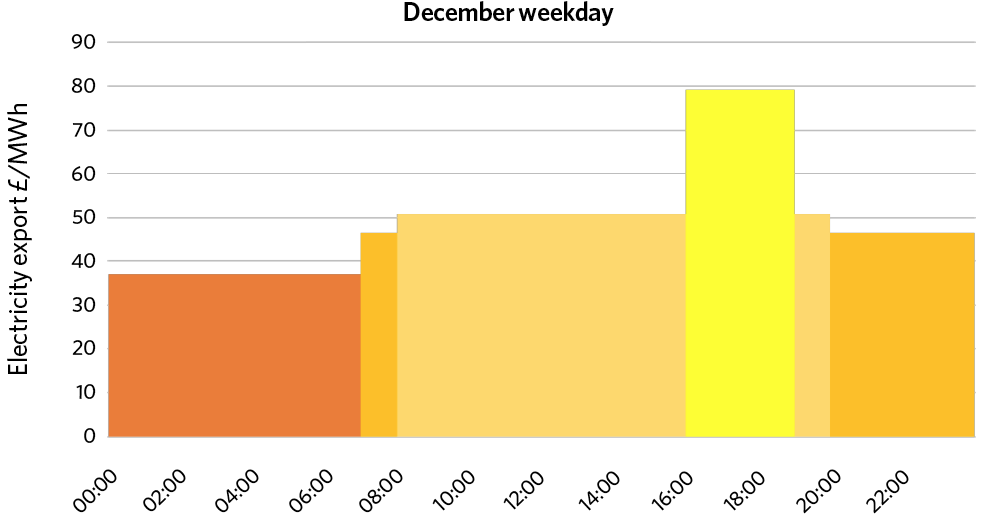 Despite this, the trend is predominantly towards higher electrical efficiencies for larger units – for example, 4MW and 7.5MW CHPs have electrical efficiencies of 42.9% and 45.2% respectively. The required thermal store sizes are large, so the designer must be able to present a robust case for the economic and environmental benefits of the store.

CHP utilisation – the CHP running hours divided by 8,760 (the number of hours in a year)

Proportion of heat from CHP – the proportion of the heat demand that is met with heat generated from the CHP; the remaining heat is from gas boilers.

It should also be observed, from Table 2, that some of the commonly quoted technical criteria ‘rules of thumb’ for sizing CHP – such as ‘to achieve more than 5,000 (or 6,000) hours operation per year’; ‘to select the CHP utilisation with highest utilisation’; and ‘to cover the baseload DHW demand’ – are all potentially poor selection criteria on which to achieve maximum carbon and economic benefits for DH heat loads. The more economic CHPs have far lower utilisation and hours run than the technical sizing ‘rules of thumb’. The proportion of heat is higher – and the CHP far larger, than the baseload (the average demand in August is less than 500kW for the modelled scheme). 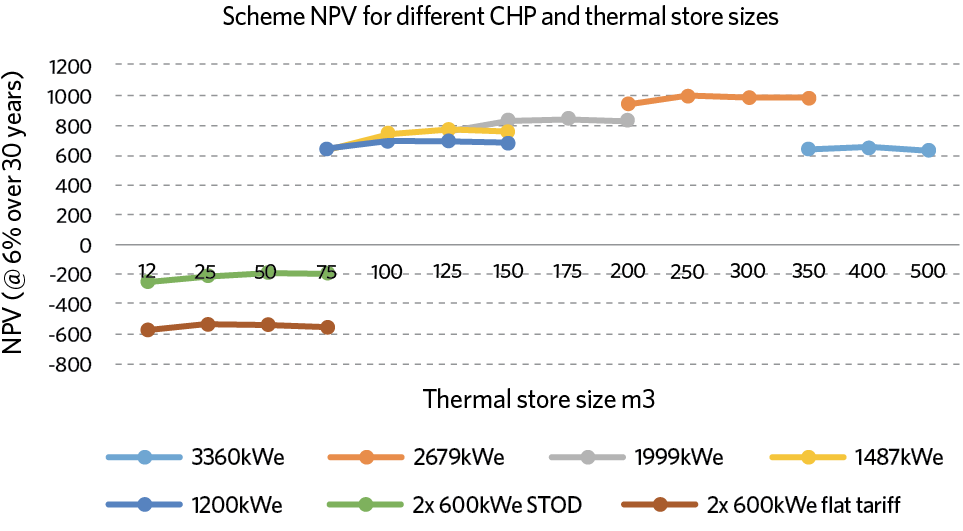 Figure 3: Economics of a range of CHP and thermal store sizes

In addition, using emissions factors based on half-hourly Grid generation mix shows that CHP – sized as recommended in this article – achieves more than 40% higher savings in CO2 emissions than is estimated using annual average emission factors.

Carbon savings from gas CHP will reduce as the Grid decarbonises, but this work shows there is a wide range of potential CO2 and economic savings arising from CHP. System designers need to ensure their recommended solutions maximise the benefits of the technology – how they size and integrate low carbon technology has a very significant impact on the benefits arising from it. The full paper on which this article is based indicates that maximising the economic returns from CHPs very nearly provides the maximum CO2 savings too.

Gas CHP applications with thermal storage – when sized correctly – still offer a cost-effective, lower carbon energy solution. To achieve this though, it is essential to consider that:

CHPs operating at part load have lower electrical efficiency, produce more heat for each unit of electricity generated, and incur higher maintenance costs. In studies, CHP operation and maintenance costs are commonly stated in terms of p/kWh of electricity generated, but – in operation and maintenance contracts – the charges are often on the basis of CHP operating hours; so a CHP operating at 50% output effectively has double the p/kWh(e) charge. Table 3 details how part-load operation increases the cost of heat and the CO2 per kWh of heat. Where the CHP is not supplying onsite electrical loads, part-load CHP operation is detrimental to economic and environmental performance.

Table 3: Cost and CO2 impact of operation of 600kWe CHP at part load

This paper was presented at the 2018 CIBSE Technical Symposium. All the papers will be available on the website.