Orlando was the location for the 2020 Ashrae Winter Conference

ASHRAE celebrated its 125-year anniversary at its Winter Conference at the Hilton Orlando, Florida, USA.

ASHRAE executive vice-president Jeff Littleton reminded the audience of the oratory of founding President Edward Bates at the inaugural meeting in 1895, when he told ASHRAE’s first members that the success of the society was on their shoulders. In language typical of the age, he said: ‘I now charge you… as you love the cause in which you so recently embarked… to look well to your applications for members, as the growth and perpetuity of this Society rest upon this.’

ASHRAE has since matured into an organisation of 57,000 members, with 195 chapters and 433 student branches across 130 countries. A key focus for Littleton in his address was the society’s new headquarters – a deep retrofit of a 42-year-old 6,200m2 building, targeting net zero energy-ready performance. He said that the demolition was complete for the largest capital project in the society’s history, and said the intent was to move in by October 2020. 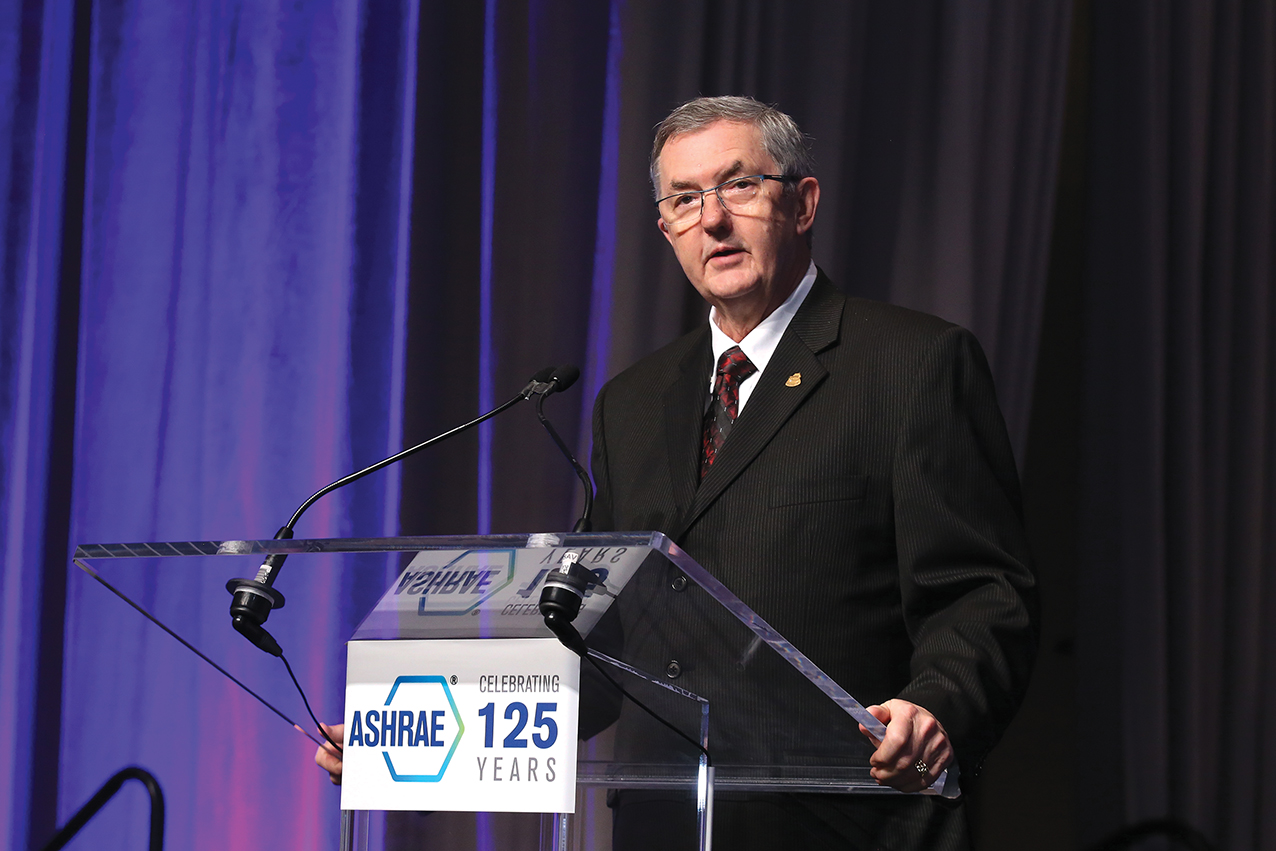 Building operational performance was the focus of ASHRAE president Darryl Boyce’s presentation. He revealed that a guide providing ‘concrete steps’ needed to design buildings that meet occupants’ requirements would be published later this year. Alongside the conference was the AHR Expo, held at the Orange County Convention Center, attracting more than 32,000 visitors to 1,988 exhibitors in the 47,000m2 space.

The technical programme included more than 300 presentations across four days, with a wide and diverse range of topics and speakers delivering technical discussions to excite interest and debate. The summaries below give a feel for the breadth of the conference. A full set of recordings can be viewed (for a fee) through the ASHRAE virtual conference.

There was a packed seminar room, with standing room only, for Cannabis Grow Facilities: Challenges for HVAC Design, Equipment Selection and Operation. The legalisation of cannabis in many US states and Canada has provided opportunities and challenges for the HVAC industry. In her presentation, HVAC Load Calculations for Cannabis Grow Facilities, Nadia Sabeh – founder of Dr Greenhouse – noted the need for unique and dynamic environments to grow and develop cannabis plants.

The technical programme included more than 300 presentations across four days

She gave a summary of the plant life-cycle, highlighting the importance of ‘vapour pressure deficit’ – the difference between the saturation vapour pressure at the plant temperature and the vapour pressure in the surrounding air – as this will affect the health of the plant by impacting evapotranspiration. She illustrated the three phases required to grow cannabis needing distinct controlled setpoints for lighting, humidity and temperature, and noted that the majority of the sensible gains typically came from lighting requirements. In association with this, there are extremely high latent loads from the evapotranspiration. 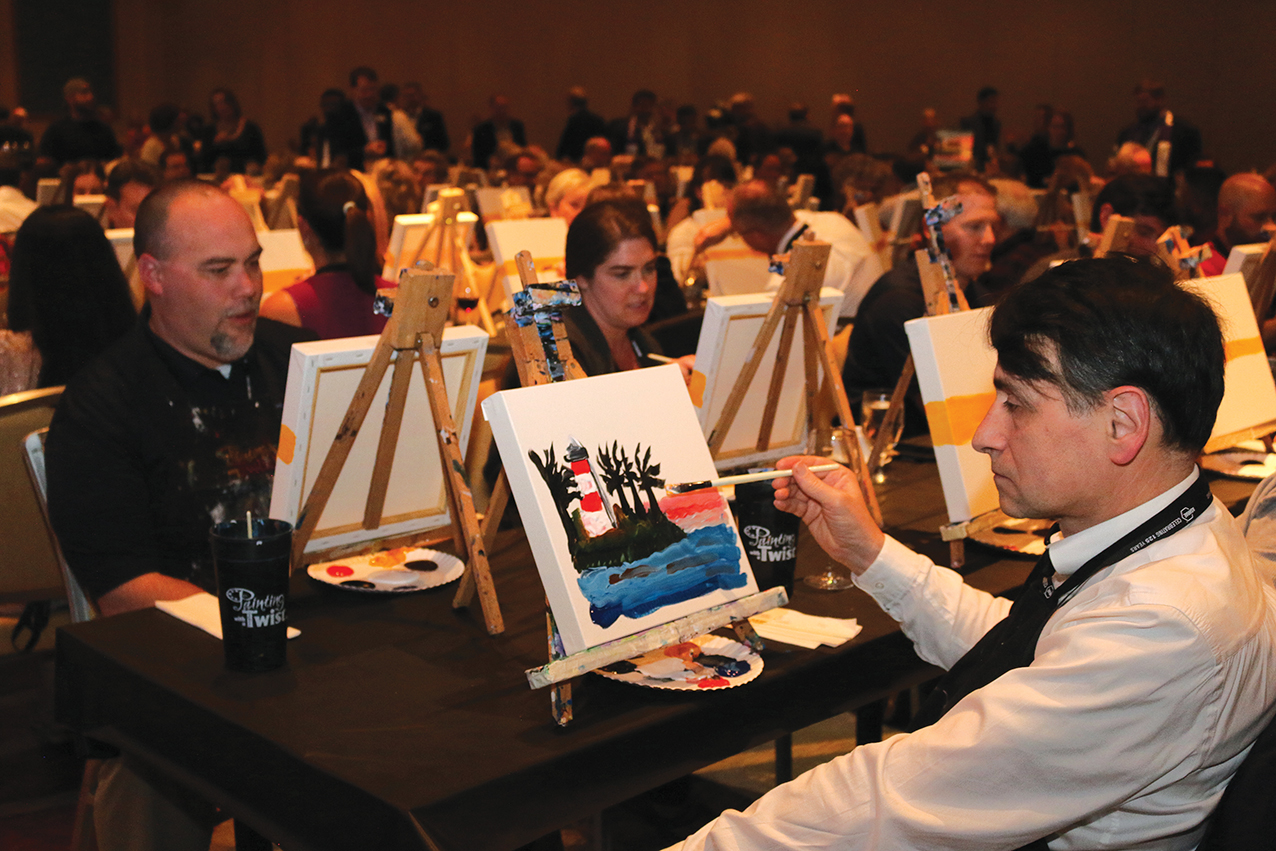 One of the delegate activities at the Winter Conference

Interestingly, she said evapotranspiration will provide evaporative cooling, so offsetting some of the sensible lighting load. However, this creates a relatively low ‘sensible to total heat ratio’ (SHR) that requires careful consideration of cooling system requirements. She concluded that there were currently a lack of appropriate standards and guidelines, and – worse still – ill-informed rules and regulations that, for example, mandated maximum lighting power without due consideration of the impact on other operational requirements.

The associated presentation by Quest Dehumidifiers sales engineer Daniel Dettmers – HVAC Equipment Selection for Cannabis Grow Facilities – provided more detailed analysis of the highly variable SHR.  Throughout the cannabis plant life-cycle, the relative sensible and latent heat load will vary as the lighting levels, the dry bulb temperature and the RH are manipulated to optimise the final harvest.

He gave an overview of the pros and cons of a number of common systems to provide environmental control, and concluded that ‘latent load matters’, as it will dominate the cooling requirements, and selection and operation of appropriate HVAC equipment.

Since the reintroduction of CO2 as refrigerant R744 in the mid-1990s, there have been significant efforts to develop transcritical CO2 cycles. In her presentation How to Design and Apply a CO2 Transcritical System in North America, Shitong Za explained that a basic two-stage CO2 transcritical booster system can operate in cold and mild climates with similar or improved efficiency, compared with a traditional HFC DX system.

By using a two-stage arrangement, the very high pressures (circa 130bar) required for effective transcritical operation is only required for a relatively limited section that provides the medium temperature heat rejection. The remainder of the pipework will operate at the (relatively) low pressure of 45bar in the cooling section of the circuit.

Za continued to highlight the comparative benefits of CO2 as one of the most promising natural refrigerants, not least because of the smaller displacement needs (hence smaller compressors and lower installation costs, as pipes are smaller). She outlined a number of refined systems that she asserted had low additional cost, employing arrangements of parallel compressors and vapour ejectors in the medium temperature section of the circuits that reduced energy use by up to a third. 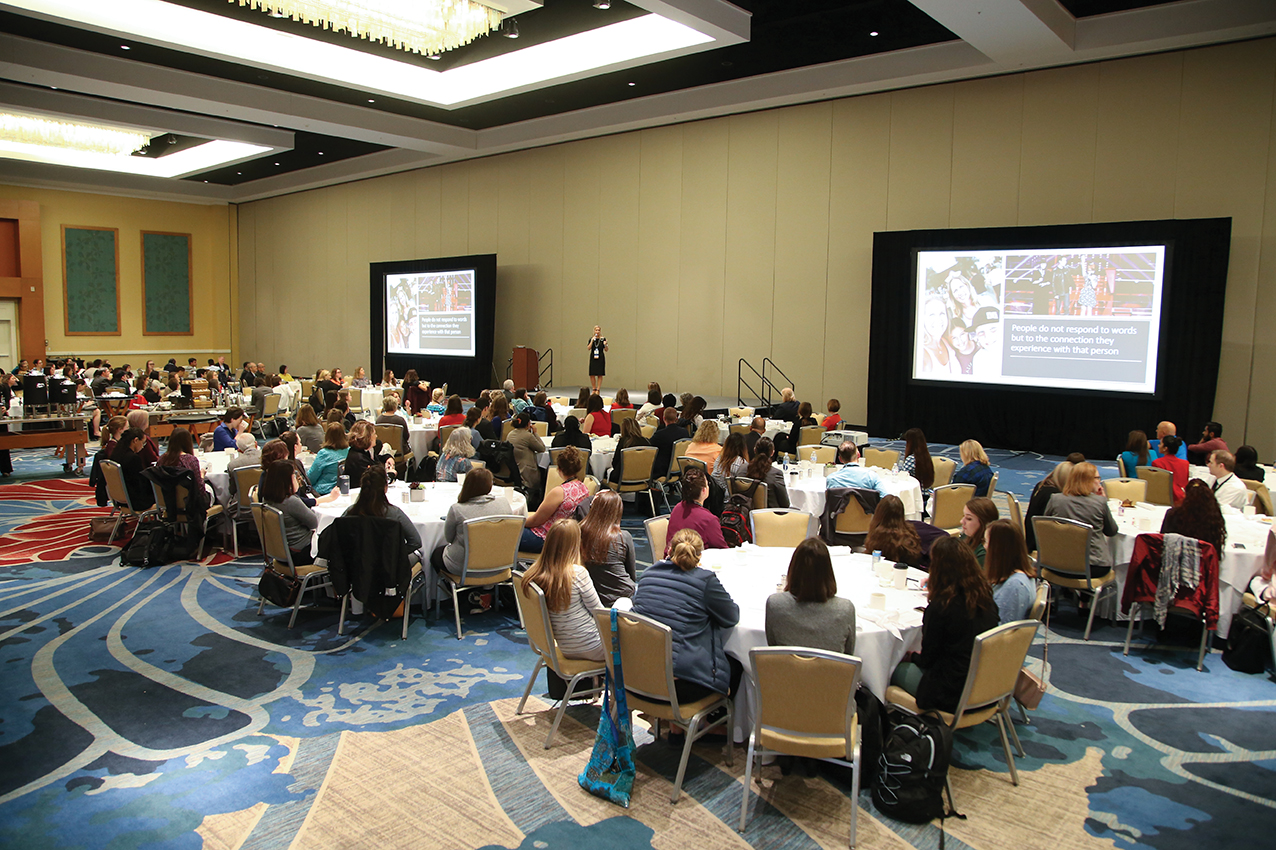 The conference featured more than 300 presentations

Michael Osborne of Reliable Controls Corporation, and chair of the ASHRAE BACnet committee, presented on the new secure implementation of the Building Automation Controls Network (BACnet) protocol. BACnet is a low-cost, ASHRAE-led protocol for multiple devices to communicate across building automation systems.

BACnet internet protocol has been widely deployed since it was added to the BACnet standard in 1999, but it has struggled in an increasingly competitive network environment. The new BACnet secure connect (BACnet/SC) provides built-in encryption of messages and device authentication protocols – WebSockets and TLS 1.3 in particular. TLS is widely used for secure communication between web browsers and web servers (the technology used in HTTPS websites – the secure version of HTTP).

A BACnet/SC network will typically have one or two BACnet/SC hubs whose function is to forward both broadcast and unicast messages between BACnet/SC devices (that have the appropriate security) for a particular BACnet/SC network.  All the new devices must be able to connect to the hub, so the new standard has also implemented the concept of a ‘failover hub’ that could be located in the building, on a campus or in the cloud.

Although a hub is required, the protocol enables direct secure workstation-to-device connections, so reducing the load on the hub. Osborne continued with some examples of how the new protocol may be used to communicate securely with, for example, the plethora of ‘smart’ thermostat controllers that exist in multi-resident buildings.

He envisaged a near future where BACnet will readily link almost any Internet of Things device, adding depth to the rich datasets on building operational performance.