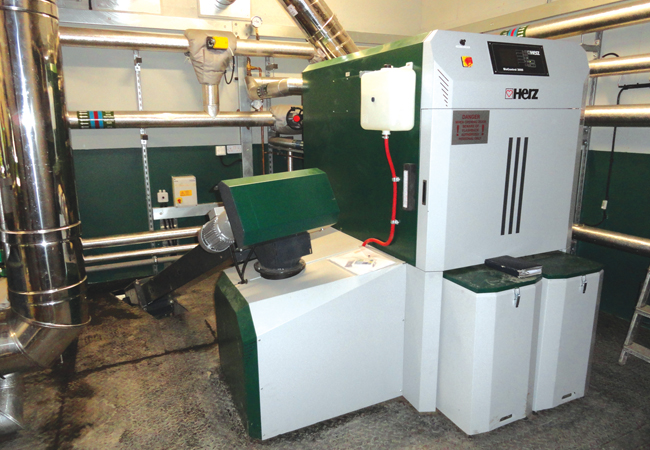 There is a problem with biomass systems. Many stand abandoned in plantrooms, or are failing to produce the expected energy savings, according to a study of networks installed since 2009. Without remediation, those that have not been switched off already will underperform for the rest of their 20- to 25-year lifespan.

This article is based on the results of my inspection, analysis and rectification of 80kW-2MW biomass systems, installed in 150kW-8MW boiler houses in the UK and Ireland.1 Many of the findings and some of the advice are equally applicable to combined heat and power (CHP) systems. Detailed analysis of 30 faulty boiler houses has identified why the biomass systems failed; the good news is that the performance of many can be improved.

Taking a systems approach is key to understanding biomass. Focusing on underperforming boilers as stand-alone entities – considering parameters such as load percentage, flow and return temperatures, and emissions – may allow quantification of a boiler’s instantaneous performance, but it may do little to help identify why a boiler is not performing optimally.

A full understanding can be gained only by considering the system in which a boiler is installed – from boiler-house air inlets to the flue outlet; from fuel reception to fuel delivery into the boiler; and how a boiler system is integrated hydronically into the overall system, and controlled.

An analysis of how well a building’s load profile is matched to a boiler and thermal store combination is also important in knowing why boilers underperform.2 Taking measurements, analytical calculations, and system modelling are integral to understanding and quantifying the performance of biomass systems. Their successful design, whether for a new-build development or retrofit, also requires a systems approach. A high proportion of biomass set-ups appear to have simply been bolted on to a traditional boiler-house design – as if they were fossil-fuelled boilers – without the necessary understanding of the design and integration features required for a successful installation. 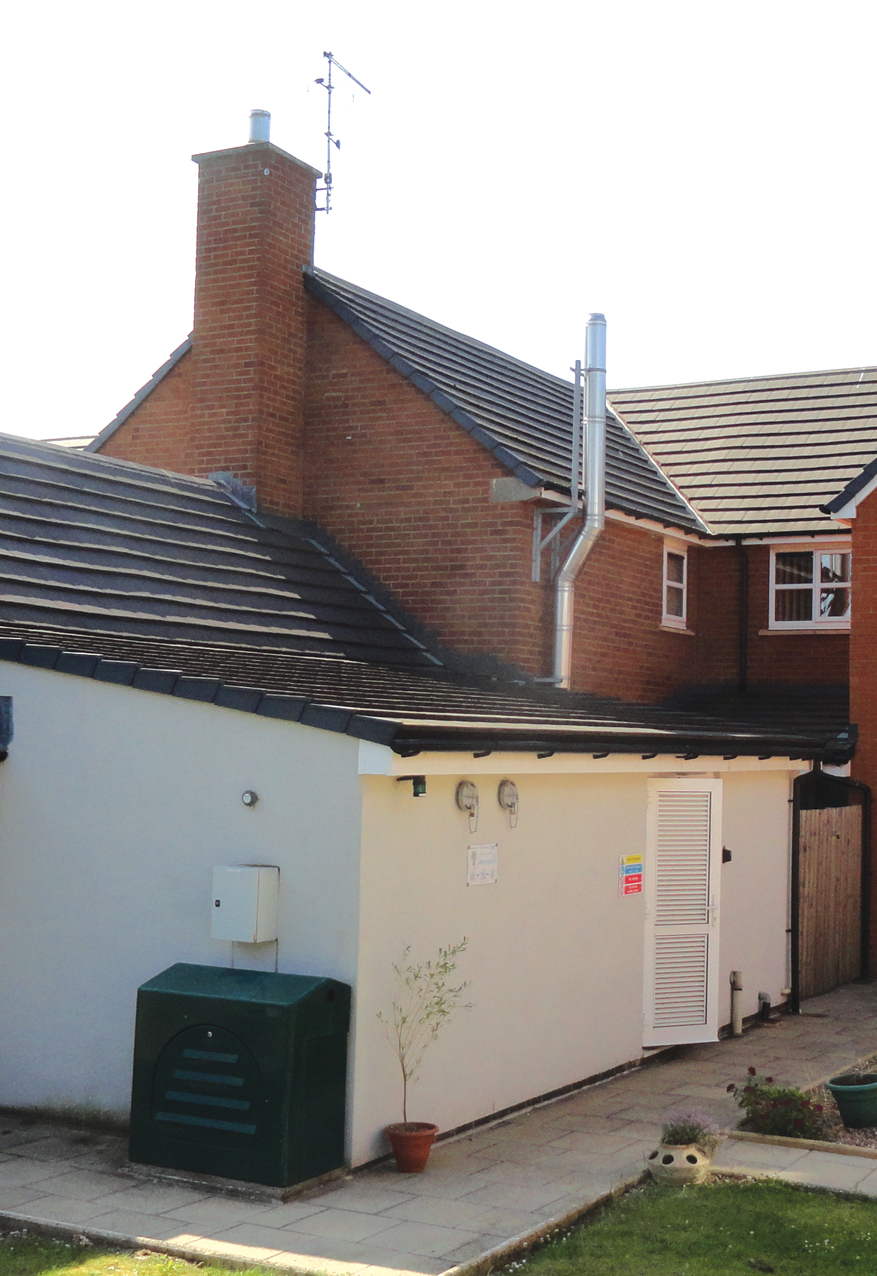 An example of a biomass flue that is too short

Key to knowing how well a boiler is hydronically integrated is to observe – and measure – temperatures and flow rates, before modelling the boiler in its installed system (equally applicable to CHP systems). This approach allows reasons for underperformance to be determined, while identifying other shortcomings in boiler-house systems.

Most of the inspections of problem boiler systems have been carried out since the publication of CIBSE AM15, and have served to validate the advice and guidance in this publication – with one notable exception.

Chapter 7 of AM15 contains suggested hydronic system arrangements covering parallel-connected set-ups, followed by series-connected ones – and giving equal weight to each arrangement. In practice, and as a result of monitoring the performance of systems that I have designed – as well as of analysing underperforming systems – I have found that series connection of a biomass system in the main return header before any fossil-fuelled boilers should always be considered first (this also applies to CHP systems).

The successful implementation of series-connected systems requires a different understanding of how to connect boilers into boiler-house systems. Simple nodal analysis, or more extensive boiler-house modelling, must be used to identify the flow rates and temperatures needed to achieve maximum biomass heat injection into the return header.

Irrespective of whether boilers are designed to operate without a buffer vessel or thermal store, 27% of the boilers examined have been sized as if they were fossil-fuelled. This oversizing, together with the poor turndown ratio of most boilers, means they spend much of their operating time in slumber mode, or switched off, reducing their seasonal efficiency.

Oversized boilers are usually too large to meet the lower loads encountered in spring, summer and autumn in any application that does not require 24-hour heating. For much of the year, the load on a building is no more than 30% of the winter peak load, so – with boiler turndown ratios of between 3:1 and 4:1 – a boiler sized on peak load will spend much of its operating life in slumber mode or switched off.

“Oversizing, together with the poor turndown ratio, means boilers spend much of their operating time in slumber mode, or switched off, reducing their seasonal efficiency”

Irrespective of the type of biomass boiler, a properly sized thermal store will always achieve the highest possible seasonal efficiency – in practice, up to 88%. Similarly, the addition of a thermal store to a CHP system will result in a greater percentage of its heat being used – rather than dumped – improving the financial return on the system.

As much as 30% of the boilers examined had overheated. In some cases, the cause was the absence of a buffer vessel, or failure to arrange for heat to be removed from the boiler when it is entering slumber mode or switching off. In others, it was because of the absence of air-inlet ventilation louvres (two boiler houses), undersized air-inlet louvres, or because the flue system was designed incorrectly – again, failing to remove heat from the boiler.

Consistently, it was found that flue systems had not been designed to EN13384-1, and that design methods for gas boilers had been used. In 35% of systems, the vertical flue was much too short and, in some cases, the horizontal flue pipe was much too long. Singly or together, these features result in too little draught being available to evacuate gases after boiler shutdown or in slumber mode, when the boiler’s own flue fan has switched off or dropped to minimum speed.

Biomass boilers – unlike fossil-fuelled ones – may continue to burn fuel for up to two hours after the last load demand, so the flue system has to continue supplying adequate draught in the absence of a contribution from the boiler fan.

Incorrectly designed flue systems are characterised by severe tar accumulation in the flue, significant particulate and tar deposition in the flue pipe, and creosote contamination of the flue condensate. Terminal fans installed to overcome inadequacies in the flue system caused boiler overheating or were completely ineffective. The absence of a draught stabiliser can contribute to overheating in windy conditions.

Where a flue system is found to be inadequate, there is no option but to rectify the deficiencies identified. However, depending on the biomass system geometry and building or planning constraints, this may not be possible. Some manufacturers provide free software based on the methods of EN13384-1 allowing reverse design checking of a flue system.

Many biomass systems had issues with fuel delivery, storage and extraction to the boiler. Fuel-storage problems included undersized fuel stores, structurally unsound fuel floors, the presence of hazardous spores on woodchip fuel, and unventilated stores. A lack of ventilation in wood-pellet stores can result in dangerous build-up of carbon monoxide (CO). The worst example of this was CO migration into the basement of a building, which required fire services to pump out the gas. This was remedied by installing continuous-extract ventilation. 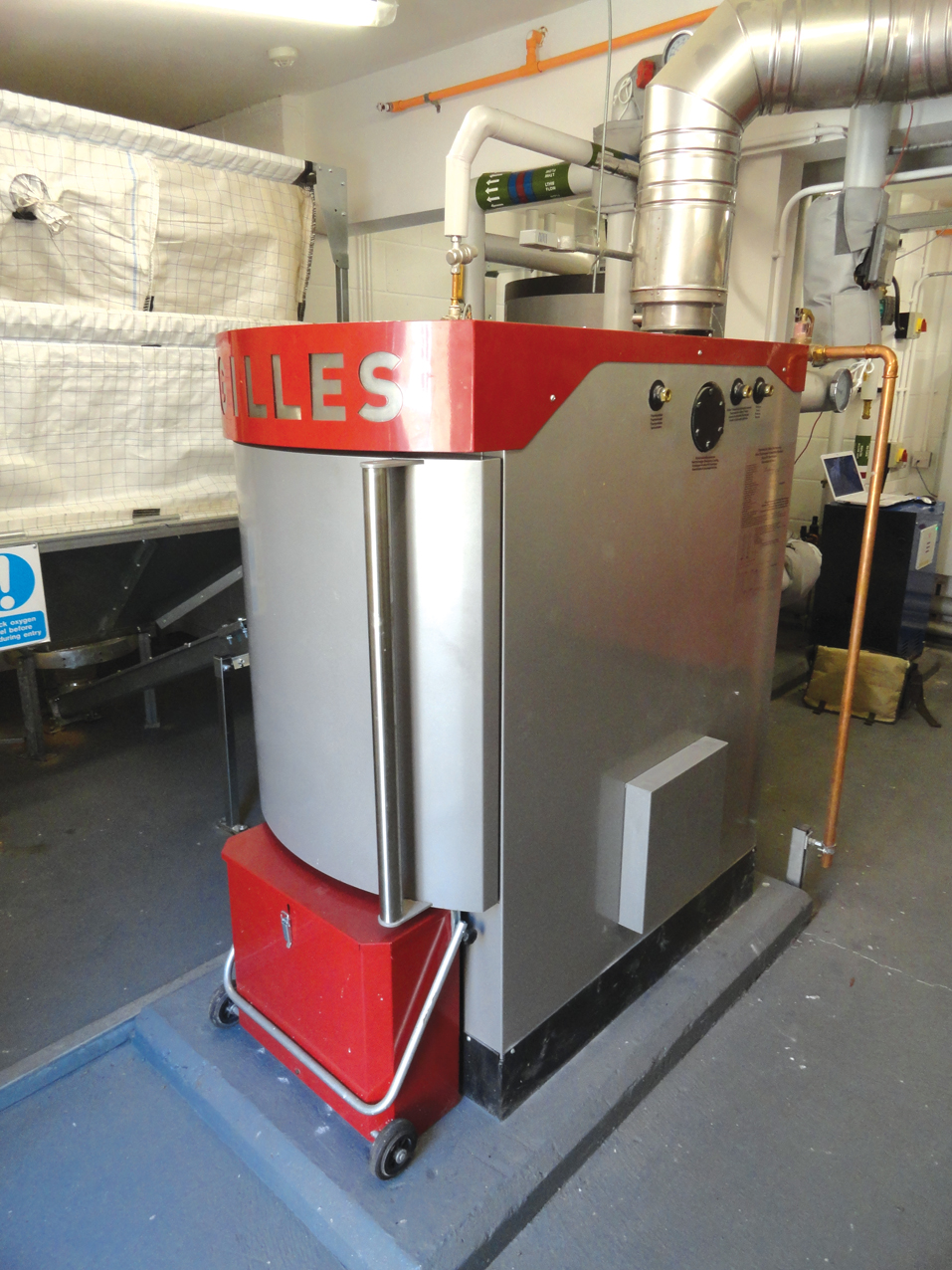 A boiler and undersized wood-pellet store

The most significant and frequent finding for underperformance was directly attributable to parallel connection, which was the case for 50% of the boilers examined. Other hydronic issues affecting performance were present in 40% of systems, with 33% of boilers unable to deliver their full output.

In 23% of systems, seasonal efficiency was degraded by the selection of a boiler that is lit continuously, rather than opting for a fully automatic one. A boiler system that operates 24/7 is inconsistent with a load profile that demands heat for no more than 40 hours a week. CJ

■ David Palmer is a director at Campbell Palmer Partnership, and principal author of CIBSE AM15: Biomass heating