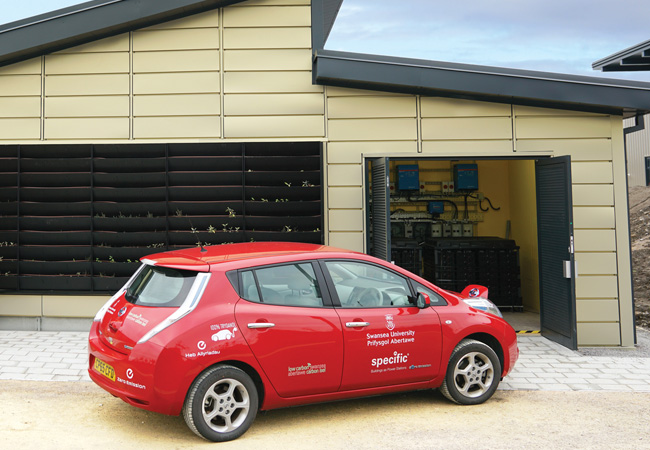 A design concept that turns homes into power stations could cut household fuel bills by more than 60%, according to electricity market research.

Swansea University unveiled the UK’s first ‘energy positive’ classroom last year and the same concept will be used on a development of 16 new homes to be built by social housing group Pobl, in Neath.

A combination of solar cells, battery storage and a revolutionary steel frame draws solar-heated air through tiny perforations for heating and warm water. According to Andris Bankovskis, of the government’s Panel of Technical Experts on Electricity Market Reform, savings of more than £11bn over 40 years could be achieved if the same principle was used in one million new homes.

He scaled up the Neath scheme and calculated that average savings would be £600 per household – ‘and that’s before you factor in the opportunities for investment and job creation’. The concept could cut carbon dioxide emissions by 80 million tonnes over 40 years and reduce peak electricity demand by 3,000 Megawatts, which is roughly equivalent to the output of a very large power station.

‘The combination of photovoltaic cells and battery storage means the homes could harvest energy from sunlight, and hold it until it is needed at times of peak demand,’ said Bankovskis. ‘Provided we can make smart networks a reality, we can better control our energy and share it more easily around a locality, reducing stress on the grid.’