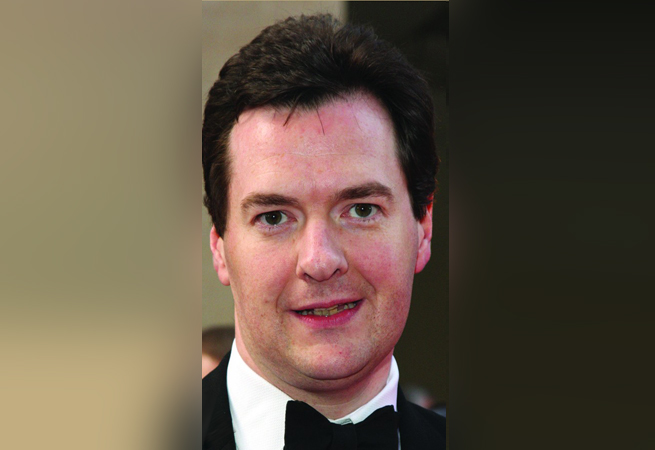 The Chancellor, George Osborne, has cancelled the UK’s zero carbon buildings policy and loosened the planning laws in a bid to speed up housebuilding.

In a green policy shake up, the government also announced that there will be no further funding to the Green Deal Finance Company.

Energy and Climate Change Secretary Amber Rudd announced the axing of the Green Deal in a ‘move to protect taxpayers’. She said the government will work with the building industry and consumer groups on a new value-for-money approach.

In his Fixing the Foundations: Creating a more prosperous nation report – which is intended to tackle the UK’s ‘long-term productivity slump’ – Osborne (pictured) said the government ‘did not intend to proceed with the zero carbon Allowable Solutions carbon offsetting scheme, or the proposed 2016 increase in on-site energy efficiency standards’.

The report added that energy efficiency standards would remain ‘under review’, recognising that ‘existing measures to increase energy efficiency of new buildings should be allowed time to become established’. However, the main planks of a policy first set out in 2007 have been abolished, including: the 2016 zero carbon target for new homes; the 2019 target for non-domestic buildings; and next year’s revisions of Part L of the Building Regulations.

Rudd told the Energy and Climate Change Committee that the decision had been to postpone zero carbon policy rather than abandon it. She said: ‘Although we are not having new zero carbon homes for now, we are working together [with the Department for Communities and Local Government] on seeing what we can do for existing housing stock.’

CIBSE technical director, Hywel Davies, said the zero carbon and Green Deal announcements were ‘not a huge surprise’, adding that ‘getting the changes to Part L that zero carbon needed was already looking challenging’.

He added that it had been ‘clear for some time that the offsetting elements of the Allowable Solutions scheme did not fulfil the requirements of the EU Energy Performance of Buildings Directive, under which the UK has to deliver nearly zero energy buildings from 2021 [2019 in the public sector].’

Davies welcomed the fact that the industry now had ‘clarity’, and said the next challenge was to deliver ‘nearly zero energy buildings’ for the public sector by 1 January 2019. ‘All that the government has to do now is work out how,’ he said.

However, the UK Green Building Council denounced the changes as the ‘death knell’ for zero carbon homes, with chief executive, Julie Hirigoyen, describing the Chancellor’s strategy as ‘short-sighted, unnecessary, retrograde and damaging to the industry’. She acknowledged the need to build more homes, but said they should not be saddled with a ‘legacy of high energy bills’.

A total of 246 senior business figures have put their names to a letter urging the Chancellor to reverse his decision to drop zero carbon building targets.Directors of energy and property organisations – including E.ON, Whitbread, Saint-Gobain and the British Property Federation – said George Osborne’s U-turn on carbon policy has ‘undermined industry confidence’ and could damage investment in technological innovation.

‘The weakening of standards will mean our future homes, offices, schools and factories will be more costly to run, locking future residents and building users into higher energy bills,’ the letter read.
‘It also runs counter to advice from the Committee on Climate Change, impeding our ability to meet our statutory carbon targets cost-effectively, at a time when we should be showing international leadership on this issue.’