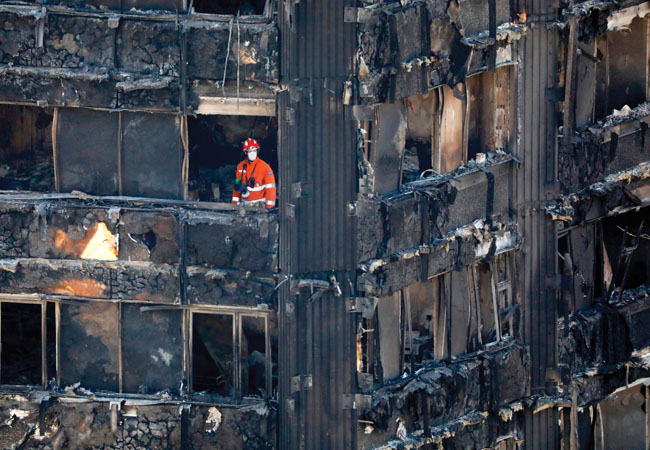 Residents of Croydon’s Citiscape complex, clad in similar flammable panels to Grenfell Tower, are facing a bill of £2m

Leaseholders ordered to pay more than £2m to replace flammable cladding on their apartment block have been advised to consider legal action against the government, because the Building Regulations could be deemed ‘not fit for purpose’. Private residents of the 95-apartment Citiscape complex in Croydon, South London, are facing financial ruin after a ruling by an independent tribunal that they – and not the building’s management company – must pay for the cladding to be replaced.

It was deemed unsafe after an inspection prompted by last June’s Grenfell Tower fire. The residents argued that the cost of replacement work should not be added to their service charge as it was not standard wear and tear. However, chair of the local property tribunal Angus Andrew ruled that ‘if the manager is obliged to do work… tenants are obliged to contribute to the cost’.

This ruling could have significant implications, because a further 130 apartment blocks have failed similar safety tests since the Grenfell fire.

Andrew said the residents could have warranty claims against the cladding manufacturer and the builder ‘if they were found to be negligent as to the selection and installation’. They could also sue the local authority ‘if there were errors in the certification process’, but may also have a case against central government ‘if the Building Regulations were not fit for purpose’. However, no claims could go ahead until the public inquiry into the causes of the Grenfell fire completed its work next year.

Andrew also warned that tenants could ‘find themselves mired in litigation for many years’ and that their flats would be unsaleable as a result.