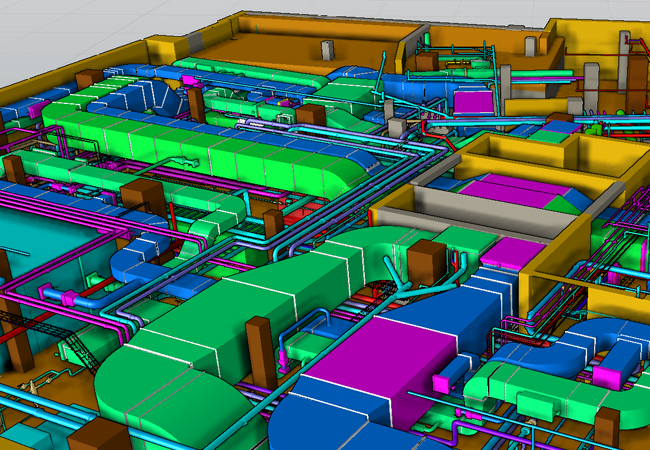 The ‘rise of BIM’ is having unintended consequences for how building services engineers approach design, according to Patrick Bellew, principal of Atelier Ten.

He told the CIBSE Building Performance Conference that BIM was prompting design teams to start work on detailed designs too early in the process, so reducing innovation and creative thinking on projects. ‘We are modelling too much too soon,’ he told delegates at the QEII Conference Centre in London. ‘The danger is that you get locked into the model too quickly, which makes it difficult to make changes later in the process.’

‘We are spending too much time on the exact geometries for the model and not enough time thinking about the physics of the building,’ he added.

He summarised the 1994 Latham Report as saying that consultants should design less and contractors design more. BIM is reversing this process, said Bellew. ‘We are producing fantastic drawings of beautifully rendered systems that will never be installed because the contractor will change the manufacturer.’ He also said BIM was driving up costs, with the drawing process now accounting for more than 20% of his practice overheads – up from 8% before BIM.

Former CIBSE President Max Fordham called for engineers to rely less on computer algorithms and do more ‘intuitive’ design. ‘It wasn’t a computer algorithm that designed the burial chamber in a pyramid where the temperature has been maintained at a constant 20°C for 4,000 years,’ he pointed out.