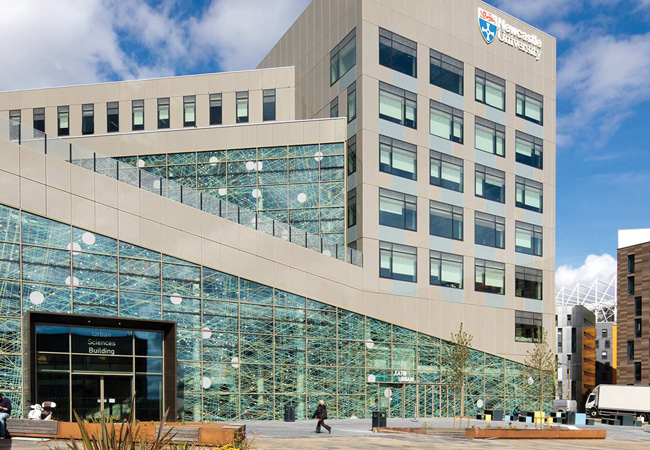 BuroHappold Engineering was one of the major winners at this year’s CIBSE Building Performance Awards. It won in two categories and was highly commended for its work on the lauded David Attenborough Building in Cambridge.

Duncan Price, partner at BuroHappold, believes the awards have a particular significance for engineers. ‘They’re one of the few awards seriously backed up by data – they’re very credible,’ he says. ‘People here felt a lot of engineering pride in winning them.’ 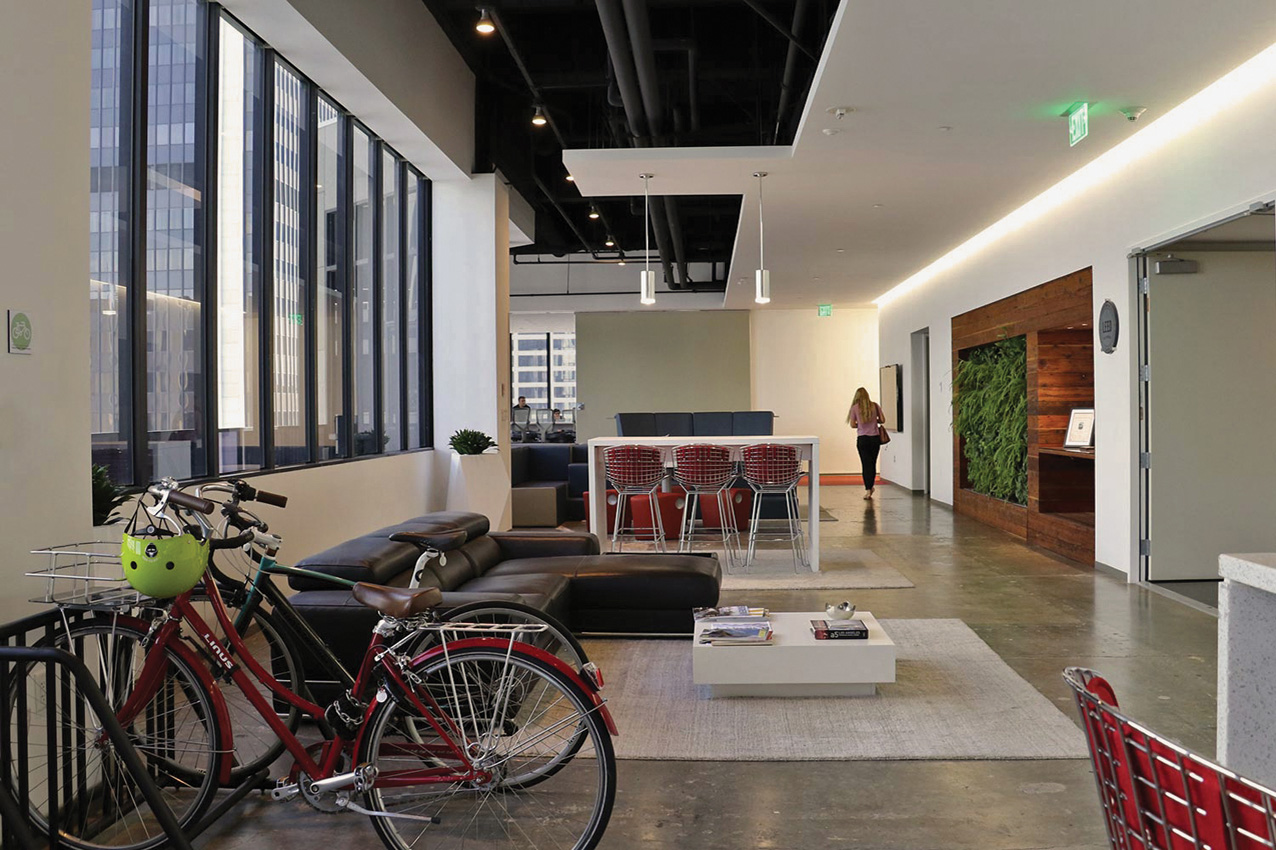 The global engineering consultant was so pleased with its success that it sent the awards on a world tour. ‘We’ve asked staff in every office to take a CIBSE-selfie,’ says Price. The final destinations of the accolades will be Los Angeles for the Energy Efficient Product or Innovation Award – currently in Boston – and London for the Building Performance Consultancy of the Year (more than 1,000 employees), which is now on display in Hong Kong.

Price says entering the awards was a catalyst for gathering information from offices around the world, which helped BuroHappold put building performance even further up the agenda. ‘A few directors in farther-flung offices said it was really powerful to see what could be achieved by working together internationally,’ he says.

To win the best consultancy accolade, BuroHappold had to give examples of innovation and collaboration with external project members, and show how it was training and developing staff to deliver high-performance built environments. It also had to demonstrate how it was improving energy performance and ensuring the health and wellbeing of building occupants.

Workshops elevate the importance of outcomes, because the client has invested their time in the process

Based on the outcomes, sustainability frameworks were created, which included targets for operational energy, and commissioning optimisation. ‘Workshops do two things,’ says Price. ‘They get engagement early in the process – which is critical – and they elevate the importance of performance outcomes, because the client has invested their energy and time in the process.

“Bringing the different voices in at the beginning is really powerful. For example, corporate targets on carbon reduction and sustainability reporting give greater weight to the business case for performance targets.’

BuroHappold associate Mark Dowson, who is chair of the CIBSE Energy Performance Group, says engineers often came in at a later stage than the architect. ‘One of the things we’re working on is going out and talking to architects – telling them about building performance processes we want them to go through at the start of a project,’ he says. 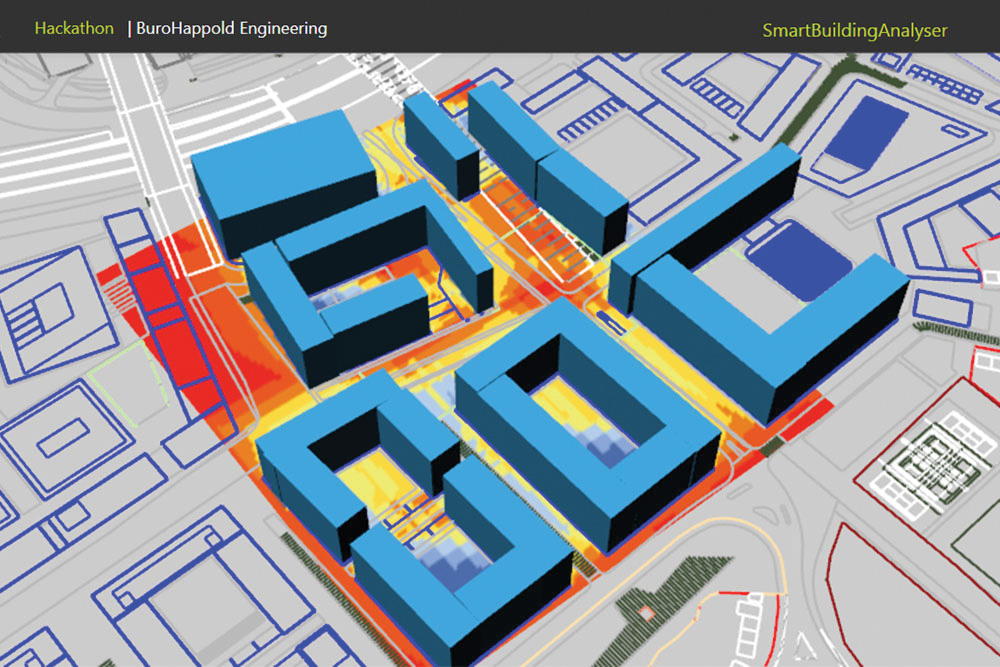 The Smart Building Analyser runs simulations in near real time

BuroHappold has identified five factors that underpin good performance: aspiration, control, design for performance, feedback and knowledge. In its award submission, it said aspiration is about setting a target to create a common language that everyone can understand and strive towards – for example, using kWh·m-2 for energy.

Control means contracting collaboratively, so that performance is guaranteed through a consistent, predictable delivery process. Design for performance relates to real-world outcomes rather than compliance, while feedback is a reminder that information gleaned from monitoring must be relayed to project team members, particularly during handover.

Finally, knowledge is about sharing good practice and expertise – both internally and within the supply chain.

Health, wellbeing and productivity is one of BuroHappold’s six focus projects. The others are: delivering building performance; BIM for efficient delivery; smart buildings and controls; digital design for the built environment; and design for prefabrication. As well as having Well Standard Assessors and Fitwel Ambassadors, the consultancy is contributing to research, including the UK Green Building Council’s reports on wellbeing in offices and retail.1, 2

The increasing focus on occupants’ health and wellbeing is influencing design, and can be challenging if these targets don’t align with energy goals. ‘There are many ways carbon and wellbeing targets can be in conflict if you don’t do it right,’ says Price. 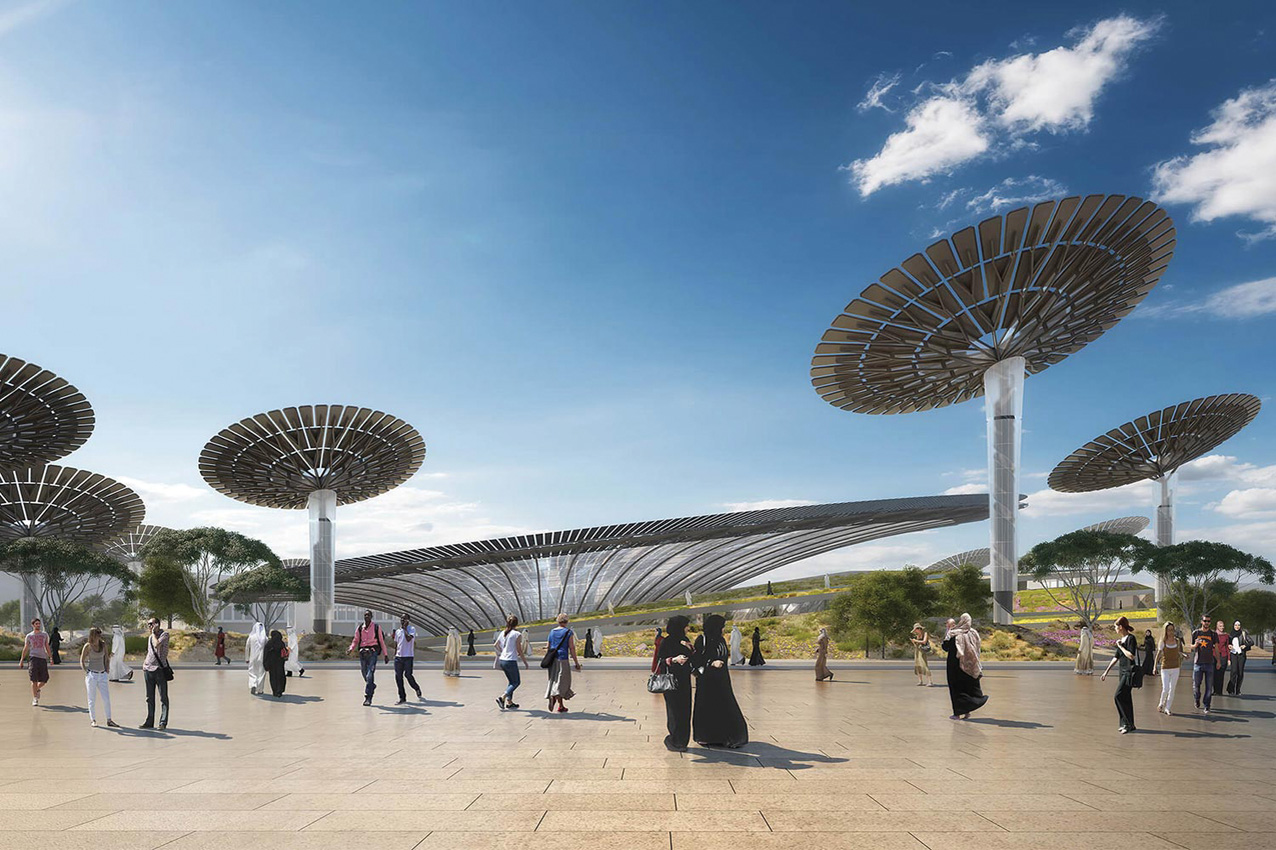 One example is the inclusion of an acoustic ceiling, which will improve comfort for occupants, but preclude the installation of chilled beams that could optimise energy savings. ‘The engineers’ role is to work out what is the optimal solution for the client when faced with constraints,’ says Dowson.

To help balance priorities, BuroHappold has developed a ‘smart building analyser’ tool that allows parametric simulations for health and wellbeing factors (light, air, views, noise) and energy consumption, in near real time. It is one of a host of innovations developed by BuroHappold, which includes a methodology for creating self-calibrating energy models developed by EngD researcher Dr Tristan Gerrish at the Co-op’s HQ in Manchester. 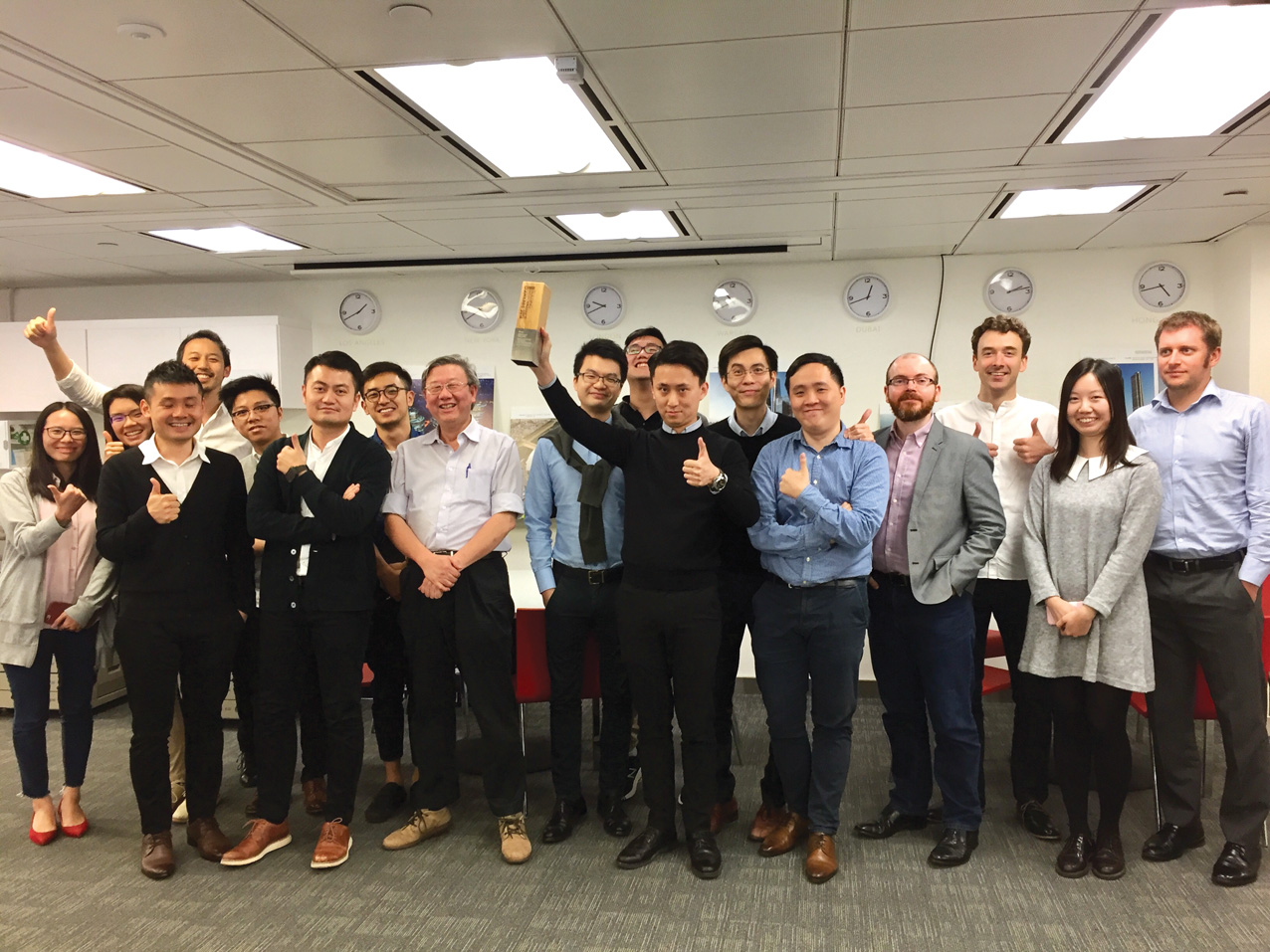 Price says the focus on performance outputs chimes closely with the Design for Performance (DfP) initiative, whereby performance-based outcome targets are enforced through commitments made by the developer and main contractor.

‘Design for Performance ingrains in people’s mind that you’re trying to understand how a building is going to perform from the beginning, and will check that all the way through design, construction, handover and commissioning,’ he adds.

BuroHappold’s research on building performance means it often gives policy advice. It has worked on integrating DfP in the Greater London Authority’s (GLA’s) draft London Plan, and has advised the GLA on energy efficiency. It has also written a policy report on the role of regulation in driving environmental performance.3 ‘Policy-makers are increasingly interested in incentivising real-world performance,’ says Price. ‘Advanced policy-making, which has traditionally been about compliance, is now more about driving performance and resilience.’ 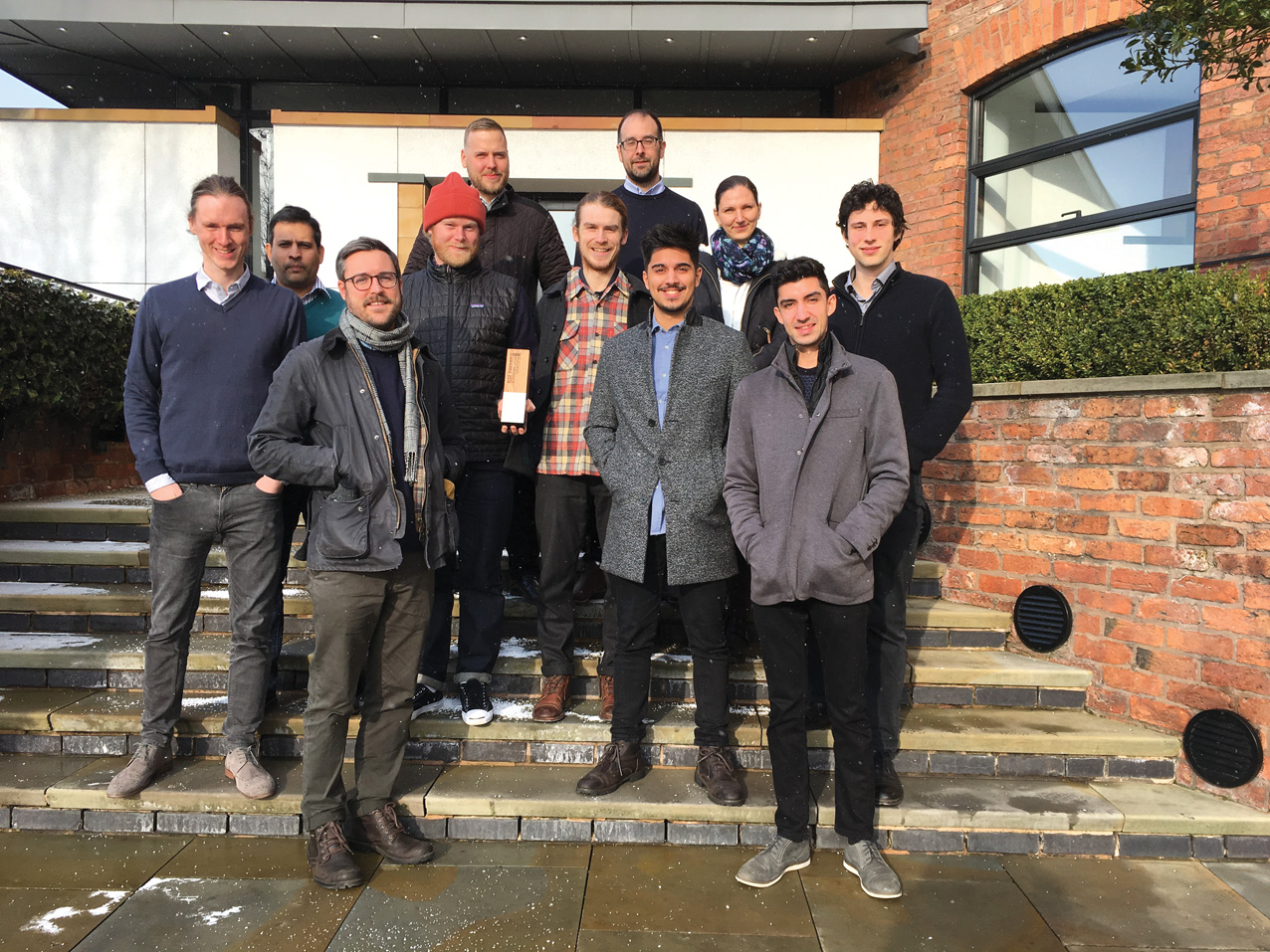 BuroHappold is happy to walk the walk and has carried out energy audits on its offices beyond the requirements of the Energy Saving Opportunities Scheme. It audited six offices where it had control of energy use, and prepared Display Energy Certificates (DECs) for each. The ratings ranged from D to F. BuroHappold used the DECs to raise awareness of energy use among staff, and took measures to improve the ratings, such as installing LEDs and new boilers.

An increasing amount of BuroHappold’s work is focused beyond buildings, however, in the wider urban environment. The introduction of electric vehicles is a good example of the symbiotic relationship between city infrastructure and buildings. ‘Electric vehicles will be a key part of a building’s load-balancing infrastructure, and the more we can keep our streets clean and quiet, the more potential there is to open windows and let buildings breathe,’ says Price. ‘We need to engineer the street, as well as buildings.’

The Urban Sciences Building, designed by Hawkins\Brown, is a prime example of this integration of infrastructure and buildings. The fully electric building will be a testbed for energy storage and battery technology, and has more than 5,000 sensors recording at one-second intervals. Live data can be viewed on a 3D web model, called the Urban Conservatory, developed by Newcastle University. Sensors also record air quality and weather across the city, so the building’s effect on the wider environment can be measured.

Another innovative BuroHappold project that aims to be net positive energy is Dubai Expo 2020. ‘Solar trees’ will generate clean energy while acting as water condensers at night.

BuroHappold says the following have been successful in delivering good performance:

With offices around the world, BuroHappold is keen for engineers to exchange knowledge and learn from different markets. ‘With our global reach, you get linkages between markets that you didn’t necessarily expect, which allows you to leverage different skills,’ says Dowson.

One example is the requirement for zero discharge from buildings in Mumbai to avoid overloading the sewage system. BuroHappold’s blackwater recycling designs, meanwhile, are of interest to the Los Angeles office because drought conditions in California have raised the importance of water efficiency. 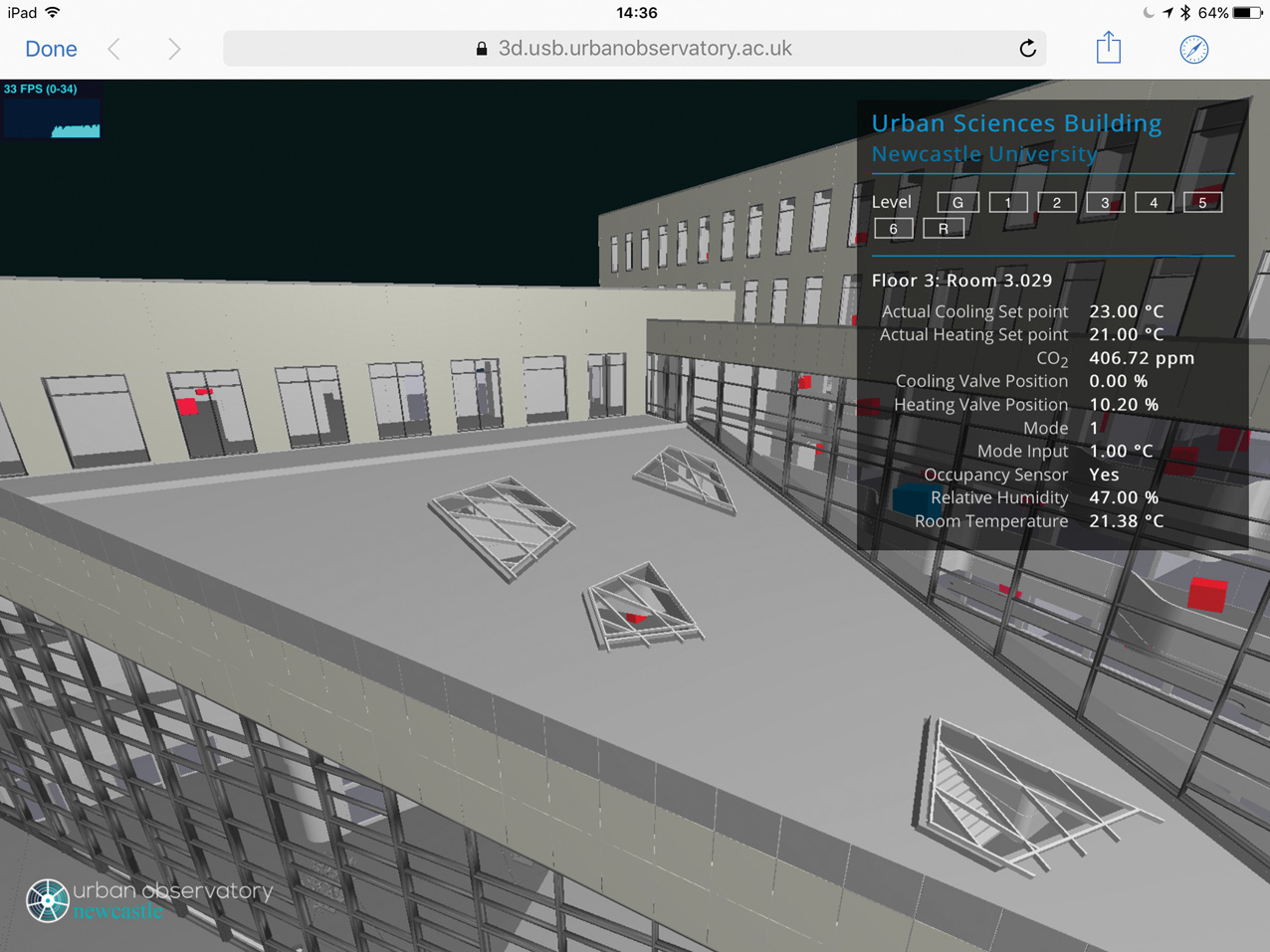 Live data from the Urban Sciences Building via the Urban Observatory

A passive design for the Shimoga Processing Centre in India is also inspiring engineers elsewhere. Despite the hot climate, the call centre has no artificial cooling, and instead uses 3-4 metre-deep external shading to maintain comfortable interior temperatures. ‘The data demonstrated the performance in practice, in what was a really tough environment. This gives us enormous confidence that you can really push the passive performance of buildings in the UK,’ says Price.

To compete in an increasingly digitised industry, BuroHappold has to ensure its workforce is trained in computational engineering, data science, design and consulting. ‘Soft’ skills are also needed by engineers, to help them communicate with, and build a consensus among, stakeholders. ‘We have an emerging professionals programme, which teaches storytelling skills to ensure engineers are good consultants.’

Employees must achieve chartership as a precondition of becoming a senior engineer, with many doing so through BuroHappold’s accredited scheme with CIBSE. In its award submission, the firm said it encourages employees to challenge what is normal, and for their ‘enthusiasm to spill out when… in front of clients’. ‘We are trying to drive better buildings, be open and transparent, and share as much as we can,’ says Price. ‘Together, as an industry, we can make great strides.’