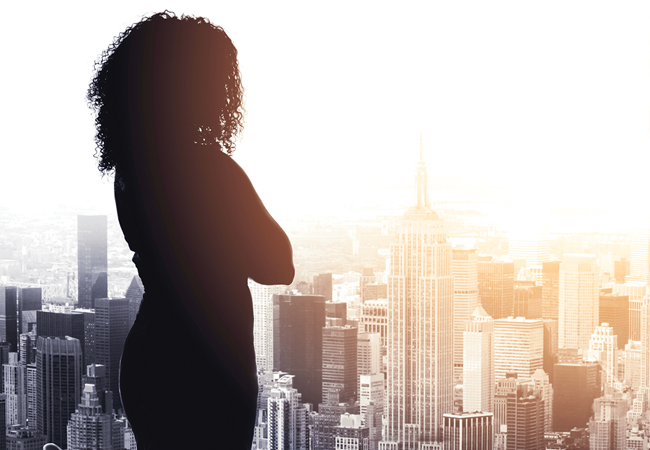 Female role models in positions of leadership are imperative in the built environment, because ‘you can’t be what you can’t see’.

That’s the view of Susie Diamond, partner at Inkling, who says a female CIBSE President [Lynne Jack] is ‘bloody marvellous, and about time after 122 years’. ‘She’s very impressive in her field, she’s international and she’s smart – but the fact she’s a woman is really exciting to me,’ Diamond adds.

It’s a view shared by many in the profession. Lucy Vereenooghe, operations director at ChapmanBDSP, says: ‘The industry has been slowly making steps towards increased diversity and inclusion, but a female role model at the highest level is a step change, and will hopefully inspire future generations.’

‘CIBSE sets the standard for the building services industry, and naming Lynne Jack as its leader is a clear example for the rest of the sector to follow. The appointment will show females within – and outside – our industry that there are routes to the top, and the opportunities available to excel.’

David Stevens, vice-chair of the CIBSE Facilities Management Group and a member of the CIBSE Inclusivity Panel, says Jack will be an excellent president, regardless of her gender. ‘It is important, however, that we celebrate our first female president – a role model for young female engineers across the breadth of building services.’

It is just a pity CIBSE members have had to wait until 2019, Stevens adds, while other institutions have had female presidents for at least a decade – including the IMechE, which appointed Pamela Liversidge in 1997. ‘Women are still under-represented on the CIBSE board, and there is no female candidate currently in the chain of succession,’ he says. 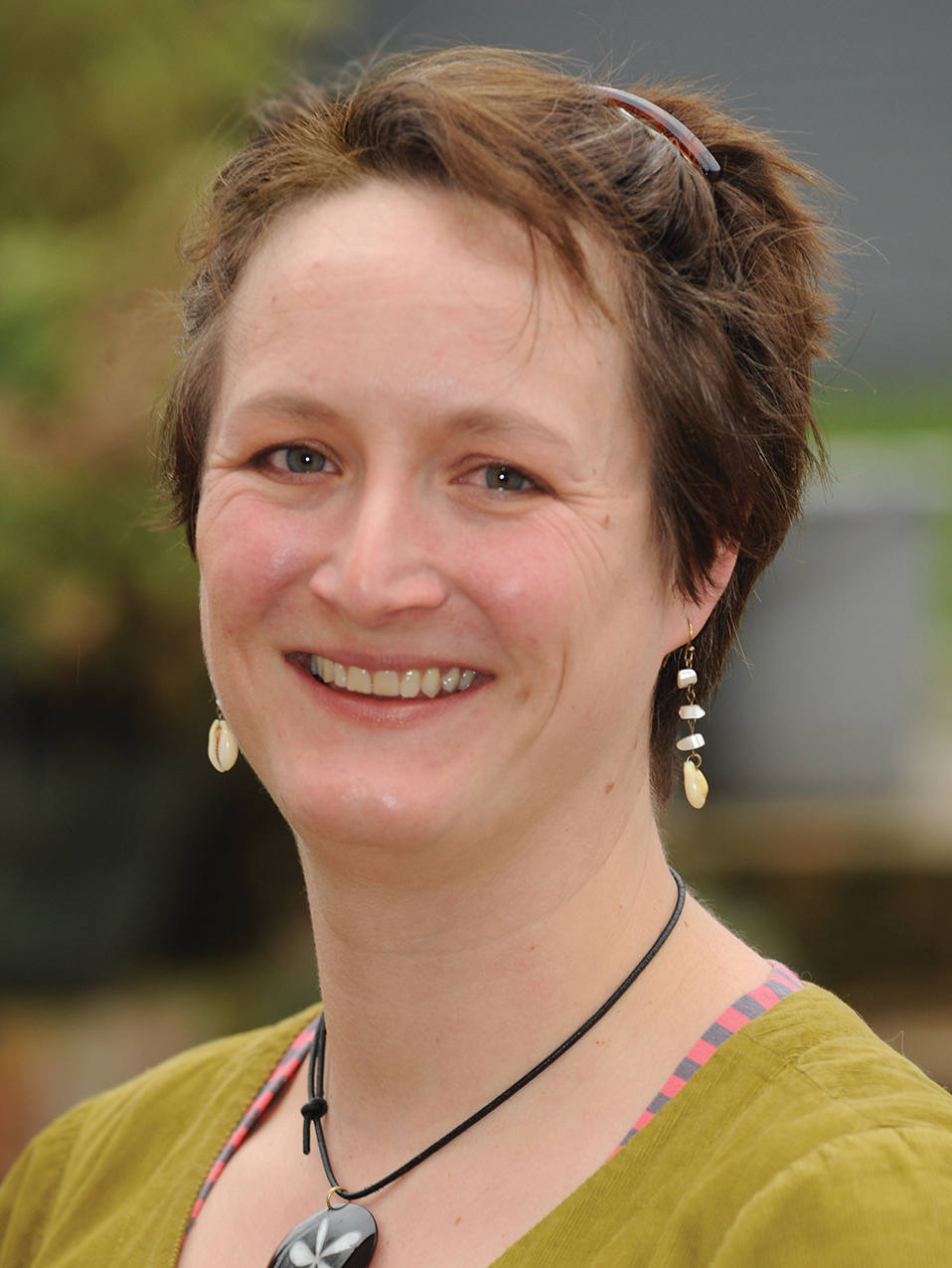 However, the drive to get more women into the industry is almost the easy bit, says Kieran Thompson, head of talent, diversity and inclusion at Cundall. ‘What we haven’t tackled is the problem of women leaving the industry. We can do everything to get a 50-50 male to female ratio at entry level, but that doesn’t mean anything if we can’t retain them.’

The equity and ethics strand of Cundall’s new sustainability roadmap states that the company is committed to making sure everyone has the opportunity to succeed, regardless of their gender or background, says Thompson. The firm has pledged to substantially increase the proportion of female staff in leadership roles, as well as the proportion of female and ethnic minority global technical hires in all disciplines. As part of his role, Thompson is setting the strategy for the firm to address these challenges.

‘Female role models occupying leadership positions are fundamental to the industry having any hope of moving towards gender parity,’ he says. ‘We’ve been talking in circles for decades about the gender-equality issue – and we’ve made some steps in the right direction – but, when you look at the leadership-level figures, there hasn’t been a great deal of change. Unless we get that right, at the top level – and establish role models – people aren’t going to take it seriously.’ 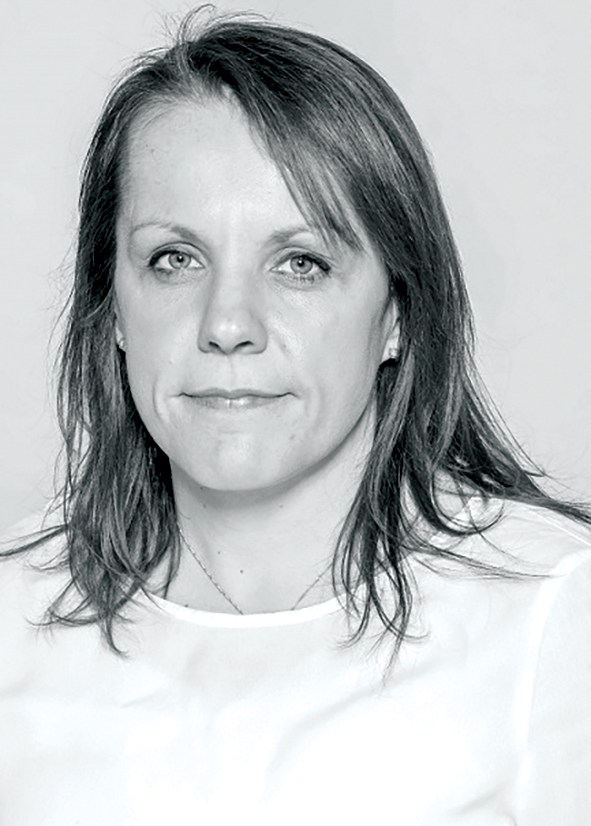 What can the industry do?

Reverse mentoring – where older managers or directors are paired with younger engineers or graduates, often of a different gender or from a different background – is a good way to help senior managers understand the needs and cultural diversity of modern-day workers. ‘Younger staff mentor their older mentees in aspects affecting the younger generation, including trends, social media, tech and work-life balance,’ says Stevens.

Thompson adds: ‘The industry is changing, and someone who is 60 years old needs to be empowered to realise the positive impact they can have if they adapt their behaviours.’

Traditional mentoring is also important, says Dr Marialena Nikolopoulou, professor of sustainable architecture at the Kent School of Architecture and Planning. ‘A mentoring scheme offered by a professional association is invaluable to help link mentors with people that need help and advice, or to offer a sounding board for ideas,’ she says.

‘When I had difficult decisions to make, I didn’t reach out to people within my organisation, but to people outside my workplace – or in another department – whose professional judgement I trusted.’

We all want to be treated fairly, whatever the situation or context. A major part of working in the built environment is contributing to improving quality of life for society as a whole. Professional engineering institutions should be driving the implementation of equality, diversity and inclusion practice. Our guidelines cover a range of issues – from events and accessibility to language and knowledge – providing actions that are clear and easy to implement. So, whether you are organising a special interest group event or electing a new regional committee, we’ll be giving some top tips to help you treat people fairly, include them and help make CIBSE more representative of society.

To attract more women, the industry needs to showcase and celebrate the many career paths available, says Nikolopoulou. ‘CIBSE has an important role to play in this, because it’s not just about ducts and pipes any more – it covers so much more.’

Branding is a major part of this, says Thompson. ‘Images of people in hard hats and high-vis jackets is a clichéd depiction of construction, which doesn’t portray an accurate or attractive picture to those who might like a different profession in the industry, outside of being on site.’ 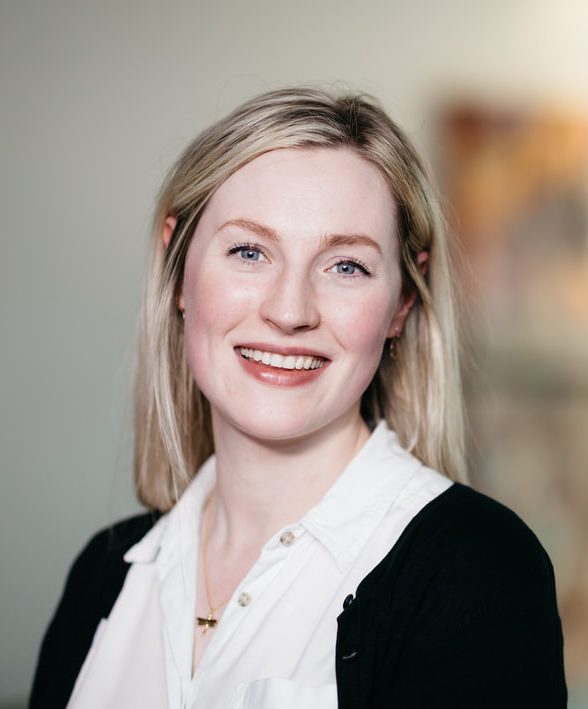 While this is starting to diminish, outdated gender stereotypes – like women not belonging on building sites and men receiving the more risky and exciting roles – still exist, adds Frost. ‘Until these disappear completely, women will always be at a disadvantage in the industry. At SES, we’re making huge strides to dismiss those views and encourage a diverse workforce throughout the company. Unless engineering companies tap into talented women’s ideas, our industry will never be able to reach its full potential.’

People are very engaged politically and culturally, making values-based decisions at a young age, says Thompson, ‘so we need to have values-based organisations – and that means treating people with respect, and taking an interest in individuals.’

Frost says the industry needs to encourage girls to consider engineering as a career as early as primary school level. ‘Bringing female engineering role models into schools to talk about the industry and demonstrate the wealth of opportunities on offer will inspire girls to pursue careers that make a difference. Companies should champion schemes that give young people exposure to engineering at an early age,’ she says.

SES, for example, partners with The Mount School, in York, to hold its annual hovercraft day, which gives year-six girls the opportunity to build – and race – their own hovercrafts. ‘We’ve been running this scheme for the past six years and it’s inspiring to see that participating girls have gone on to choose STEM subjects at A Level,’ adds Frost. 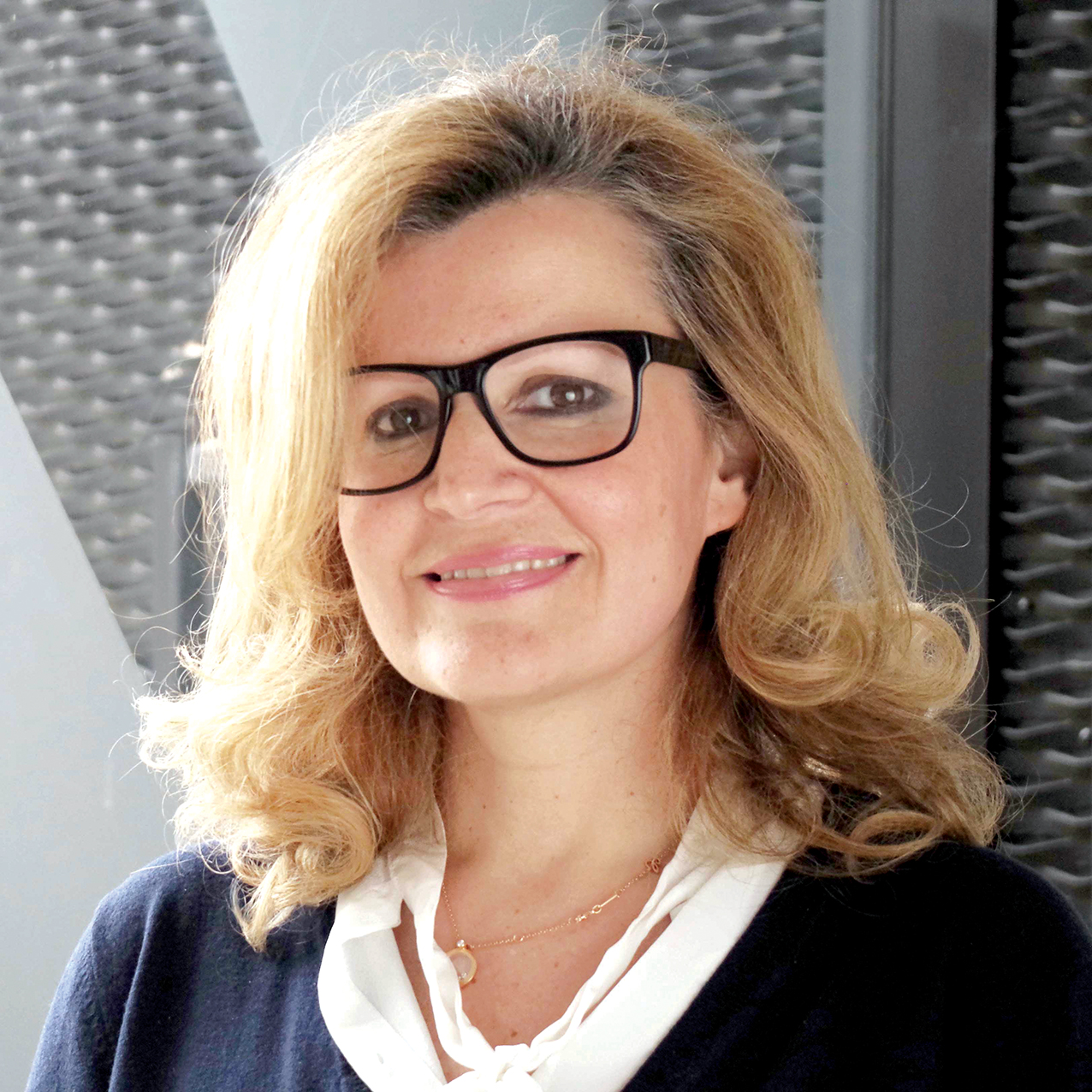 One of the most important things an employer can do to retain women who have gone on maternity leave, for example, is to offer flexibility and support. Thompson says it’s key to maintain contact and to be responsive – and to manage people’s expectations about coming back to the job they’ve left behind. He adds that firms can also showcase the experiences of women who have come back from maternity leave.

A guidance document might also help women feel their organisation cares about the struggle they might go through in the short term, as they get themselves back into a position of confidence, says Thompson.

Keeping-in-touch days can help a new mother stay engaged with the workplace, adds Stevens. ‘This can be supported by attendance at staff forums, CPD, professional networking and social events – all of which help reduce the anxiety of returning to the workplace after a long time away. Employers should also consider helping with the cost of childcare during these events.’

Flexible working, compressed hours and working from home – combined with other wellbeing and support programmes – will help staff feel valued, and encourage them to stay with employers too, says Stevens, who believes gender-coded language is another hurdle that needs to be overcome. ‘Employers should review workplace policies and job adverts for bias, as masculine language tends to put women off applying for jobs.’

Frost says that unless firms support returning mothers, they will only miss out on valuable expertise. ‘Removing barriers by encouraging flexible working hours and providing the technology for women to work easily from home is an excellent place for companies to start.

‘We also need to see more role models and examples of female colleagues who have excelled within the industry after coming back from maternity, to help inspire others and show that it is possible to balance a family and a fulfilling career in engineering,’ she says.

Thompson adds: ‘The aim should be to get to a socio-economic spread of people in the organisation, because – as research shows – diverse teams perform better.’ 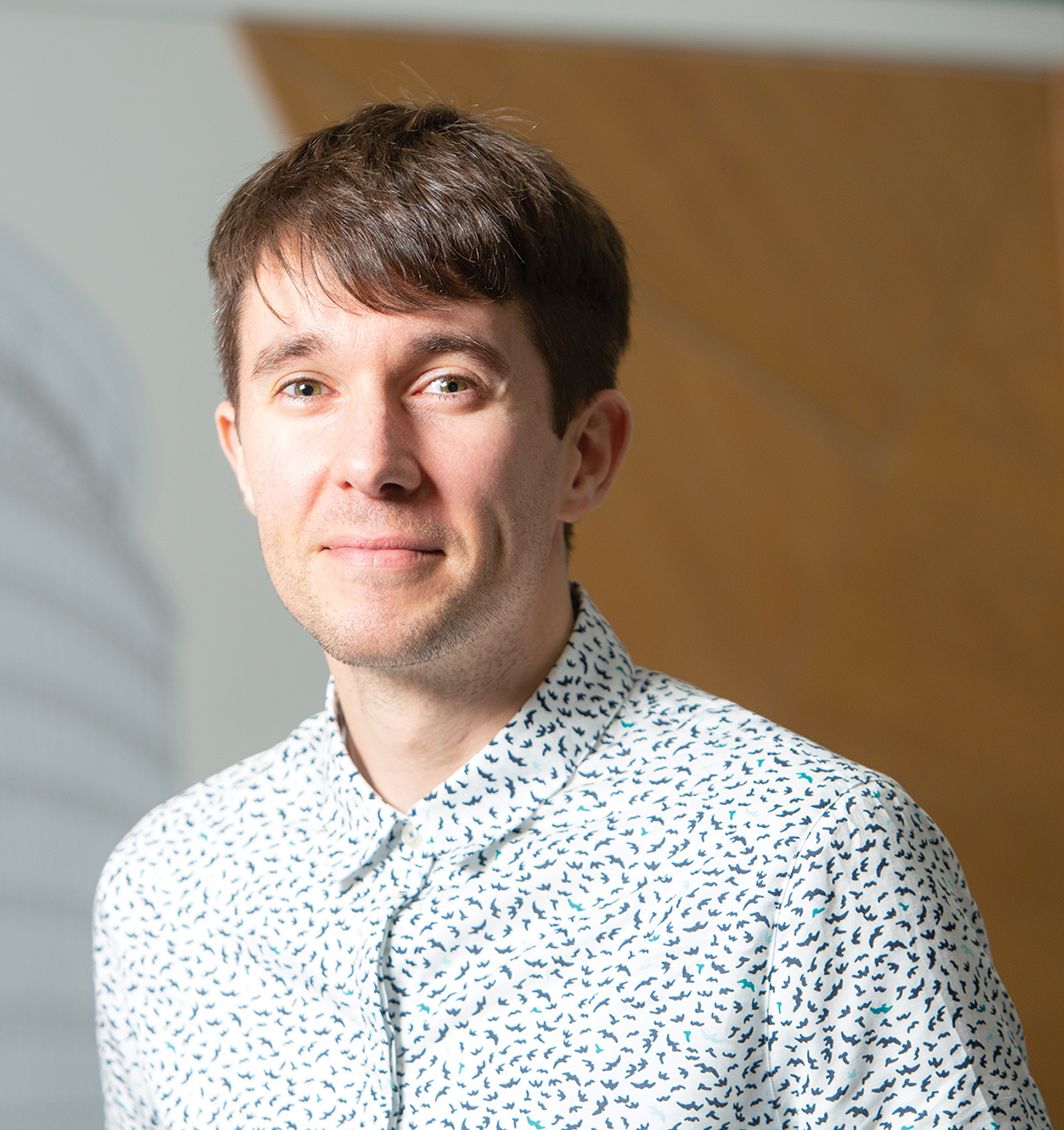 In its report Increasing diversity and inclusion in engineering – a case study toolkit, the Royal Academy of Engineering (RAE) found that firms in the top quartile for gender diversity were 15% more likely to have financial returns above their industry’s national median.

Tiptoeing around the issues of inclusion and diversity is no longer an option, says Thompson – ‘the industry must change so we can fish from a bigger pool during times of talent deficit’.

The RAE report said engineering employers were projected to need 1.82 million skilled people from 2012-22, and 96% of its Diversity Leadership Group firms wanted to broaden their recruitment pool.

‘How are we going to make construction an attractive proposition if we don’t change internally? Leaders must lead by example,’ says Thompson. ‘If people feel welcome and have a sense of belonging – which comes from the top – they will stay.’

Frost adds: ‘Engineering can be a fascinating, challenging and lifelong career if you want it to be, and educating females on the variety of roles available will hopefully lead to more diversity in the industry.’

CIBSE rules of thumb for women in engineering

Sara Kassam, head of sustainability at CIBSE, explains some rules of thumb for inclusivity.

When I was working in a facilities team at a London university, I noticed that – in project meetings for new buildings – the majority of participants were white men. This got me thinking about how I was received and treated in such spaces.

When I moved to CIBSE, I came into contact with many inspiring women engineers and, over the years, have built up a trove of stories, anecdotes, observations, comments and ideas about women in the workplace. From this sharing of experiences, I found that solutions were emerging about how to handle particular situations, which culminated in an event at CIBSE Build2Perform last autumn.

The women’s breakfast panel discussion, on making the working environment more inclusive, generated ideas for positive change that men and women can follow. I’ve distilled some of these into a document, Rules of thumb for women in engineering, which will be available online later this year.

These rules of thumb include: