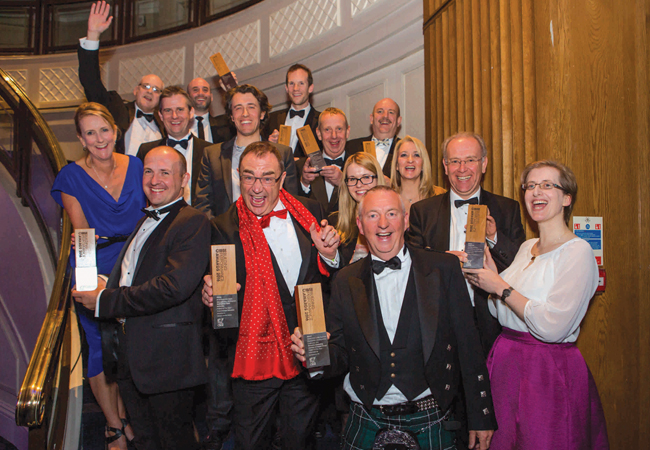 The consultancy, which scooped the 2014 RIBA Stirling Prize for the project, also picked up the Project of the Year: Leisure title during the ceremony at Grosvenor House on 24 February.

The theatre’s energy efficient design – including a naturally ventilated auditorium and use of concrete labyrinths to supply and expel air – was highly praised by the judges. Its façade, which employs sophisticated active solar shading, and its low-energy lighting and controls also helped the building achieve a BREEAM Excellent rating.

From the outset, the theatre’s location – in the crowded university and cathedral quarter of Liverpool – posed the biggest challenge for WBS. The theatre auditorium couldn’t have large opening windows or louvres because of traffic noise, and the prospect of daylight breaking in and show noise breaking out. 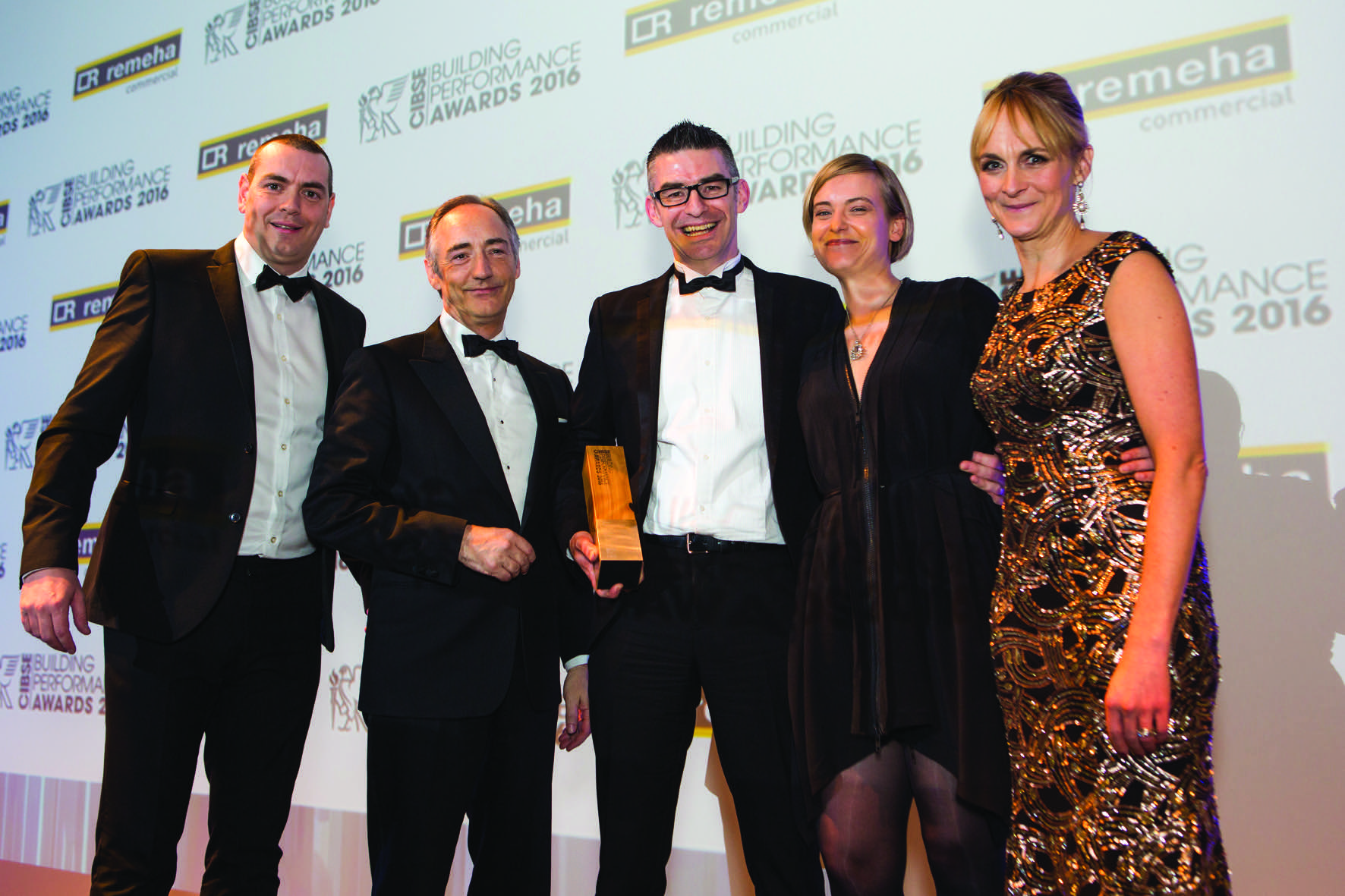 The most innovative element of the design process, however, was the simulation of natural ventilation processes that analysed the auditorium’s environmental conditions, using building-wide dynamic simulation modelling, before refining the results with computational fluid dynamics.

Jonathan Purcell, director of building services for WBS, said: ‘It’s a real stepchange for Waterman Group. We’ve always had a reputation for being a safe pair of hands but, going forward, we want to be seen as a cutting edge engineering firm and this award will help with that process.’

He added: ‘This was a complete team win – we all worked really hard on this project. It has been such an award-winning building, which shows how empowered everyone was by the client and the fact that we knew we were doing something special. It’s a real testament to both the design team and the client’s commitment to make a really special building. This award shows what you can do when everyone buys into the same ethos.’ 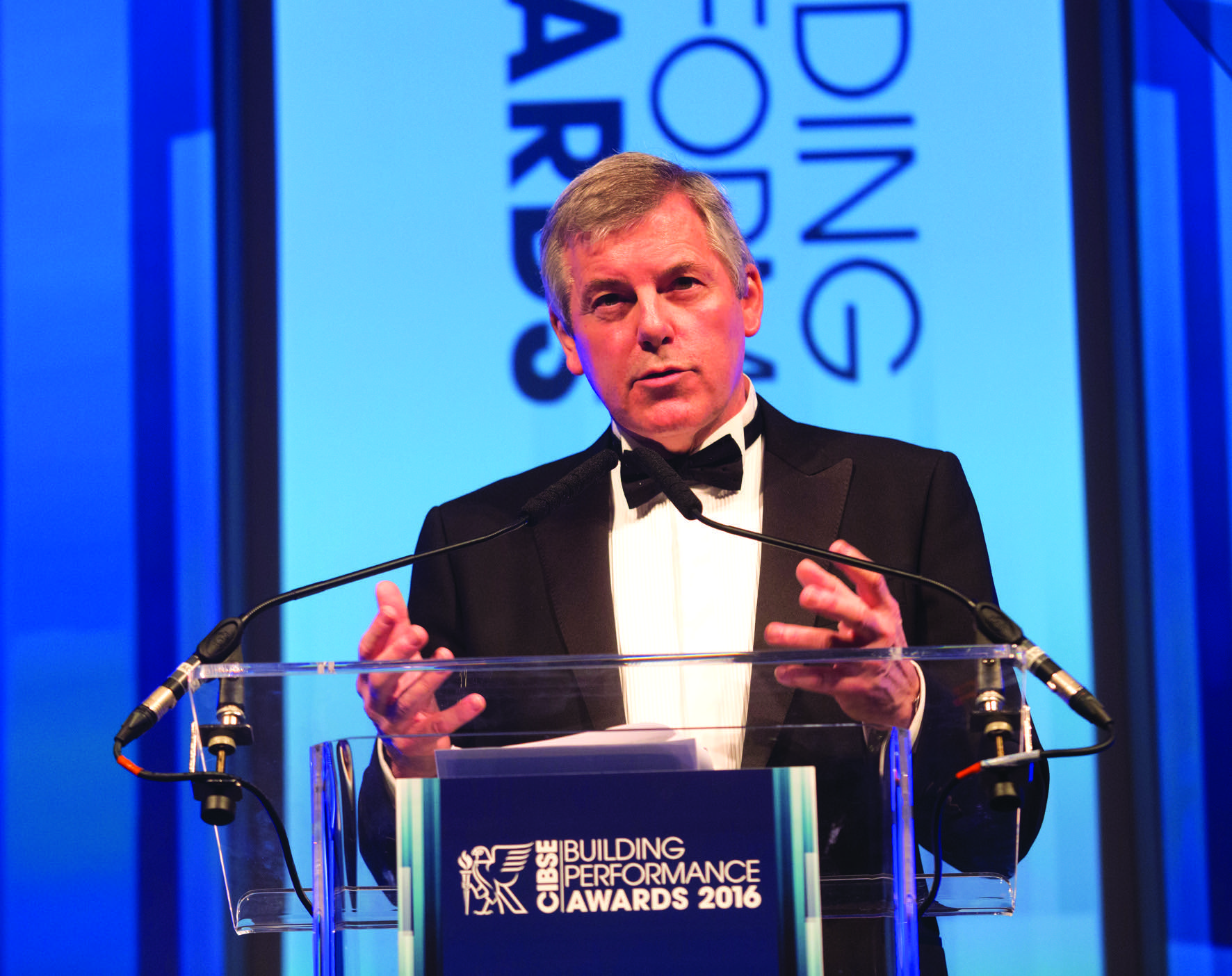 Munish Datta, judge and head of facilities management and Plan A at Marks & Spencer, said: ‘This entry was something special – it goes beyond carbon, looking at all the other things that tie sustainability together. One of the biggest challenges a client faces is bringing engineers and architects together, and this building does that; it looks great and really performs.’

The lighting design for the £20m building, which achieved a BREEAM Outstanding rating with a score of 90.6%, has resulted in high daylight factors throughout, to reduce dependency on artificial lighting and minimise energy use.

Jeff Shaw, awards judge and Society of Light and Lighting president elect, said: ‘This was a project sensitive to its environment, appropriate to the space, and its great use of daylight really stood out.’

Winners at a glance

Other notable winners on the night included Beverley Clifton Morris (BCM), which won the title of Building Services Consultancy of the Year (up to 100 employees) for the third year running.

Established in 2002, BCM takes a holistic view of building design, incorporating fabric, glazing and services, to provide high-quality strategic advice to its clients. It has also undertaken research with Innovate UK to develop life-cycle costing techniques using building information modelling to boost performance. Its training scheme – run under the auspices of the Institution of Mechanical Engineers monitored professional development scheme (e-MPDS) – was recently re-certified for a further three years in recognition of its good practice. 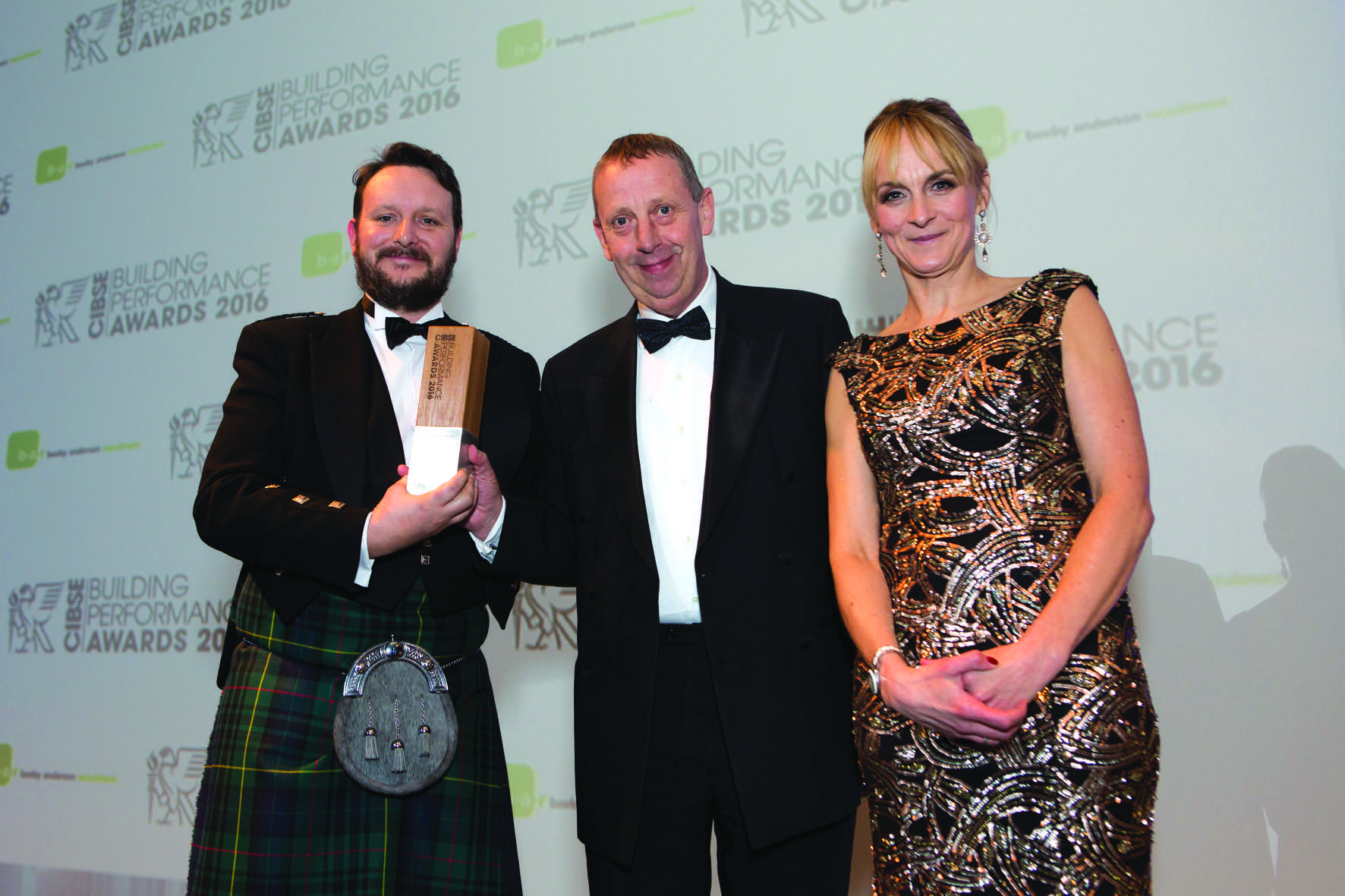 When weighing up the category entries, Trox key account manager, Michelle Perry, said: ‘You could really feel the passion coming from BCM’.

He said the accolade would add to BCM’s credibility and raise its profile in the industry.

The Hoare Lea entry was named Building Services Consultancy of the Year (over 100 employees) because it had ‘real pizazz’, according to awards judge Bill Gething, University of the West of England professor of architecture.

Susan Hone-Brookes, environmental leader at Laing O’Rourke, who also judged the category, added: ‘The winners took it to the next level. There was a richness to their entry; they looked at people development, emotional intelligence and careers for women – not just the standard things a consultancy should be doing.’ 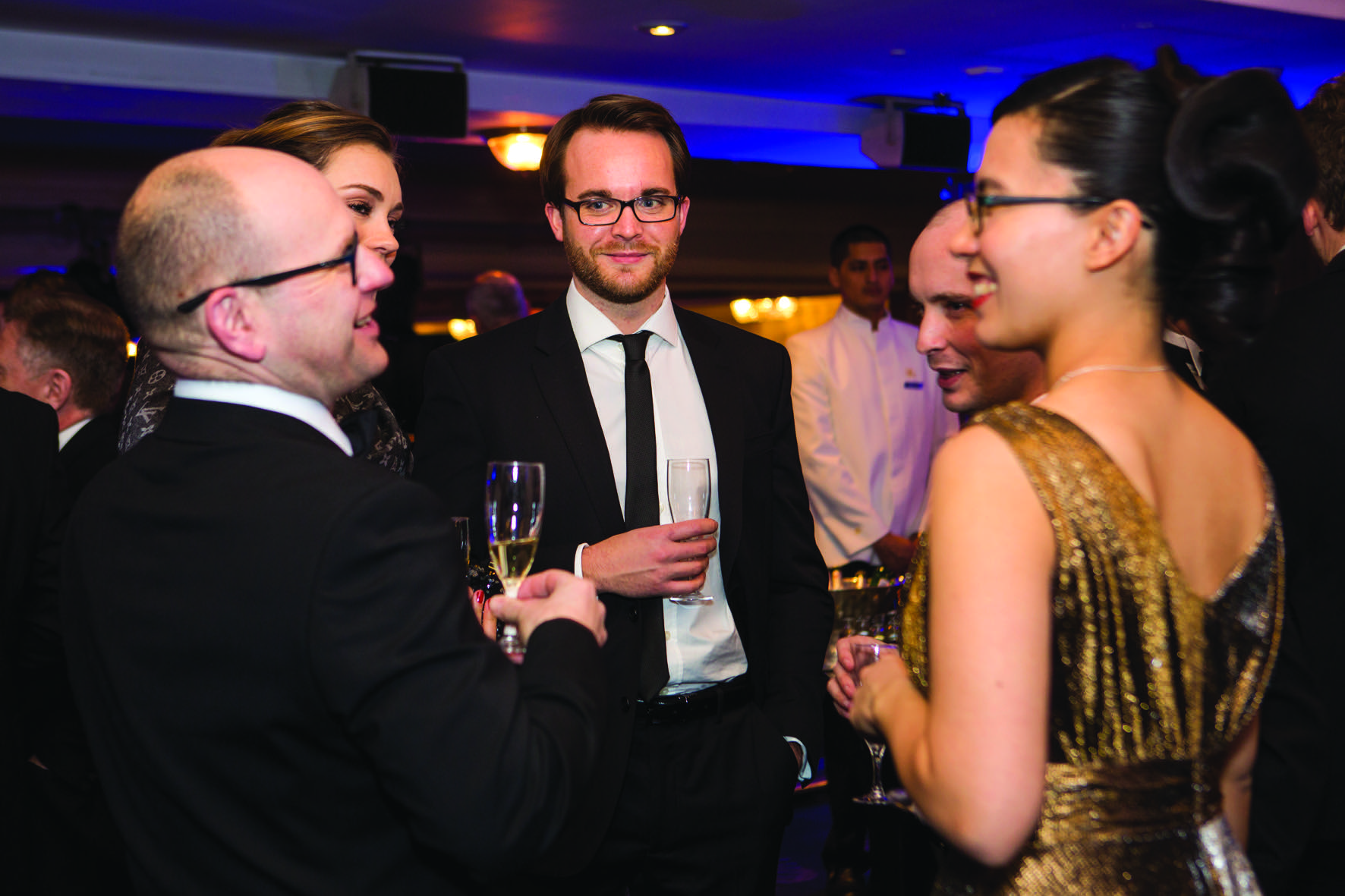 More than 750 guests attended the ceremony

The international project of the year accolade went to Elementa Consulting, a member of Integral Group, for the David and Lucile Packard Foundation headquarters, in California, USA – one of the country’s first large-scale net zero energy buildings. In its first year of operation, the building met the zero energy target three months early and was a net positive generator of energy.

Kevin Hydes, CEO and founder of Integral Group, said the award had ‘made his career’. He added: ‘Our firm has been built around trying to design net zero energy buildings, and this award is testament to the fact that this is the most important thing we can do.’

After showcasing ‘amazing carbon and energy results’, and achieving BREEAM Outstanding with a score of 96%, the team behind the John Lewis store, in York, was presented with the Collaborative Working Partnership Award.

By working closely with its energy technology suppliers and consultants – including building services engineers Lateral Technologies and Solutions, controls company Next Control Systems, and software/technology provider and consultant IES – the store’s absolute carbon emissions were slashed by 43.8% compared with the benchmark. This was a saving of almost 14% more than the original expectation.

The Energy Management Initiative award was presented to British Land, which marked a major milestone in its energy programme in 2015 by achieving a 40% reduction in landlord energy, compared with 2009. It also launched a sustainability strategy to drive further environmental, social and commercial results. 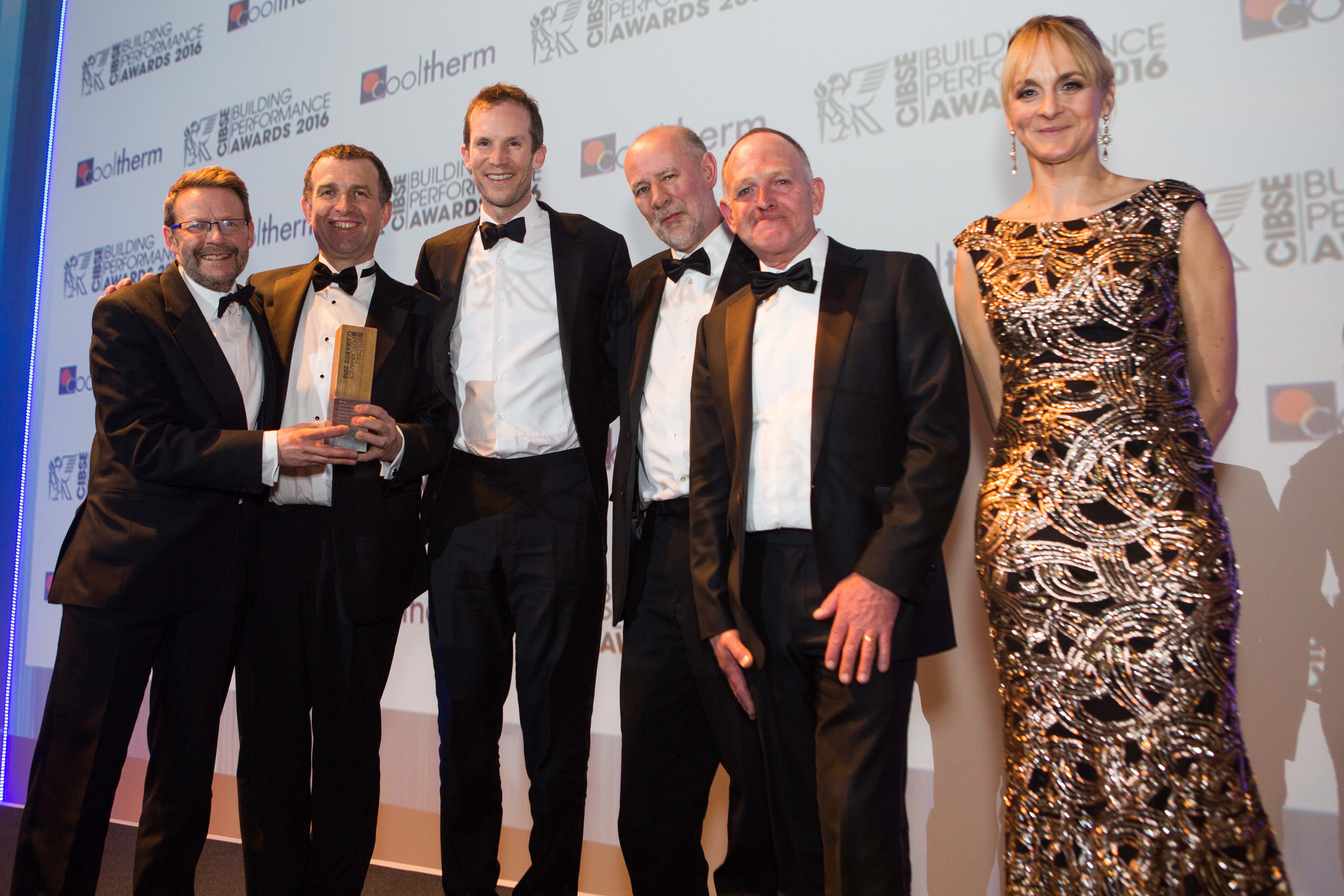 Datta said: ‘The progress they have made in the past year is really impressive, especially across such a wide estate. They have been on this journey for a while and are still making continuous improvements.’

The accolade for the Energy Saving Product of the Year was handed to Endo Enterprises (UK) for its EndoTherm energy saving central heating additive.

Jamie Agombar, head of sustainability at the National Union of Students, who judged the category, said the product could work on both an industrial and consumer level. ‘This has mass appeal, great stats and is affordable – I really liked the organic element.’

The Commercial/Industrial Project of the Year accolade was awarded to Nottingham Trent University, while the Facilities Management Team award went to Mirvac Group for the Sirius Building, in Canberra, Australia.

Other winners were: VolkerFitzpatrick’s ‘Building Services Explained for VolkerFitzpatrick Site Teams’, which scooped the training programme award; Architype and E3 Consulting’s Wilkinson Primary School, in Wolverhampton, which took the Public Use Project of the Year; and Arboreal Architecture’s Clapham retrofit, in London, which carried off the Residential Project of the Year title.