The 195th anniversary of the birth of Florence Nightingale takes place this month. She is credited with being the founder of modern nursing, but less well known than her contribution to medicine is her work on ventilation and hospital design.

The first chapter of Nightingale’s seminal book, Notes on Nursing – first published in 1859 – focuses not on patient care, but on ventilation1. She writes: ‘The very first canon of nursing… : keep the air he breathes as pure as the external air, without chilling him.’

Nightingale continually emphasises the importance of ventilation in ensuring the swift recovery of patients and reducing cross-infection. She had considerable first-hand experience of the reduction in infection rates and health benefits that improved ventilation provided.

In the mid-19th century, it was acknowledged that – as well as expelling exhaled carbon dioxide – other unhealthy organic miasmas should be removed as quickly as possible. This later became established as germ theory.

Nightingale wasn’t the first to identify the importance of ventilation in hospitals. Her conclusions in Notes on Nursing were the culmination of 15 years’ work initiated by David Boswell Reid. His comprehensive ventilation systems devised for hospitals in London, Copenhagen, Chicago and New York, long before the Crimean War [1853-1856] thrust Nightingale into the public spotlight. However, she used her high profile to promote the need for ventilated wards.

Oh! The crowded national school! We should have parents saying… I will not send my child to that school, the air-test stands at ‘Horrid’– Florence Nightingale

In her 1863 book Notes on Hospitals, Nightingale praises natural ventilation as the best method of introducing fresh air, but concedes that poor design leads to uncomfortable draughts. In crowded spaces, she suggests using mechanical ventilation to meet the necessary ventilation rates2. She goes on to say that one of the most common causes of unhealthiness in hospitals at this time was the defective arrangement of ward space, which led to difficulties with ventilation and daylighting.

Interestingly, Nightingale quotes the rates of ventilation that should be expected: ‘It was supposed that 600 ft3 of air per hour [4.7 l·s-1 per person] were sufficient for a healthy adult. Subsequent experience, however, has shown that this is by no means enough. As much as 1,000 ft3 [7.81·s-1 per person] has been found insufficient… It is highly probable that the actual quantity required will be found to be 1,500 ft3 [11.8 1·s-1 per person].’

Her preference is for ‘windows to be more or less open when weather permits’, with open fires producing radiant heat. However in cold or ‘boisterous’ weather, she suggests the use of alternative methods, such as air shafts and Sherringham ventilation units. 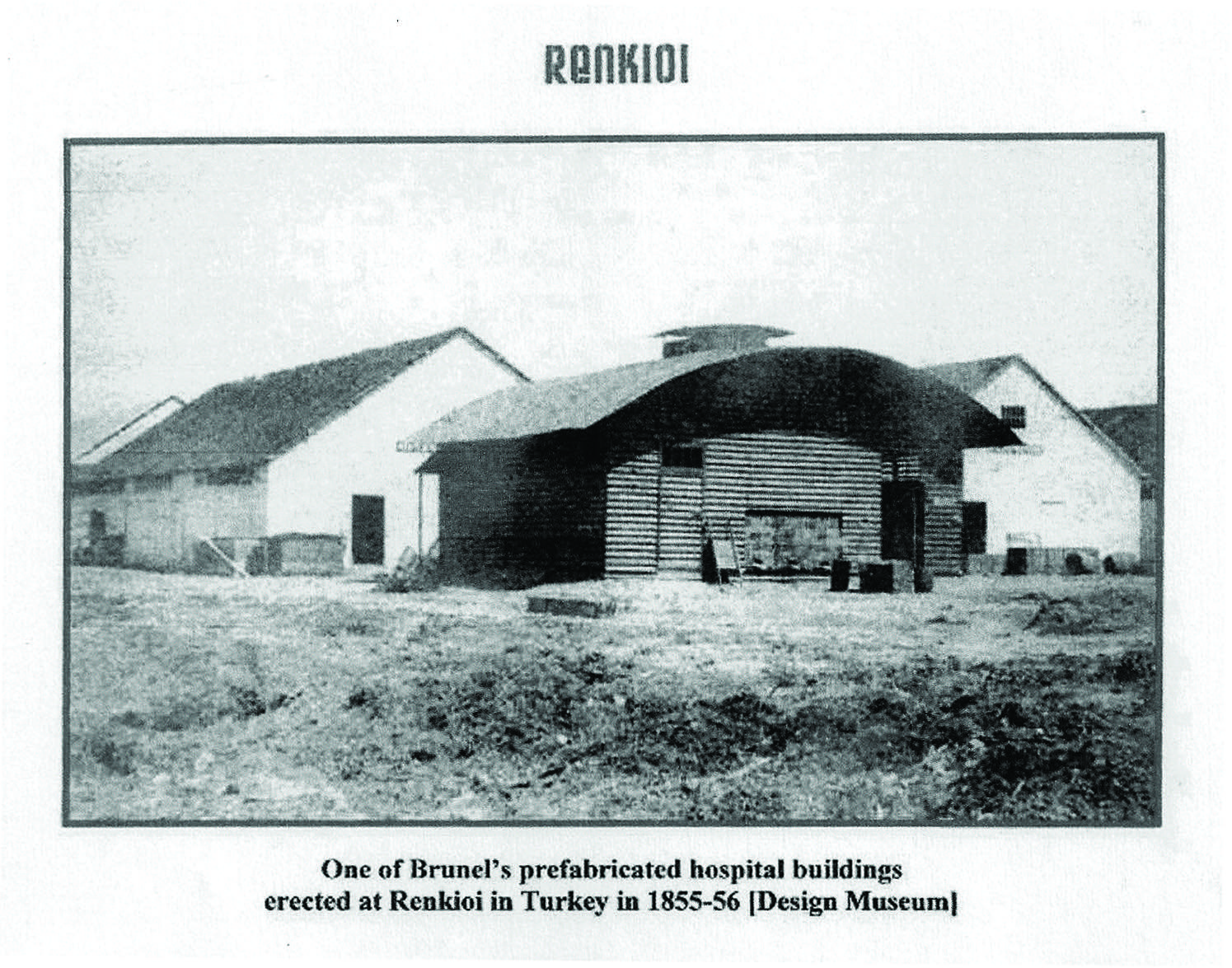 The most famous episode in Nightingale’s life was the Crimean War, during which she was horrified by the poor conditions of barracks and infirmaries used by the army. Almost 80% of British deaths during the conflict were caused by infection rather than on the battlefield; this Nightingale attributed to poor ventilation and hygiene.

After she made a plea to the British government, Isambard Kingdom Brunel was commissioned to design a hospital and he drew up plans for the prefabricated, modular timber Renkioi Hospital, built on the Asiatic bank of the Dardanelles, in Turkey. The design took Brunel six days to complete and had a capacity of 1,000 beds.

The design incorporated roof-ridge tile ventilation and windows that opened, and included forced ventilation to move air under the ward using fans (this was never operated because it was not required in the Turkish climate).3,4

The facility was under the management of Dr Edmund Alexander Parkes, who became an influential hygienist and professor at University College London. He worked with Surgeon-Major Francis de Chaumont in the mid-1870s, and they undertook experiments to ascertain ventilation rates for inhabited space5. By measuring carbon dioxide levels using lime water (see panel, ‘Measuring CO2 with lime water’) and making notes on the ‘freshness’ of the air, they determined acceptable CO2 levels that are remarkably similar to those used today in CIBSE guidance (see Figure 1).

They also wrote A Manual of Practical Hygiene, which brought together all the understanding on ventilation of the day, which – despite its age – reads like a contemporary work on ventilation. The manual included reports on poor air quality in schools (recording figures of 3,100ppm CO2)6 and descriptions of ailments, including headaches, heaviness, inertness and nausea, in poorly ventilated spaces with elevated CO2 levels – very similar to what we now term ‘sick building syndrome’. It also proposed that care should be taken to ensure that flow rates in buildings do not cause draughts, stating that a velocity of 1.5 ft·s-1 [0.45 m·s-1] was deemed imperceptible to all.

Room air is pumped by means of bellows into the bottom of a vessel of known volume. The bellows are pumped a sufficient number of times to ensure that the air in the bottle is completely displaced by the air being tested. The bottle is then stoppered with a rubber bung having two tubular openings. One has a funnel through which 30ml of lime water is introduced, and then the funnel is stoppered with a cork. After agitation, the solution is neutralised using oxalic acid by titration, with a pH indicator paper strip introduced into the flask, on a glass rod, through the other bung aperture. The volumes of acid required allow the determination of CO2 that has reacted with the lime water, determining the concentration of carbon dioxide in the tested air.9

The consensus in the late 19th century was that around 8-11 l·s-1 per person of air should be provided to ensure adequate ventilation in buildings – with natural ventilation being the preferred method, although one that could be objectionable in winter.

Today, schools designed with windows that open manually have been shown to have very poor indoor air quality (IAQ) during the heating season because occupants keep windows closed. There is also a perception that opening windows wastes heat energy, ignoring the need for ventilation.

Readers conversant with the Priority Schools Building Programme output specification will know that contemporary thought comes to conclusions on school ventilation similar to those of our Victorian predecessors, and we await the latest version of the Education Funding Agency’s School Ventilation Guide, due to go to consultation this year. This will further explain and clarify the requirements for delivery of good air quality all year round, maintaining CO2 levels at 1,000ppm for mechanically ventilated spaces and 1,500ppm when naturally ventilated, while mitigating draughts and summertime overheating risks.

Current evidence appears to reiterate the findings of Nightingale and her contemporaries about the importance of the internal environment in relation to air quality, temperature and daylighting, as evidenced by the recent Clever Classrooms report from the University of Salford7.

Nightingale decries mechanical ventilation that results in constant internal temperatures, suggesting that air temperature – as is ‘nature’s method’ – should vary with the seasons because variations are necessary to maintain health in healthy people. There is possibly some truth in such reasoning, as designers are realising the health and wellbeing of building occupants is improved if they have a ‘connectedness’ to the outside.

In the recent CIBSE Natural Ventilation webinar8 on health and wellbeing in buildings, Chris Trott, of Foster & Partners, informed the audience that humans are designed for change, and building designs should provide natural stimulus and connection.

Energy improvements may be available, but they may be small; productivity benefits are better economic drivers for designs with increased natural connectedness. 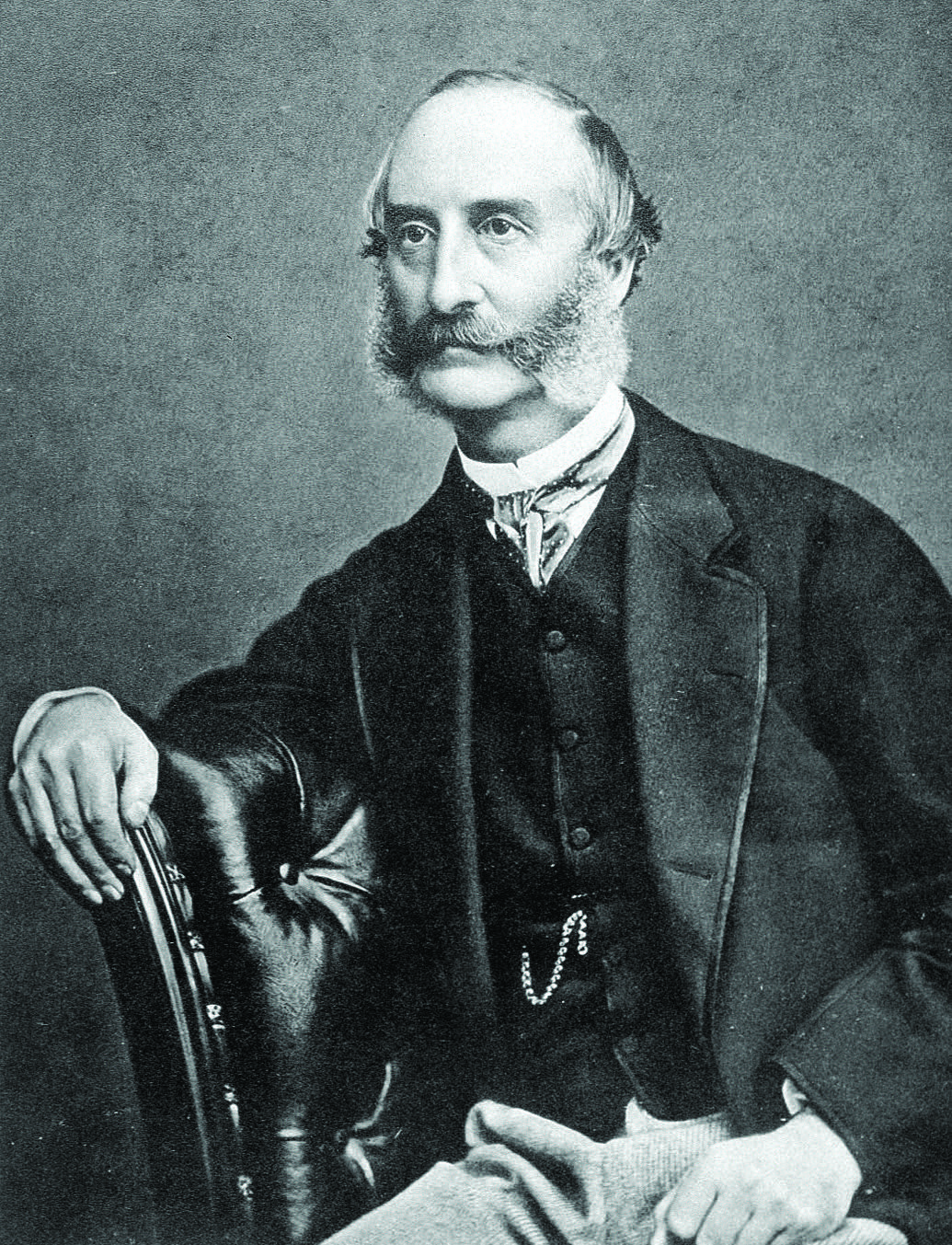 Nightingale states: ‘Oh! The crowded national school! Where so many children’s epidemics have their origin. What a tale its air test would tell! We should have parents saying… I will not send my child to that school, the air test stands at “Horrid.”’1

In her time, it was quite a challenging process to measure room CO2 levels and she wished for the day when there would be a simple air test. Well, that day is now! CO2 sensors are relatively inexpensive and the logging of CO2 data can give a good indication of the indoor air quality. Lamentably, we may still find they read ‘horrid’ unless we learn from best practice and ventilate correctly to ensure that all air tests stand at excellent.