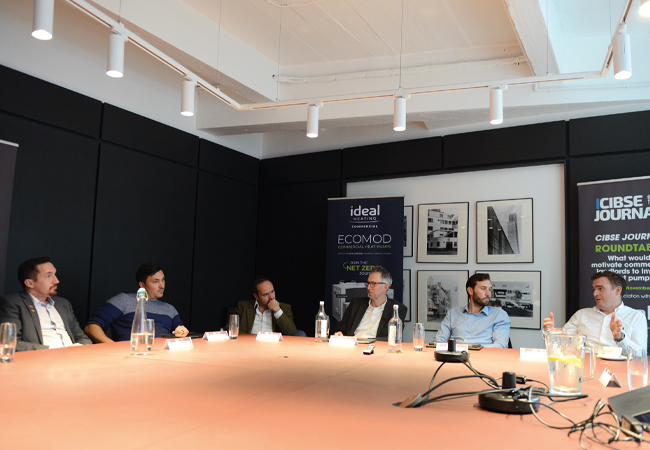 The main message from participants at CIBSE Journal’s latest roundtable was that better education and skills, as well as early collaboration, are crucial if a more efficient integration of heat pumps into commercial buildings is to be achieved.

The event, which focused on what motivates commercial landlords to invest in heat pumps, was sponsored by Ideal Heating Commercial and held at the Building Centre in London.

While heat pumps are becoming mainstream in new commercial office projects, and in some refurbishment schemes, it was agreed that there are issues around the technology that still need to be resolved.

The roundtable debated the challenges of moving from gas to heat pumps, while issues such as refrigerant leakage, whole life-cycle carbon, acoustics, storage, and the difficulties of installing heat pump systems in office refurbishments were also discussed.

Scott Crease, director and partner at Max Fordham, said heat pumps are now the default solution for their new commercial projects. Yet, compared with boilers, he added, heat pumps are more refined and therefore more challenging to get right for a building.

Wayne Early, director at Buro Happold agreed, and said that moving from gas and combined heat and power to heat pumps has been a major re-education for engineers. Heat pumps have constraints and people are now realising that there’s a heat pump for each situation,’ Early said. ‘It’s not one size fits all; different refrigerants operate at different temperatures, and there are different solutions that need to be considered.

‘The system performance, how that performance is met, and what heat pump technology is best placed to do it all need to be considered. The application is always important.’ 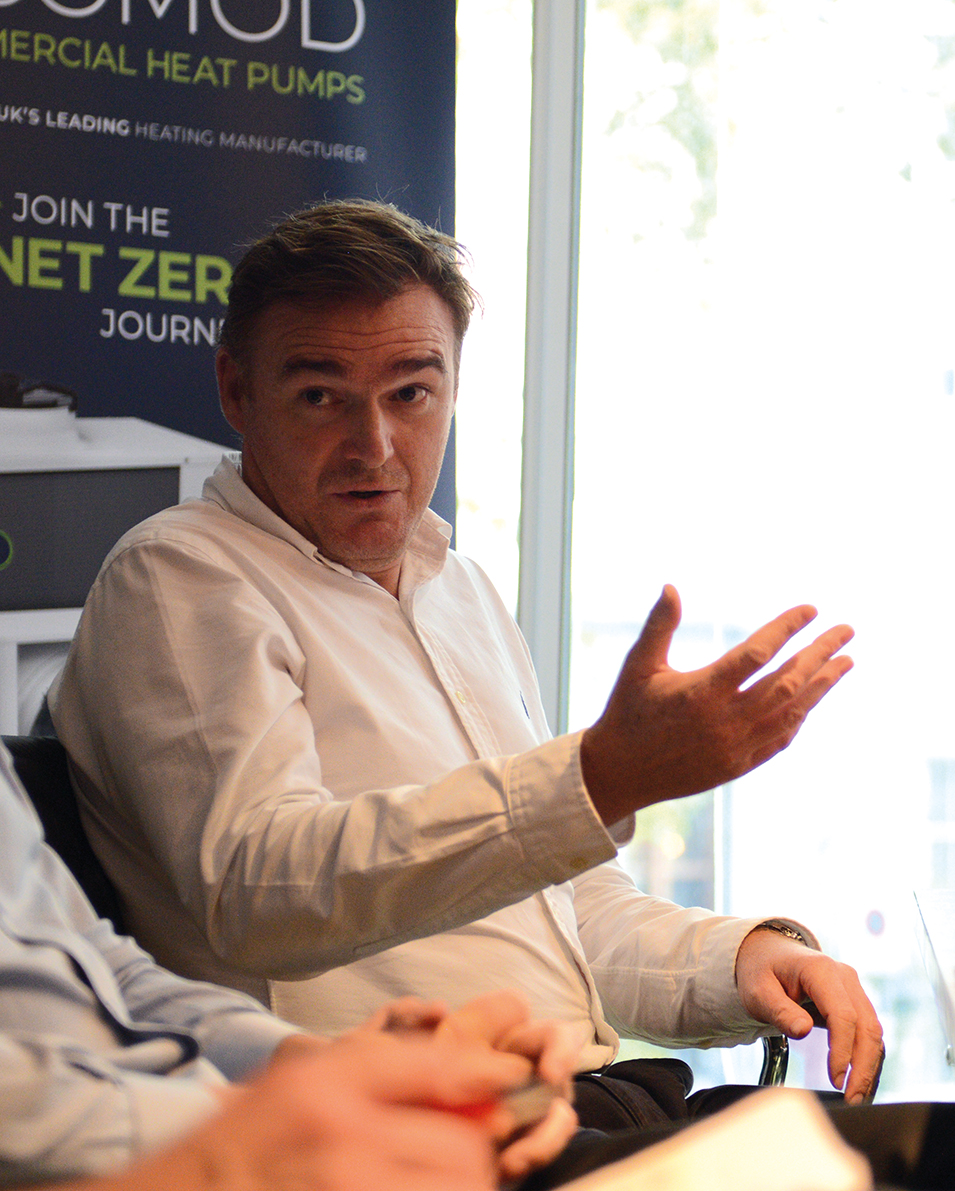 “Heat pumps have constraints and people are now realising that there’s a heat pump for each situation. It’s not one size fits all”– Wayne Early

The participants agreed that a shift in legislation – including the new London Plan, the most recent changes to Building Regulation Part L (conservation of fuel and power), and energy targets – have all contributed to the take-up of air-to-air and water-based heat pumps.

Vince Ruane, director at RCDC, said his experience of switching to heat pumps has largely been driven by client requirements. RCDC’s public sector projects have specific climate emergency action plans that are taking them down an all-electric route, he added. 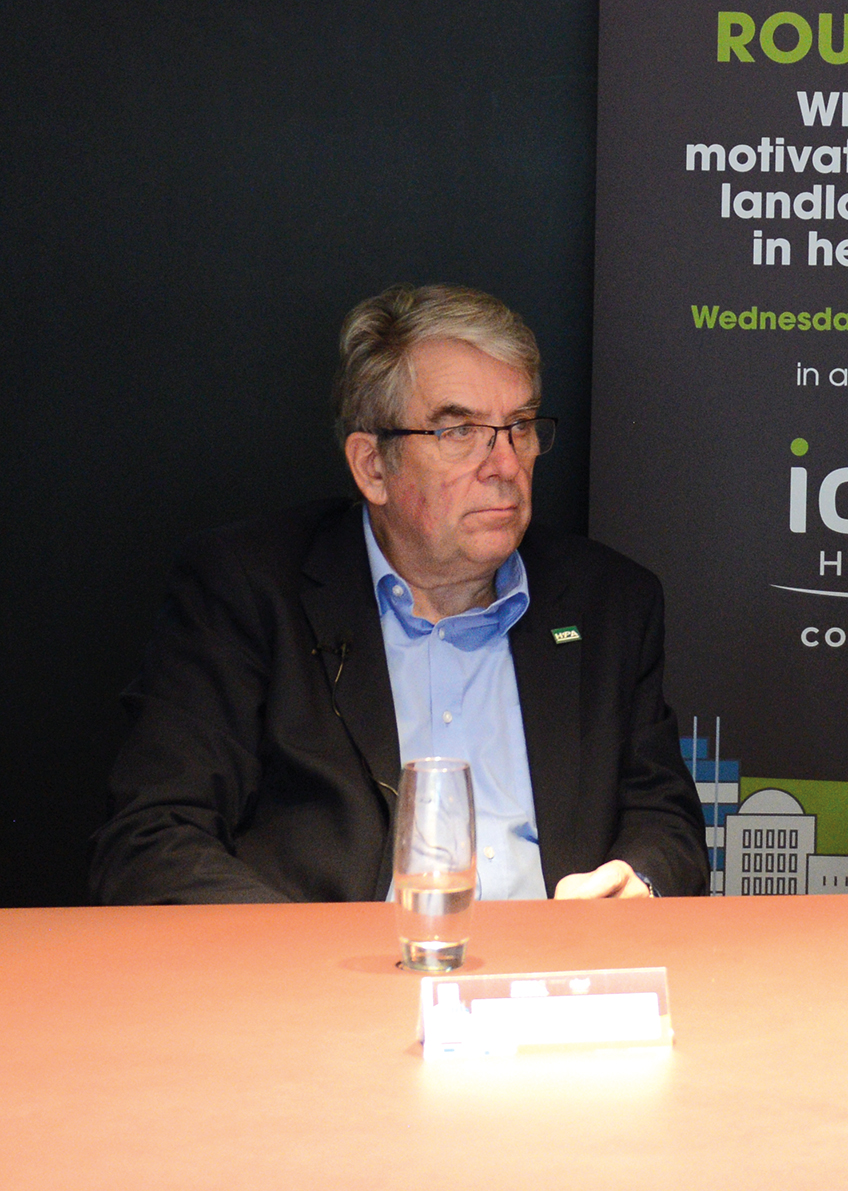 Training and skills are the biggest issues to overcome. There are about 70,000 engineers qualified in F-Gas refrigeration, but this needs to double” – Graham Wright

One consideration with heat pump systems is refrigerant leakage. Crease referred to Max Fordham’s Belgrave Road project, which is the first in the UK to achieve a 5.5-star National Australian Built Environment Rating System (Nabers) design-reviewed target rating for building efficiency. He said they have done several whole life carbon assessments and the perceived contribution of a refrigerant in the system was approximately 20% of the total building services. They had assumed about 6% loss over the lifetime of the refrigerant charge.

Graham Wright, past chair of the Heat Pump Association (HPA), downplayed the focus on leakage rates. He said data from other countries has suggested a leakage rate of around 1.5% to 2%. He added that life-cycle, the energy used during the operational life of equipment, and energy saving should be the focus, especially while the industry is in a transition period. 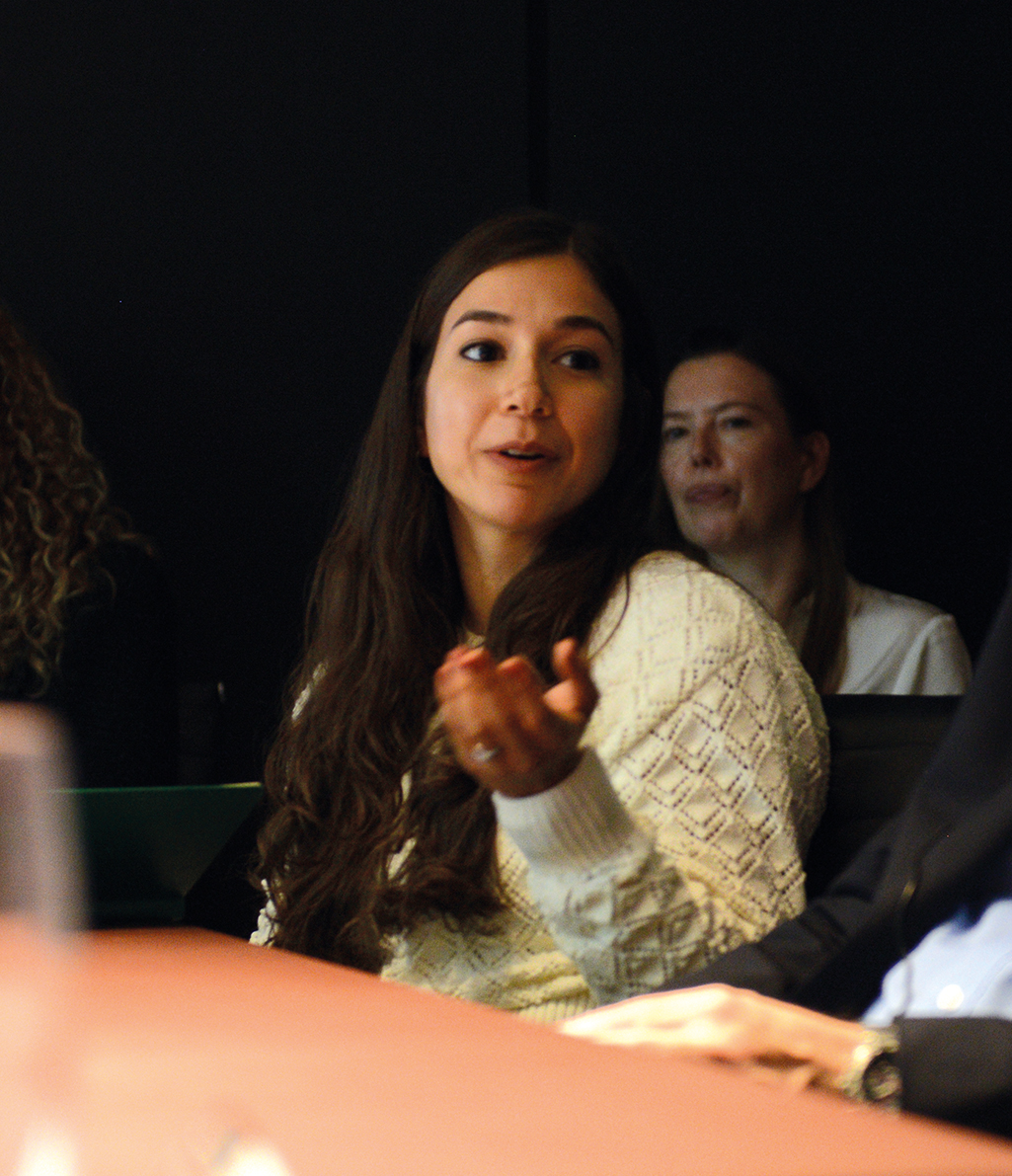 “Clients need to be made aware of hidden costs. Power supply may have to be upgraded to accommodate heat pump technology and that’s not cheap” – Teeba Almunshi

‘The bit at the beginning, when considering the materials and where all the equipment is coming from, is tiny in comparison to running that machine over 20 years,’ said Wright. He added that the HPA has asked the Department for Environment, Food and Rural Affairs for data logbooks for every air conditioning and refrigeration system to record how much refrigerant is being used, but this hasn’t been taken up.

Phil Draper, managing director at Twenty One Engineering, agreed with Wright that too much attention is paid to leakage rates. He said the CIBSE HVAC Systems Group, of which he is vice-chair, is looking at how to instigate changes in refrigeration loss and is teaming up with the CIBSE Facilities Management group to get key information from clients.

‘I agree with Graham [Wright] that the only way [we know leakage rates] is with evidence, such as an F-Gas logbook,’ said Draper.

The participants agreed that integrating heat pumps into new commercial buildings is more straightforward than installing them in refurbishment projects, for which Teeba Almunshi, director at mstep, said there are considerably more challenges. 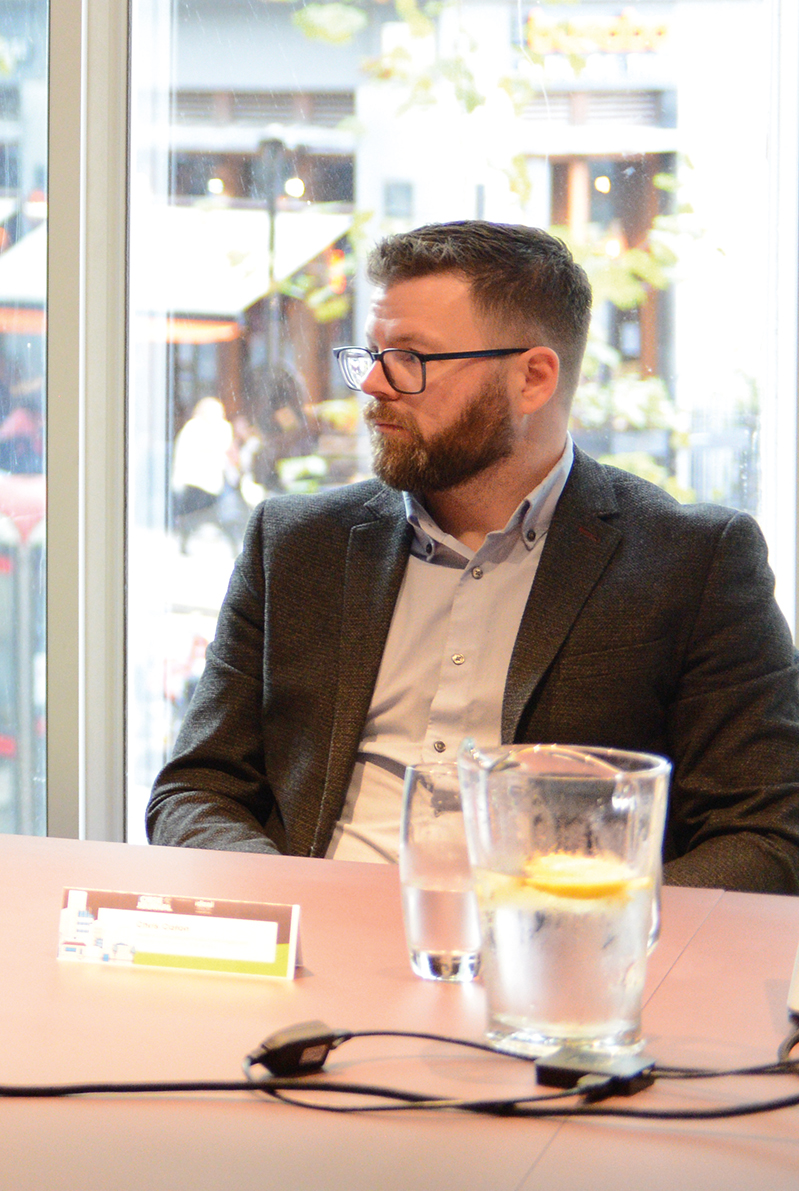 “We’ve seen an uplift in heat pump demand, but people are holding off. There’s also a gap between what we’re seeing in the north versus London” – Chris Caton

‘Refurb projects require extra planning permission, and we have big problems with cost, as the power supply has to be upgraded to accommodate the heat pump technology – and that’s not cheap,’ said Almunshi. ‘Also, if you’re getting lower temperatures, and it’s a water-to-water system, the pipework and heat emitters have to be ripped out.’

Almunshi recommended that clients be made aware of the hidden costs and of what achieving an efficient heat pump system entails, and argued that these discussions must take place early in the process.

Draper, who has worked on retrofit projects for British Land, including a groundbreaking air source heat pump system at 350 Euston Road, and Broadgate, said such projects were challenging in the past, but the situation has changed dramatically in the past two years.

‘In 2013, putting a heat pump in a retrofit was unheard of, and to achieve a 95% gas saving with no electrical increase [at Euston Road] was a big achievement,’ said Draper. 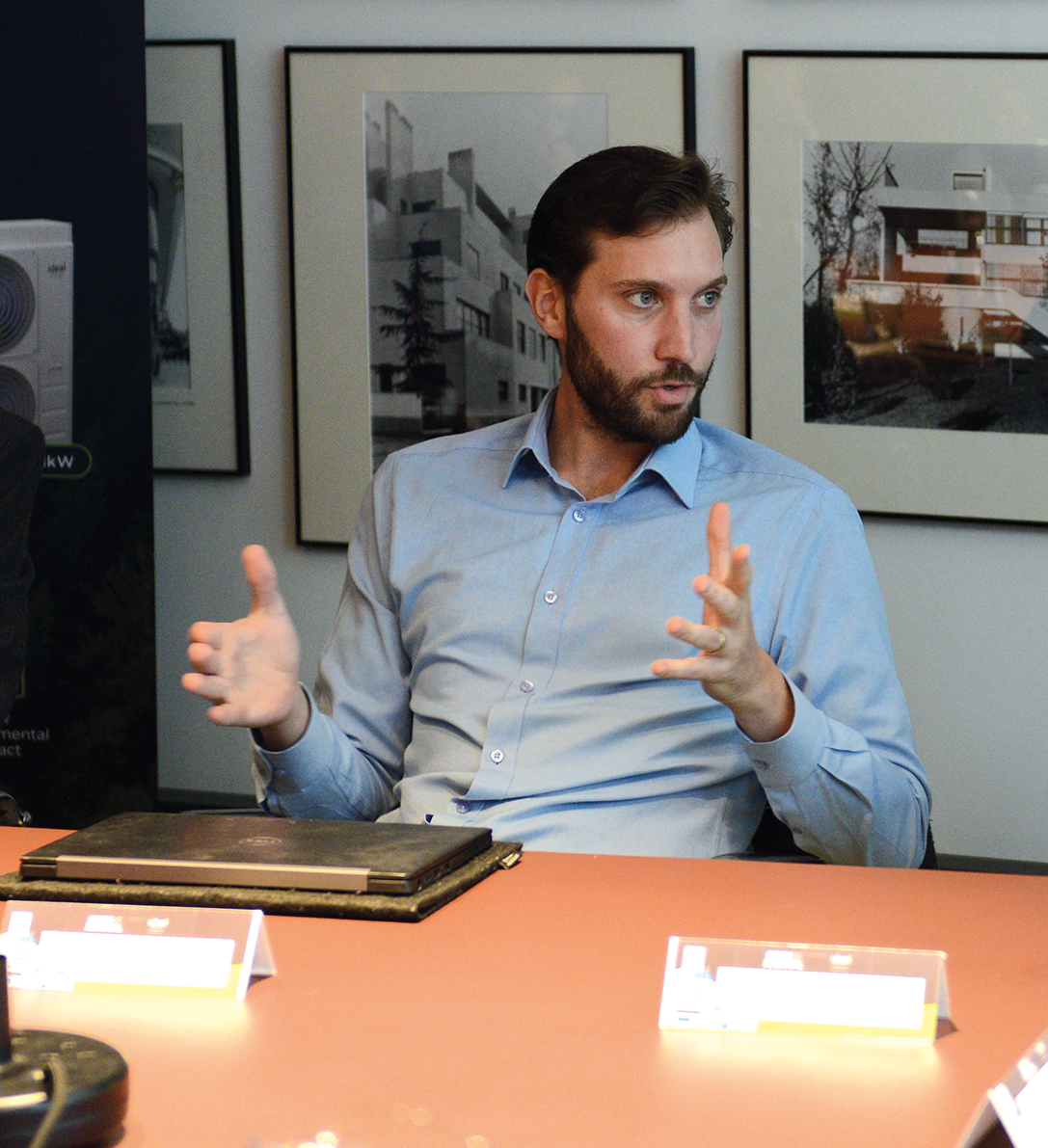 Buying a heat pump system can be a big barrier, with high capital costs and investment, but a commercial landlord can just buy the heat – Akos Revesz

‘With a recent retrofit project, we retained the heat emitters and used gas as a top-up. I recommend forging good relationships with heat pump manufacturers, as they keep abreast of the technology.’

Crease agreed that establishing relationships is vital. ‘The relationship between consultants and manufacturers is very important for getting the right information about products,’ he said. ‘There is a right product and solution for a building, and the design support you get from the industry will make that project work.’

Akos Revesz, senior research fellow at London South Bank University, asked the participants whether commercial landlords or building owners are aware of new heat network developments, and added that the university’s research has involved describing the implications of connecting an individual air or water source heat pump to a new heat network. 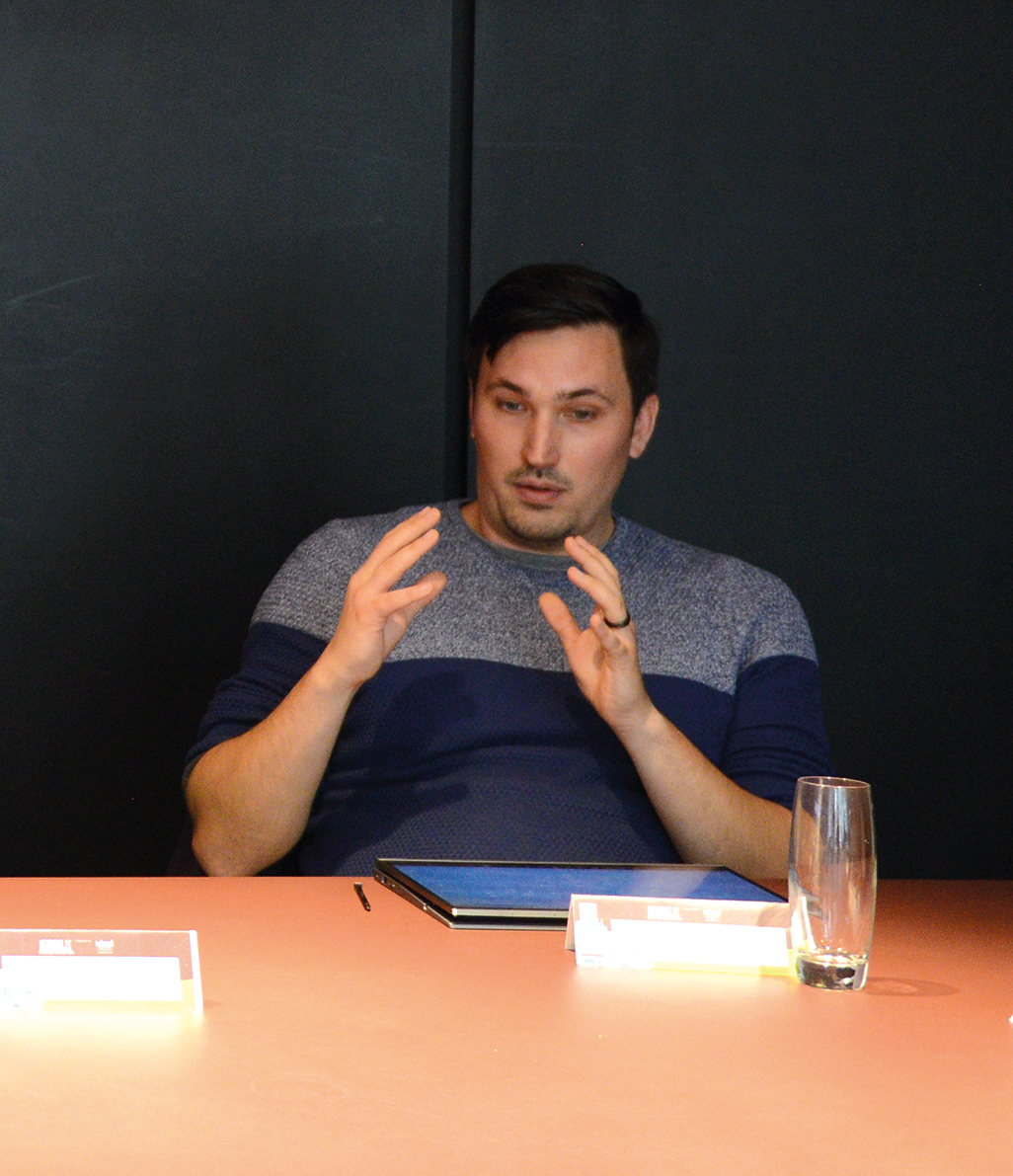 By having more trained people available that can do the refrigerant and handling side in one hit, the greater the uptake of technology – Vince Ruane

‘Buying a scheme can be a big barrier, with high capital costs and investment,’ said Revesz. ‘But a commercial landlord or owner can hire it out or just buy the heat. It’s telling them the pros and cons of the different options and getting them on board with a new scheme, because they must decarbonise their buildings if they are committed to net zero by 2030.’

A key selling point for heat pumps is the ability to store electricity, which makes it more compelling to invest in the technology, Revesz added. Crease agreed, and said storage and flexible tariffs will be big game-changers. However, Revesz pointed out size is a big constraint with thermal storage and the challenges of finding space to store them.

Batteries were suggested as an alternative, although they aren’t being used in commercial projects yet. As Ruane said, there is no real driver for commercial landlords to have batteries, as there is currently a higher tax on electricity than gas – which, he argued, should be flipped, especially as it’s a decarbonisation tax.

In retrofit projects, Draper said he has found that electrical batteries are easier to fit than a thermal store because they are modular and can be placed externally or where they feed back into the Grid. But Almunshi added that, in smaller refurbishments, there isn’t as much space to put in a thermal store or add in batteries.

The participants stressed the importance of having data from operational projects to promote and convince clients to adopt new heat pump technologies in their projects. 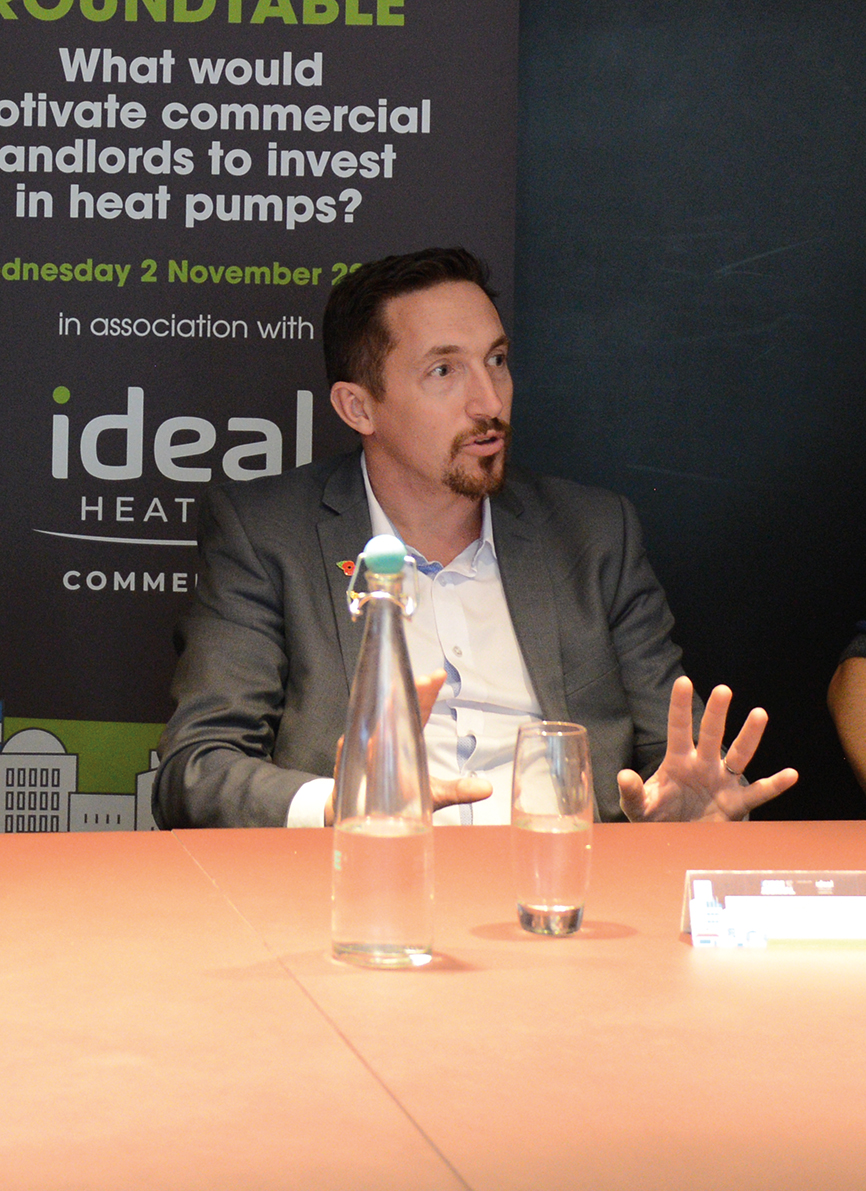 ‘Having case studies and physical data published about a system would give the industry confidence to use it. Trying to sell a new system to clients is always difficult,’ said Crease. He suggested that the Nabers process could be the game-changer for solving this problem, as the rating scheme could create a feedback loop from the operation of a building. It is designed to close the performance gap, with buildings being peer reviewed and the design interrogated, and it delivers buildings that work, Crease added.

Draper agreed that Nabers is very helpful. ‘One of the main successes of making the British Land heat pump projects work is their metering data, and Nabers is one of the key things you have to have,’ he said. 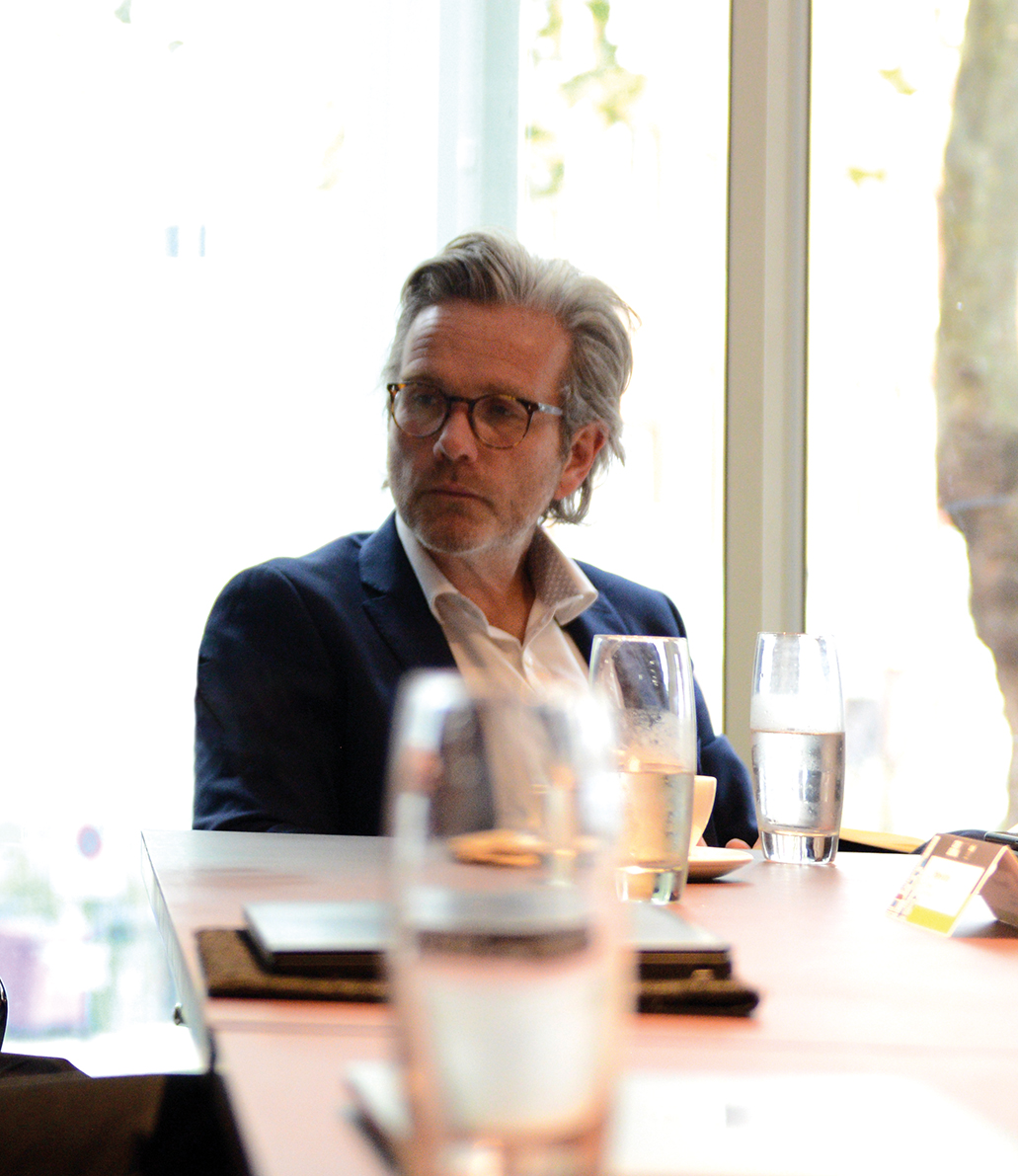 This is what I say to engineers – please get us involved as early as you can. We can help. There needs to be collaboration – Richard Brown

Ideal Heating product director Chris Caton highlighted the knowledge disparities between London and the north of England. He has never heard consultants in the north talking about Nabers and other rating processes, he said, adding: ‘There’s a gap between what we’re seeing in the north versus London.’ Ideal had seen an uplift in heat pump specification, said Caton, but it believed people were holding off until building efficiency can be improved in line with the Building Regulations uplift, ultimately allowing heat pumps to operate efficiently.

Draper suggested it would be easier and cheaper to get heat pumps installed outside of London, given that there is more space for the equipment. Heat pumps need ventilation, and they can also be noisy, so the equipment can be located outside. 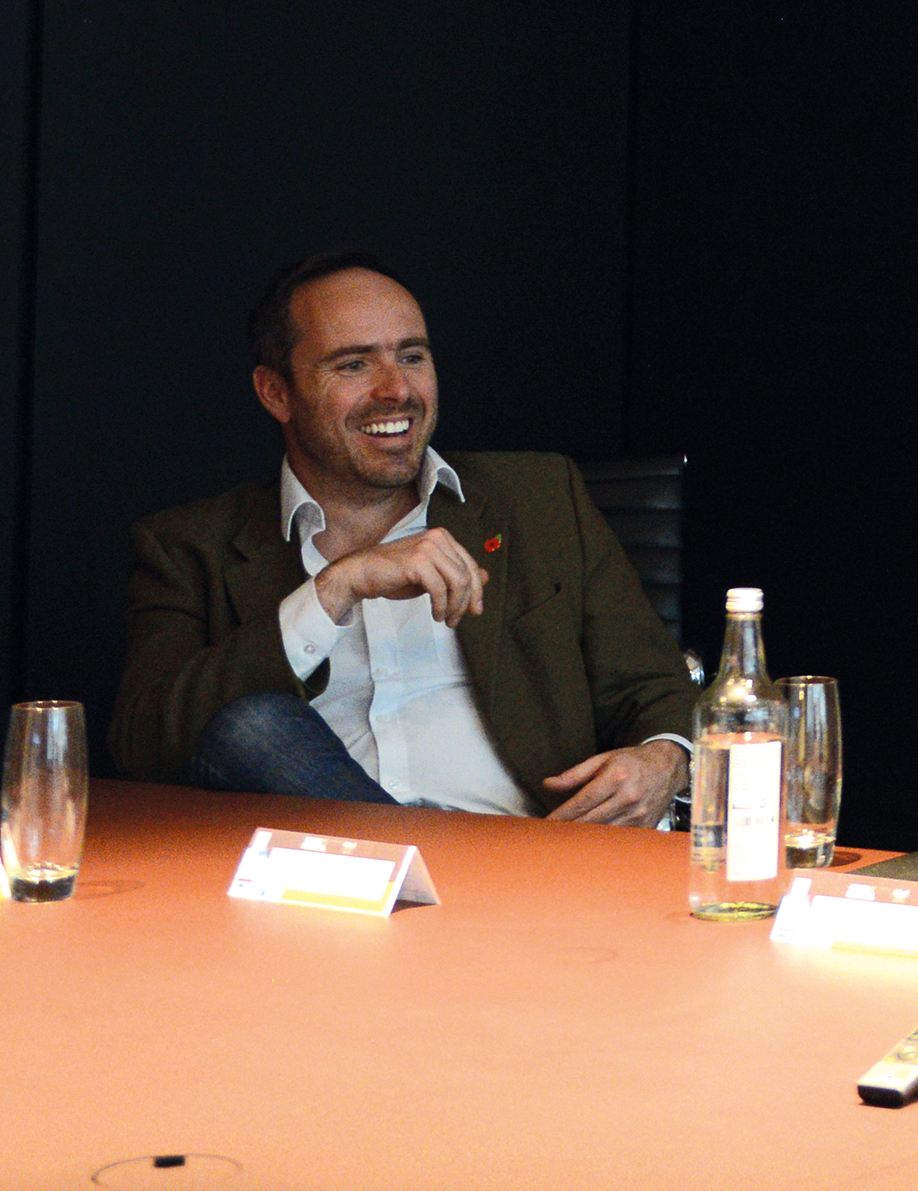 “Trying to sell a new system to clients is always difficult. Case studies and physical data give the industry confidence” – Scott Crease

Early is also an advocate of Nabers and said that many clients now want it. ‘Clients are becoming more educated about what they want and what they expect,’ he said. ‘The climate crisis has sunk in and we’re seeing a sea change. We shouldn’t be arguing about technology – it’s about how best we apply it. It’s part of a bigger solution, which is that we need to use less energy.’

There was a groundswell of opinion from the participants that a significant constraint to the widespread adoption of heat pumps is a lack of skilled professional installers. ‘By having more trained people available that can do the refrigerant and handling side in one hit, the greater the uptake of the technology, and the costs of the kit should come down,’ said Ruane.

Wright agreed, and said, ‘Training and skills are the biggest issues to overcome. There are about 70,000 engineers qualified in F-Gas refrigeration, but this figure needs to be doubled.

‘We’re currently in a transition period, which makes it tricky. The future is going to be different, and I predict that there will be a mosaic of different skills required.’ 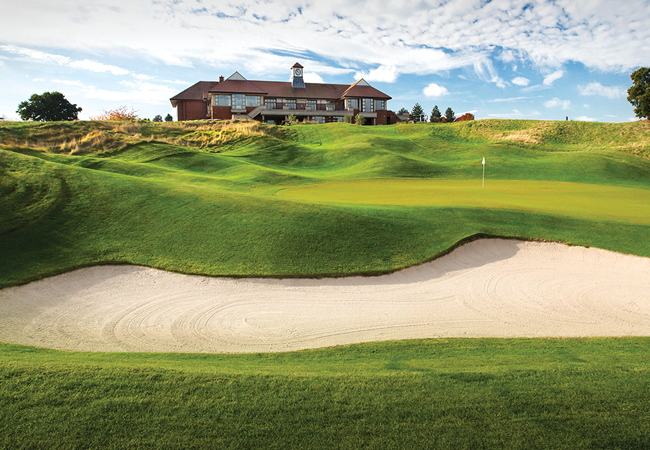 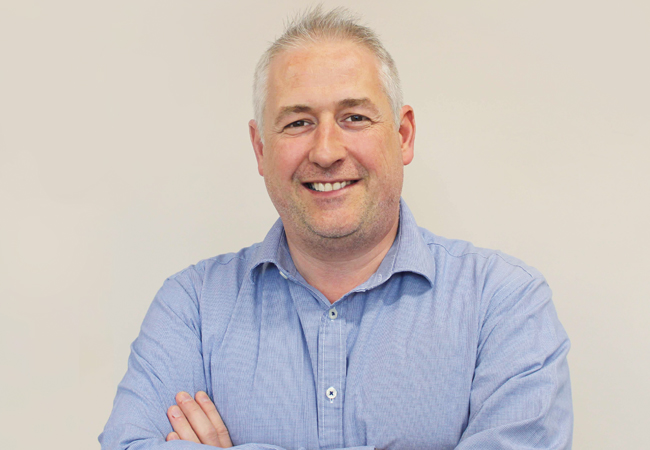 In the hot seat: Interview with Dave Pearson