Manufacturers’ BIM objects are being rejected for use in BIM models because of confusion over standards, according to speakers and delegates at an event organised by CIBSE’s Society of Digital Engineering. The BIM and Manufacturing workshop revealed a large discrepancy between BIM objects created by suppliers and the data and information required by designers and contractors.

The attendees concluded that a lack of common data standards was leading to confusion over what product information was required. They said that CIBSE’s product data templates (PDTs) should be promoted and adopted across industry to create a common protocol for storing and exchanging data in BIM. PDTs, hosted on BIMhawk, contain essential information about a manufacturer’s product. 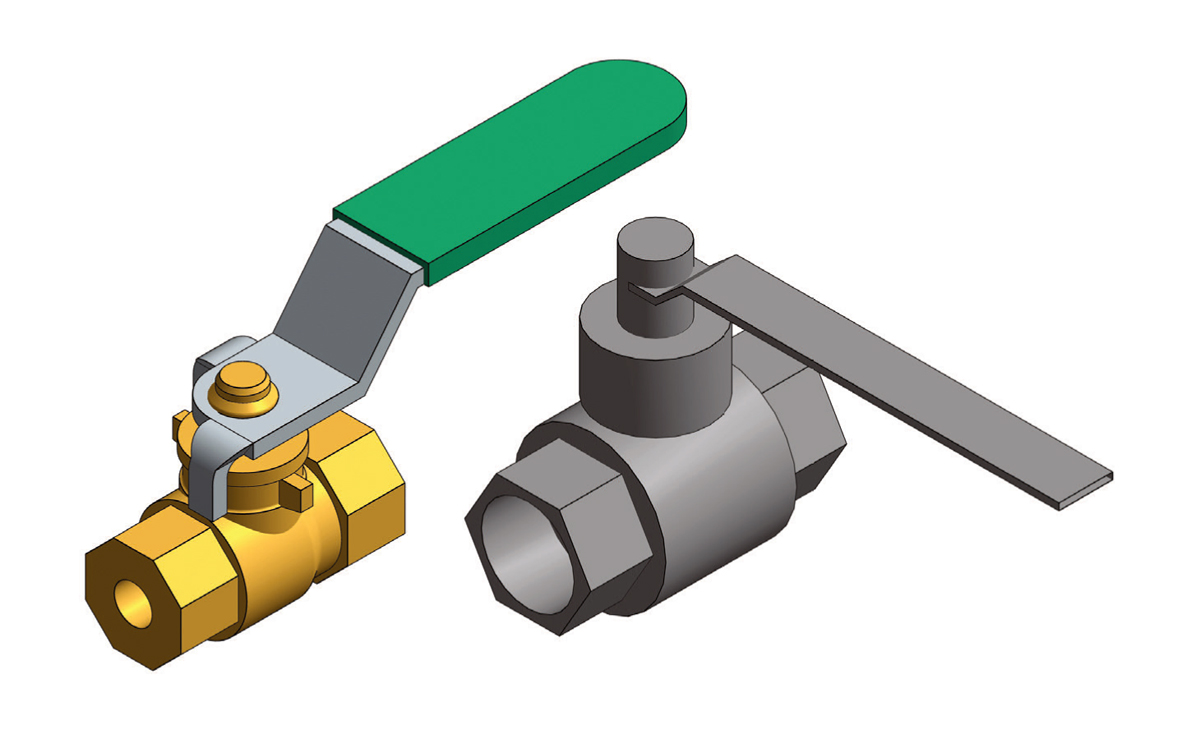 The workshop allowed more than 30 manufacturers to share their experiences of BIM, and to put questions regarding the suitability of the objects they create for project models. CIBSE consultant Carl Collins opened the session by outlining what he thought were the main issues for manufacturers creating BIM objects. These included cost, inconsistent requirements and the fear of losing intellectual property when sharing product data.

He said manufacturers often felt bullied into creating BIM objects at their own expense and saw no obvious return on the substantial investment required. ‘It feels like anarchy out there. Manufacturers are afraid that if they don’t do a BIM model they won’t get specified,’ says Collins, who added that there was a gulf between what manufacturers supplied and the strategies of consultants and contractors. ‘Contractors often ignore the models created by consultants and start from scratch. There needs to be more joined-up thinking.

‘What the government wants is for the model to evolve during the project, but this progression isn’t happening. The consultant wants Y and the contractor says Z. It’s not BIM.’

The workshop featured presentations, by two contractors and a consultant, that offered manufacturers the opportunity to learn how object data was integrated into large BIM project models.

Joseph Lally, digital engineering systems leader at Crown House, said that manufacturers’ BIM objects were often too big to be used in the project BIM model. He showed the audience complex models of valves, diffusers and boilers created by manufacturers, and compared them with the simple objects that Crown House used in its models. A typical project model might contain 50,000 elements, so object file sizes had to be as small as possible, he said, otherwise the performance would be undermined. ‘We want sophisticated simplicity. What manufacturers do is too detailed. We don’t need visualisations; we’re not graphic designers – we’re engineers.’

Lally said accurate geometry, and the exact location and size of interfaces (such as pipe/duct connections) were of prime importance, along with correct categorisation and naming of connections – for example, flow, return, heating and so on. 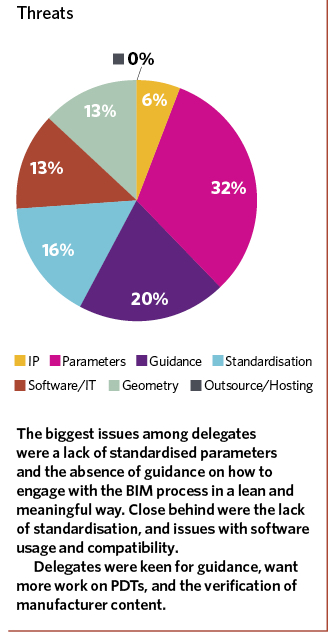 ‘The PDTs could be referenced externally, which would make the models less resource hungry,’ he added.

Dwight Wilson, digital engineering manager at Imtech Engineering Services, lamented the lack of a common data environment and urged BIM libraries to adopt PDTs to achieve a ‘single source of truth.’ He said centralised BIM stores were currently not aligned with PDTs and did not share data standards. This, in effect, meant contractors had to build their models from scratch.

Hoare Lea BIM delivery leader Ben Roberts called for PDT adoption and asked that manufacturers focus more on giving consistent data rather than geometry. Lally, meanwhile, pointed out the danger of not checking models before downloading them. ‘Critical dimensions have to be perfect,’ he said. ‘We used a valve from a manufacturer’s website and the thickness was incorrect. We only found out when we installed it in the factory.’

Delegates were invited to share their experience of BIM (see charts). Some complained that their BIM objects were being downloaded but not specified, while others said the files were too big and a lot of the information was never used. There was a feeling that there was a lack of awareness around PDTs, and delegates asked for more to be published as soon as possible. Others complained of changes in design and the dropping of products and BIM objects through value engineering. A lack of model control was cited as a problem, as was a lack of consistent feedback to manufacturers. There was some optimism that the use of BIM could lead to commercial advantage: 38% thought it could result in an increase in sales, while 37% thought there was an opportunity to produce more consistent content. Delegates also outlined what steps should be taken to improve BIM: guidance, more work on PDTs and the verification of manufacturer content were all high on the list.

CIBSE and the Society of Digital Engineering will be taking findings from the workshop to the Digital Steering Group to create workstreams on improving the flow of information between suppliers and the BIM model. Email SDE@cibse.org if you would like to be involved.

CIBSE and the Society of Digital Engineering is launching a new competency scheme this Autumn to reward manufacturers who show effective delivery of product data.

The scheme will assess the online and website delivery of their product data, and ask manufacturers the following about their product:

BIM objects, when available, will also be assessed.

Manufacturers successfully completing the assessment will receive a certificate, as well as a logo that can be used to demonstrate that they meet the requirements for effective data delivery.

The scheme is aimed at building services manufacturers and suppliers who wish to demonstrate to engineers and specifiers that their product data is fit for purpose – and that they can go to their website confident they will be able to access and transport the data they require.

To check competency, a cross-section of a manufacturer’s product range will be assessed to show that the data is available and transportable to the end user, whether they are a designer, installer or facility manager.