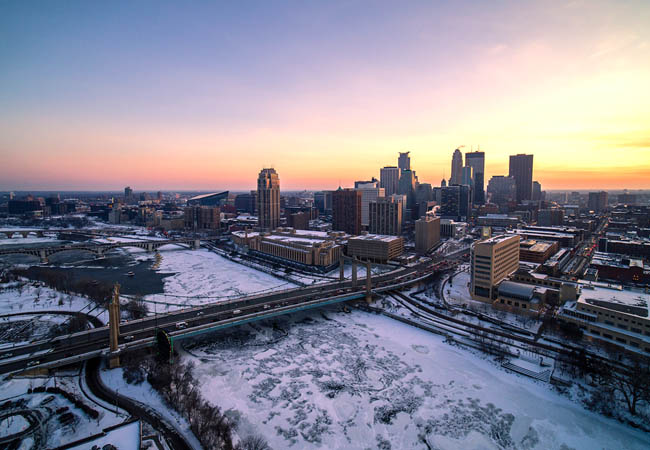 In the US, traditional installations of furnaces (for air heating) and boilers (for water heating) are likely to operate at efficiencies in the range of 56% to 70%.

Heat pumps offer equivalent simple efficiencies of more than 100%. The potential savings in terms of energy consumption and fuel cost make them an attractive alternative (whether electrical or gas-fired).

Since the electrical grid carbon intensity is several times that of many European states, the development of advanced, small-scale gas-fired heat pumps can compete, in emissions terms, against electrical heat pumps in many US installations.

Natural gas production in the US has increased six-fold in the past couple of years, and the price of supplied gas has plummeted to as low as it was in the 1970s. With gas, on average, at about a third of the price of electricity – $1.2 per therm (around £0.03 per kWh) versus $0.12 per kWh (£0.09 per kWh) – the gas-fired absorption process can provide a cost-effective and comparatively emissions-effective way to utilise gas for heating and hot water in US homes.

In cool and colder climates, the cost spread is closer to four to five times in many locations, so enhancing the relative value of gas.

A surprising statistic was that in the average US home the annual heating requirement was five to six times that of the cooling need. This continuing need for heat is an important consideration when considering the capability of an electrified future fed from a ‘greener’ grid.1 I

If there isn’t the necessary electrical infrastructure to transmit sufficient power, then less efficient, more polluting fossil-fuel power plants will still need to be brought online to meet heating loads for the foreseeable future. 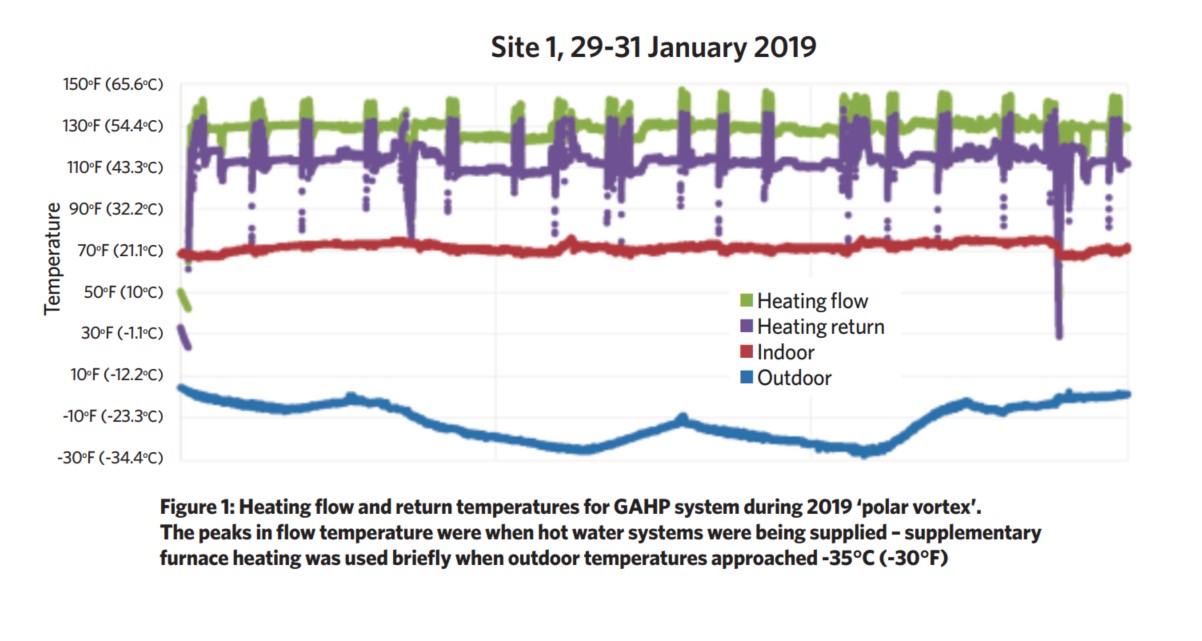 Keinath explained that current GAHP technology is based on the well-established absorption cooling applications that have been reliably used for more than 50 years. (See CIBSE Journal CPD 85 for an explanation of gas-fired GAHP).

Field demonstrations of low-cost GAHP designs are ongoing for space heating and water heating-only applications. Keinath said results have shown they offer a significant reduction (30-50%) in energy when compared with conventional technologies, with a tested annualised fuel utilisation efficiency (AFUE) of 140% for space heating (for a 23.5kW external GAHP).

In the US, the AFUE is the standardised ratio of annual heat output to the total annual fossil fuel energy.

Keinath noted the particularly beneficial performance of GAHP at low temperatures. He cited a measured 250m2 installation that maintained performance during the ‘polar vortex’ of 2019 in the American Midwest that brought the coldest external temperatures for more than 20 years (Figure 1).

In his presentation, Integrated Gas-Fired Heat Pump Water Heaters for Homes: Results from Field Demonstrations and System Modeling, Paul Glanville, of the Gas Technology Institute, indicated that gas-fired water heating is used in 62% of US homes, and reported that 95% of those homes in Florida used water heaters of the lowest efficiency.

Considering the average US four-person home water use of 12kWh per day, he compared the measured installed performance of systems based on a number of research projects to provide a simple seasonal delivered efficiency (useful hot water output/energy input). 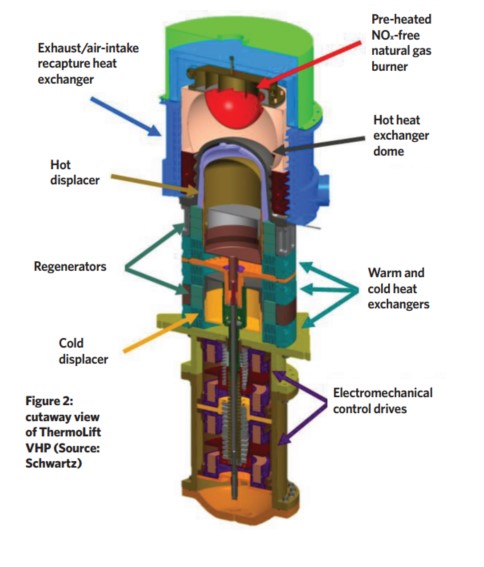 This included non-condensing storage water heaters that were typically 0.6 efficient (that, for example, make up the majority of installations in homes in Florida), rising up to an efficiency of 0.85 for condensing continuous-flow water heaters.

The efficiencies were shown to drop off significantly for storage systems in households that used less hot water than the average home, presumably as a result of a higher proportion of idling and storage losses. Installations of ‘first-, second- and third-generation’ GAHP water heaters were shown to have efficiencies of 1.20 or more.

He reported US homeowners typically spent $275 (£220) on hot water heating per year, and was very aware that any new technology had to be moderately priced so that when consumers replaced their failed systems it was not at a much higher cost.

Glanville highlighted a new generation of GHPWH that have been used in pilot schemes. They are designed to be a direct physical replacement for internally-mounted storage hot water heaters, and offer significant improvements including a smaller footprint. They have ‘smarter’ controls, which include more storage tank sensors to allow tighter control of supplementary electric heating and predictive cycling control. 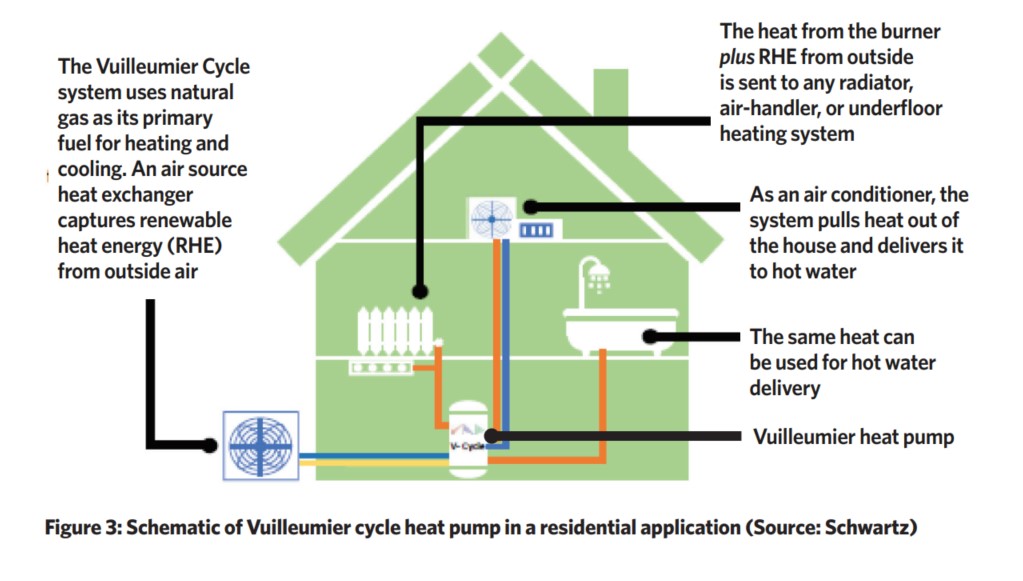 The core gas absorption system included: significantly improved designs to the solution pump; the development of a custom electronic expansion valve; and improvements to the flue gas condensing heat exchange. However, the form factor of a traditional direct gas-fired storage water heater was maintained – including the 225-litre hot water store.

The pilot systems were installed and monitored in five different Californian homes for 12-18 months (a total of 12,000 operating hours), and Glanville showed the five units (installed in garages) operated effectively with only 1.1% to 6.2% of the annual hot water demand being supplied by supplementary (electrical) heating.

The presentation by Paul Schwartz of ThermoLift – A Thermal Compression Heat Pump for Complete Building HVAC – introduced a new application of technology known as a Hofbauer Cycle that is neither a vapour compression nor an absorption machine, but is a thermodynamic cycle of thermal compression.

The system uses a gas-fired heat engine to operate a cylinder assembly that compresses and expands a working gas within several chambers and then transfers the heat to the water distribution system.

The development of this novel, high-efficiency gas-powered heat pump is an evolution of a Vuilleumier cycle using a working gas of helium (at high pressures), and is capable of effectively providing both heating and cooling from the same device, at constant capacity, even in cold climates and partial load conditions.

Tests on a Vuilleumier heat pump, similar to that in Figure 2, at the Oak Ridge National Laboratory indicated COPs of 1.6 at 0°C and 1.5 at -10°C external temperatures for the machines, capable of producing hot water at 74°C.

The 25kW heating/12kW cooling unit is small, and will be suitable for installation in homes, as illustrated in Figure 3, as well as for commercial and industrial installations (including cryogenic cooling). It potentially offers significant energy and carbon emission reductions. The development of a second-generation device is focusing on component optimisation in anticipation of introduction into commercial markets.

This is a technology to keep in mind for the future, particularly as the driving heat could be derived from renewable sources. 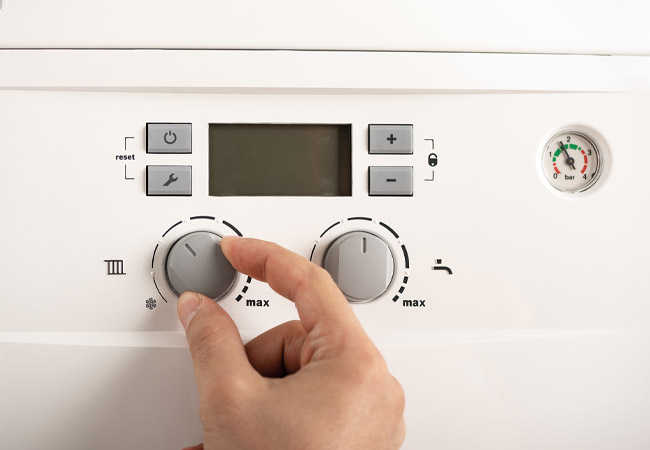 A condensing guide to CHP efficiency