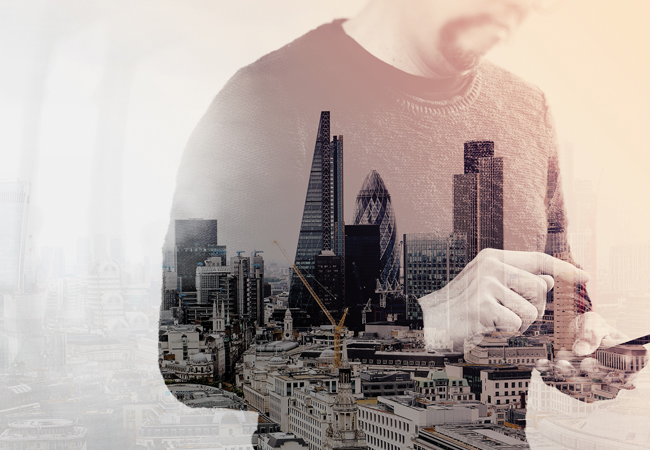 Big desks and long rulers were the order of the day when CIBSE digital engineering consultant Carl Collins started in mechanical engineering as a draughtsman; computers were few and far between.

‘Back in 1983, we were using the ancestors of the modern 3D building information modelling (BIM) tools – simple CAD applications on computers that were little more than virtual drawing-boards,’ he says. ‘But, most importantly, we were using computers to interpret and store data, to help eliminate errors and to automate processes. That’s when BIM truly started, and when the digital engineer was born.’

So while the ‘digital’ part of the job title is relatively new, the ‘engineer’ part has a much longer lineage. ‘Engineers have been around for hundreds of years, adapting to the tools that became available,’ says Steven Hale, managing director at Crofton Design. ‘We went from slide rules to calculators and now to BIM. That’s not digital engineering – that’s engineering.’

The most valuable part of BIM is the way engineers capture, organise and deploy data, says Collins. ‘BIM should not be an expensive add-on to a project, but a way of working that permeates everything we do.’ And, if used from the start of a project, BIM can create a platform for true collaboration and accelerate delivery.

Crofton deployed BIM software across all engineers’ desktops five years ago, and the firm is ‘beginning to see a tipping point’, says Hale. As well as staff going home on time, they have gained hours of productive time because of an increase in efficiency.

Instead of generating non-recyclable data, a digital engineer only needs to input building information once before it is shared and used by multiple parties. ‘Typically, you would do the calculations, draw the schematic and create the schedules. With BIM, those are just different views of the same bit of data, so you no longer have to reproduce that information manually three times,’ says Hale.

Manual methods also introduce the potential for human error and propagate any inaccuracies there may be in the original drawings. In BIM, the drawings and schedules are generated directly from the underlying model, ensuring information is always consistent with the design.

When a change is made in the design – for example, the size of an air handling unit – it automatically ripples down to all related construction documents and schedules. ‘Otherwise, you risk fragmentation of data – when schematics and schedules fail to align – and out-of-date information,’ says Hale.

‘Automation can do the mundane tasks so we can do more important things, like design,’ adds Dave Lee, BIM manager at Hilson Moran. ‘It also saves time, because architects and engineers can work on projects simultaneously.’ A collaborative model prompts interdisciplinary understanding, too, Lee says, breaking down barriers between electrical, public health and mechanical engineers, and architects.

Hale says Crofton’s BIM expertise – combined with such a small market of competitors – has helped the firm secure jobs, particularly on the government’s Priority School Building Programme. The drawback? ‘It’s eye-wateringly expensive,’ he says. ‘SMEs are struggling because they look at the cost and wonder how the hell it’s going to pay them back.

Smaller companies need to embrace digital technologies or they will get left behind, says Mark Maidment, director of Skelly & Couch, which invested in BIM seven years ago. ‘Companies that do not invest will lose engineers. Unless they have experience working with the tools, they will find it difficult to get jobs in the future,’ he adds.

To simplify and standardise some aspects of BIM, CIBSE is developing product data template (PDTs) – a database of manufacturer-prepared fields with values for products and specifications. Designers and contractors can use these to populate their BIM models automatically with component data, to work out energy savings and cost.

The recently launched BIMHawk website and software plug-in allows users to upload PDTs corresponding to real-world products with a full set of industry-recognised parameters ready to be filled in, before importing the model directly into a BIM platform.

Skelly & Couch and Hilson Moran rank highly those individuals who have experience in using digital packages, but their key criteria for candidates are strong engineering principles and a willingness to learn. Training an engineer to use software is much easier than teaching a Revit expert engineering, says Lee. ‘Existing engineers have been hired because of the quality of their designs, not because of their ability to click a button – they can be trained up to do that. What we can’t teach so easily is the innovative engineering behind it.’

Maidment insists modelling in isolation – without an understanding of what is coming out at the end – is a dangerous activity. Skelly & Couch encourages everyone to do hand calculations in the first instance, to ensure they know that what they’re getting from the software packages is reasonable and correct. ‘Digital allows us to push boundaries, have confidence in our designs, and instigate things we couldn’t have seven years ago. But we need to recognise its limitations,’ says Maidment.

Like Skelly & Couch, which supplements Revit courses with in-house training, Crofton runs weekly BIM workshops on creating schematics and schedules, as well as offering Revit training on Linda.com. ‘We have been training for five years and have seen a 15% improvement in productivity,’ says Hale. ‘Every one of our engineers will need to be able to manipulate data-rich models to work here. Everyone in the business – including me – is learning.’

Hilson Moran, with 150 engineers and a 30-strong CAD department, is also bridging the gap between the two disciplines by creating digital technologists – experts in both engineering and software. ‘Our strategy is that everyone – no matter what age – should have digital knowledge, including the CEO,’ says Lee, who uses company-wide KnowledgeSmart testing to identify knowledge gaps.

However, there’s still a long way to go before all disciplines are on board, adds Hale. Electrical engineers’ drawings, for example, use symbols that do not accurately translate into Revit, which allows 3D components to be tagged with data. ‘This has been the convention for electrical drawings for the past 60 years, and it will be really hard to unpick,’ he says.

Hale believes the terms BIM and digital will fall away in time, as the industry begins to accept these technologies as the norm. ‘Many people see BIM as a problem, but we see it as an opportunity to set ourselves apart from our competitors,’ he says.

BIM is just data, organised to do different things, adds Collins. ‘It’s no different to what engineers have always done – solved problems by doing creative things with the tools available. We’re all digital engineers, but we need to embrace this role to make the most of its potential.’