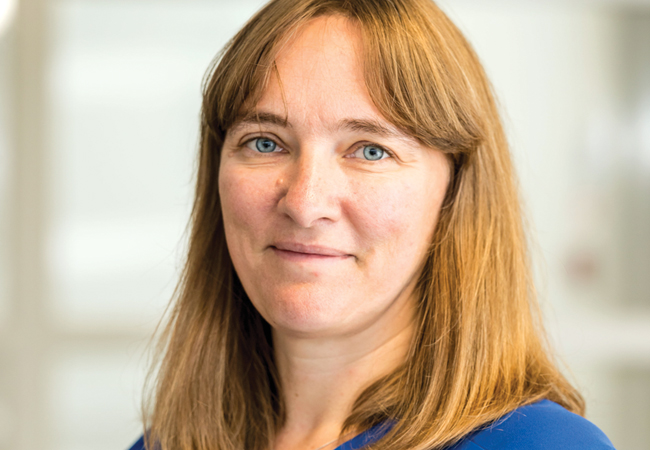 Educating clients to ensure the outsourcing model is procured and implemented sustainably is an important lesson that should be learned from Carillion’s collapse.

That is the view of Jo Harris, CIBSE maintenance task group chair and controls and project engineer at Eli Lilly. She says the insolvent firm’s demise should provide the impetus to address the bad practices that exist within facilities management (FM).

A member of the CIBSE FM Group, Harris started her career as a maintenance apprentice, and – for the past 14 years – has been an FM consultant and industry advocate for improving the construction and operation of buildings. In our interview, she acknowledges that FMs must upskill in order to outsource less, and show clients how they add value to businesses.

The dangers of outsourcing

Part of the issue with Carillion was that it was bidding for contracts at below market-level prices. Many clients suffer from poor service if suppliers can’t deliver at those prices, or are charged for lots of extras, says Harris.

‘Hopefully, this collapse will highlight the need for procurement teams to carry out due diligence on companies tendering for contracts, and interrogate their prices and the supply chain,’ says Harris, who adds that procurement teams must be wary of accepting under-price bids. ‘If you get four bids and one is implausibly low, do not take it, because – if the service company isn’t making a profit on your contract – they will cut the services they provide until they do, or start charging extras.

‘It’s about benchmarking, setting the service level agreements (SLAs) that you can afford, and putting in place KPIs [key performance indicators] that are realistic and drive the behaviours you want. If you get FM right, you can add value, and support the business – but, if you go cheap, buyer beware.’

The biggest challenge facing FMs is managing existing estates and legacy plant within ever-decreasing budgets, while ensuring compliance with the skill sets they have

FM is a service industry and you get what you pay for, adds Harris – but she doesn’t believe Carillion’s situation will reduce the industry’s appetite for outsourcing, because FM is non-core for many businesses. ‘Outsourcing it makes sense for organisations that think “a building will do”, because they’re not interested in running buildings and knowing how to add value to them. They’re interested in getting their product out there.’

Having an in-house FM team is important for businesses that make money from their assets – such as train lines, factories, data centres and hotels – but Harris concedes that even FM companies outsource, calling in specialists for technical jobs.

‘They have to outsource jobs they cannot do, because we have multiskilled our staff to a point where they are jacks of all trades but masters of none – so even something as simple as welding a bin store is outsourced,’ she says. ‘We’ve also become a disposable society; we don’t strip down things such as pumps any more – we just throw them away and buy new.’

Harris says manufacturers have a lot to answer for, because products have become so complicated that maintainers don’t have the systems to interrogate and fix them. ‘Domestic boilers are becoming throw-away items because manufacturers have created this magic box full of technology that we can’t do anything with,’ she says.

The biggest challenge facing FMs, however, is managing existing estates and legacy plant within ever-decreasing budgets, while ensuring compliance with the skill sets they have. ‘FMs are struggling to fill engineering positions, so we have to outsource, and end up paying others, while spending less on plant. Having someone in-house who can do the work is cheaper, but we lack the skills,’ Harris says.

FMs are like first aiders, she adds, while the ‘doctors’ are the specialists flown in when they can’t fix things themselves. ‘There are not enough doctors in-house, because we don’t have the skill set.’

Harris believes many FM engineers have lost the skills to maintain buildings. ‘In my experience, they are being used only to fire fight and to manage specialists, who are brought in to do all the repairing or replacing of assets when needed.’

With help from the government’s Apprenticeship Levy, recruitment has taken a huge leap from a couple of years ago. ‘People see there is a financial benefit to having an apprentice, so – as long as we get those schemes operating effectively, and the governance of them right – we should have the engineers we need in five to 10 years’ time,’ says Harris.

With technologies such as BIM, 3D modelling, and virtual reality, it is not as arduous to attract youngsters into the industry. ‘Kids in school today will do jobs that haven’t even been invented yet,’ says Harris, who believes future skills will focus on programming computers to do tasks. ‘We might not need maintainers any more – just programmers.’ 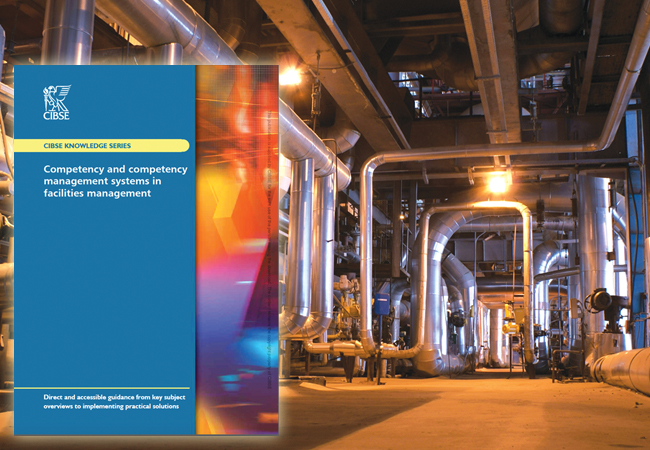 Jo Harris is co-author of KS21 Competency and competency management systems in facilities management, which came out last month

Only if you take yourself out of designer mode, and put yourself in operator mode, will you create a building that works after handover, claims Harris. BIM – with its clash detection and understanding of how buildings operate – could help do that,‘but a computer won’t tell you that you didn’t put in cleaners’ cupboards,’ says Harris. ‘Only if you’ve operated a building will you know that you need cleaners’ cupboards – otherwise, where will the mops be kept? In the office?’

Designers need to consider their decisions from the other end of the telescope, says Harris, who cites countless schools that have reverted to back-up gas boilers after finding their new biomass systems too complex to run and maintain. ‘The default position for occupiers is to go back to the technology they know,’ says Harris. ‘If, during the construction of those schools, the designers had thought about the caretaker managing the building, would they have put in biomass boilers? In my kids’ school, the caretaker was previously a pub landlord – a handy chap, but not an engineering technician.’

Having separate project and maintenance teams that fail to talk to each other is often the root of problems. In many projects, the FM never talks to the architect or any constructors, says Harris, who believes outcomes can be improved with two-way communication between the right parties, engaged early. ‘You need somebody who knows how the building is going to be used to write the procurement. It’s important to have users’ input before too many decisions have been made.’

The BIM information, and the calculations and decisions taken during design, must also be put to good use. ‘If we educate maintainers and operators to use that information, we can keep our buildings running as efficiently as the design,’ Harris says. ‘Instead of all the tweaking we do when somebody is cold, we could go back to the design and find the root cause, rather than just addressing the symptoms.’

Facilities management is about making the most of your resources, especially in legacy buildings, 95% of which will still be here in 2050. These are the buildings that need attention, says Harris, and engaging FMs in design and commissioning is the best way to make them operate efficiently.