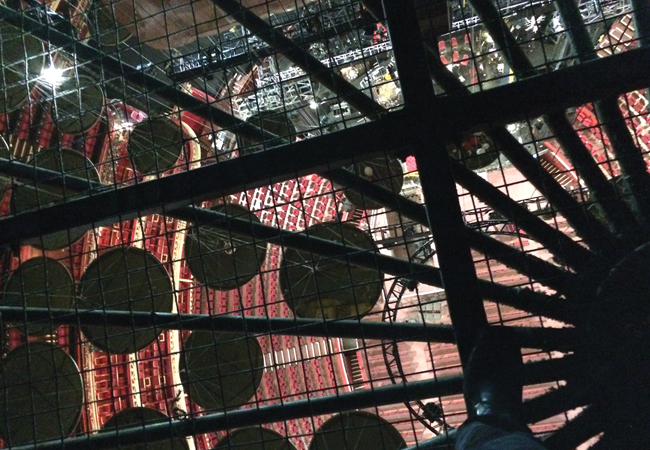 We must investigate the past to inspire the future. This was the overarching message from the Heritage Group symposium, titled ‘Historic building services in education, practice and research’.

The event, organised with the Kent School of Architecture at CIBSE’s Balham HQ in July, highlighted that many involved in building services pay little attention to the history of their industry. They sweep away engineering past to replace it with modern technology because they do not recognise the significance of what has gone before.

He said engineers need to engage in research, or establish partnerships with universities and professional bodies, to ensure the industry learns the lessons of the past.

In the opening session, Schoenefeldt gave a presentation on the Palace of Westminster, where he is leading a large, Arts and Humanities Research Council-funded project investigating the historic ventilation system at the Houses of Parliament. ‘Between heritage and sustainability – restoring the Palace of Westminster’s 19th century ventilation system’ feeds into the building’s restoration and renewal programme. The project is helping to bridge the gap between academia and practice by investigating how historic knowledge can be applied to enable the re-use of historic infrastructure. 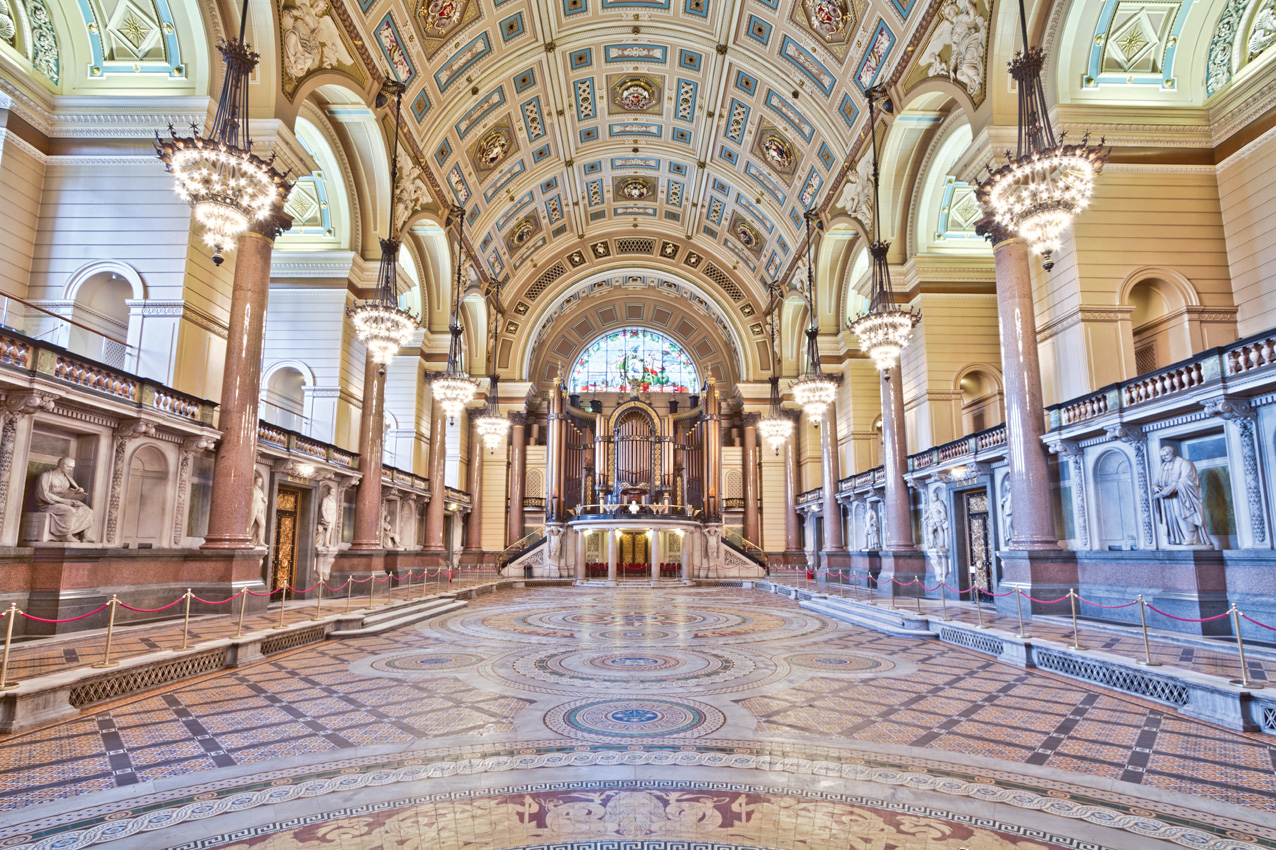 The process involves undertaking a critical reconstruction, through archival research and in-depth site investigations, to understand the original system, how much of it survived, and where it came from.

‘Very often, you cannot understand how the form came into being unless you understand the process that lay behind its design development,’ said Schoenefeldt. ‘At the Palace of Westminster, the design process was politically charged, so a lot of the decisions cannot be explained on practical grounds but, often, only on political grounds.’

The next stage is understanding how the building performed and how it was operated – including its post-occupancy history – before drawing conclusions about how the system could be partially reused.

Schoenefeldt believes post-occupancy is critical because the way systems were used was often different from the way they were initially proposed. ‘The Palace of Westminster developed over 30 years, and the process started before the building services were even considered. The architectural decisions at the beginning were not shaped by later ideas of stack ventilation.’

The palace was originally designed to be served by one system and, because of political tensions, it was divided into sections to house multiple systems, which were distinct from one other, he said. ‘Those divisions cannot be understood purely on technical grounds; they’re based on decisions that are part of the political dimension of design, and the way the design has evolved.’

One of the aims of the project is to produce a 3D point-cloud survey and BIM model of the historic system that can, ultimately, be used by designers working on the restoration programme.

To capture what today’s engineers think about the history of building services and its role in education and practice, Schoenefeldt conducted a survey leading up to the symposium. Of 29 respondents, 23 said they felt there was not enough knowledge of historic building services among industry practitioners. The majority said their knowledge was not gained through formal education, but through practice or personal interest.

Those who didn’t have knowledge of historic services said they relied on external advisers – including Historic England, facilities managers and heritage architects – for guidance on how to approach conservation.

A generational knowledge gap was also perceived; millennials were seen to be less familiar with historic buildings than those aged over 40. Schoenefeldt – a millennial himself – said: ‘This suggests young engineers should be experiencing education that reconnects them to that knowledge.’

He added: ‘It was seen that current practice doesn’t promote a need for learning about historic building services, which prevents people from creating bespoke contextual solutions.’

Most believed current practice doesn’t promote learning about historic building services, which prevents people from creating bespoke contextual solutions. Respondents said historic services general knowledge should be included in the formal education of engineers, and those who want to know more should pursue the MSc or PhD routes. A career option of becoming a specialist was highlighted as a prospect.

Schoenefeldt said: ‘Education should also be used as a vehicle to establish new working practices, including incorporating more research.’

The Palace of Westminster research project has started to build the bridge between academic interest and the practical benefit that work could offer practitioners, said Schoenefeldt.

Handing over a research publication is not enough, however. ‘You need to produce a series of documents that translate into something of use to the practitioner,’ he added.

For the restoration programme, Schoenefeldt produced a series of reports, and was involved in the design brief to ensure knowledge of the past could be fed into practice. 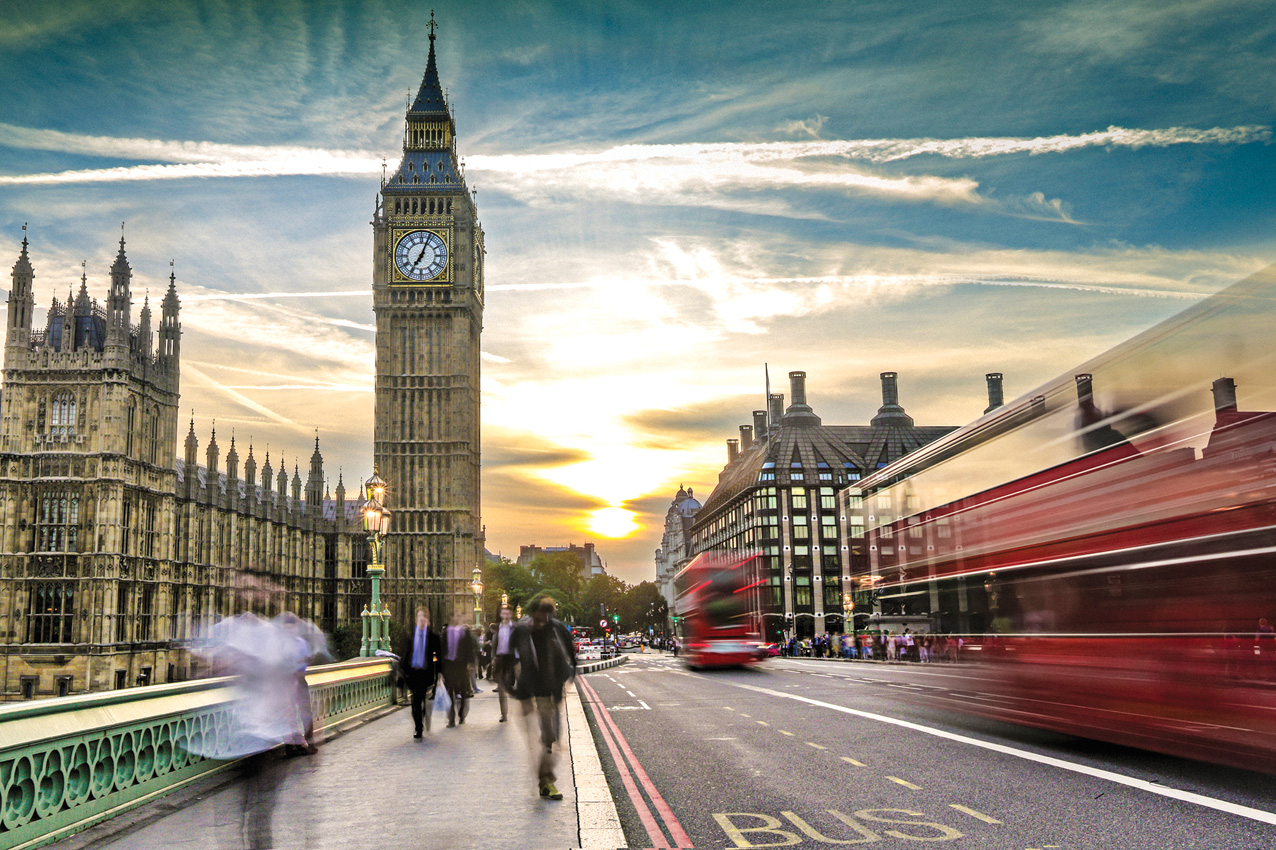 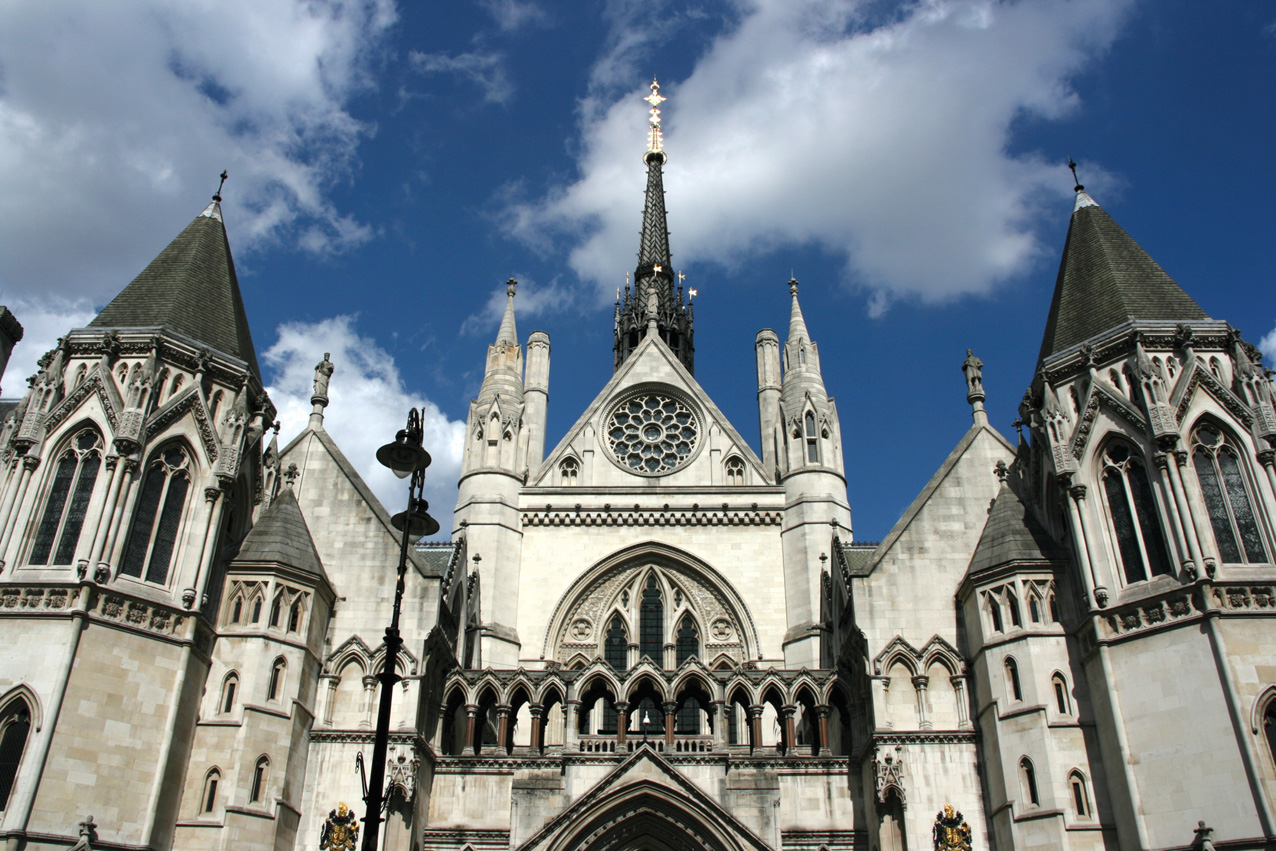 We must learn from historic principles applied at the Palace of Westminster (above) and the Royal Courts of Justice. Credits: iStock.com / Xavierarnau / Tupungato

This ‘knowledge’ must then be translated into a form that’s intelligible and meaningful to practitioners, before it can be disseminated among stakeholders. ‘Then, you have to facilitate knowledge utilisation because, sometimes, the researchers will be the ones to see the opportunities and will work with practitioners to uncover them,’ said Schoenefeldt.

He added that the outcome will ‘close the feedback loop’ by being fed back into academic research, because – in its own way – what is done in practice becomes research that feeds into academia.

A centre of excellence

The feedback loop is missing from our industry, Phil Jones, energy consultant and chair of the CIBSE CPD and district heating group, told the audience during the plenary discussion. ‘That’s why we are stuck in a cycle of getting things wrong again and again,’ he said. ‘We need to learn from the past and use that knowledge in buildings today.’

To get out of such a cycle, Jones said textbooks were needed that present case studies and draw out key design principles. He also proposed creating a standard module – with an hour each on the history of boilers, fans, air handling, and so on – to be taught within the curriculum of every building services course.

‘Lawyers, doctors, the military – even architects – learn from case history. Building services engineers don’t, and we’ve got to fix that through teaching and research,’ he said.

Jones proposed that two or three universities should come together and – with industry funding – set up a centre of excellence for the building services discipline.

‘We shape our buildings and, afterwards, they shape us – we have to recognise the heritage,’ he said.

Edith Blennerhassett, director at Arup, suggested the industry could sponsor a student prize for an essay in relation to the history of building services.

The evolution of the Heritage Group

The institution’s oldest special interest group, the CIBSE Heritage Group was founded in 1973 with the main purpose of discovering and recording aspects of building services history, including systems and equipment, companies and pioneering engineers.

In 1897, the Institution’s terms of reference stated that it should ‘make the building services industry aware of the need to record historically significant installations before they become extinct’.

The following year, the Archeology of Building Services Working Party was formed, with Ken Dale as chair. Neville Billington, another chair, joined the group in 1977, and Brian Roberts became chair in 1984 and held the position for 27 years.

From 1987 to 1996, a series of Christmas lectures raised the profile of the group and, on the 100th anniversary of CIBSE’s predecessor, the Institution of Heating & Ventilating Engineers, Brian Roberts produced The quest for comfort.

Past chair Neil Sturrock said: ‘The Heritage Group is all about learning from the lessons of the past. We want the engineering students doing that; the Engineering Council insists that history is taught on all engineering courses.

‘These days, engineering is seen as a usable commodity – things are scrapped and started again. There’s no appreciation of how that development occurred, and people do not build on the successes of the past.’

‘A lot of interest for the topic is from enthusiasts, so if lecturers won’t squeeze it into their course, students might see it as a prize worth going after,’ she said.

Going back in time would allow students to get back in contact with the ‘first principles’ of environmental design and develop a critical angle on technology that could apply to modern systems, said Schoenefeldt. It would also show them how to reuse existing infrastructure to limit the impact of re-servicing historic buildings. 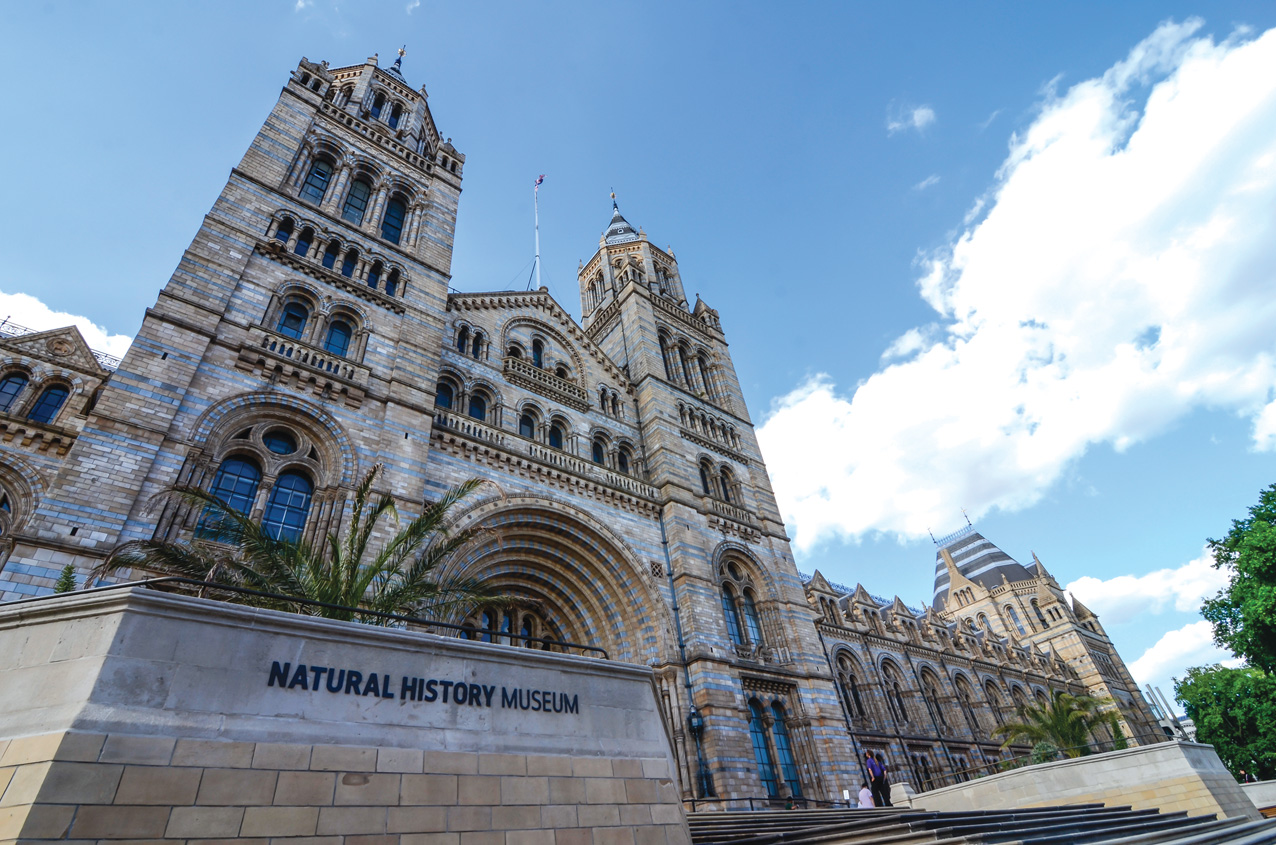 Only 1.5% of UK buildings are new – the rest are existing buildings, said Graeme DeBrincat, senior façade engineer at Arup. ‘If we use the circular economy principles of recycling and reusing them, that’s a step in right direction.’

He added that the industry needed to get away from the ‘take, use, dispose’ mentality. ‘But that takes bold decisions. Using modern digital tools, we can prove the success of traditional approaches to building design, but we have to be bold, and back it up with good communication and analyses.’

Schoenefeldt said today’s working methodology is not fit for purpose and we have to explore new ways of working using the knowledge of historic principles. ‘But building services engineers cannot do it on their own – they need to collaborate with all the other disciplines,’ he said.

‘My proposition is that the institution takes a more active lead in trying to promote the understanding of historic building services through engagement and research, through promoting new forms of practice, and through changes in education.’

Students from the Kent School of Architecture showed how the study of historic building services has been integrated into their education.
Tweet 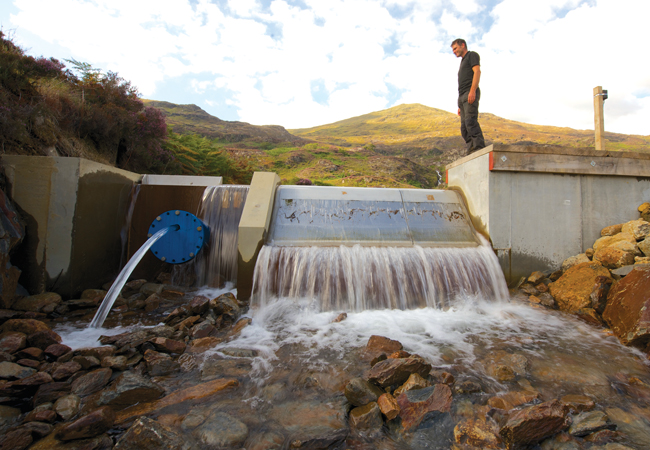 How a National Trust blog inspired a low-carbon network