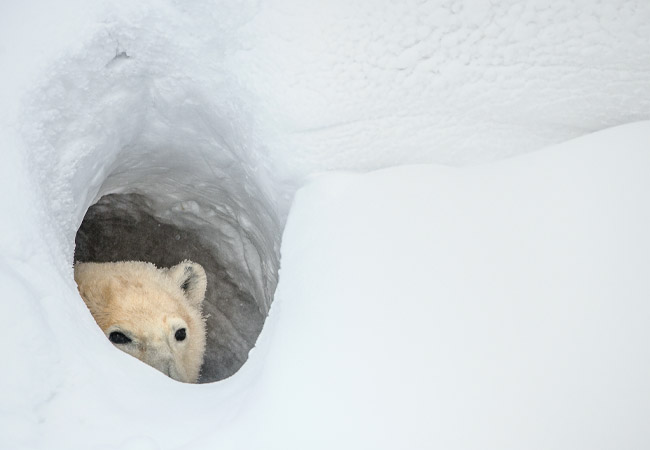 Everyone was on a rollercoaster and didn’t know where it was going to end,’ says Tomás Neeson, managing partner at Cundall, recalling last March, when the construction sector was hurtling into lockdown part one.

After what he describes as a ‘three-month bump’, however – and despite a slowdown in commercial work – Neeson says Cundall is in a ‘strong position’ as it enters the new year.

He adds that bad debt has proved to be a smaller headache than initially feared. ‘Everyone says clients have behaved, and cash flow hasn’t been the issue anticipated. Clients didn’t go bust and didn’t stop paying bills, which was really good.’

Wendy Belfield, commercial director of Hampshire-based InTandem Systems, agrees that building services has weathered the Covid-19 storm better than many other sectors. ‘It’s challenging,’ she says, ‘but in the current environment we feel that the sector is buoyant.’

This perhaps surprisingly upbeat picture is reflected by the results of the latest annual salary survey of the building services sector, carried out for CIBSE Journal by recruitment consultants Hays.

Across construction and property, 89% of employees expect their organisation’s activity levels to increase or stay the same over the next 12 months, Hays says.

According to its survey – which was carried out last year, before the latest tightening of restrictions – pay has suffered during the pandemic. Exactly a quarter of building services professionals said their salary has decreased over the past 12 months and just more than half (53%) said it has stayed the same. Three-quarters of those who had suffered a salary drop blamed it on the Covid-19 crisis.

The proportion of building services professionals who reported a pay increase was down from 41% in last year’s survey to 22% – and the average salary rise in building services was 1.1%, half the figure of 2.2% recorded this time last year.

Around one-third (34%) of professionals expect their salary to increase over the next 12 months, however, while 60% say they are currently satisfied with their salary.

Gaelle Blake, director for construction and property at Hays, warns building service employers not to be lulled into neglecting salaries. ‘I wouldn’t push goodwill too hard. As things loosen, it won’t be long before people will want a pay rise.’

The salary increases associated with Cundall’s latest round of promotions have been ‘more modest’ than normal, admits Neeson, but he agrees: ‘Just because we are in a recession, doesn’t mean people don’t want to progress their careers.’

Brian Goldsmith, managing principal at Elementa Consulting, says his firm’s salary rise will be closer to two than one per cent. ‘We are still aiming to give those increases,’ he adds, ‘because it’s important to reward staff, especially when you are making a profit.’

Confidence across the sector has certainly taken a knock though, as the Hays survey shows. Only around a third (35%) of professionals working in building services said they were positive about their career prospects in the coming year, compared with 59% last year. A quarter (25%) of building services engineers said they were ‘very’ concerned about the wider economic climate and the employment opportunities in the next two to five years, while 36% reported being ‘quite’ concerned.

In a reflection of this shaky mood, the survey also reveals that building services engineers are prioritising job security when considering their career moves. The main factor driving building services engineers to want to leave their current role is job security (20%), with 14% citing salary and benefits. This, notes Blake, marks a departure from previous years, when salary has been the biggest spur for people to move jobs.

In the current climate, it should be ‘no surprise’ that job security is motivating employees, she says: ‘It would be understandable for someone to be more nervous than usual now.’

Blake suspects that even more engineers would have emphasised job security during the first lockdown. ‘It was so uncertain, and we didn’t know what was going to happen. We went into a shell to survive. Then, when we went into second lockdown, it was more like business as usual.’

Overall unemployment figures paint a bleak picture, but the bulk of redundancies are in sectors such as hospitality and leisure, points out Blake, who also oversees Hays’ economy-wide permanent recruitment business. By contrast, construction activity has been propped up by measures such as public spending on infrastructure and the stamp duty holiday for home purchases.

Companies must be on the look-out for employees developing itchy feet, she says: ‘As things have got easier, and it’s not as catastrophic as it felt in March, people are thinking about their career again. Organisations now need to act more like it’s business as usual.’

Almost two-thirds (59%) of professionals surveyed by Hays said they expect to move roles in the next 12 months, only slightly lower than the 64% figure recorded for the previous year. However, 77% of professionals said their employer had not taken steps to reduce uncertainty about career prospects since the onset of the pandemic last March.

Companies should be communicating the strength of their order books to provide reassurance about future work prospects, says Blake: ‘If it’s not spelled out, they could jump ship permanently.’

The same applies to those firms seeking to attract talent, she adds: ‘If someone is going to leave their job, they need to be reassured about the order book, in addition to money.’

One of the reasons that companies are still planning to recruit is the continuing headache over skills shortages. More than four out of five (82%) construction and property employers reported some form of skills shortages in their team over the past 12 months.

Skilled engineers continue to be in high demand, Elementa’s Goldsmith says: ‘If there are good people out there, and they are trained well, then there will always be a role for them.’ Belfield, meanwhile, says her company is ‘definitely’ looking to recruit.

The remote-working revolution that building services, like many other parts of the economy, has undergone over the past year looks set to have a profound impact on recruitment patterns, though. Nearly three-quarters (72%) of employers believe the workplace will never return to its pre-pandemic state. Goldsmith, who is also vice-chair of CIBSE’s training and development panel, says: ‘Anyone who says things will return to exactly as they were is kidding themselves: businesses are seeing advantages in terms of things such as cutting down on real estate.’ 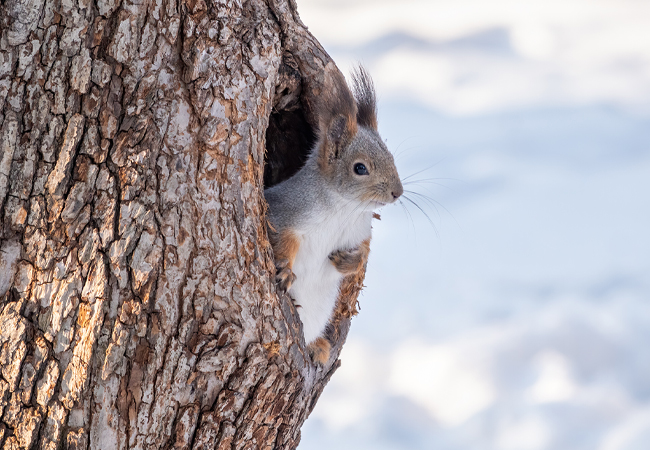 Neeson agrees: ‘People have adapted, and have got used to not coming into work. Some people continue to come into work, but, as designers, individuals can do lot from home.’

Many employees, too, are clearly hoping to retain the improved work/life balance they have gained during lockdown by cutting out the commute. Of the 29% of building services professionals who are considering career changes in the next 12 months because of the Covid-19 pandemic, 21% are planning to find a role that involves remote working entirely, and 44% want a hybrid working arrangement.

However, remote working won’t be suitable for everybody, says Goldsmith: ‘You have to do it the right way to ensure staff have the right working environment. We have kept offices open during the Covid-19 pandemic because we have had people – more so graduates and interns – starting out on their careers who may not have facilities at home.’

Jobs such as connecting sensors and fitting valves also cannot be carried out virtually, says Belfield: ‘Although we are doing more remote-access work, there is still going to be an awful lot of site work.’

Engineers are likely to spend a couple of days working at home, which should provide opportunities to mentor junior engineers, says Goldsmith: ‘That means people early in their career get the opportunity to sit with more experienced engineers. If they don’t understand what they are designing and building, you can have problems further down
the line.’

Neeson believes the office will continue to play a role, albeit a diminished one: ‘We are looking at a very flexible future – a blend of agile working at home, site and office – but we don’t see a future where people don’t work in the office at all.’ 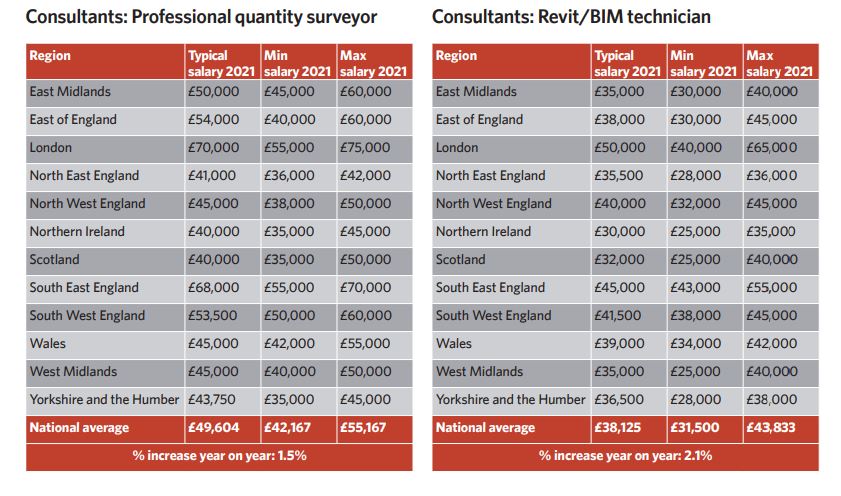 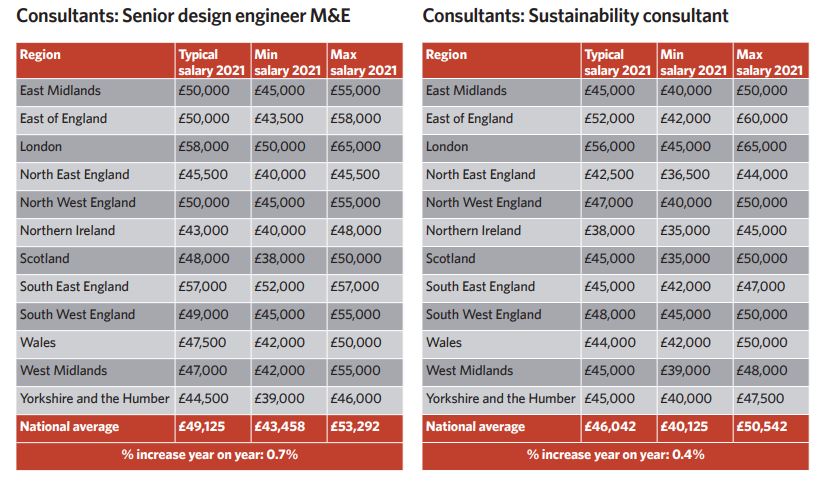 An upside of remote working is that building services engineers can draw on a more geographically dispersed pool of talent than they have traditionally, Neeson adds: ‘We have to do everything to keep talent in this field of engineering.

‘We now employ people in locations where, previously, we wouldn’t have contemplated, such as in the Highlands or the Lake District, which are nowhere near a large office or commercial centre. Now everybody can be everywhere, it can be a positive thing.’ 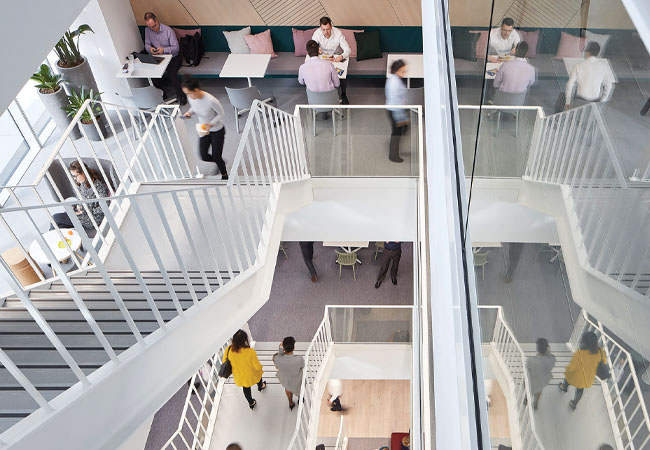 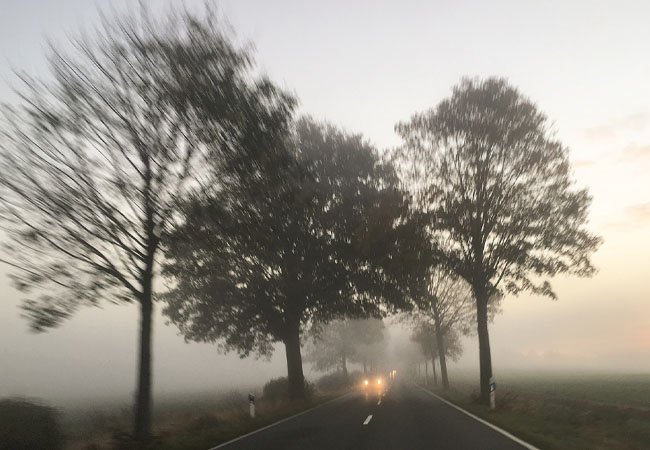