It is common for improvements in control strategies alone to deliver 15-20% reductions in energy use. However, BMSs can be perceived as complex ‘black boxes’ by many professionals who have the potential to influence how these systems are designed, set up and operated. If some simple, overarching principles for efficient, effective control could be established, these may help demystify the BMS and prompt more detailed discussions between building services engineers, facilities managers and BMS engineers on the development of control strategies that improve performance.

BMS engineers are knowledgeable about implementing efficient control strategies, but are usually not asked to, and avoid the contractual risk of deviating from a specification.

In addition, their work on new buildings comes at the very end, when, invariably, their time has been compressed between project delays and pressure to complete as soon as possible. On existing buildings, facilities management contractual incentives to minimise cost, rather than maximise value, can mean expenditure on BMS subcontractors is limited.

This article proposes such overarching control-strategy principles for fellow professionals, and seeks feedback from readers on potential improvements and oversights.

The proposed principles for control strategies include:

To ensure the control principles are effectively implemented, supporting principles include:

Insufficient heating and cooling will result in a failure to achieve appropriate environmental conditions, which is poor control. Perhaps less obvious is excess provision of a service – for example, when there is no demand for a service and equipment should be off, or where demand varies, such as fresh-air provision.

It is common for ventilation systems to be designed and controlled to provide sufficient fresh air for 100% design occupation during all hours of operation, but a building does not – if ever – become fully occupied instantaneously at 9am. A typical office building has a buildup in occupation at the beginning of the day, a slight reduction over lunchtime, and then an emptying over an hour or so at the end of the day. Even maximum occupation is rarely near full design levels.

The British Council for Offices’ (BCO’s) Office Occupancy report found that offices typically reached 60-70% occupation. By considering the relationship between fan speed and power consumption, a 50-60% reduction in fresh-air fan energy use can be achieved by matching fresh-air delivery to occupation (see Figure 1). 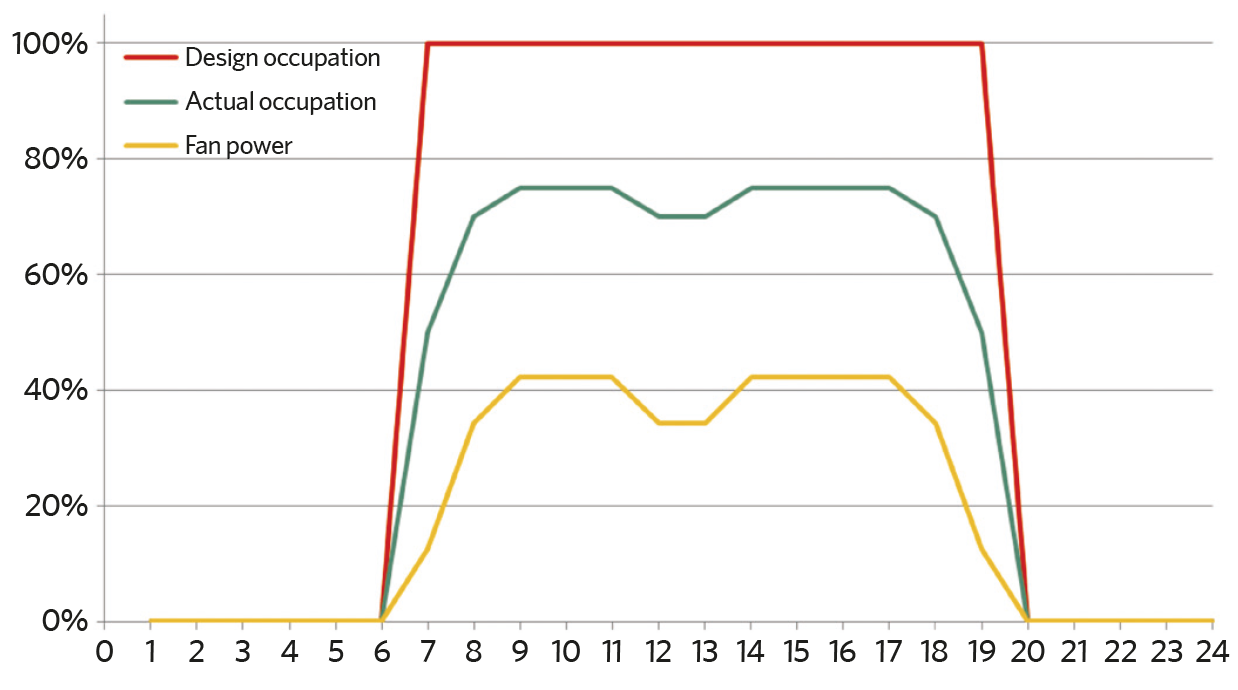 There will be occasions when the efficient overall control of a building requires fan speeds above those required for the level of occupation, notably as an efficient way to provide ‘free’ cooling. This is picked up by the ‘efficient’ principle.

There may be scenarios where some areas of a building require heating and others cooling, but a common issue is heating systems unnecessarily conflicting with cooling systems. This results in unintended, unnecessary demands that waste energy and often add to discomfort.

The common manifestations of this are:

These are not hard issues to avoid. In the first scenario, the supply air temperature can be controlled in response to the overall demand of the terminal units – if most are cooling, reduce the supply air temperature. In the second scenario, implement a sensible dead-band between when heating and cooling comes on (I suggest at least 2K; BCO Specification 2019 allows 4K) and ensure temperature setpoints are within a sensible range (between BCO Specification 2019 requirements of 20-24°C).

Grouping terminal units so they implement the majority of heating, or cooling, demand is also an option. Consistently, a
20-30% reduction in terminal unit demands is observed when this is addressed, and usually a reduction in hot and cold complaints.

Most buildings have a range of systems available for heating, cooling, ventilation and daylight. For example, there may be the potential to provide cooling by natural ventilation, running fans, using a heat-recovery system, or through an active cooling system, such as a chiller-fed chilled water system.

Each option will vary in efficiency and capacity. Control strategies should select the most efficient system for the demand required.

Operate the system as efficiently as possible

Once selected, the system flowrates, flow temperatures and staging should be controlled to operate as efficiently as possible.

It is common, for example, to find a heating system operating at fixed temperatures and flowrates, while the heating demand it is meeting varies. On a milder day, with a fixed flow temperature of, say, 75°C, any heating valve may only be open 20-30% – yet the boiler is operating inefficiently, and certainly not condensing, and heat gains from the distribution pipework may risk bringing on the cooling system (see ‘Avoid extraneous demands’). An efficient control strategy should reduce the heating circuit temperature until, say, the first heating valve approaches being fully open.

The most efficient staging of the boilers should also be considered, so a discussion with the manufacturer will be valuable. There may be efficiency benefits from varying pump speeds. These days, most pumps and fans have variable speed drives, but, in many cases, they are not connected to the BMS and are just used for commissioning. A cable is often all that’s required to make this connection, enabling variable control.

Time and again, good control is confounded by issues with the equipment being controlled, with the finger (often unfairly) pointed at the controls engineer. For example, temperature sensors for terminal units are frequently in the ceiling void, rather than the room, resulting in inaccurate readings.

Another common example is the addition of a partition wall with a terminal unit on one side and its temperature sensor on the other. I have even come across a dispute between a landlord and tenant over the inadequate provision of heating and cooling. The control strategy was an area of investigation, but it transpired the heating circuit had been directly connected to the chilled water circuit when a fan coil unit had been installed.

Sophisticated analytics software and mobile-phone dashboards are becoming prevalent, but creating new views and alarms on existing BMS supervisor computers can be useful.

The common approach to views is to split up central plant by system – heating, cooling, hot water, ventilation – with floor plans showing the location of individual terminal units, so you can drill down to a view for each terminal unit.

Though good for detail, these views make it hard to identify the overall performance of a building and, therefore, how efficiently it is being controlled.

Use three principles as a guide to frame potential views:

In addition, alarms could be set up that build on these views, triggering when parameters are met and indicating that the principles are not being followed. 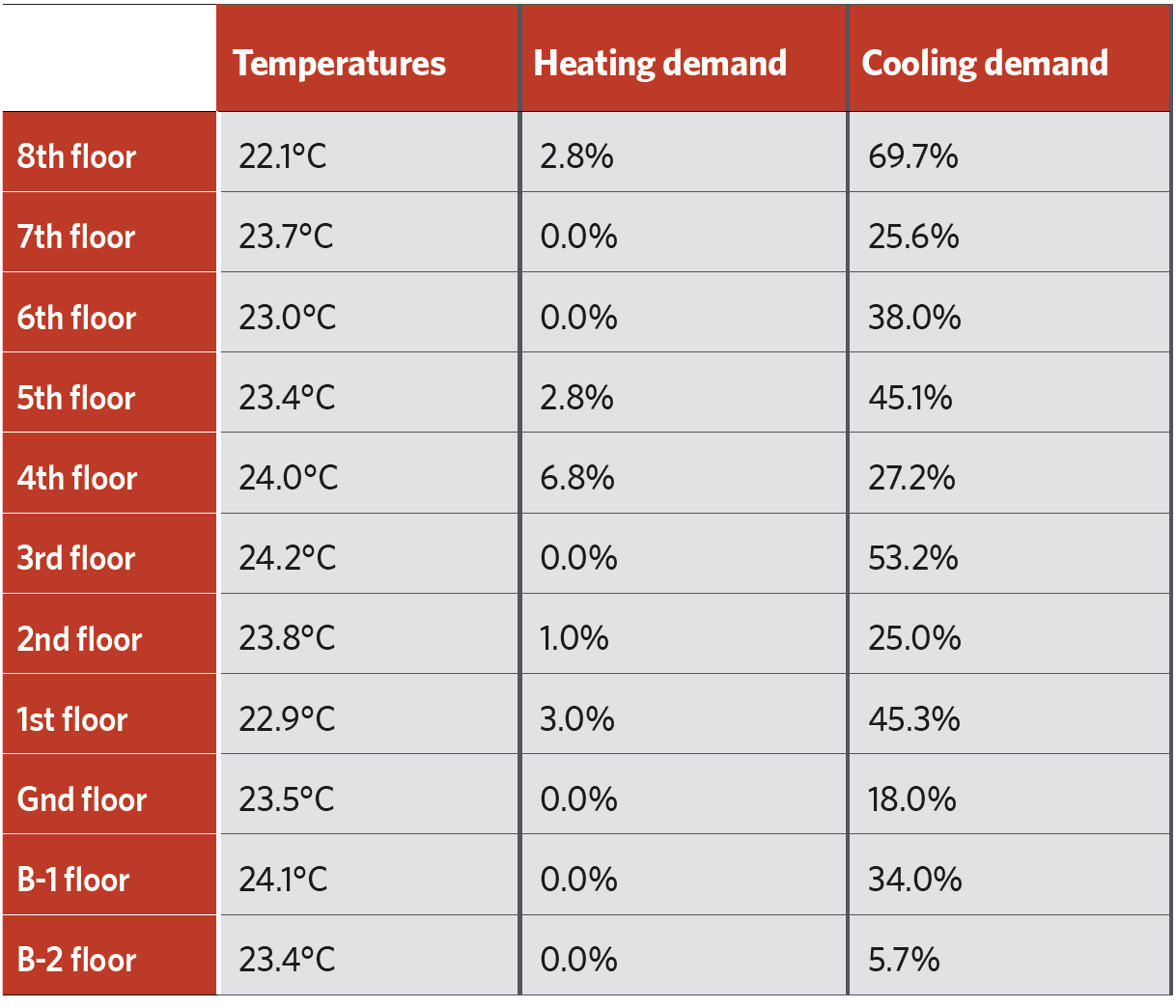 Such views and alarms can also help identify equipment failures. The example terminal unit summary view given in Figure 2 helps monitor for simultaneous heating and cooling, but also helps identify a failed AHU cooling system on the eighth floor and incorrectly installed fan coil unit actuators on the third floor.

There is much detail that sits beneath these proposed principles, but the expertise exists in the building energy management industry to work with designers and operators to develop the detail.

Those conversations can only happen if all relevant professionals have the confidence to have them, and if performance requirements exist in design and operation specifications.

I hope these principles can be part of promoting such conversations, demystifying the BMS ‘black box’ and recognising good control as an essential factor in delivering buildings that perform. 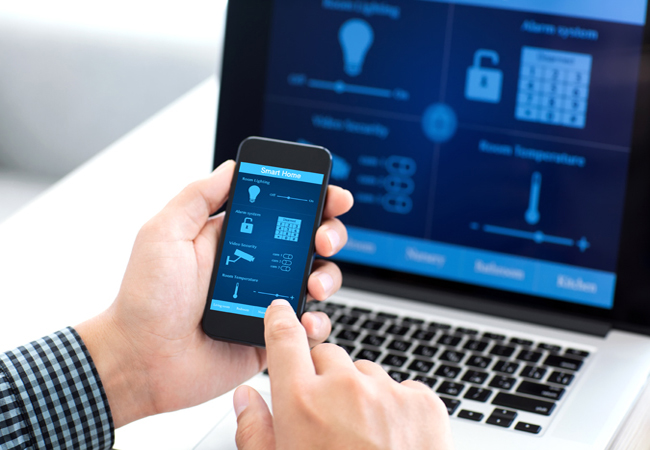 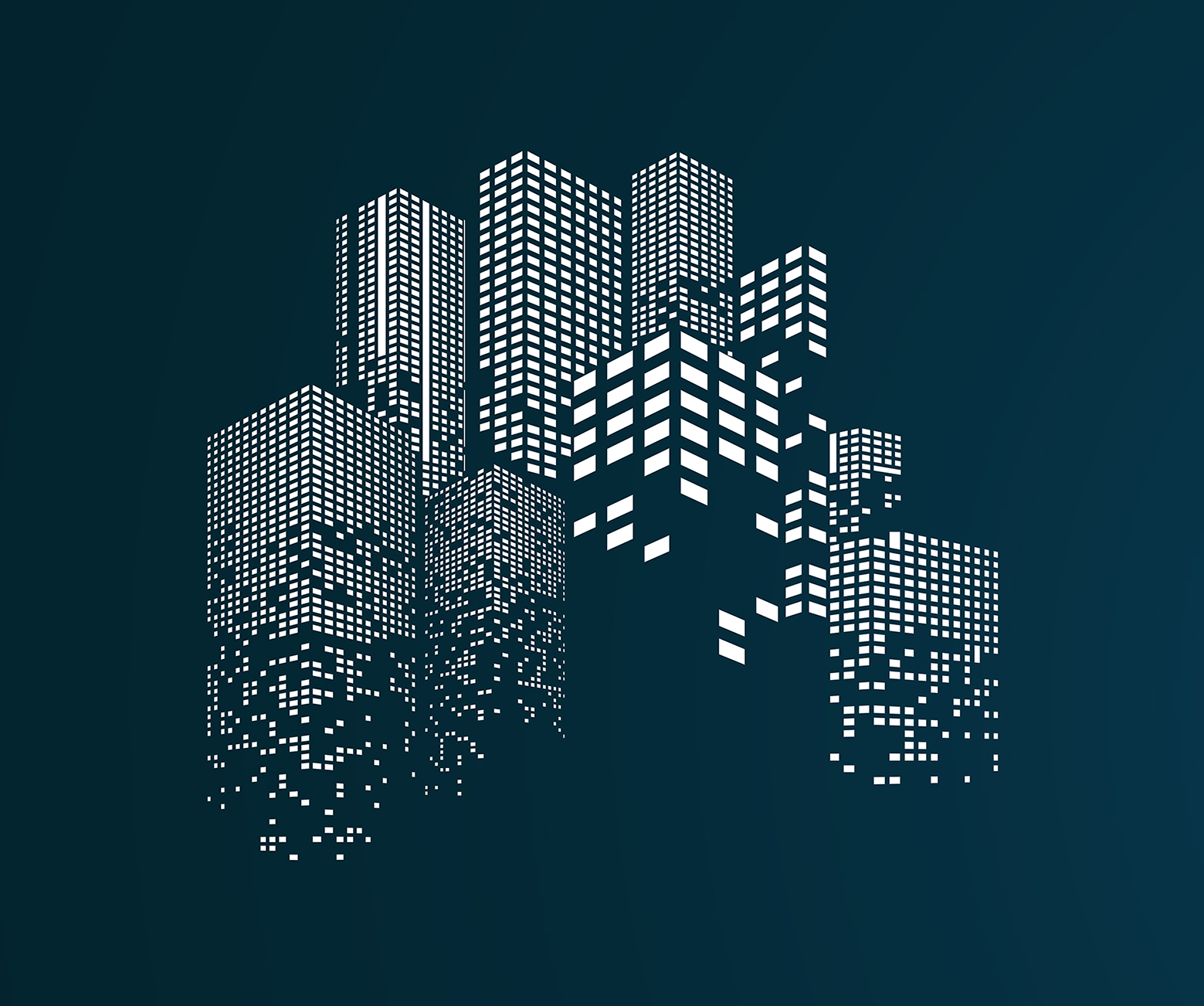