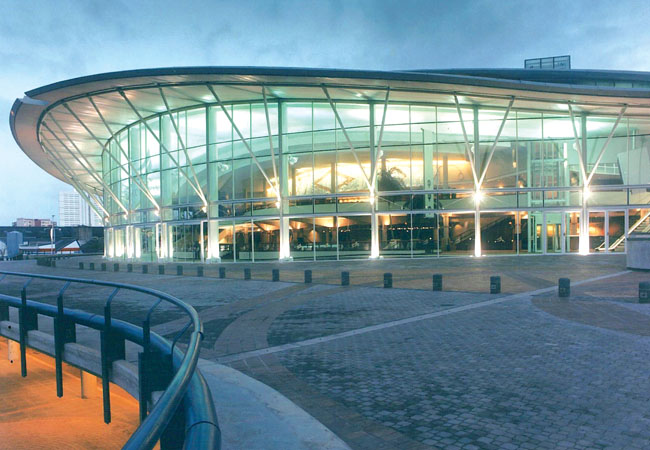 In the future, all electricity supply will be on a smart grid. Computer intelligence will ensure that components of the electric grid can communicate with each other to improve operations, maintenance and planning of supply.

With smart grids, smaller power sources such as renewables and battery storage – known as distributed energy resources (DER) – can be aggregated to provide buildings with power to meet regular demand. They give building owners security over their energy supply and the ability to save money through lower energy costs.

The development of smart grids and local energy generation is gaining momentum and there are examples of governments funding their advancement. For example, the state of New York is financing microgrid expansion in an attempt to reduce the number of power cuts experienced during hurricanes, such as the destructive Sandy, that hit the American East Coast in 2012. 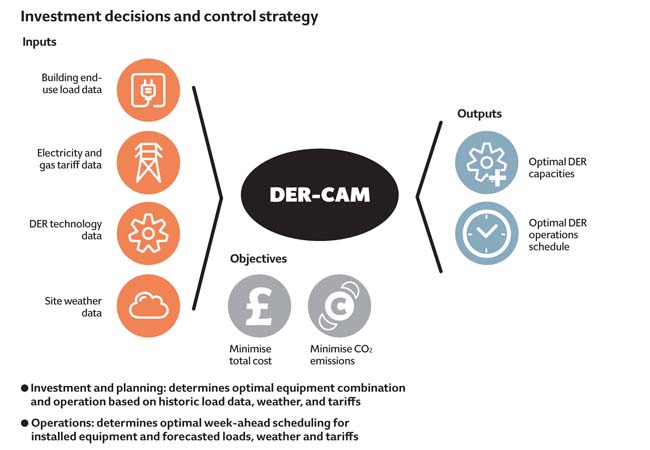 One US microgrid vendor, which tracks power cuts worldwide, says ‘an alarming increase in severe weather-related events is interrupting electric services’ and that the upward trend of extended power cuts is also being caused by ‘aged equipment and a loss of experienced utility workers’.

The integration of smart grids and buildings is likely to be the responsibility of the building services engineer, who will have to design and specify smart control systems to oversee the supply of electricity in developments. They will need an understanding of the relationship between the building and the national grid. The Network Code on Requirements for Generators sets out rules to which new generators must adhere in order to connect to the grid. (See panel on ‘Existing smart grid standards’). 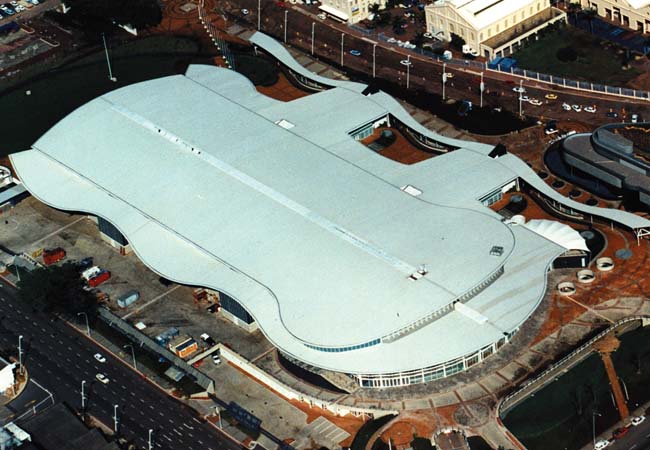 Existing buildings can be adapted to generate their own power, and this article examines the economic viability of incorporating a microgrid in the Durban International Convention Centre, both to meet its own energy requirements and to supply power to the national grid. It is a vast 33,000m2 event space opened by Nelson Mandela in 1997, and has hosted large, high-profile events such as the 2011 United Nations Climate Change Conference (COP17) and the Commonwealth Heads of Government Meeting.

This study considers the convention centre as it could be in the year 2022, when energy storage and electric vehicles (EVs) are expected to be both viable and commonplace.

Technical requirements of a microgrid were not considered, including stability, black starts (restarting systems after an accidental shutdown) and automatic islanding (the automatic disconnection and reconnection of a microgrid). In this case the interest was less about resilience and more about grid-tied performance, and how microgrid design can be optimised for profitability for the life of the building.

The study used the distributed energy resources customer adoption model (DER-CAM) from the USA’s Lawrence Berkeley National Laboratory in California. It calculates the optimal mix of renewables and storage – in terms of minimising costs and CO2 – based on inputs such as: building end-user load; energy tariffs; site weather data; and amortised capital and maintenance costs for any microgrid equipment investment (Figure 1).

The centre has four 1MW diesel generator sets and 180kW of traditional uninterruptible power supply (UPS). A dual 11kV redundant supply has meant the generator set has hardly been used and power cuts are infrequent. While the generator sets would be of use during blackouts, the DER-CAM model focused on the most profitable grid-tied solution based on renewable technologies, such as PV and electrical and thermal storage.

Assumptions were made that reflected the expected condition in 2022. This included the increased efficiency of equipment, and the lower cost of renewables and electrical storage. Goldman Sachs, for example, is predicting a 60% decrease in the cost of electrical storage by 2020.

The electricity tariff has time of use (ToU) charges for both energy and power. The tariff is weighted towards demand (power) instead of energy. Peak charges in the afternoon represent a future with high levels of renewables and EVs on the grid and are based on scenarios predicted for California. No feed-in tariffs (FiT) or net metering are considered because of the uncertainty of government policy (see panel ‘The risks of relying on feed-in tariffs’).

The building has only cooling throughout the year, and the existing ice storage system would be resized as required by DER-CAM. Typical load profiles were specified for three circumstances – event breakdown (dismantling) days, typical event days, and high load event days. Weather files include insolation. 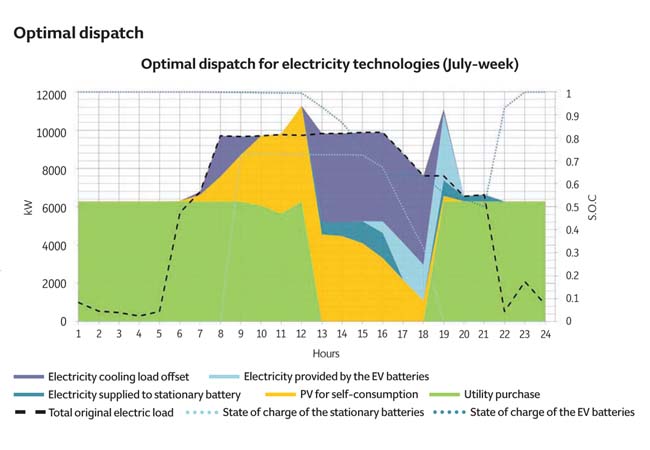 Figure 2: Optimal dispatch of resources for a typical event day. NB no power is needed to be drawn from the grid during peak hours

Outcomes and predicted savings
The modelled results show a 12% total annual saving compared with a grid-connected baseline over a 20-year period. The operation of the microgrid on a typical event day shows load shifting, and the building as presenting a well-behaved load to the grid, which has further value (see Figure 2).

Initial modelling efforts explored the possibility of operating off the grid, with the grid as a backup. DER-CAM results revealed that even with future PV energy efficiencies of 30% and the lowest predicted battery costs, there would never be enough roof area to power the building, especially once electric vehicles were introduced.

EVs are an attractive source of electrical energy storage and can be characterised for inclusion as intermittently available mobile storage devices; their capital cost is not part of the building expenditure.

Only one benefit-sharing mechanism was modelled. Predicting the movement of EV owners is complex, so DER-CAM uses a statistical approximation of a fleet of vehicles.

Vehicle-to-building (V2B) economics focused on trading the value of undercover parking with that of energy exchange interactions. A V2B management system will identify vehicles that in the building until at least early evening. These will be topped up as they arrive, in anticipation of later use.

No vehicle will have its battery drained beyond a set value – minimum state of charge (SOC) disconnect – ensuring no EV owner is left stranded. EVs arriving with depleted batteries can buy energy, but this is a separate business case and was not considered.

It was assumed that a maximum of 20% of 1,000 parking bays would have EV charging stations and would participate (see Figure 3).

The building battery was forced to operate with a minimum discharge level of 50% so it could act as a UPS. The ice storage system played a major role in shifting the cooling load into the night, with the two electrical storage batteries supplying power once the PV contribution reduced at the end of the day. Battery storage will also allow for PV smoothing (compensating for lower PV power generation during cloud cover). 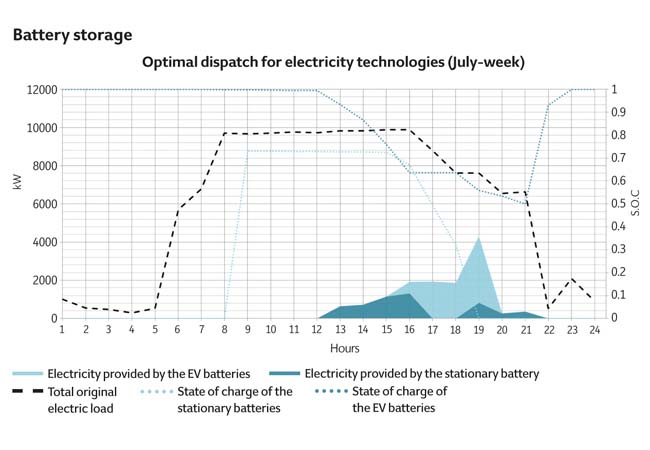 Figure 3: Contribution and state of charge of the storage resources

This could be a tipping point for electrical energy storage in buildings, so it is appropriate to debate how buildings of the future will work, and how best to plan for unavoidable disruption.

A few decades ago, a top quality building had marble tiles and a piano in the foyer; next it was high-speed internet access. Now it will be a microgrid with its own energy generation and storage resources. Prospective tenants will ask the landlord: ‘Are batteries included?’

The risks of relying on feed-in tariffs (FiT)

Building owners need to understand that FiT and net metering (NM) can disappear at the stroke of a policy-maker’s pen and that they are probably better advised to focus on self-consumption as a long-term strategy.

You may have heard that you can profit by selling PV energy back to the national grid or your municipality. Before you get too excited, though, remember the tomato story.

You grow tomatoes in your garden. Depending on the season, rain and the birds, you will, at times, have more tomatoes than you need. Why not trade them with your friendly supermarket? After all, it sells tomatoes all the time and you often buy them there when your crop falters.

So, you offer to trade them in exchange for an equal amount of tomatoes to be collected the next month. The supermarket manager will refuse, pointing out that he buys his packaged tomatoes via a supply chain that guarantees both quality and supply, at a wholesale price far below the retail price for one.

He suggests you bottle the spare tomatoes and use them at a later date. If you need fresh tomatoes at a moment’s notice, his supermarket always has them in stock. The very same economics holds for electricity.

In an ideal world, the magical grid will have infinite capacity and be run by a benevolent charity willing to take your meagre amounts of self-generated energy at a moment’s notice and with fabulous reward (FiT) – or, at the very least, in equal exchange for electricity whenever you needed it in the next 12 months (NM).

In the real world, a neighbourhood full of buildings festooned with PV that produce excess energy in the middle of the day may find the grid unwilling to pay the retail rate for that energy.

More so, in the real world, the ill–timed contribution from such buildings could be turned away, and any self-generated excess will have absolutely no value.

You would be far better off if you could store that energy (literally) for a rainy day? Time to start thinking large-scale energy storage. The real advantages of battery power are not just the financial benefits, but the need to be independent and the ability to control one’s future. 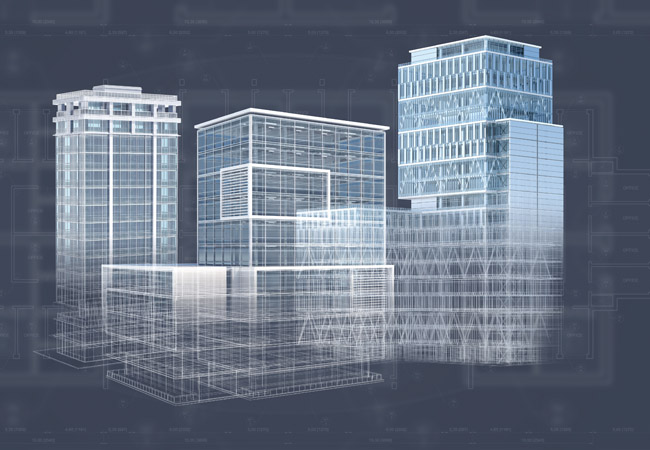 Role models: The benefits and limitations of modelling