In recent years, there has been a substantial increase in the number of battery stores and charging rooms incorporated into buildings used by a variety of occupiers.

The purpose of these rooms – that potentially contain wet-cell batteries – could be to offer emergency power in the event of a mains failure. Because most power failures are temporary, backup batteries can be a good solution to keep critical systems running without the need for generators.

Many other applications use wet-cell batteries – for example, in aviation, public transport, warehousing, university research and development departments, and the Ministry of Defence.

There are two main types of battery solutions for the storage of power – wet-cell lead-acid and lithium ion. The latter are used in today’s electric vehicles and mobile phones, and have the advantage of a deeper discharge of up to 70% of the full charge, as opposed to 50% for a lead-acid battery. However, they are more prone to overheating.

A build-up of hydrogen in a battery room installation will create an extremely flammable atmosphere. With added O<sub>2</sub>, the risk of a powerful explosion is significant

Wet-cell lead-acid batteries are easier to recycle and cheaper than their counterparts, so they tend to be used for industrial and commercial applications.

Lead-acid batteries produce hydrogen (H2) and oxygen (O2) – two parts H2 to one part 02 during a normal charge cycle. These gases are vented to air in the room. In the case of valve-regulated batteries, venting can occur when a battery becomes warm or is overcharged.

Rising temperature and other factors will increase the amount of gases produced and discharged to air.

Hydrogen dangers
Hydrogen gas is colourless, odourless, lighter than air and highly flammable, so it must not be allowed to accumulate in concentrations greater than 1% of the volume of air in a space. The lower explosive limit for hydrogen is 4%, and the upper explosive limit is 75%.

A build-up of H2 in a battery room installation will create an extremely flammable atmosphere. With added O2, the risk of a powerful explosion is significant. Adequate ventilation is important to stop gas build-up, but consideration should be given to installing a hydrogen gas detection system to give an early warning of a change in gas levels or failing ventilation.

Gas detection
The installation of a gas-detection system for H2 enables the permanent monitoring of a given space for the target gas. This will guard against equipment and battery failure – which could lead to significant levels of H2 being produced in a short period – and minimise the risk of both explosion and exposure to users.

A pre-alarm level of 1% with a high alarm level of 2% ensures time is given for action to be taken to stop a dangerous situation from developing.

Placement of the detector heads should be at high level near a ceiling because H2 is lighter than air, and direct airflow from ventilation ducts or fans should be avoided so true atmosphere can be monitored.

A radius of up to one metre around the batteries under charge should be considered as a Zone One hazardous area, as defined by the Dangerous Substances and Explosives Atmosphere Regulations 2002.

Remote signalling of a developing unsafe environment, via beacons placed outside the charging area and/or connection to a BMS system, enables an alarm to be picked up by personnel. Automatically increasing mechanical ventilation within the space once the pre-alarm level is reached should also be considered.

A gas-detection system that can give a gas concentration reading of the instantaneous level, as well as a time-weighted average and a peak reading, would be ideal.

Commissioning
The importance of correct commissioning and servicing of systems that have a primary function of protecting life, health and the built environment cannot be overemphasised. A gas-detection system is being relied upon to carry out its intended design function. In this case, if the H2 detection system has not been commissioned, there is no guarantee it will operate as intended in the event of a rise in H2 levels.

Commissioning must be carried out by a competent person, with certificates issued to the relevant companies and people involved in a project.

Competence is a combination of skills, experience and knowledge. So a commissioning engineer should not commission a gas-detection system if they do not have the knowledge, and specific equipment, necessary for a particular manufacturer’s system, even if they have the skills and experience of commissioning other types of controls.

It is also imperative that those who are competent to carry out the task service gas-detection systems regularly. Just as important are the tools for ensuring the target gas is in the correct concentration for testing the sensors, and the correct delivery method is employed so sensors are not damaged. 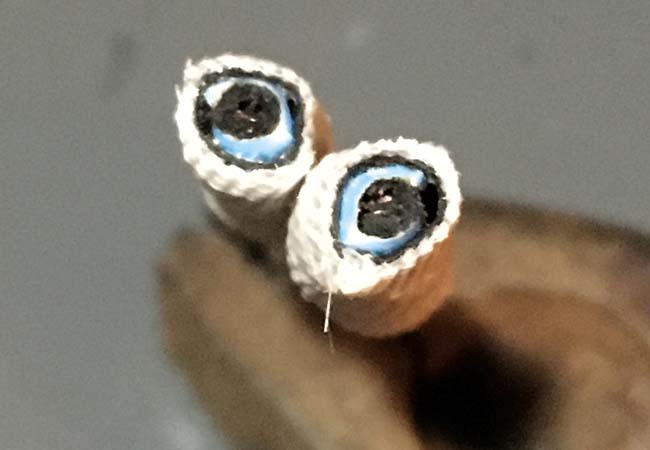