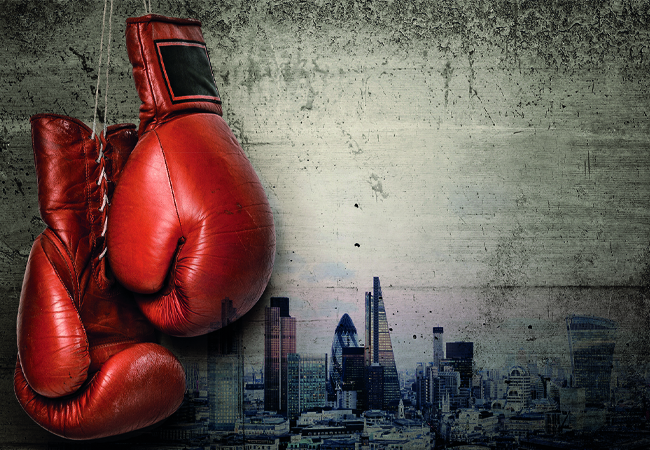 Within living memory, London was a city of power plants.

The Clean Air Act of 1952 put paid to inner London’s power stations like Bankside, which has subsequently been reborn as the Tate Modern art gallery.

But the past 10 years have seen this process go into reverse, says Kathryn Woolley, associate consultant, air quality at SLR Consulting: ‘They got all the power stations out of London and, over the past 10 years, we’ve brought lots of little ones back in. We’ve dotted the city with all of these power sources without much understanding.’

She is referring to the proliferation of mini-combined heat and power (CHP) plants that inner London has seen installed over the past decade.

The driver for this spate of mini-power plants has been the backing from the London Plan –the capital’s spatial development blueprint – for CHP plants.

CHPs were seen as less wasteful of energy, avoiding the losses that inevitably occur when electricity is transmitted around the grid – and less wasted energy translates into lower carbon emissions.

The other main driver was the desire to lessen the strain on the capital’s grid, which is ageing and difficult to upgrade, given the constraints involved in working in a historic and cramped environment like inner London.

But this enthusiasm for CHP hasn’t aged well, as public concerns about air quality have rocketed up the agenda. Every week seems to see a fresh report spelling out the dire consequences of air pollution for physical and mental health.

And, while motor vehilce transport has attracted much of the public ire over poor air quality, the built environment contributes to the problem too. That includes boilers and CHP plants belching out nitrogen oxides (NOx).

Edwin Wealend, associate at Cundall, and chair of the CIBSE Air Quality Group, says: ‘The London Plan strategy has driven the installation of CHP plants without paying too much attention to the NOx emissions. If you are buying a home next to one of those, or in a new development with an energy centre, you could have a very significant amount of NOx compared with the traffic.

‘NOx can be very localised: if you look at NOx monitoring maps for London, the highest concentrations are all along roads, but there are pockets by boiler plants, particularly where there are CHPs.’

Add to that the spread of diesel generation backup plants and pinpointing air pollution is increasingly hard, says Woolley. ‘At the minute, it’s easy to see where the source is on the roads, but you could end up with really bad pockets around power generation.’

Pollution in the square mile

The City of London Corporation, the local authority that covers the Square Mile in the heart of the capital, has been taking a lead in efforts to tackle air pollution.

This can be seen most dramatically at the road junction above Bank underground station, which has been closed to all motor vehicles, bar buses.

But while the City Corporation’s efforts have been focused on transport, it is also concerned about emissions from the City of London’s built environment.

‘The relative proportion shifted towards non-transport, including activities from construction sites,’ says Ruth Calderwood, air quality manager at the City Corporation. She adds that the proportion of emissions from road transport is expected to fall to below 40% of the total across the City by next year, compared with more than half in 2013.

The City Corporation has just published a draft air quality strategy, which outlines how it will use its planning powers to promote lower emissions from the built environment. In addition, Calderwood says the authority is engaging with businesses on ways to cut their emissions.

Local topographical factors, such as the wind canyons created by tall buildings, can result in very localised patches of poor air quality, she says: ‘A quite complex set of things impact on air pollution, it’s not an exact science.’

CHPs are better than the grid in terms of overall NOx emissions, but not at a more neighbourhood level, says Bill Sinclair, technical director of plant manufacturer Adveco: ‘Every time you fit a CHP, the NOx emissions on a countrywide scale goes down. However, if you put that CHP in the centre of London, the local emissions go up because you were not producing electricity in the centre of London.’

The sea change in attitudes towards CHP is visible in the draft London Plan. The previous version, published under the watch of former mayor Boris Johnson, had a single policy on air quality. But Woolley has counted no fewer than 15 separate policies relating to air pollution in his mayoral successor Sadiq Khan’s update.

‘Low emission’ CHP should only be deployed in large developments where doing so enables the delivery of an area-wide heat network, the key policy states. ‘Where there remains a strategic case for low-emission CHP systems to support area-wide heat networks, these will continue to be considered on a case-by-case basis.’

And the document goes on to say that it is ‘not expected’ that gas engine CHP will fit the low-emission category with the currently available technology.

Stuart Clark, director at the consultancy Energist, says: ‘[The Greater London Authority (GLA)] still wants people to be using district heat networks, but there is a very strong drive to use electrical technologies, such as heat pumps with zero onsite emissions.’

The other factor pushing down demand for CHP is the new draft SAP 10 carbon factors, which help to determine how buildings will perform in terms of carbon emissions.

These give a much lower carbon rating to electricity transmitted through the grid, reflecting the increased proportion that now comes from renewable power sources compared with 2014, when this measure was last calculated.

The SAP 10 methodology was published last summer but will not be applied nationwide until the next iteration of Part L of the Building Regulations is rolled out later this year. However, the London Plan states the SAP 10 carbon factors can be used as a guide when determining planning applications.

The GLA’s accompanying guidance on energy assessment spells out that onsite electricity generation technologies, which include solar PV arrays as well as
gas-engine CHP plants, will no longer achieve the level of carbon savings they have until now.

If gas-engine CHP is proposed, applicants will be expected to supply ‘sufficient information’ to justify its use and minimise the carbon and air quality impact.

This new guidance has increased the attraction of using electric technologies, such as heat pumps, says Clark: ‘Historically, electricity was a challenging fuel to use in new-build developments but is now a lot more carbon-light within London boroughs, which means heat pumps are preferable options from a carbon point of view compared against CHP.’

‘By introducing CHP, you are reducing performance of the system,’ he says, adding that developers of energy centres will have to find offsets elsewhere for the carbon emitted by gas-fired plant if they are determined to use it.

Sinclair acknowledges that the new carbon factors have changed the equation for CHP plants. ‘The less carbon-emitting technology was also the less expensive technology, so it made sense to use gas from a carbon and cost point of view.

‘With the reduction of the carbon factor under SAP 10, they are now diametrically opposite: the more expensive technology is the less carbon-emitting technology.’

On a practical level, Woolley worries about the lack of detail to flesh out the London Plan’s policies. She says: ‘The industry doesn’t know what it is aiming for. The policy is there, but the supporting planning guidance isn’t. They may have an idea, but they are not telling anyone yet.’

For example, while the plan says new boilers should have ‘ultra low’ NOx emissions, it doesn’t specify how this should be defined.

Abatement measures, such as catalytic convertors and timing controls, may enable most models of gas-CHP engine to meet the more stringent NOx emission requirements.

‘The modulated systems will flex up and down, depending on the demand of the building, which reduces the size of the thermal store, which should be more energy efficient and have positive benefits on ultra-low NOx emissions,’ says Clark.

And Sinclair argues that gas-fired CHP engines can continue to play a role as part of a hybrid heating solution.

Heat pumps can pre-heat water in the systems cost effectively to about 45°C. But increasing the temperatures to the levels required to ensure the water is sterilised and any bacteria, such as legionella, are killed can be most cost effectively achieved by using gas heating. He says: ‘This gives you the best trade-off of running costs and savings.’

And increased reliance on electricity will revive concerns about London’s grid capacity, says Wealend: ‘We are placing increased demand on the grid at peak times.’

Nevertheless the thrust of the London policy is clear: once again, the days of power plants in the capital are numbered. 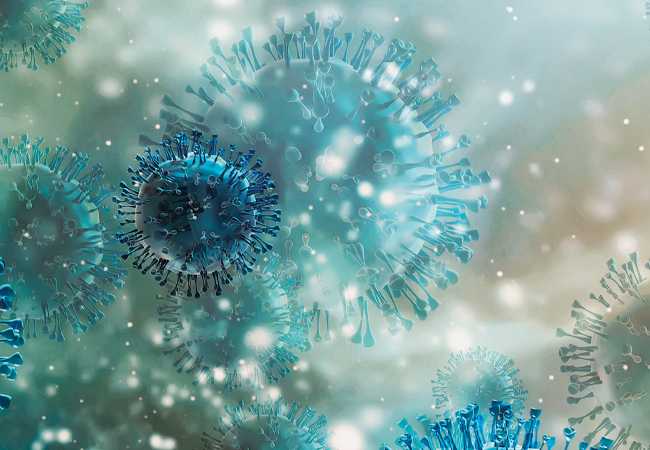 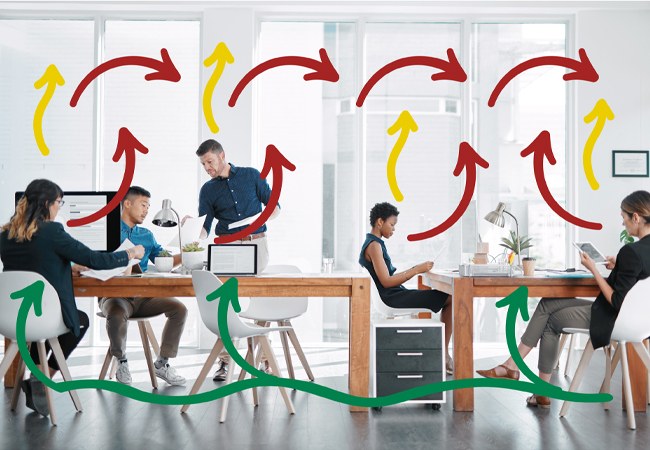