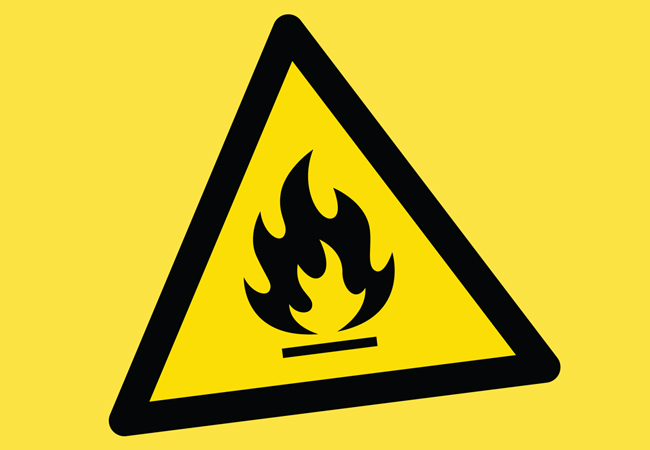 The refrigeration and air conditioning safety register, Refcom, is receiving ‘daily calls’ from contractors raising serious safety concerns about the growing number of products designed to work with alternative – often mildly flammable – gases being introduced into the UK market.

These A2L classification gases are already widely used in the air conditioning and heat pump sectors, as the phasedown of HFCs gathers pace under the European F-Gas regulations. It is anticipated that they will eventually be used in a wider range of equipment, too.

The main source of concern is the lack of any specific training requirement for flammables specified under the terms of the F-Gas regulations. Employers are concerned because the issue is covered by the Health and Safety at Work Act, which makes them legally responsible for the safety of their staff and customers. It is also captured by the Classification, Labelling and Packaging of Chemicals Regulations, which were revised in 2015.

Use of flammable refrigerant gas is ‘on the radar’ of the Health and Safety Executive (HSE), according to head of Refcom Graeme Fox, who has predicted there could soon be a prosecution under its Dangerous Substances and Explosive Atmospheres Regulations (DSEAR), which designate all refrigerants as ‘dangerous substances’. He has also pointed out that a ‘near miss’ could also be grounds for prosecution by the HSE.

‘The wider building services industry has been ignoring this issue for years,’ said Fox. ‘So far, it hasn’t been a big problem, but that is changing and the risks are intensifying, as more and more flammable alternative gases are coming onto the market because of the F-Gas phasedown.

‘Manufacturers have done a good job in making training available, but this is mainly product-specific. The industry needs to take advantage of the provision, now newly available from industry bodies, that delivers the wider knowledge needed to carry out complete installations safely.’

The employer of anyone working on a non-domestic refrigeration system must carry out a DSEAR risk assessment as part of standard health and safety procedures. This should include: information about the nature of the gas used; safety data; the process of installing, commissioning and maintaining the equipment; the amount of gas and its possible combination with other hazardous chemicals; and handling, storage and transport – all of which should be shared with the end user.

An inquest in Australia into the deaths of two workers in a refrigerant gas explosion has also brought this issue to the attention of regulators around the world. The coroner ruled that the fatalities could have been prevented if the men had been properly trained and made aware of the risks. Neither were qualified refrigeration engineers and one – a motor mechanic – had used hydrocarbon (HC) gas to top up a leaking compressor.

‘The explosion could have been averted through correct maintenance, correct use and labelling of refrigerants, and correct dismantling and removal processes,’ according to the coroner, Paresa Spanos.

‘[These] deaths highlight the dangers of unqualified people doing work that requires qualifications or, at least, a solid understanding of the substances and risks involved.’

She concluded there was ‘ample evidence’ that the refrigeration industry was facing challenges because of the move to low global warming potential (GWP) refrigerants, ‘because the low-GWP refrigerants are flammable and the vast majority of refrigeration mechanics/technicians were not trained in the use of such refrigerants’.

Australian industry bodies urgently revised their training provision after the accident and the UK is now following suit with the Air Conditioning and Refrigeration Industry Board (ACRIB) identifying a clear requirement for specialised training in the handling of all flammable refrigerants.

The ACRIB Education group – including employers, professional institutes, trade bodies and training/assessment organisations – has developed training for ‘experienced refrigeration engineers’, who must already hold a recognised F-Gas qualification, such as BESA Training F-Gas Cat I or II, City & Guilds 2079 Cat 1 or 2, or CITB J11 or J12.

Fox said there was ‘no need for panic’ because compliance was relatively easy for firms with proper training in place and experience of the market. ‘However, we must raise awareness of the risks so that everyone can be reassured and safe,’ he added.