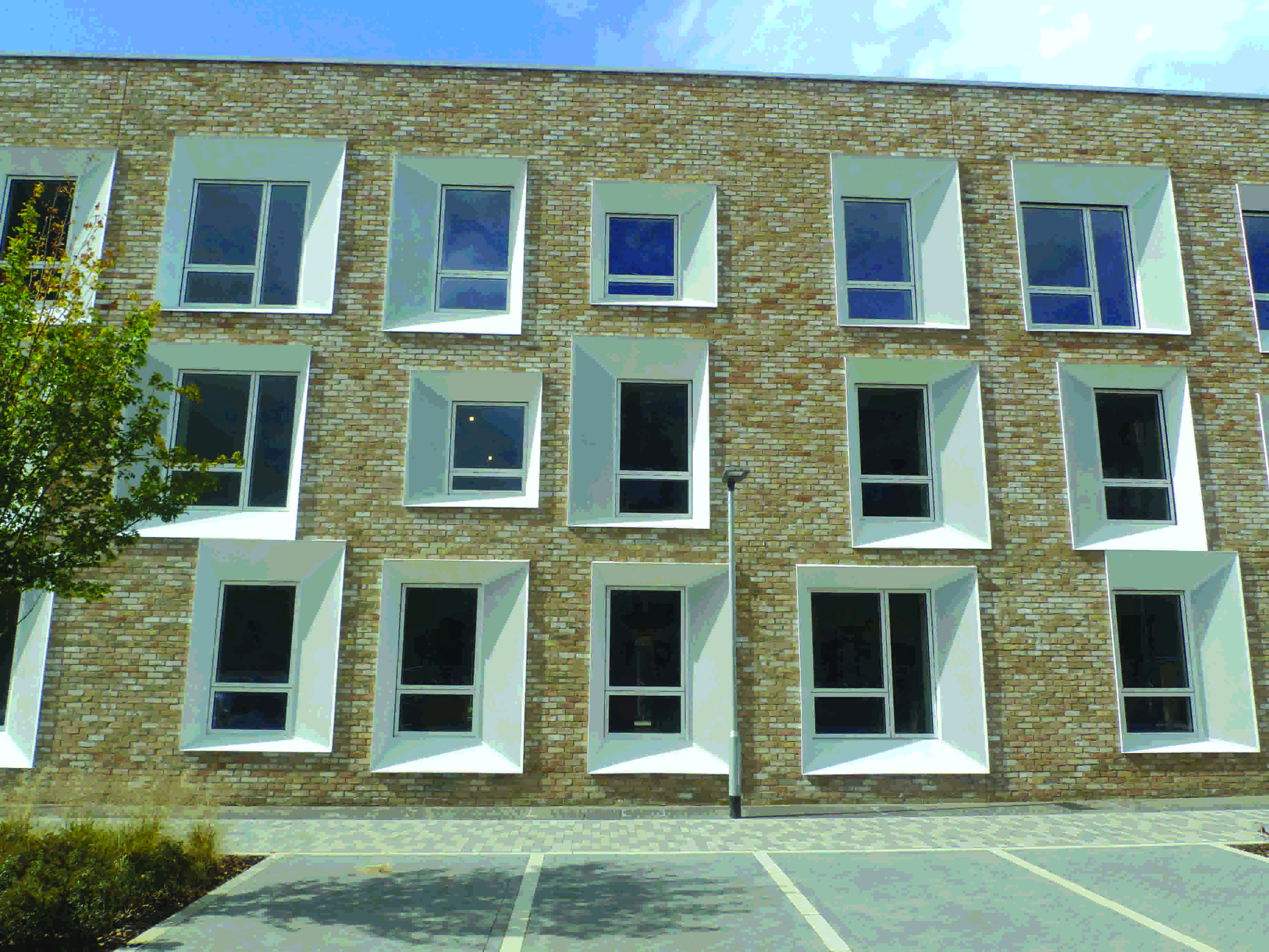 The North West Cambridge development is a £1bn project to supply the University of Cambridge with the homes and research accommodation it needs for future growth. Its first phase is the local centre, known as Eddington, which includes 700 homes for university and college staff, 325 rooms for postgraduate students, and 450 open-market homes, plus associated facilities such as a primary school, community hall, healthcare centre and retail units. This phase is now nearing completion, with parts of the residential buildings already occupied.

The development is a leading example of how residential schemes can use façade-mounted, attenuated ventilation to offer natural ventilation solutions to control overheating on a site exposed to high noise levels.

The scheme had to consider noise generated within the development, including new transport routes, an energy centre and commercial units

Within the first phase, four of the architects have adopted this approach into their façade designs, as an alternative to introducing mechanical ventilation options.

The North West Cambridge development is adjacent to the M11 motorway and, as a result, is exposed to traffic noise day and night. 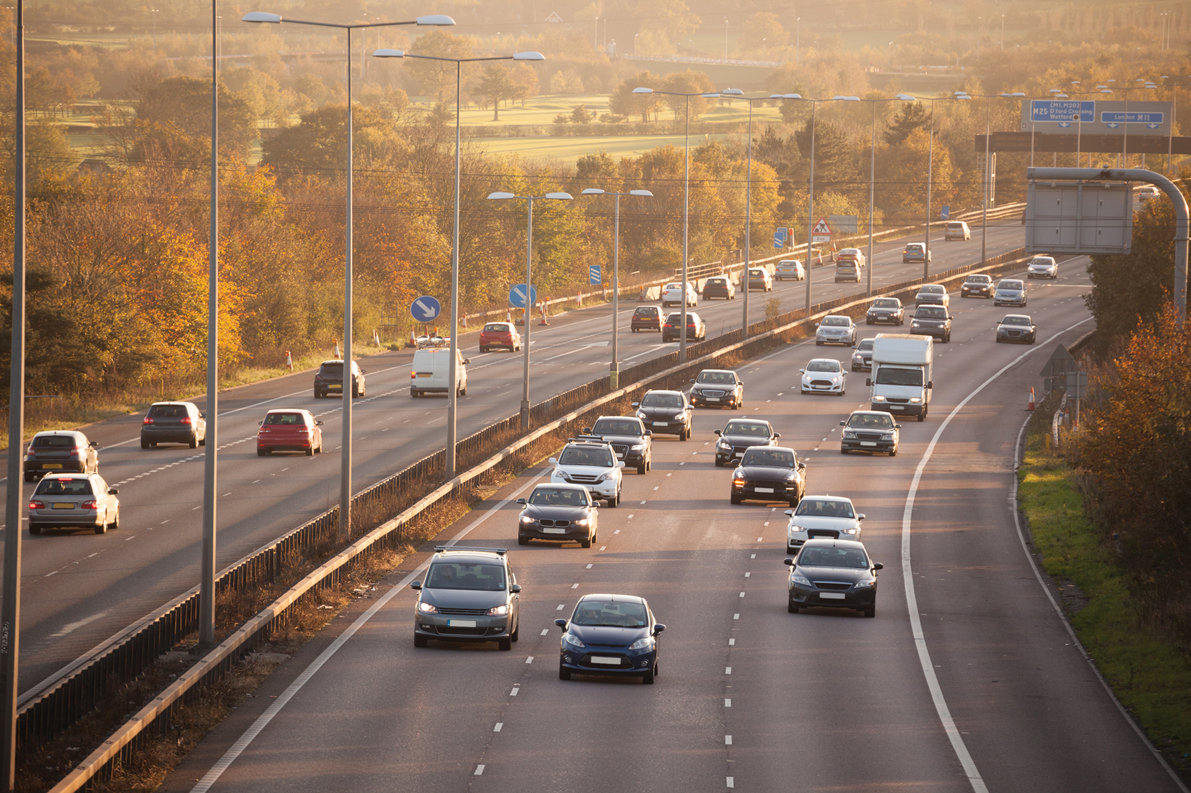 A planning condition for the development required reasonable noise levels to be met within the residential buildings when they were ventilated at a rate to control overheating. If that could not be achieved with the windows open, an alternative method of ventilation would be required.

In addition to motorway traffic, the scheme had to consider noise generated within the development, which was to include new transport routes, an energy centre and commercial units.

The noise levels across the site were modelled using SoundPLAN software, which enables noise levels to be predicated on each façade based on future traffic data. It can predict the incident noise levels for each floor height, taking into account the shielding provided by the proposed first-phase buildings and the landscaping of the area next to the M11.

Once the external noise levels had been established for each room, the necessary noise reduction could be established.

The indoor noise levels required were 40dB LAeq,T during the day and 35 dB LAeq,T at night – whereas the predicted external noise levels were up to 67dB LAeq,T and 62dB LAeq,T for the daytime and night-time respectively.

With the windows closed – and any trickle vents open – a reduction of 30dB is possible, so suitable internal levels can be achieved even at the façades with the highest predicted noise levels. The sound reduction provided when windows are opened, however, is considerably less.

The development known as Lot 3 (main image) consists of 323 one- and two-bedroom, key-worker apartments. Attenuated vents are located adjacent to the windows, behind the large perforated panels, that form part of the window surround. Behind the perforated metal panels are weather louvres, dampers, and then the attenuation. As with Lot 5, two levels of attenuation were specified, depending on external noise levels. Most spaces could use cross-flow ventilation with windows that open on quieter façades.

The sound reduction from an open window depends on several variables, such as the open area required, the type of window and how it’s hinged, the direction of the noise source, and the room size and finish. Most noise assessments are based on a rule-of-thumb reduction of 10dB to 15dB for a partially open window. 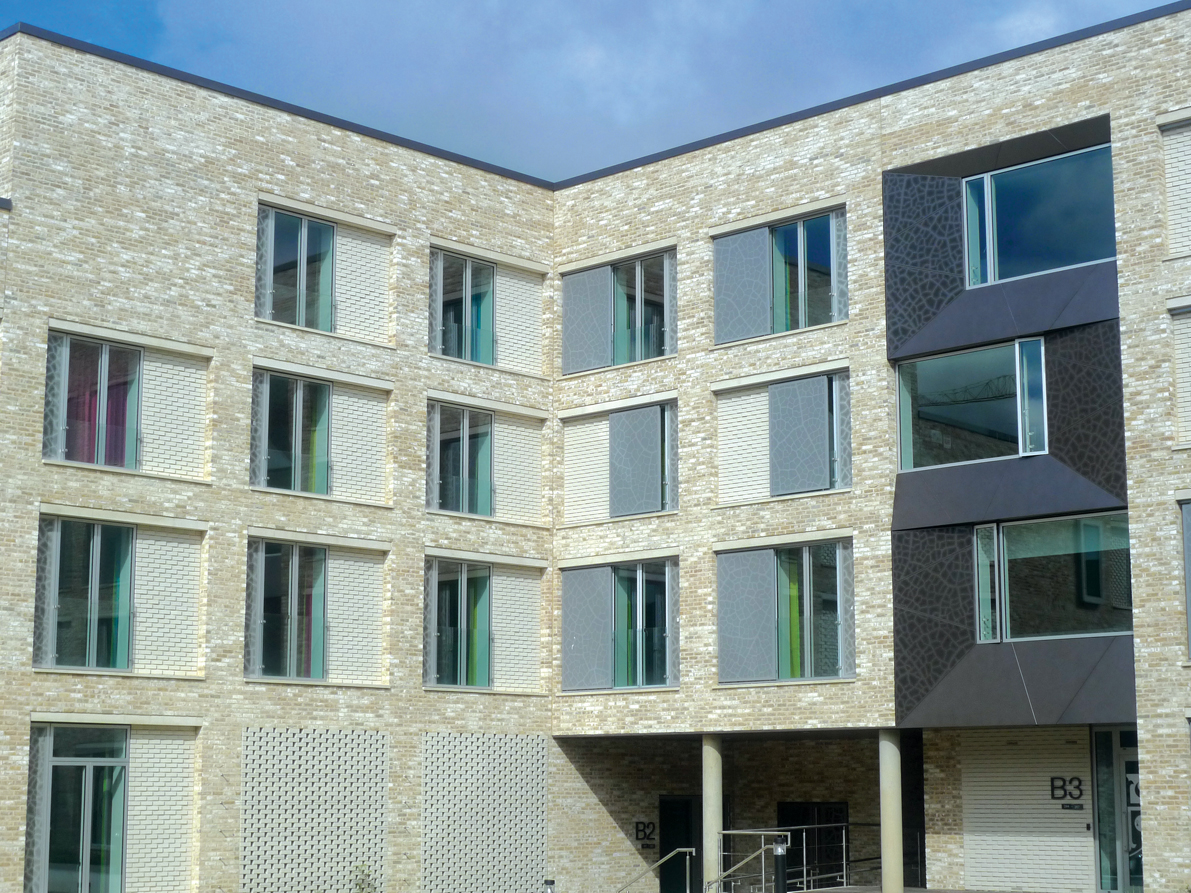 The attenuated vents at Swirles Court have a patterned, perforated metal finish

For this development, the reductions were estimated using the open-area requirements for the ventilation and, typically, the predicted reductions were within the 10-15dB range.

To meet local authority requirements with open windows, external noise levels had to be below 55dB LAeq,T during the day, which was only predicted to occur at a small proportion of the site, furthest from the M11.

The majority of the first phase of the development fell within the 55dB LAeq,T to 67dB LAeq,T range, which meant the façades directly facing the M11 would require some form of alternative ventilation. The use of attenuated vents was proposed to enable a natural ventilation strategy to be maintained and achieve the 27dB indoor noise level required.

To give the necessary ventilation rates, the size of the vents need to be significantly larger than standard trickle and through-wall ones. Vents of this size are more commonly used in the education and commercial office sectors, which – for air quality – require much greater ventilation rates throughout the year than a typical residential dwelling.

To demonstrate compliance with the required noise levels, the vents needed to be tested and meet specific acoustic requirements. These were specified as element normalised level differences (Dn,e), the same parameter used for trickle vents.

Swirles Court is a traditional student accommodation block, consisting of 325 en suite rooms and shared kitchen and dining facilities. The attenuated vents are located to the side of the windows and have a patterned, perforated metal finish. Behind the panel is a weather louvre, then the attenuation. The opening and closing of vents is via a simple manual damper, which can be operated as if it were a window, under the occupant’s control. External solar shading is included on the south-facing façades, with provision for fitting to the other façades

The vents were sized to give two air changes per hour (20 L.s-1) for the one-person bedrooms and two attenuation specifications were provided, depending on external noise levels.

The same ventilation strategy was included in all rooms – even when the noise levels were suitable for open windows – as they offered a safer, more secure option for night-time ventilation than opening windows.