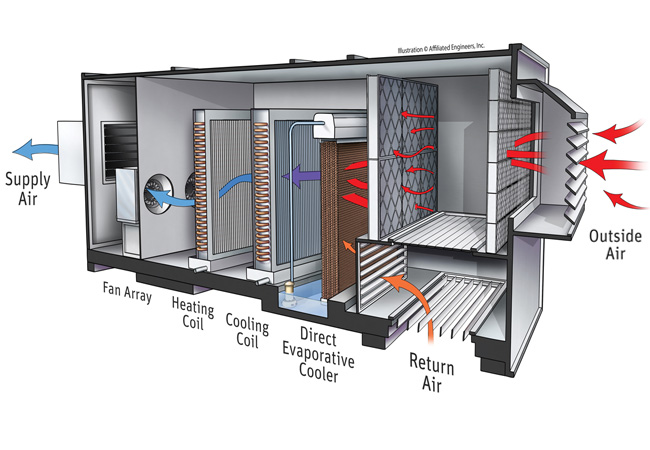 With an increasing interest in the use of refrigerants with a low global warming potential (GWP), engineers are looking to nature’s refrigerant – R-718, better known by its chemical formula, H2O.

Evaporative cooling is not a new concept; its use in buildings can be traced back thousands of years. However, renewed interest is spurring innovation in evaporative-cooling technologies. This article will discuss some of these and their applications, with a focus on direct and indirect evaporative cooling. 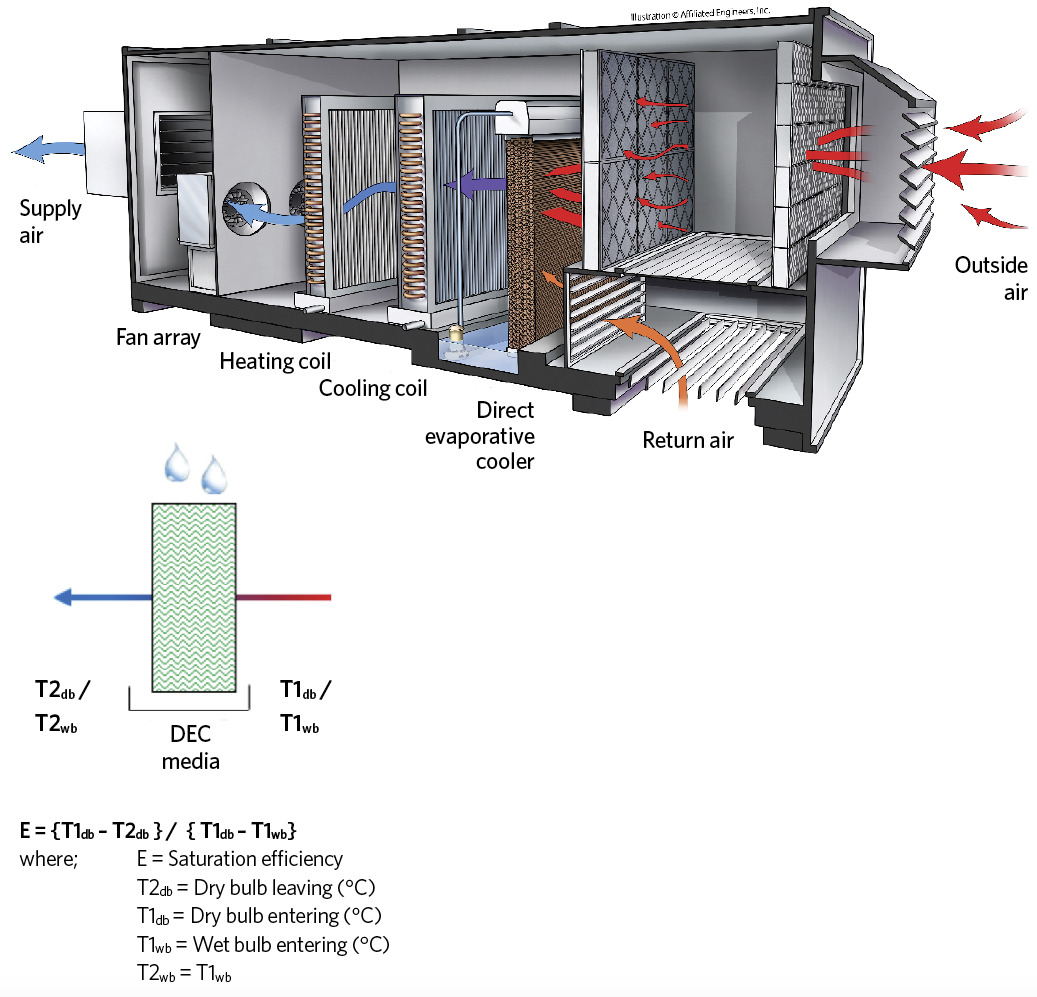 The effectiveness of evaporative cooling is largely dependent on the climate in which it is being considered. Hot, arid climates are the obvious choice for its use, whereas humid climates will limit its effectiveness. In favourably mild climates, evaporative-cooling technologies have the potential to replace vapour-compression cooling systems. However, for most suitable climates it will need to be supplemented with some form of mechanical cooling.

Direct evaporative cooling (DEC) – the process of adding moisture directly to an airstream and allowing the latent heat of evaporation to cool the air – is typically achieved using a wetted medium installed in an air handling unit. This method is generally preferred to spraying water into the airstream. 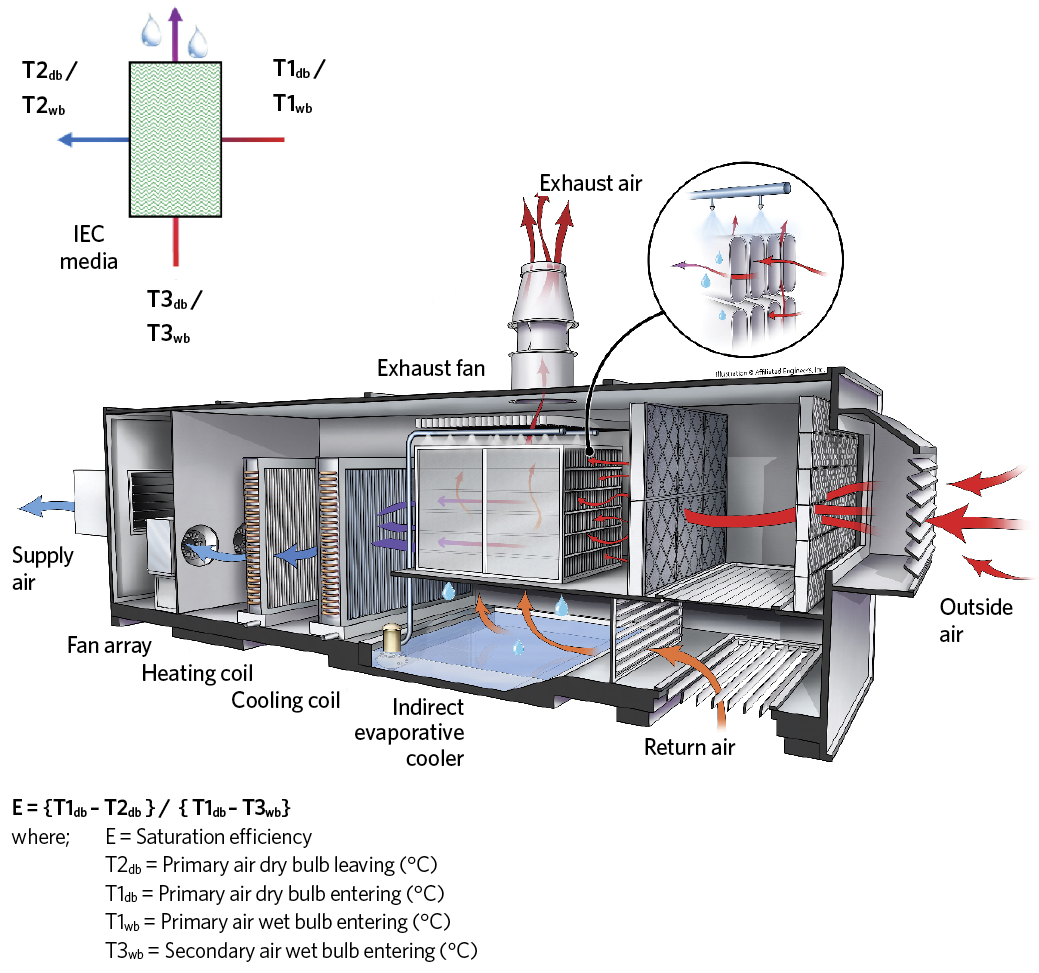 The advantage of indirect over direct evaporative cooling is that no moisture is added to the primary airstream. The disadvantage is that it is less efficient at cooling because of the added heat-exchange process between the primary and secondary airstreams. Indirect evaporative cooling is more suited to building types where humidity control is required – for example, a laboratory. 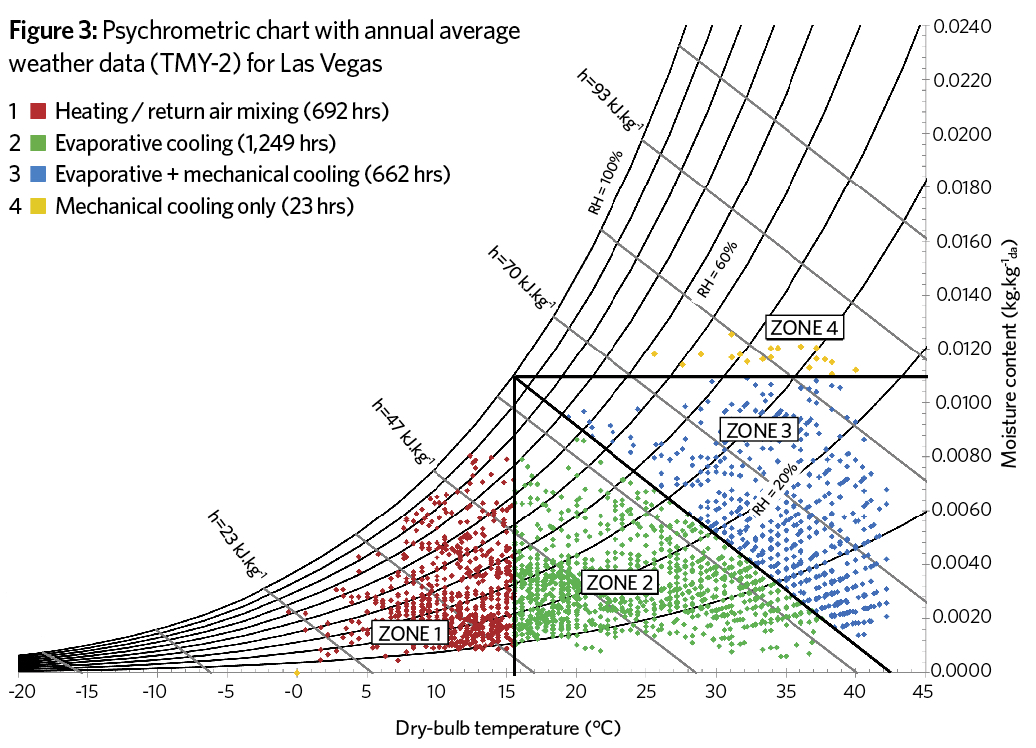 Both systems (direct or indirect) or a combination of the two (indirect/direct) offer significant potential in the right climate to save cooling energy. Energy savings are achieved either by eliminating the need for mechanical cooling, or by extending the range of economiser hours – to reduce chiller operating hours – and reducing the mechanical cooling load.

The case for evaporative cooling has been evaluated for direct, indirect and indirect/direct technologies in three distinctly different climates – London, Las Vegas and Hong Kong . The analysis assumes an office building with a typical occupancy profile and a central variable air volume (VAV) system to condition the building. Additional fan power (parasitic losses) are accounted for in the analysis. 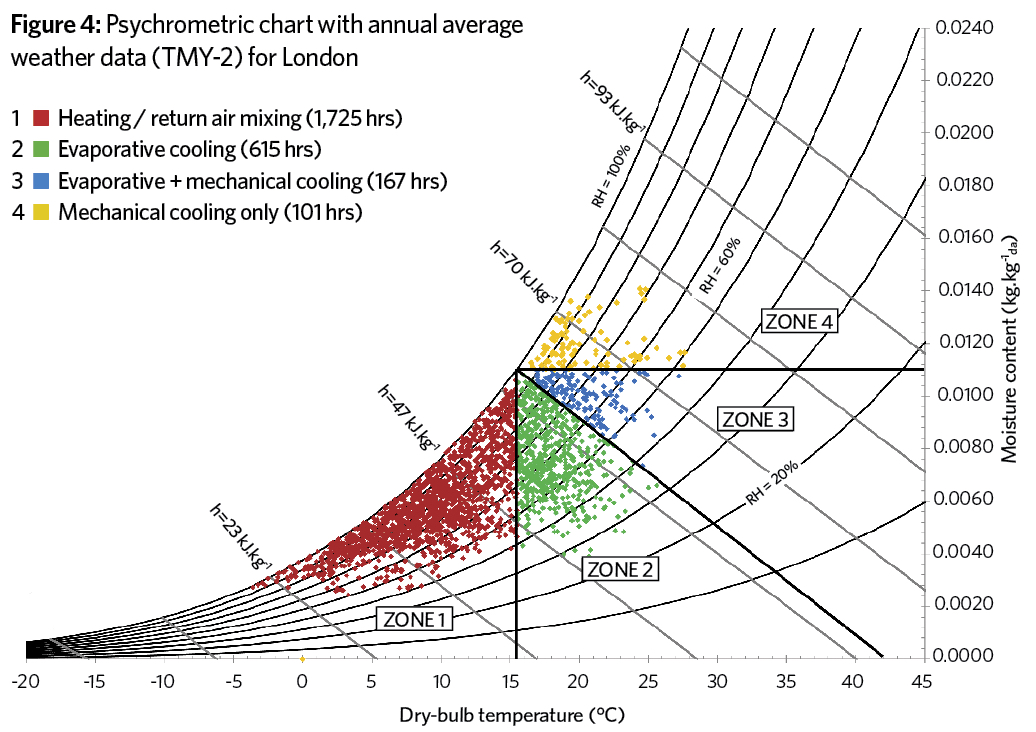 Weather data for London in Figure 4 demonstrate some clear opportunities for evaporative cooling (Zones 2 and 3) with only a small proportion of hours in Zone 4. 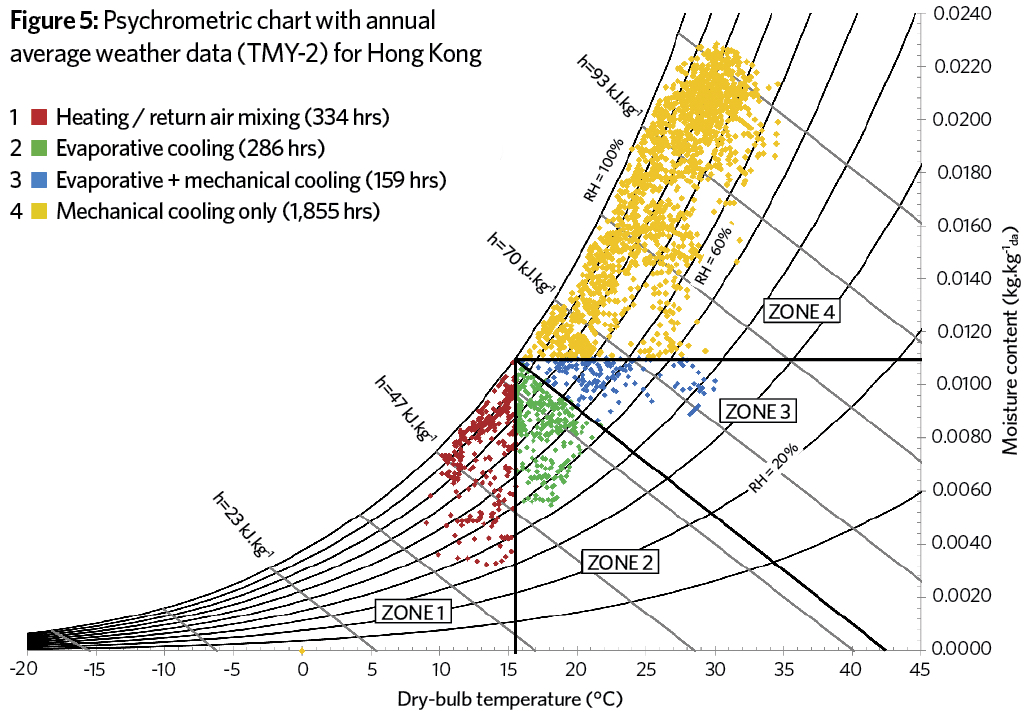 Finally, Las Vegas – a desert-like climate – demonstrates substantial savings in cooling energy, with an indirect/direct evaporative solution offering as much as a 79% saving over the baseline.

There are some standard assumptions embedded in the analysis above, including the depth of wetted media (200mm) and configuration of the components within the air handling units. Both are variables that can be configured to optimise the system performance. For example, increasing the depth of the wetted media will increase the saturation efficiency and, therefore, the evaporative cooling effect. However, with increased media depth comes increased pressure drop, resulting in higher fan energy. 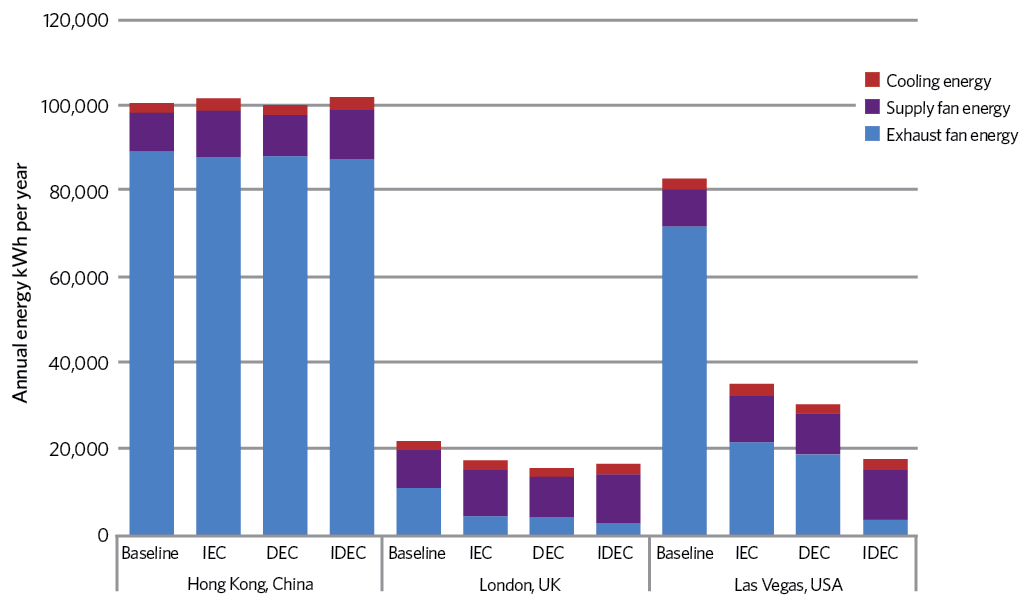 The depth of the wetted media should be studied on a case-by-case basis to optimise for overall energy performance.

In the case of Las Vegas, the state of Nevada gets most of its electricity generation from hydro-electric power – think Hoover Dam. The evaporation losses from hydro-power and, to a lesser degree, fossil-fuel power plants, are such that every kWh of energy consumed in Nevada uses 27 litres of water at the source.

The above is an extreme case – and in many other examples of evaporative cooling there will probably be an increase in water consumption – but it draws attention to the importance of looking beyond the site metrics in any study.