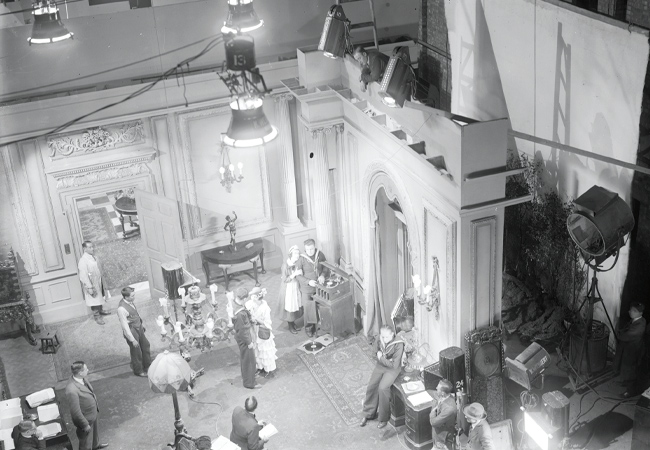 Film studios were developed in the early decades of the 20th century, in part to offer shoots a degree of protection from the vagaries of the weather. British film-makers, however, found that studio-based production was not a solution to all their weather-related problems.

Located, for the most part, in London, the British film-production sector had to contend with that city’s most notable meteorological occurrence: fog. The heavy, industrial-era fogs of the Victorian period – known as ‘pea soupers’ or ‘London particulars’ – formed when moisture in supersaturated air (for example, mist) condensed on particles of largely man-made smoke, and persisted well into the 20th century. They were most problematic during the winter ‘fog season’, which lasted from November to March.

Film producers found that fog worked its way inside the studio, where it disrupted shooting. Even a light fog was visible to the camera – more so than to the human eye – and it was not unusual to lose whole days of filming, and significant amounts of money, to fog. A solution needed to be found if the industry was to remain operational all year round and compete with films made in other countries. Some producers decamped to warmer, clearer climes in the winter, with the French Riviera proving particularly popular. As one director grumbled in 1922, Britain’s winter climate meant that, for months each year, ‘British pictures can be produced abroad better than they can be in Britain’.

Particles of pollution remained in the air even after the water had evaporated. These were visible to the camera, so studios were compelled to clean the air

Technological solutions were sought that would permit production to continue closer to home. Heating the stages reduced the relative humidity of the air and prevented water vapour condensing into fog. It also had the effect of evaporating fog that entered the studio from outside.

The Whitehall studios, at Elstree, boasted an underfloor heating system − 90 pipes of 2in (50mm) diameter – which prevented fog from interrupting filming. Together with the heat given off by powerful electric lights, this could make studios extremely hot, and when Chu Chin Chow (1934) was made at Islington, some technicians worked in a state of near undress.

London’s industrial fogs also contained particles of pollution, however, that remained in the air even after the water had evaporated. These were visible to the camera, so studios were compelled to clean the air that entered, and then circulated around, their production spaces. Various solutions were proposed, including pressurising the studio environment to prevent fog ingress, and using a direct current brush discharge ioniser to ‘bring down soot particles’. This latter idea was never implemented, probably because, as one trade paper noted, such equipment was ‘not altogether without effect upon human beings… Drowsiness and nervous symptoms are believed to be sometimes brought on by it’.

More effective, and safer, were air conditioning systems, the first of which was installed at the Famous Players-Lasky studios in Islington – a location described as ‘the very worst position for fog in the whole of London’. When the studio opened in the spring of 1920, high- and low-pressure coils were installed on opposite walls of the stages to move foggy air towards the roof, where it was expelled by an exhaust fan. Initial tests found that, even when the fog could not be dispersed entirely, it could be raised to a height of 15 feet (4.5m) above the floor, allowing production to continue underneath.

The system proved unable to cope with heavy fogs, though, and 20 days were lost during the studio’s first year. Consequently, a new system was installed. Designed by W E Riley – who, as London County Council’s chief architect, had helped design the London Underground’s ventilation plant – and S L Groom, of the Carrier air conditioning company, the system consisted of an air washer that circulated up to 3.5 million cubic feet of air per hour (27.5 m3s-1). It drew air from outside and washed it to remove airborne particulates.

The spray water was from the water company’s mains, at a temperature of around 35°F (2°C), and reduced the air to close to its dew point, 100% saturation. This cooling process removed moisture from the air, which was then reheated to prevent condensation by counterintuitively employing a spray washer. This ensured a comfortable working environment. The system was automated to maintain reasonable conditions inside the studio as weather conditions and internal loads varied. 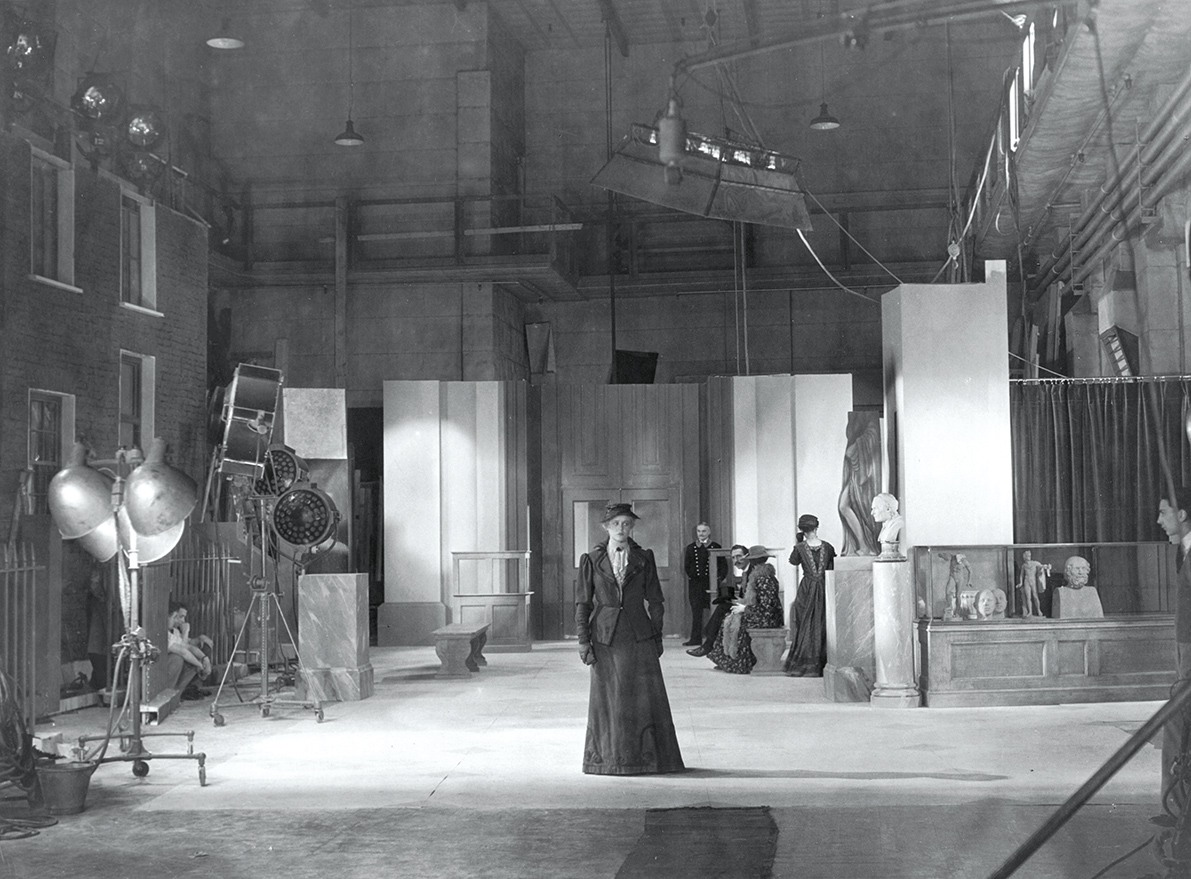 In Shepherd’s Bush in 1927, the Gaumont-British studios were fitted with plant that extracted impurities from the air by means of fabric filters – a process that was developed by engineering firm Hall & Kay for use in Lancashire cotton mills. Gaumont-British had first encountered it while filming Hindle Wakes (1927) on location in Manchester. So effective was the Hall & Kay plant that the company boasted, in December 1930, that not a day of filming had been lost to fog since it had been installed.

From the early 1930s, the British film industry trade press carried fewer reports detailing the technical specifications of fog-dispersal plant, assuming that its readership was already familiar with such equipment. Continuing an earlier trend, new studios were erected outside the London ‘fog zone’ – at places such as Denham and Pinewood – and the importance of air clarity to the production of high-end productions meant these were also fitted with fog-dispersal plant.

A combination of fewer fogs, the installation of air cleaning equipment, and the construction of new studios in less fog-prone areas meant reports of disruption by fog became fewer and further between as the 1920s and 1930s progressed.

Given the efforts to which British film-makers went to keep fog out of the studio, it is ironic that numerous types of artificial fog were developed for use in the production of British films. To capture London as it actually was and as it existed in the cultural imagination (Peter Ackroyd has claimed that the London fog became ‘the world’s most famous meteorological phenomenon’), filmmakers often included fog in their production design, seeking a replacement that looked like the real thing, but that was more biddable and photogenic. 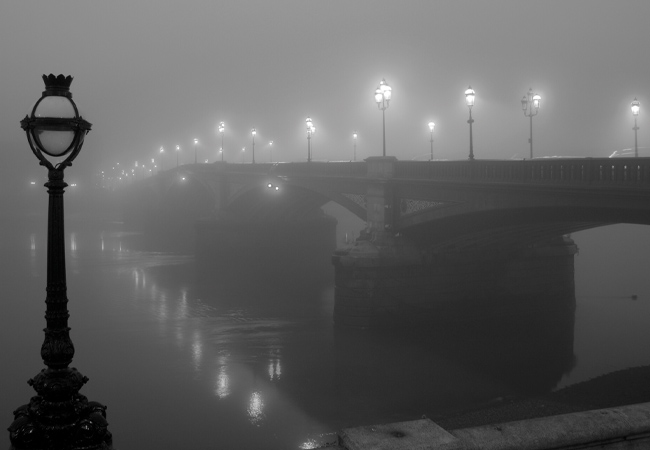 The techniques used to create artificial fogs evolved from bonfire smoke controlled by blankets via steam and the application of filters or chemical solutions to the camera lens, to the vaporisation of diesel and increasingly sophisticated chemical fogs, with some technologies being imported from other countries. Three kinds of synthetic fog were used during the filming of Rent the luck of the sailor in 1934. Fake fog, like the meteorological phenomenon it mimicked, could also be injurious to health. Actors found that it irritated their eyes, noses and throats, while some crew resorted to wearing gas masks to counter its effects.

The fogs that plagued London into the mid-20th century became far less of a problem as a consequence of clean air legislation, suburbanisation lowering population density in the centre of the city, and electrification of houses. However, although London’s manmade fogs have now cleared, their impact on the geography and mechanical plant of film-making in Britain remains clear. As clear, in fact, as the air of the stages in which so many British films were shot. 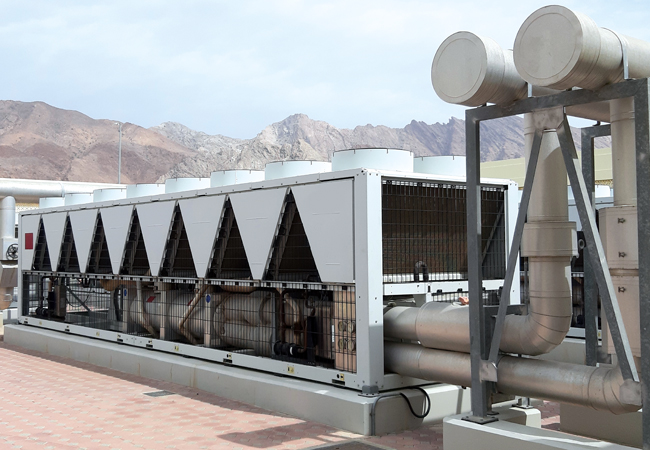 How desalination affects chiller energy use in the Middle East 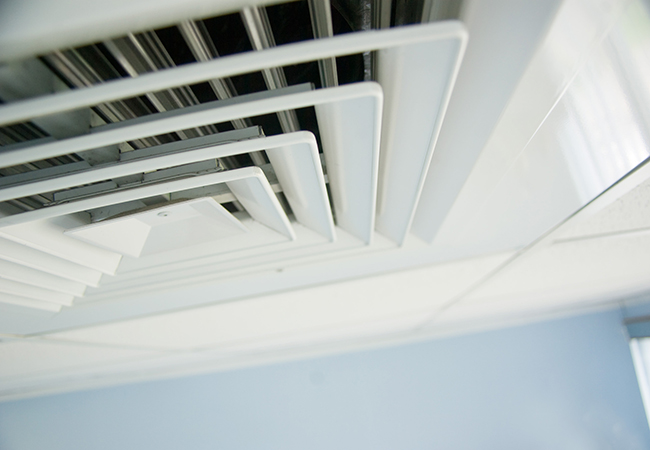 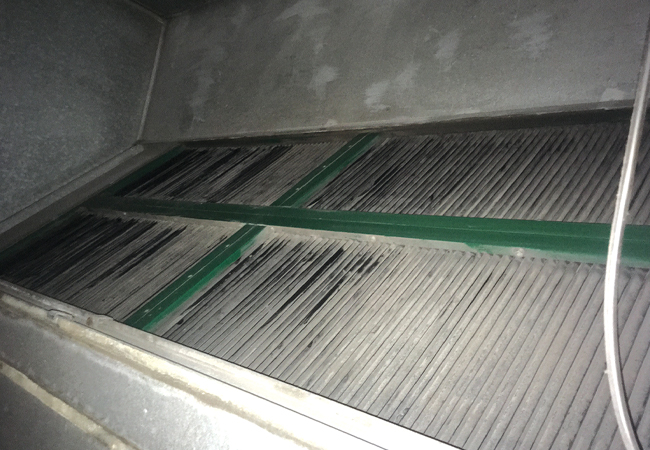 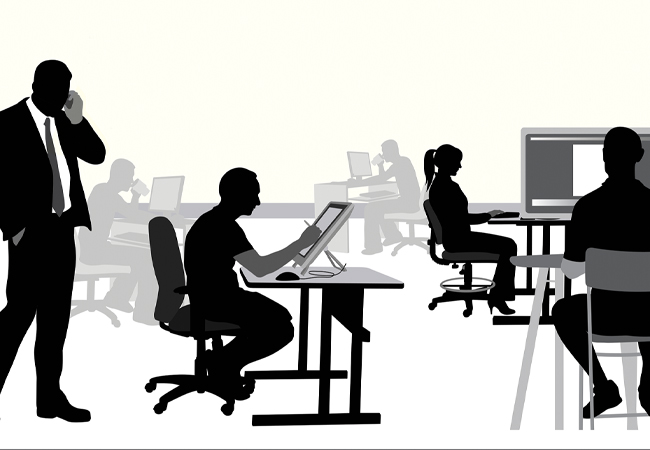