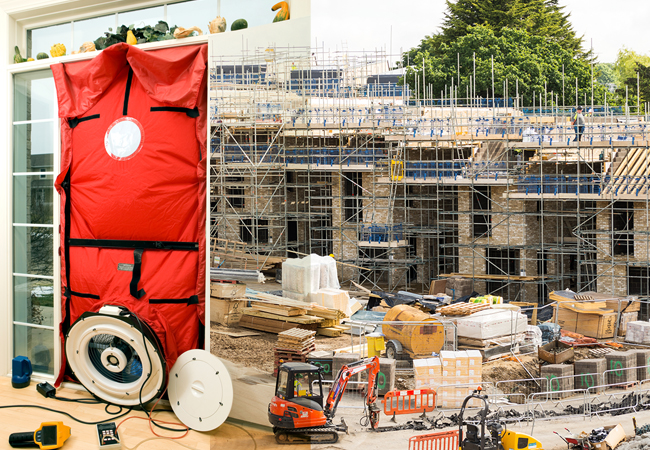 One of the key recommendations in Dame Judith Hackitt’s report on building regulations, after the Grenfell Tower fire, was the integration of regulatory guidance for different building systems.

She recommended an over-arching Approved Document that ensures there are no conflicts between the different sets of guidance. Approved Documents designed in isolation had, Dame Judith said, led to situations where changes are made to one aspect of a building ‘without sufficient consideration of the secondary effect’.

In December, the government announced its Hackitt Implementation Plan and, in paragraph 2.36, revealed that it would carry out a joint review of three Approved Documents: Part L (Conservation of fuel and power), Part F (Ventilation) and Part M (Access to and use of buildings).

That a siloed approach to one building regulation can lead to an unintended consequence for another was made clear in a UCL paper that examined the relationship between airtightness (Part L) and ventilation (Part F) in new UK dwellings.1 The research, which included analysis of almost 200,000 airtightness tests, indicated that homes with mechanical ventilation with heat recovery (MVHR) were using more energy than necessary. It found that developers were adhering to Part L and Part F, but – as these regulations are only loosely linked – they allow mechanical ventilation systems to be installed in dwellings with air permeability that is too high to get optimal performance from the ventilation.

The paper looked at the relationship between airtightness (designed and measured) and the ventilation strategy – in the regulations and in practice. A regulatory airtightness test has been present in the UK since 2006, and requires a design air-permeability target be set for a building, which is tested at completion. Regulations only need a sample be tested, but data indicates that three-quarters of new dwellings are tested, according to the researchers.

Figure 1: Design and measured air permeability for dwellings in the ATTMA dataset

The study data was obtained from the Air Tightness Testing and Measurement Association (ATTMA), one of two competent persons schemes for airtightness testing in the UK, which created a mandatory lodgement scheme for air permeability tests in 2015. Researchers were given 192,732 test records collected from August 2015 to December 2016. These comprised the pressure test results in m3·h-1·m-2 at 50Pa, plus other data, including the air permeability design target and adopted ventilation strategy for each building.

The latest paper focused on the design targets and their relationship to the ventilation strategy, which were predominantly natural ventilation (86,678 samples), MVHR (36,906) and mechanical extract ventilation (15,543).

It found that there was little difference between the design airtightness for each ventilation strategy, and that 73% of MVHR homes have design airtightness >= 5m3·h-1·m-2 at 50Pa, which is regarded as too leaky to get the most out of the MVHR system. ATTMA documentation suggests there should be a difference of 2-3m3·h-1·m-2 between good practice MVHR and naturally ventilated dwellings. By contrast, the analysis of ATTMA data showed that MVHR homes had air permeability only 0.46m3·h-1·m-2 lower than naturally ventilated dwellings. 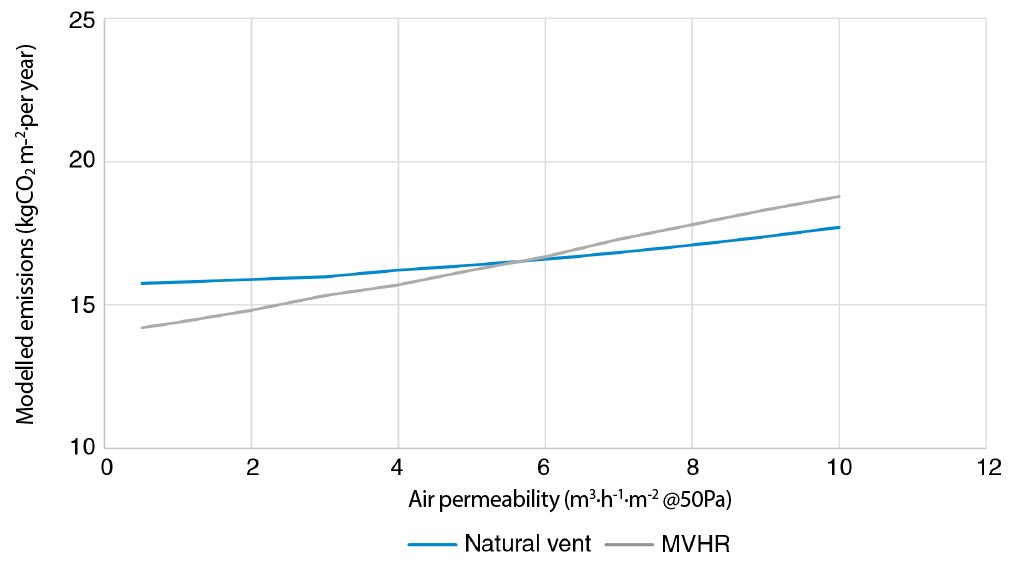 Figure 2: Carbon emissions for an example dwelling at different air permeabilities and with different ventilation type

Natural ventilation strategies would be expected to have higher design air permeabilities, say the researchers, so that infiltration through the building fabric can be combined with trickle vents and intermittent fans to supply adequate fresh air. MVHR systems would be expected to be used in more airtight buildings, with the mechanical ventilation system providing the majority of fresh air supply to the dwelling. A leaky building would mean energy being wasted, heating more incoming air than necessary.

There are a few reasons for this, according to the researchers: greater electricity use as more incoming air than needs to be is heated; and, possibly, air flowing through the wrong paths in the home.

Analysis of the tests revealed that 17% of naturally ventilated dwellings have design airtightness below five. This is permitted in the regulations, subject to sufficient extra trickle vents, but the researchers question whether this is leading to sufficient air quality.

The study looked at the impact of air permeability on modelled CO2 emissions with different ventilation strategies. Figure 2 shows the calculated CO2 emissions for a typical-sized mid-terrace house with either MVHR or natural ventilation. Using the most common design air permeability in the ATTMA dataset for dwellings with MVHR, it was calculated that there would be an annual CO2 saving of 6% for a design target of 3m3·h-1·m-2. A target of 1m3/m2.h would save 11% of annual CO2. If the building met Passivhaus standards, 0.5m3·h-1·m-2, there would be CO2 savings of 12%.

The study also looked at the consequence for buildings that failed to meet their design targets. If the design air permeability is increased from 5 to 10m3·h-1·m-2 – the maximum allowable under regulations – it leads to an increase of 18% and 8% for MVHR and natural regulation respectively. Using MVHR in a building with leaky fabric has fairly serious consequences in terms of CO2 emissions, say the researchers.

A 2017 study2 of the ATTMA test results by the paper’s authors found evidence that a proportion of homes was being made airtight while being tested, as there were very precise achievements of targets for a high number of dwellings (see Figure 1). ‘This suggests the existence of a combined process of sealing and measurement, where sealing can stop as soon as the design target is reached,’ said the authors. The ATTMA test standard places strict limitations on the amount of sealing that can take place during a test.

To align air permeability more closely with ventilation strategies within the regulations, the authors made a number of suggestions. One requires builders to commit to a design airtightness range, before directing them to an appropriate ventilation strategy for any given airtightness. The authors say specifying a range for air permeability offers flexibility in the design and construction process.

A more radical approach, says report author Jenny Crawley, is to follow the European approach of making the fabric as airtight as possible and putting in mechanical ventilation. However, the study cites research that shows the low air permeability required for MVHR to work well is often challenging in the UK because of issues around installation, commissioning and performance.

The government’s commitment to look at Building Regulations more holistically has been welcomed by CIBSE’s technical director Hywel Davies: ‘It allows ventilation and airtightness to be considered in a systematic way, as well as allowing us to consider how ventilation delivers reasonable air quality in occupied spaces.’

2 Love J, Wingfield J, Smith A et al, Hitting the target and missing the point: analysis of air permeability data for new UK dwellings and what it reveals about the testing procedure, Energy Build 2017