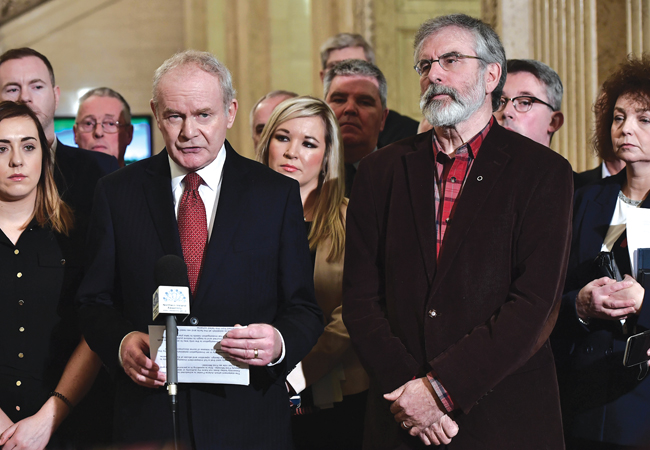 Businesses that receive subsidies from Northern Ireland’s Renewable Heat Incentive (RHI) – which brought down the power-sharing government, prompting fears that the peace process could collapse – may be named publicly.

The RHI was launched by First Minister Arlene Foster, of the Democratic Unionist Party, in 2012, and is now set to cost taxpayers almost half a billion pounds. McGuinness said the scheme was flawed and open to abuse.

Hamilton has written to those in the non-domestic RHI scheme, indicating his desire to publish their details.