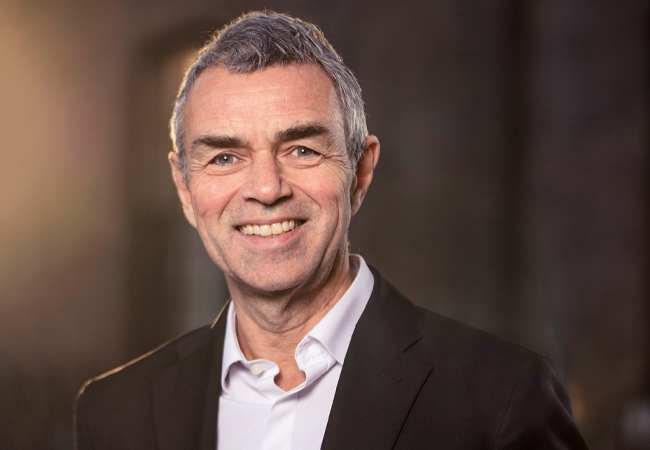 The Net Zero Carbon Buildings Standard (NZCBS) is an ambitious cross-industry initiative that aims to provide a single agreed definition and methodology to determine what constitutes a net zero carbon building.

It will set out performance targets and limits for operational and embodied carbon emissions in new and existing buildings, which will align with the UK’s 2050 net zero targets.

The development of the standard, which will apply to new and existing buildings, is being developed by a partnership of professional bodies: CIBSE, RICS, Institution of Structural Engineers, UKGBC, LETI, RIBA, the BRE Trust, the Carbon Trust and the Better Building Partnership. By March next year, 300 industry experts from these institutions will be working on the standard through various task and sector groups.

Last month, the NZCBS group launched a call for evidence to help inform and guide the development of the standard. It wants consumption data from existing buildings, modelled performance data for buildings in design or construction, and embodied carbon data from both new construction and retrofit projects. The data will enable the NZCBS development team to understand the benchmark for energy performance, and what current and future best practice might look like.

There are myriad initiatives to try to cut down CO2 emissions, but without a common standard forged and agreed upon, these uncoordinated initiatives risk sowing confusion among stakeholders and, at worse, allow some to greenwash their assets

Related Argent chair David Partridge is chair of the governance board overseeing the development of the standard, to ensure it is technically and philosophically robust and fit for purpose. The board will engage with all parts of the built environment sector to encourage universal adoption of the standard.

‘It’s really important that we come together as an industry to agree a standard that everyone can be held to,’ says Partridge, who was a key speaker at CIBSE’s Build2Perform conference at London’s ExCeL last month.

‘There are myriad initiatives to try to cut down CO2 emissions, but without a common standard forged and agreed upon, these uncoordinated initiatives risk sowing confusion among stakeholders and, at worse, allow some to greenwash their assets.’

The governing board will engage with all parties in the property industry that don’t necessarily work with engineering professionals, such as investors, lenders, funders, insurers and construction teams.

‘The group behind the Net Zero Carbon Buildings Standard are essentially from professional design backgrounds,’ says Partridge. ‘What we didn’t have was those owning, developing and constructing the real estate. They are the critical stakeholders and the ones who will be using the standard. We can design like mad, but if other stakeholders don’t buy into the standard, it will be left on a shelf.’

Partridge adds that the standard must align with stakeholders’ reporting and environmental, social and governance verification systems, and be in their economic interest: ‘The technical side must be robust, but we mustn’t overlook the market’s ability to verify and certify the standard.’

Partridge is the former chairman of UKGBC, immediate past president of the British Property Federation and sits on the Construct Zero advisory board of the Construction Leadership Council. He was recently presented with the President’s Award by the British Council for Offices in recognition of his significant contribution to the property industry over more than 30 years. Partridge believes it is this background that makes him a good fit as chair of the NZCBS governance board. ‘I know the language they speak,’ he says.

As the managing partner and now chair at Argent, Partridge helped drive the regeneration of King’s Cross in London, which always had sustainability at its heart. King’s Cross declared itself a carbon neutral development in November 2021, thanks to having energy efficient buildings, switching to renewable gas and electricity, and offsetting the embodied energy in buildings and operation through carbon credits from independently verified global projects.

‘We must stop burning gas now, have net zero in operation, and start reversing the clock on all the carbon we’re emitting,’ says Partridge. ‘That’s huge in the construction industry. We have to start taking carbon out.’

He is particularly keen to see a robust verification process for carbon offsets to mitigate the residual carbon that cannot be avoided on projects. ‘You shouldn’t need operational energy offsets, but you will need to offset the carbon from the building process,’ he says.

To account for his own family’s carbon emissions over the next 100 years, Partridge has taken control of his offsets by buying a 25-acre wood in Norfolk, while King’s Cross has pledged to plant 600,000 trees as part of its net zero goal.

We must stop burning gas now, have net zero in operation, and start reversing the clock on the carbon we’re emitting

‘If the standard can get you to a place where the offsetting is verified properly, and transparent, that’s the holy grail. A tonne of offset carbon must be a true tonne of carbon,’ he says.

Partridge believes there will still be plenty of work to do once the standard is established. ‘We must ensure it remains operational and current, and the governing board will make sure the standard is sustainable and has a life beyond the development and delivery process,’ he says.

‘We have to make sure it sticks and becomes embedded in Building Regulations or planning permissions, in the same way Breeam has.’

For the industry to work to a net zero carbon standard, it will be necessary to upskill the workforce, says Partridge. ‘There’s no point having a standard if we can’t deliver it,’ he says. ‘‘Upskilling is a massive challenge. That’s why I’m working closely with the Construction Leadership Council. I don’t think our work stops when the standard is in place.’

Partridge is highly optimistic that the standard will be widely adopted. ‘I don’t think there will be any market resistance. Everyone is crying out for something,’ he says. ‘If everyone knows they are measuring equally, then it will be fair. There will be no more greenwashing.’

The standard will not be prescriptive, adds Partridge – designers can choose any approach as long as they meet the limits and targets for their sector building. ‘We’re not saying how you should do it. That’s up to the market. If we can measure accurately what you are emitting through those activities, the market will work out what technology is required.’

He believes it will be a no-brainer for government to embrace the standard: ‘If we say everyone supports it, it’s likely that the government will rally around and adopt it.’

For more details on submitting operational and embodied energy data, visit www.nzcbuildings.co.uk The deadline for submission of data is 16 December.