Gas consumption has decreased in schools because of improved building fabric, but electricity consumption has increased, and is generally attributed to greater use of information and communications technology (ICT) equipment1 and associated comfort cooling. For new build schools, ADL2A gives guidance on measures to avoid cooling fighting heating.2 However, this is often not possible in existing builds, where air conditioning is retrofitted into computer rooms sited in larger, wet central heating zones.

This report considers four methods available to existing schools to minimise increased energy consumption resulting from cooling fighting heating. It shows that, with careful planning, significant savings can be made at little or no cost and that, for schools, low energy hybrid thermal mixing (HTM) units are currently not a financially viable retrofit alternative to a traditional air conditioning unit. Research for the report was carried out at Parrs Wood High, a large state school in Manchester, and much of the data was collected by the student sustainability CO2 team.

Simultaneous cooling and heating occurred in 12 (7.5%) classrooms, each of which has a split air conditioning unit under full occupant control (in total, 30kW of electrical power). The building is divided into heating zones, each with seven rooms, a zone-thermostat in one of them. Typically, one or two of these rooms have been converted into computer rooms, increasing each room’s peak cooling loads by around 1.6kW. This has caused them to overheat not only in summer, but also in winter, when the heating was on and occupants turned on the air conditioning.

Turning the heating down wasn’t an option, as the other rooms in that zone would be underheated. Thermostatic radiator valves seem an obvious solution, but they are easily tampered with and, to date, we have not found any that are robust enough to survive in a school environment.

Cooling fighting heating was minimised in two ways. First, occupants were stopped from using excessively low air-conditioning setpoints. As the heating was set at 20°C, the cooling setpoint was limited to no lower than 21°C.

Second, the operating times of air conditioning were minimised. An analysis of the main-school computer rooms showed that, during occupancy hours, they were empty for 25% of the time because of ‘free periods’ and lunchtimes. Use of a run-on timer reduced waste operation caused by units running when rooms were empty. The run-on time and set point were limited by using the password-protected features of the room controllers  – although, in a few instances, older controllers did not have these features, so the units were time-limited by installing an occupation sensor in the room, at a cost of about £100.

The operating times of the air conditioning units were monitored using low-cost data loggers, and the operating times during occupancy were found to be reduced by 47% (400 hours) over the heating season – considerably greater than the target reduction of 25%. (There were further savings from the avoidance of overrun outside of occupancy hours, but these are not included here.) This equates to around 7,200kWh of electricity, giving annual savings of £792 and 3tCO2. A thermal comfort survey and monitoring of room temperatures showed no marked change in thermal comfort levels. 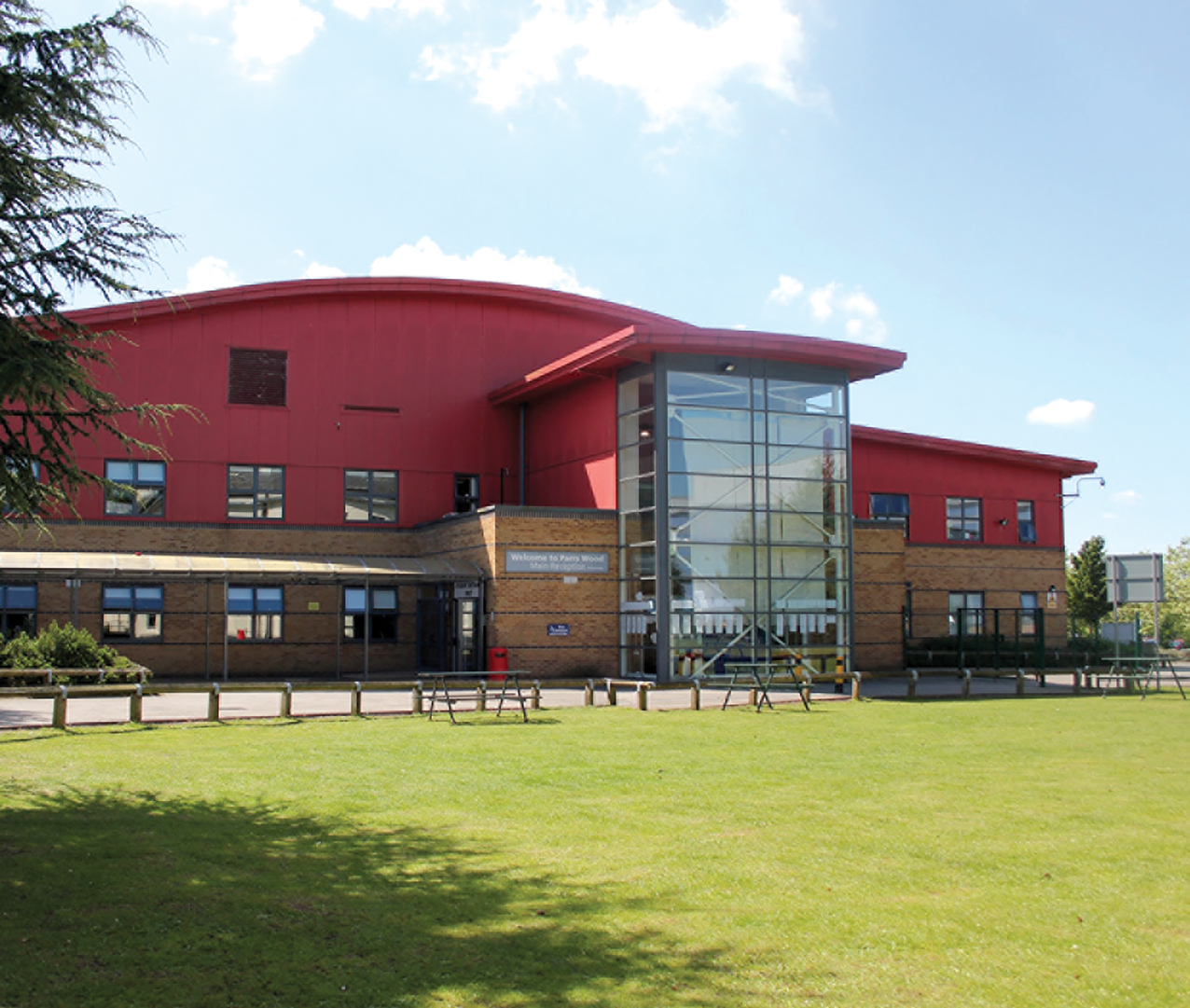 Heating distribution pipe and solar gains vary considerably between rooms, and a significant reduction in cooling load can be achieved by simply siting computer suites in rooms with low heat gains.

Rooms at the start of a zone have higher uncontrollable heat gains from higher-temperature distribution pipes with a larger bore and, typically, have only one radiator. Rooms at the end of a run have smaller-bore, cooler pipes and two radiators. So, a larger percentage of the heat – two radiators instead of one – can be turned off at the end of a zone run, offering a greater reduction in cooling load. (Note, this is not the case with self-balancing systems, where there are flow and return pipes at both ends of a zone.)

The distribution pipe heat gains at the start of a zone were found to be 1.8kW, but only 0.6kW at the end of a zone, a reduction of 1.2kW.

Total gains from ICT equipment were around 1.6kW, and can almost be offset by locating computer rooms at the end of a heating zone run. This assumes radiators can be turned off; if they cannot, because of broken or missing knobs (common in classrooms), it’s worth repairing them. Avoiding rooms with circulation pipes for DHW also helps, as these were found to emit about 1kW of heat all year round.

Solar gain is particularly high in the spring and autumn, and was found to be as high as 2.8kW in a south-facing room, but only 0.4kW in a north-facing one, so 2.4kW lower than the south-facing room. This means combined avoidable heat gains can reach 3.6kW. From the heat-gain model, the total average room gains were around 10kW, so the avoidable gains represent a significant proportion of the cooling load.

By siting computer suites in north-facing rooms at the end of a zone run, the need for comfort cooling can be reduced significantly, if not eliminated. In some instances, this simply means relocating the computer room to the opposite side of the corridor, so key services – such as intranet and power cables – are still available.

Method 3: Cluster IT classrooms into a single heating zone

If all rooms in a single heating zone are computer rooms, the heating in that zone can be reduced significantly, cutting the heat gain by, typically, 2.5kW. This has worked well in one heating zone, where cookery and computer rooms are clustered together. The heating warms the rooms on a cold morning, but the zone-thermostat shuts it off once other heat gains become significant.

Clustering all computer classrooms together does pose difficulties: each of the 10 subject faculties requires one or two such rooms in their area of the school. There would also be increased installation costs, as the majority of heating zones do not have enough spare fuse ways to support the additional 32A ring main required for each computer room. An additional distribution board would have to be installed and wired back to the main incomer.

After the launch of the Priority Schools Building Programme, the guidelines for thermal comfort in schools were reviewed in 20164 and the adaptive thermal comfort criteria of TM52 were adopted. The new guidelines aim to avoid overheating using low-energy solutions – a combination of natural and mechanical ventilation instead of mechanical cooling. Additionally, outside air should be premixed with room air to avoid draughts.5

As a result, several companies have developed hybrid thermal mixing (HTM) units that cool classrooms by mixing in outside air. Cooling results from increased air velocities and, as there’s no compressor to power, they are cheaper to run than traditional air conditioning. Unlike air conditioning, they are also intended for use with open windows. The guidelines apply to new schools, but a comparison was carried out to see if HTM units offer a viable, low-energy alternative in existing schools.

The costs of installing both types of cooling were assessed in two computer rooms: one on the ground floor, with easy access and a working height of less than three metres, and one on the first floor, requiring scaffolding or a hydraulic lift. HTM units channel large quantities of outside air into a room and need an air duct through the external wall that is considerably larger than the refrigerant feed pipes of a split air conditioning unit – in this case, 900mm by 300mm. Forming the opening and installing the outer cowling increases installation cost, especially at heights above three metres (see panel, ‘Cost of retrofitting HTM units’).

Compared with an air conditioning unit, the payback times are far longer than the 20-year life expectancy of the HTM unit. Additionally, for energy efficiency Salix funding, the payback times exceed the maximum of eight years and, at £338 per lifetime tonne CO2 saved, it exceeds the Salix criteria of £200 per tonne.

National trials of HTM units confirmed improved thermal comfort levels and reduced CO2 levels compared with natural ventilation and identified a ‘potential’ to lower capital costs. However, this was based on the reduction in building costs from avoidance of central AHU ventilation feeding large numbers of rooms,5 as opposed to the cost of retrofitting a single air conditioning unit. The trial report also expected maintenance costs to be lower for HTM units.5 However, maintenance contracts offered in this study were about the same price as for standard air conditioning. Some of our air conditioning units are 15 years old and have not required any mechanical repairs, only the annual service.

HTM units also work out expensive in rooms without wet central heating, such as new-build extensions. A heater in the HTM unit would need to be powered by electricity – which would be more expensive to run than a heat pump, as it would not benefit from a coefficient of performance – or it could be heated by a heat pump, which could be used on its own to condition the space, so would be the cheapest option.

When converting classrooms into computer suites in existing wet heating zones, the most cost-effective way of minimising comfort cooling costs is to use rooms with low heat gains. Use of a run-on timer and setpoint control is also good practice and can reduce the running cost of a 2.5kW unit by about 47% (£66) a year. Avoiding cooling fighting heating by clustering computer rooms into one heating zone is effective, but generally impractical because of other logistical considerations.

HTM units have several benefits and offer an excellent solution in new-build schools. However, the capital cost is currently prohibitively high and they incur greater installation costs when retrofitting.

Chris Baker is a science teacher and coordinator of the student CO2 sustainability team. c.baker@parrswood.manchester.sch.uk