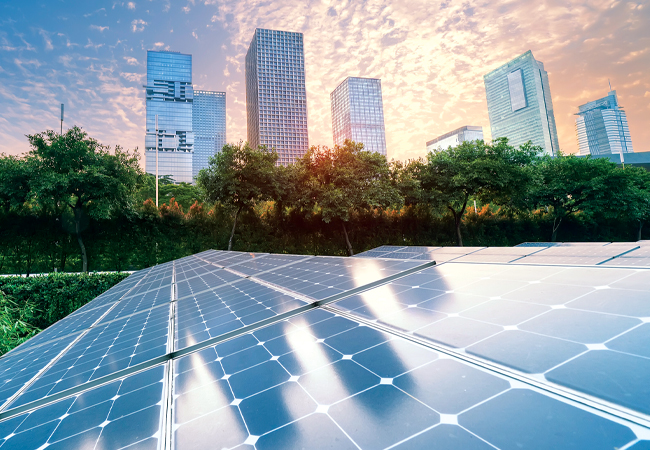 Clients are the biggest factor in determining whether building services engineers can design net-zero buildings to tackle the climate and biodiversity emergency, a new survey has revealed.

While client priorities are the biggest driver for net-zero buildings, the survey of signatories to the UK Building Services Engineers Declare also found that clients hindered change, with financial, time and resourcing constraints identified as the main challenges.

Of all the commitments laid out in the declaration, respondents said that the one concerning life-cycle costing, whole-life carbon modelling and post-occupancy evaluation was the hardest to achieve, with 32% saying it is currently impossible or hard to deliver. Encouragingly all respondents said their companies were able to raise awareness of the climate and biodiversity emergencies among clients, collaborators and supply chains. 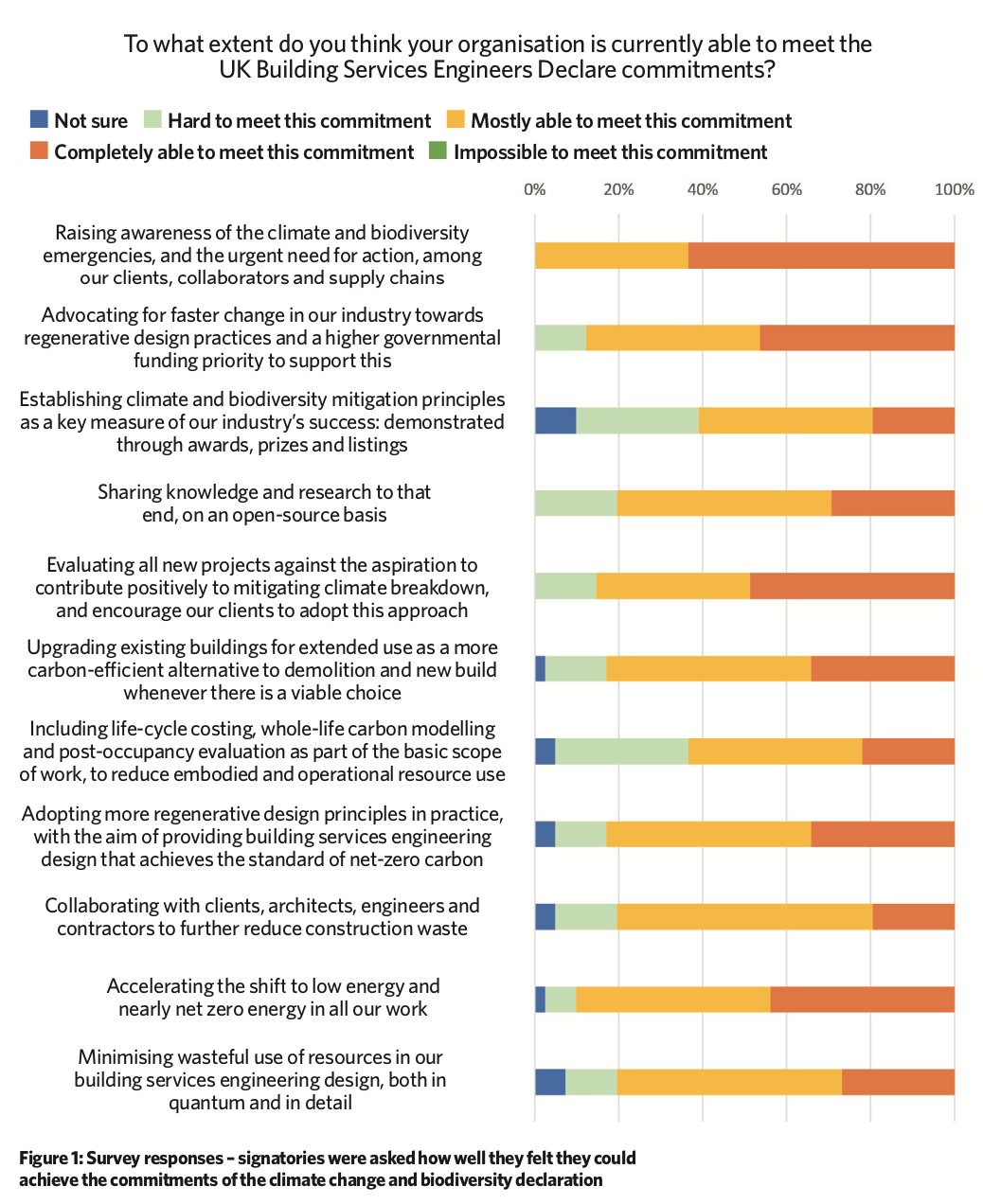 The Building Services Engineers Declare Climate and Biodiversity Emergency was established in 2019 as a platform through which firms and organisations could affirm their intent to advocate and act on net-zero carbon pathways, and tackle the climate and biodiversity emergency.1 There are now more than 95 signatories, including small and large consultancies and institutions such as universities. See ‘Engineers respond to the emergency’ in January 2021 CIBSE Journal.

Signatories of the UK declaration were invited to participate in the survey to gather information on how organisations are approaching the declaration, and how their business are dealing with the climate and biodiversity emergency. The survey ran for four weeks between February and March 2021, and was sent to the individuals responsible for signing the declaration on behalf of their organisations. In total, 49 responded.

On the whole, the responses were provided by directors, partners or owners of the organisations. Some key findings from the survey are outlined below: 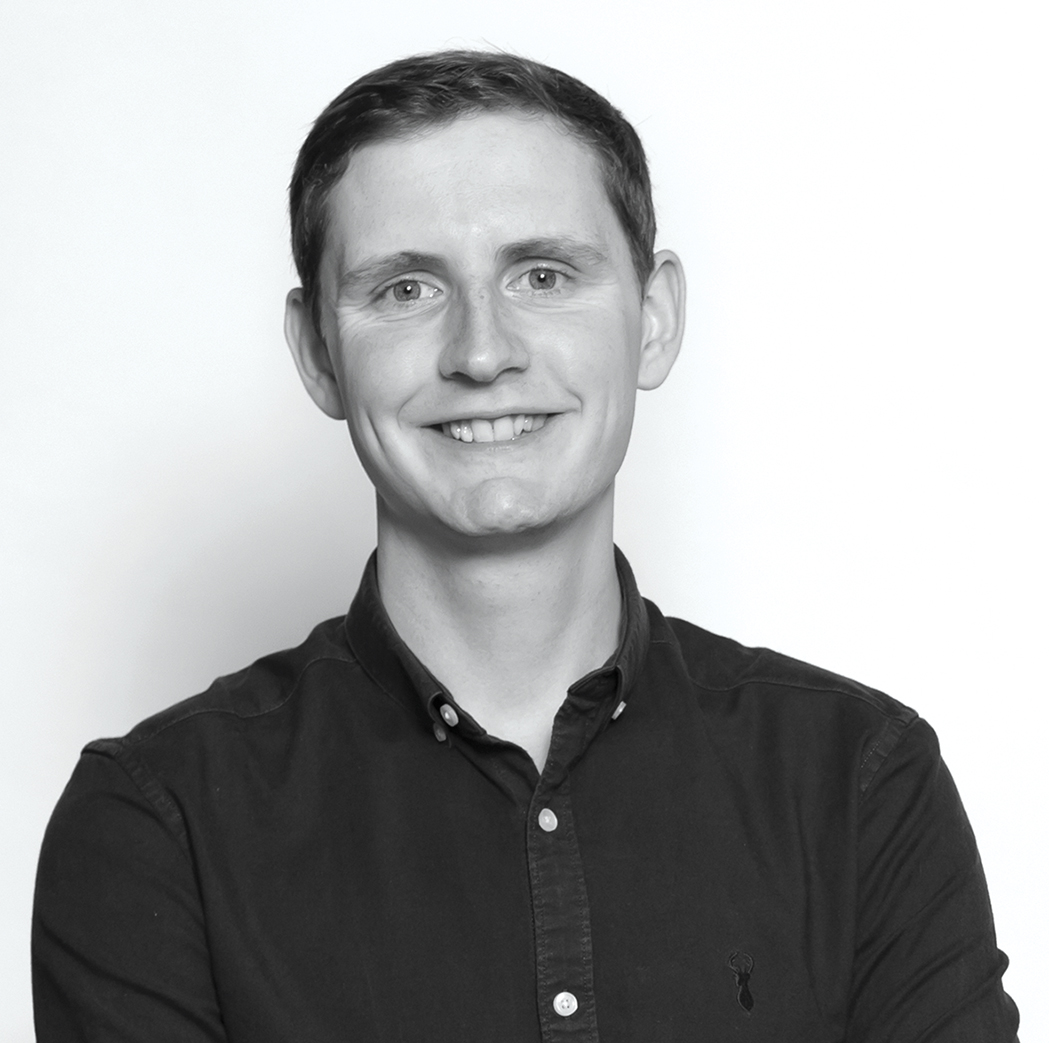 It’s encouraging that, even though a third of firms find it hard to include life-cycle costing, whole-life carbon modelling and post-occupancy evaluation in their basic scope of work, two-thirds of firms are able to do this.

For me, this shows a clear opportunity for the industry to pull together and share knowledge, so that we can learn from the strengths of others. Perhaps a key challenge will be to what extent we’re able to usefully share knowledge with competitors and I believe that the ‘declares’ movement provides a key way to enable this, by placing advocacy and knowledge sharing at the core of its purpose.

It’s also clear that knowledge sharing needs to extend beyond the building services engineering industry to reach clients and developers, whose priorities can be both the biggest driver and biggest barrier to delivering sustainable developments. 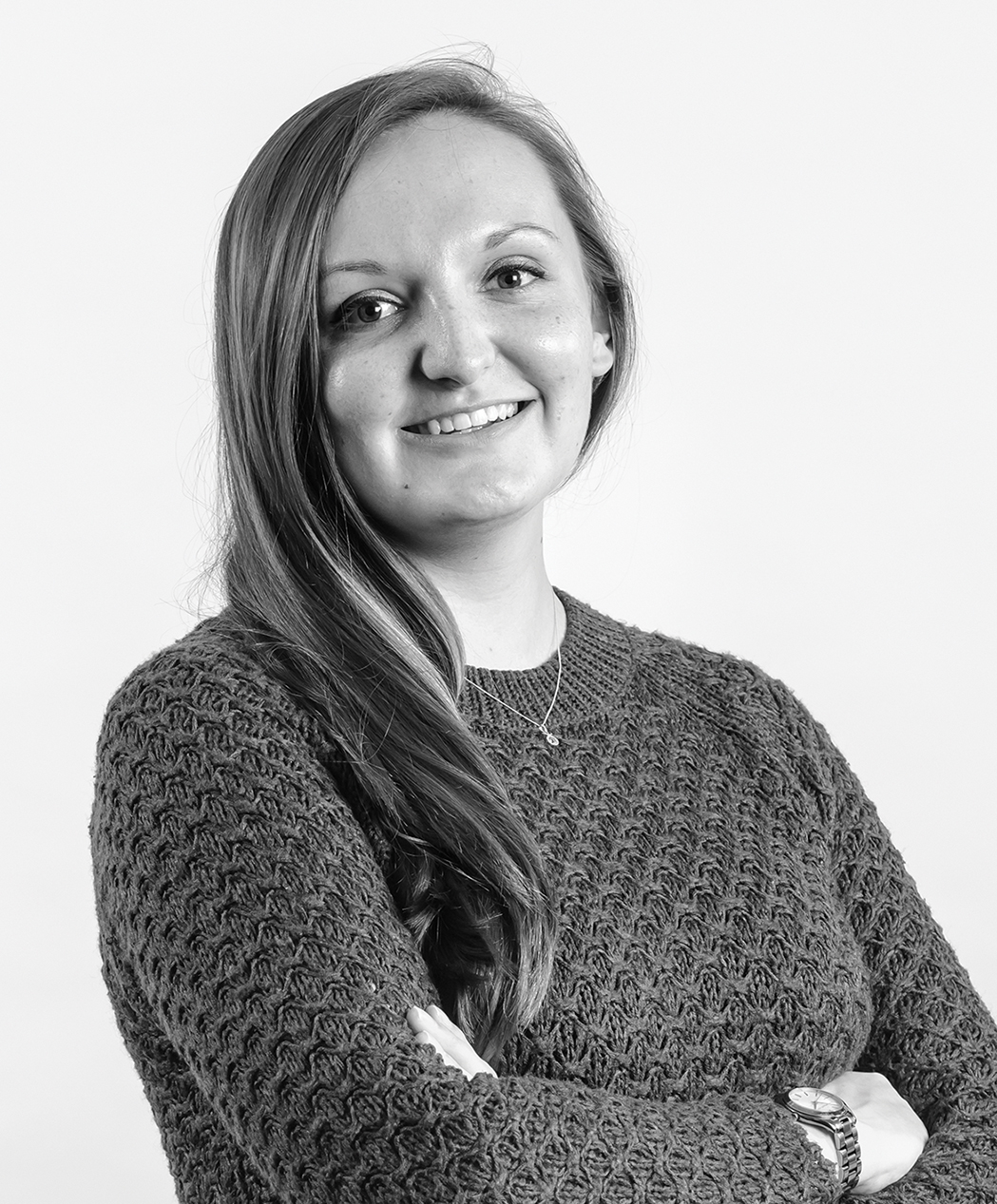 Hitting climate change head-on has always been something we need to do and, as a young engineer, I feel it’s apart of my duty to do so for my generation and to protect future generations.

There has always been resistance to change, and many of us can feel more comfortable sticking with how things have always been done. However, with correct knowledge and education we can collectively approach clients and colleagues with the tools to break down these barriers and make sustainable practices simple and natural.

The initial response from the survey indicates that client constraints are a huge challenge when implementing change. Making the declaration brings back into focus the climate emergency and reminds clients that they too play a role when it comes to sustainability.

By creating a network where expertise and knowledge can be shared among all levels within a practice, we, as engineers, can work with the client to break down constraints and resistance. 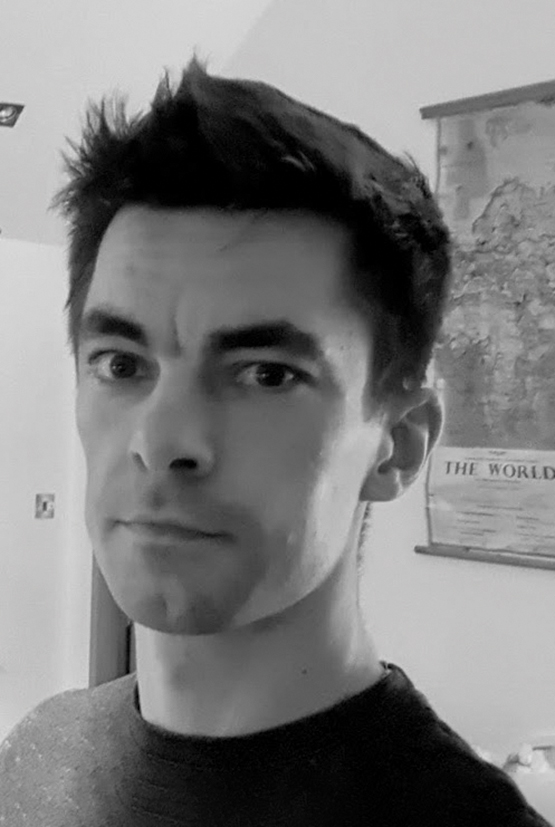 It was very encouraging to see the consensus in responses that change is being driven by engineers based on principle, and that there is a passion – potentially from younger engineers – to break away from the ‘business as usual approach’ and to apply new techniques to deliver innovative designs that will mitigate climate change.

The individual responses suggest that evolving planning and regulatory policy have helped to promote climate-neutral design, but the responses also highlight that the parallel rollback of incentive schemes – such as the RHI, FIT and ECA (to name a but a few) – have presented financial constraints that have hindered change. 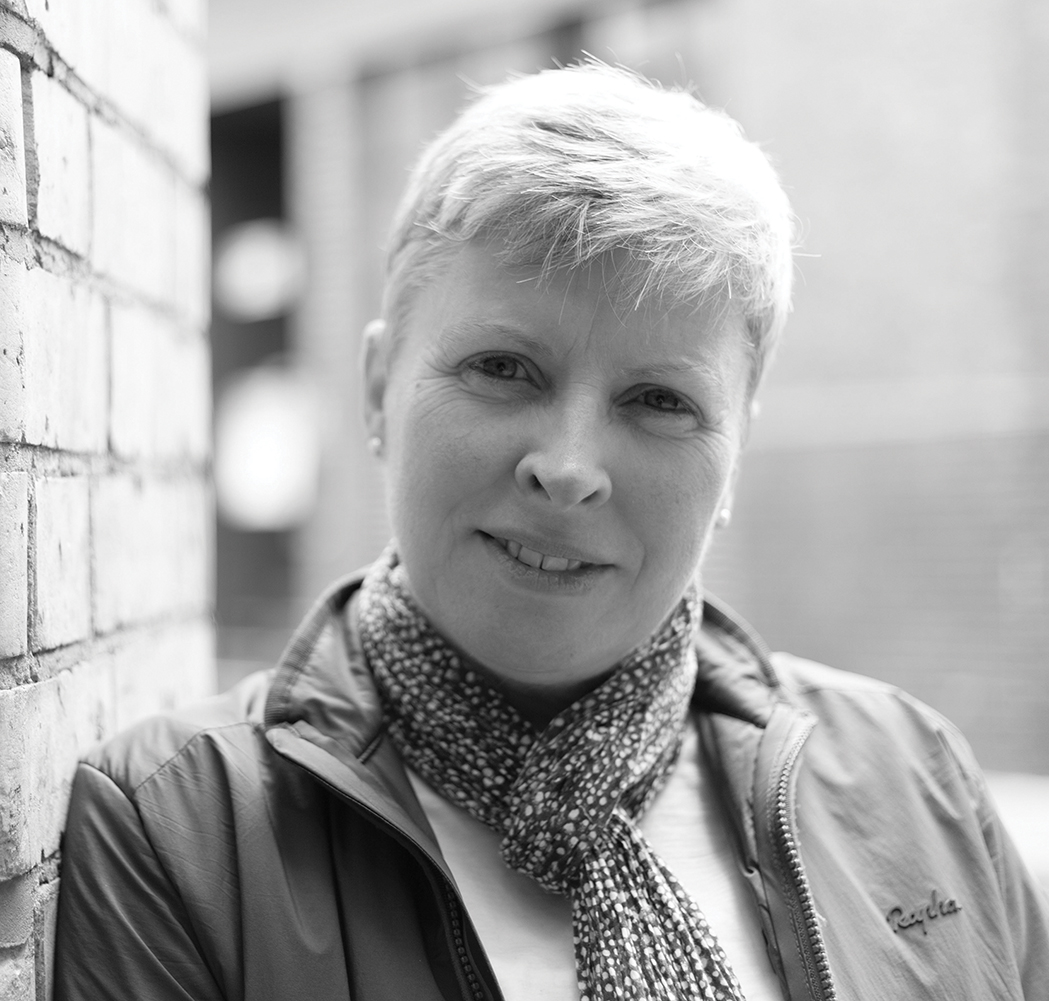 It is encouraging to see from the survey that there is an appetite in our industry to collaborate and knowledge share through the forum of Building Services Engineers Declare. While there is obviously commercial confidentiality to consider, building services engineers can see the benefit of working together and sharing experiences to help with the challenges that the climate emergency poses. Good to see that there is senior buy-in, too. 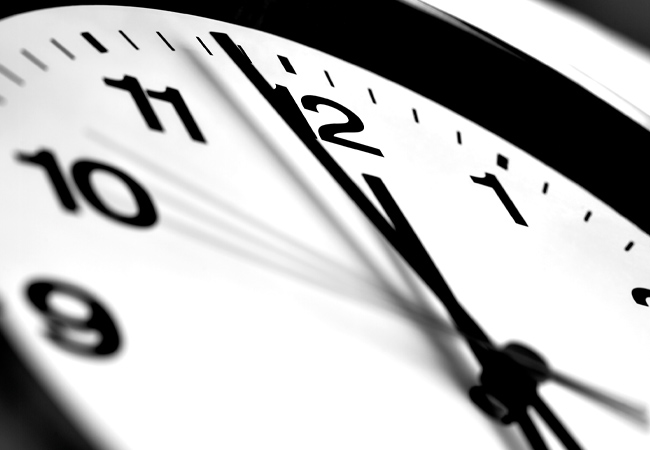 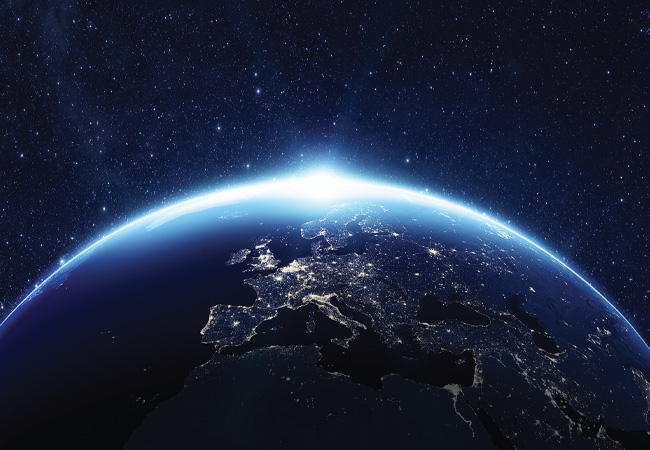 Engineers respond to the climate emergency 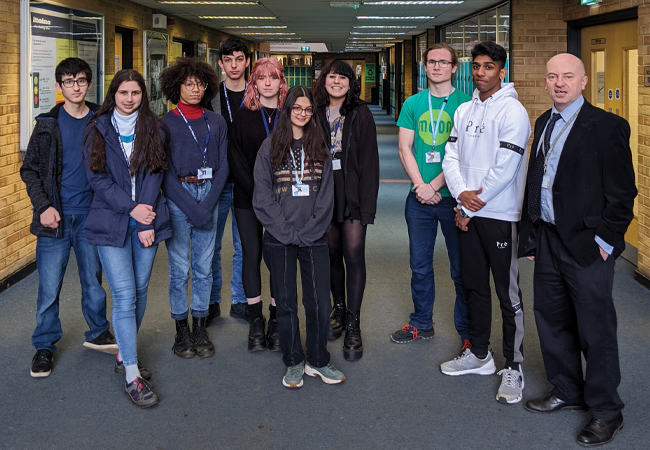 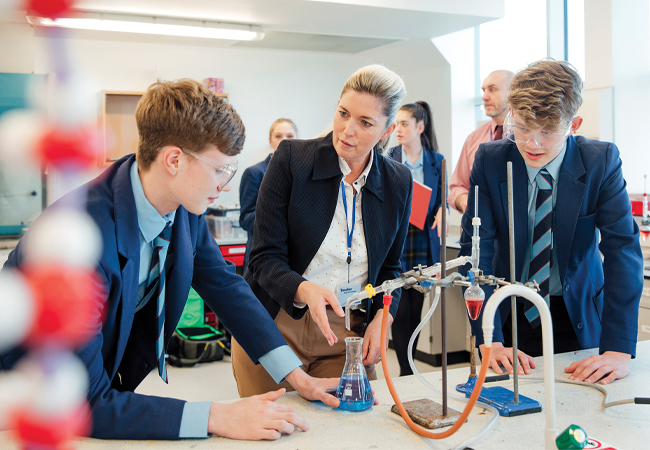