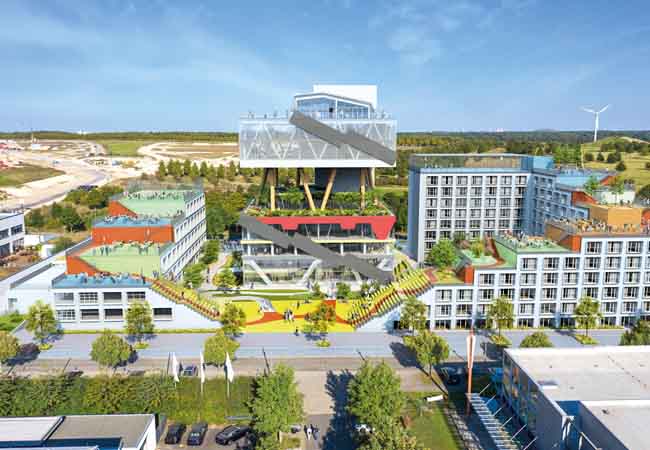 HY-Live was a stranded asset from the World Expo 2000 held in Hanover. The former pavilion for the Netherlands is being transformed into a vibrant mixed-use site

What will the building of the future be like? The climate crisis is bringing new and evolving challenges to the way we live, work and build. The changing climate is shifting the parameters for urban design and building performance: communities, infrastructure and built assets will have to be increasingly resilient to enable them to cope with higher temperatures, increased wind speeds, more intense rainfall and the associated risk of flooding.

Construction has a leading role to play in minimising the impact of the climate crisis – but construction, too, will need to change. It currently contributes more than 23% of the world’s greenhouse gas emissions and is responsible for more than 30% of global resource consumption.

Many buildings currently being designed will not be occupied until 2035 or even 2040, so how will the industry bring about positive social, economic and environmental change?

Buro Happold has won Consultancy of the Year (over 300 employees) at the CIBSE Building Performance Awards for the past five years. We asked experts at the firm what will make a resilient building and community in the future.

‘If you were to plot on a map the areas of high heat risk, and then add the areas where there is likely to be future flooding, you are left with a much smaller part of the world where it is actually feasible to be building,’ says Nancy Wood, associate director, sustainability and physics. 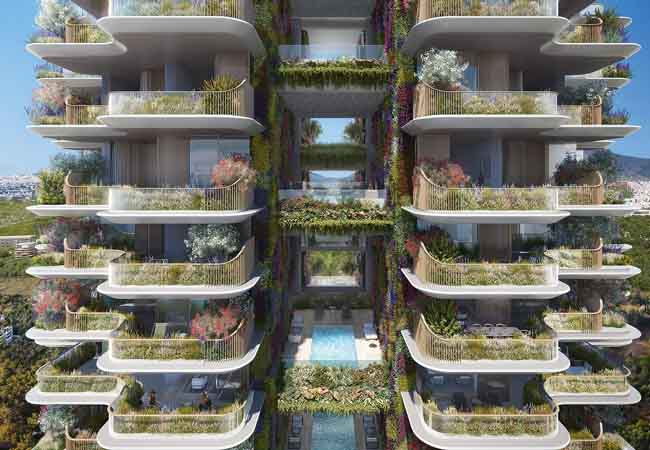 Fergus Anderson, sustainability and environment associate, explains that a resilient building is one that is net positive energy, net zero water and future-proofed against issues of resource scarcity. ‘By doing these things, you are making your building more resilient against future geopolitical tensions and the challenges associated with resource flows,’ he says. ‘There is the need to design for the different shocks and stresses that we’ll see as the climate changes through rising temperatures and extreme weather events.’

Sustainability consultant Martha Dillon says designers should be thinking about what happens to buildings when they start to degrade, so that they can be adapted. ‘Maybe we need to think about a modular approach and access for maintenance becoming a much bigger part of a design than it has been,’ she says.

As buildings become more energy efficient in operation, the carbon embodied in the structure and plant is increasingly significant. Anderson says embodied carbon should be brought into Building Regulations.

Dillon is part of the Buro Happold team working with C40 Cities and its clean construction campaign, which is focused on reducing embodied carbon and environmental impact.

She says Buro Happold has published Clean Construction research that outlines what it would look like for cities on different continents to completely transform their construction industry to be healthy and non-polluting, and without the use of raw materials.

Some clients with which Buro Happold works, such as developer Lendlease, are starting to set very challenging net zero requirements that are increasing the focus on embodied carbon. By 2040, Lendlease is looking to achieve Absolute Zero Carbon, scope 1, 2 and 3 emissions, across its Europe operations.

‘Currently, it is looking at developments in and around London, some of which are five or 10 years away, so it is already having to think very hard now about how to close the carbon gap,’ Dowson explains. ‘Mostly, the issues are around embodied carbon, because it is relatively straightforward to get operational carbon to net zero now.’

He adds that there will have to be a massive shift in the industry supply chain for all companies that manufacture and deliver materials to sites: ‘They are going to have to change from being extractors of raw materials to reusers if they are to be net zero.’ 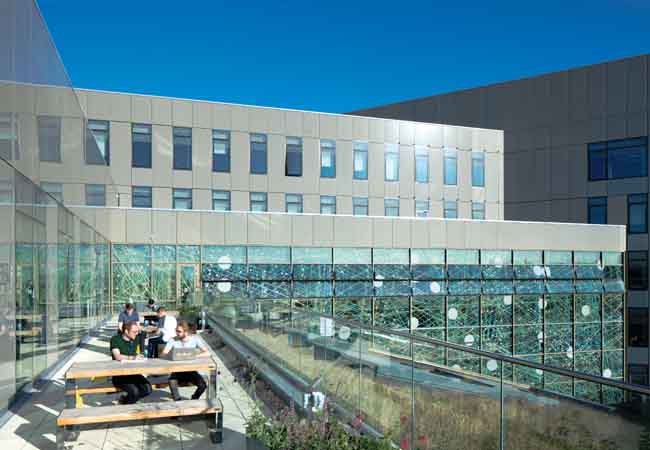 Building services is one of the areas in which more work is needed on embodied carbon, says Dowson: ‘All suppliers need to raise their game, and they need to do it quickly, because big clients are demanding it now.’

Dillon uses the example of Kaesong City, in the Philippines, to explain how reusing materials could work. ‘There is an informal, efficient materials recycling system, which means that, when a building is demolished, nothing goes to waste. Instead, materials get resold by junk shops and other groups that take it to resell it,’ she says.

Dowson adds that developers may soon be sharing materials between sites, which will mean allocating sufficient space for storage and radically changing how office fit-outs are undertaken, to prevent materials from being thrown into a skip. Developers may also start to make connections with the local community to share materials. ‘It will be a huge shift in approach and a big opportunity,’ he says.

Anderson believes industry must find a balance between embodied carbon and how much material is put into a building to make it resilient. The extraction of materials impacts the environment and the humans and communities that live nearby, he says, which is why designers, clients and developers need to increase their understanding.

‘Our economic system should start to acknowledge the true cost of materials; maybe that will push people to say “how do we reuse this asset or the parts of our cities that are underutilised or decaying”,’ Anderson adds.

According to building performance engineer Georgios Grigoriou, buildings will need to become smarter to interact more effectively with occupants, services plant and equipment, and energy infrastructure. Data will be key, he adds, and will be supplied by a network of sensors to give information on everything from environmental conditions to the status of components.

‘Maintenance will change to being proactive, using data and data analysis, to allow us to predict and prevent failures, and save money,’ he says.

Smart, Grid-interactive buildings are emerging that incorporate electric or heat batteries that can respond to the Grid and make use of surplus generation capacity and cheaper electricity, says Grigoriou.

Perhaps the most radical change he predicts is that smart buildings will allow gamification of building performance. ‘Gaming software could be used to engage, entertain and educate building users about potential energy savings, with players awarded points for turning off lights, for example,’ he says.

‘On one of my projects, where our client is a London borough, the brief asked us to address fuel poverty,’ says Wood. ‘Climate resilience is key to that whole strategy: we’re pursuing the scheme using Passivhaus principles and using placemaking to knit the development together.’

Dowson agrees that outdoor spaces have a key role to play in residential design. He’s working with the London Legacy Development Corporation [planning authority for Queen Elizabeth Park] on a residential pilot project. ‘We’ve completed two years of post-occupancy monitoring,’ he says. ‘Detailed findings are being collated, but initial findings indicate the importance of placemaking and outdoor spaces in allowing different elements of the community to connect and thrive.’

Dillon says community energy models are ‘really taking off’, which will help decentralise energy production and protect people against energy price rises. ‘Building services are the lifeblood of this change and will enable a lot of the big structural changes to happen,’ she adds. 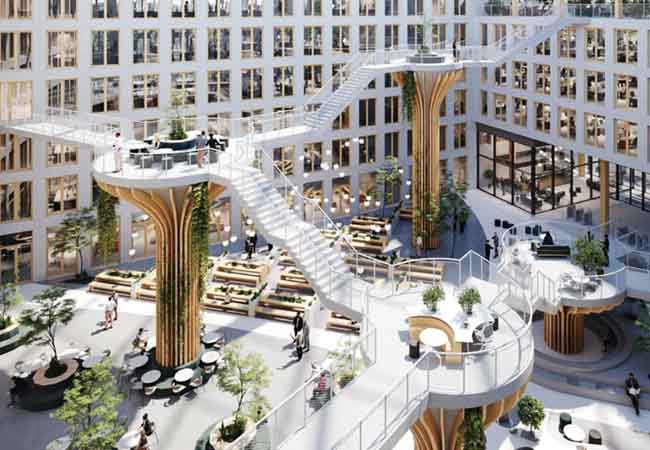 Anderson believes we should think of buildings as a system connected to a city of systems. ‘There is a need to look at the role the building plays in community resilience, also looking at where it can draw on the services or systems delivered by the buildings and infrastructure around it,’ he says.

A different approach to building design is needed, he adds, if we are to minimise the risk of assets becoming stranded when shock or stress events change social needs, service provision or ways of working. ‘Build what we currently need and then expand, contract and adapt the building as needs change over time,’ he says.

‘There are technical challenges with this approach, but the biggest challenge is a shift in the designer’s mindset from success being seen as delivering the final scheme to delivering something that may never be finished, but continues to evolve.’

A different approach will also be needed for developing nations, to use the skills they already have and to support them to develop in clean ways. Smith Mordak, Buro Happold’s director of sustainability UK, and architect Julia Watson have worked on the installation Our Time on Earth, where Buro Happold established what could be learned from indigenous communities and the low-tech solutions they have been using for centuries.

‘They start from the point of “how do we design something to last for seven generations?”; it’s about working with available materials, respect for the natural environment and ecosystems, and the natural cycles of ecosystems,’ says Anderson.

There was agreement that the current rate of retrofit of existing buildings to improve energy performance is not ambitious enough. ‘Energy Systems Catapult released a study recently that showed that, even in leaky, Victorian terrace buildings, it was possible to retrofit to EPC A,’ says Dillon, who adds that the study made clear there are not many types of UK housing that cannot be retrofitted to enable heat pumps or electric heating. ‘It’s the financial and stimulus barriers that are the issue.’

A major challenge with retrofitting homes to make them more energy efficient is upfront cost. While the investment will pay back over time, it requires financing that many people don’t have. ‘There is an important need for political direction to signal to the market this is where we need to go with retrofit, and to make the funds available,’ Dillon says.

Dowson believes retrofit is a social issue that industry needs to address, and adds: ‘Tackling the retrofit challenge is fundamental to reducing the cost of living and preventing fuel poverty; our industry cannot ignore that.’ 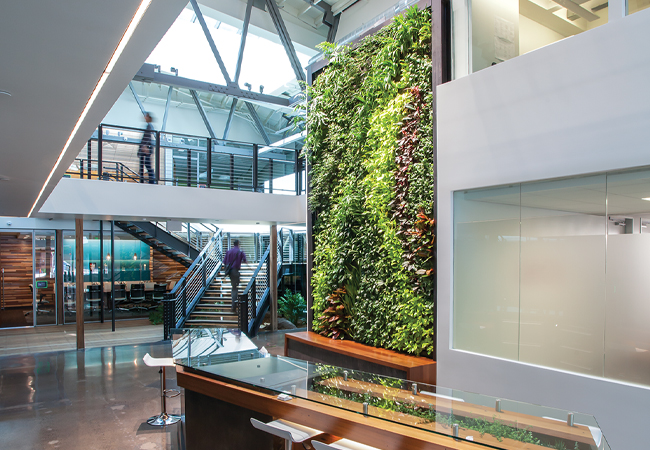 Getting to grips with whole-life carbon