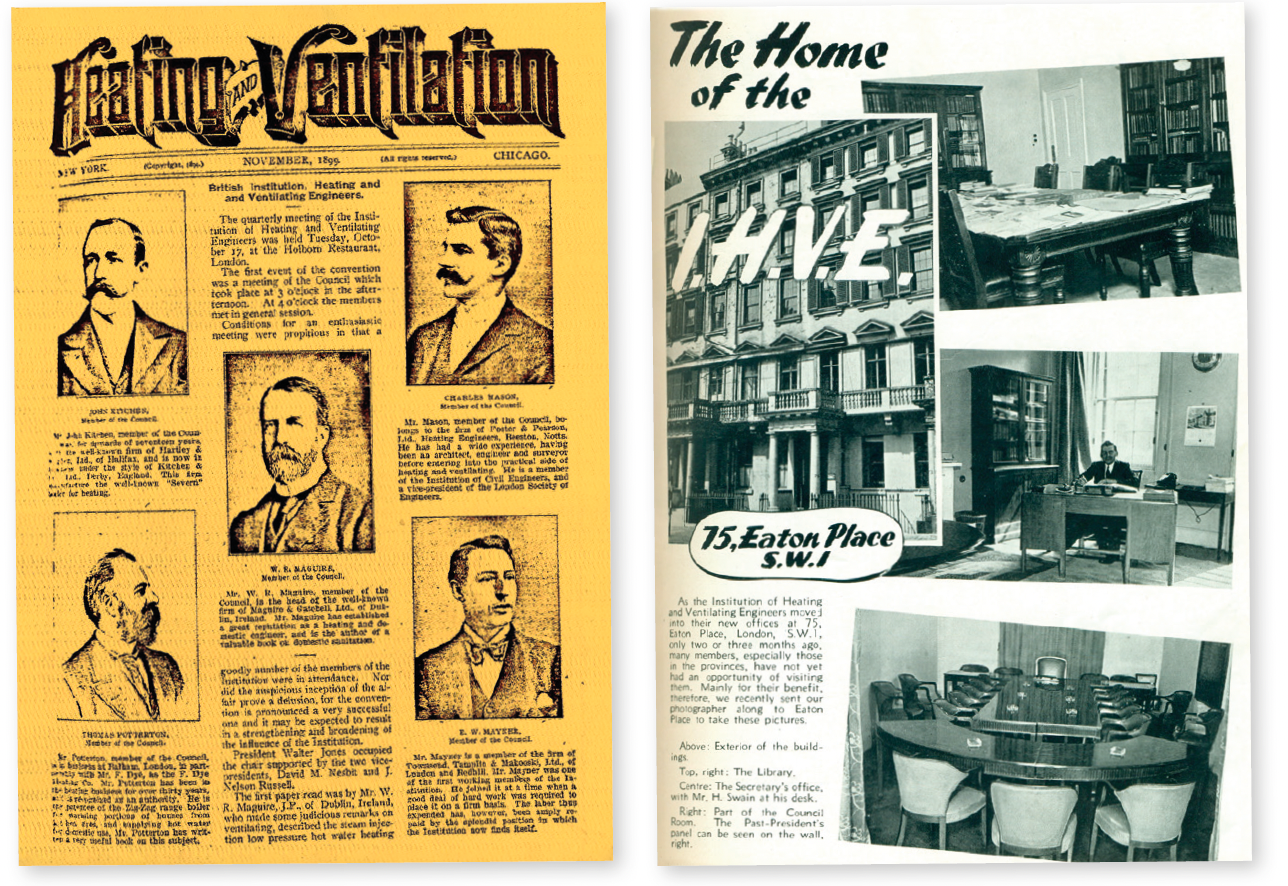 To the public, the science of heating is almost unknown, and ventilation exists largely in the imagination.’ These words, written 125 years ago, reflect issues facing the early pioneers of building services engineering as they rallied support for a new professional organisation to tackle this lack of technical and scientific knowledge.

Pointing to the success of their contemporaries in North America in influencing public opinion and raising standards of efficiency, the call came in the original prospectus of the new Institution of Heating and Ventilating Engineers (IHVE), formed in 1897, which would evolve into CIBSE. ‘Every person engaged in the profession is, like any other scientist, necessarily a student,’ it declared presciently.

The organisation was established to create a forum for open discussion and debate, exploring issues by sharing professional knowledge through publications and lectures. The aim was ‘improving the comfort of mankind’. While much has changed over 125 years, the aims of these Victorian founding fathers still resonate in the 21st century.

The impetus for the creation of the IHVE was recognition within the growing and increasingly sophisticated Victorian building engineering sector of the deficiency in knowledge surrounding heating and ventilation. Notably, the idea emerged from the Institute of Sanitary Engineers in 1896, with secretary Jesse Kemsley proposing that a society be formed to foster the heating and ventilating trades. 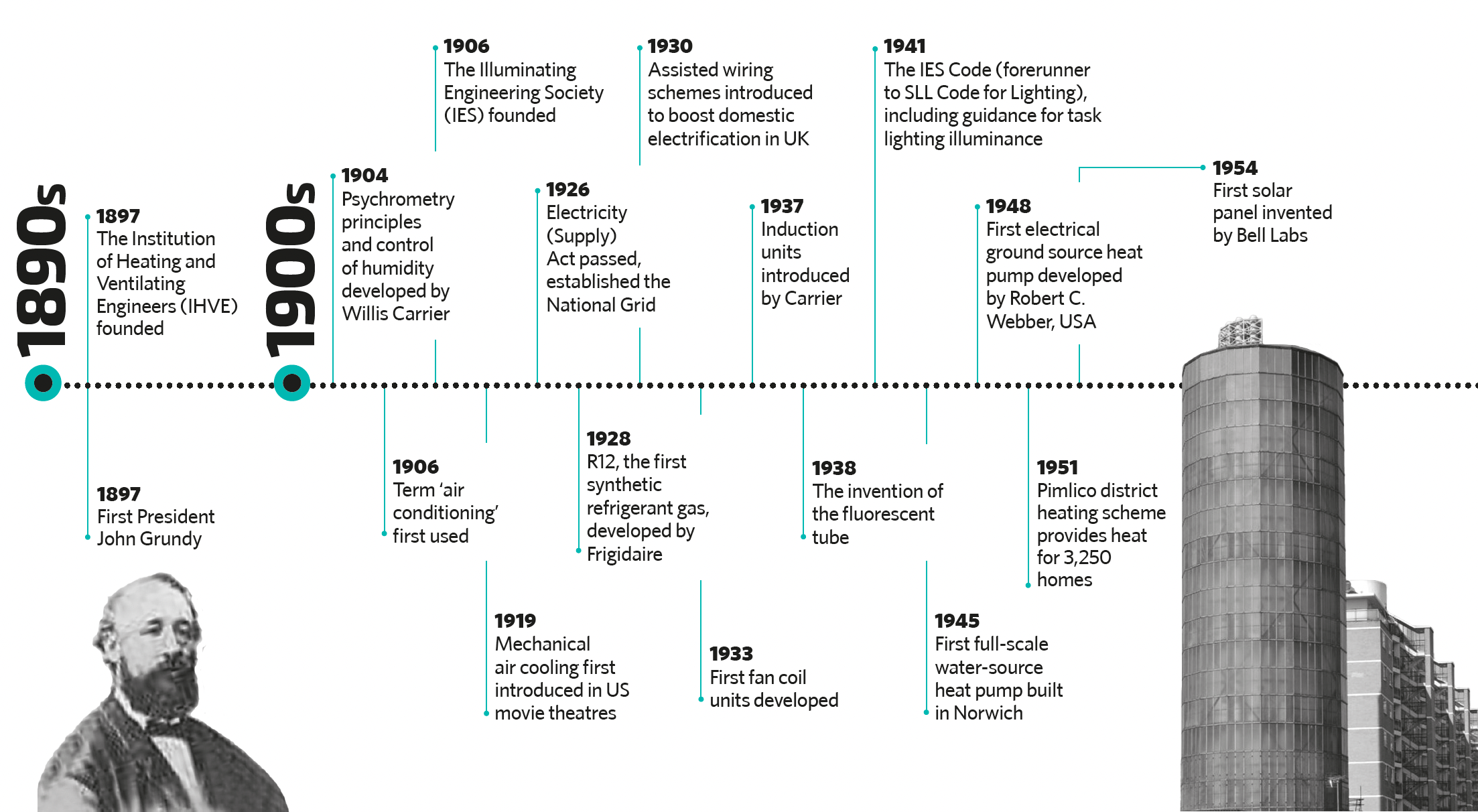 Edmund William Mayner – a member of the ISE council – was largely responsible for setting up the IHVE, and became chairman of an executive committee, while John Grundy was its first President. It was the first serious attempt to organise the heating and ventilation profession, and the organisation’s stated objectives were ‘to promote the intellectual welfare of its members by periodical meetings, to read, consider and discuss papers or problems on heating, ventilating or other kindred subjects, and to take such measures to extend, develop or safeguard the interests of these important trades’.

Around the same time, the lighting industry was also undergoing change, with increasing electrification. In 1909, the Illuminating Engineering Society (IES) was founded by a group of lighting, electrical and gas engineers, and architects.

Fast-forward to 1976, and the Chartered Institution of Building Services (CIBS) was formally established (‘Engineers’ was added in 1985) with the grant of a Royal Charter, which enabled the IHVE to amalgamate with the IES. Since then, a number of specialist divisions and societies have been established under the auspices of CIBSE. 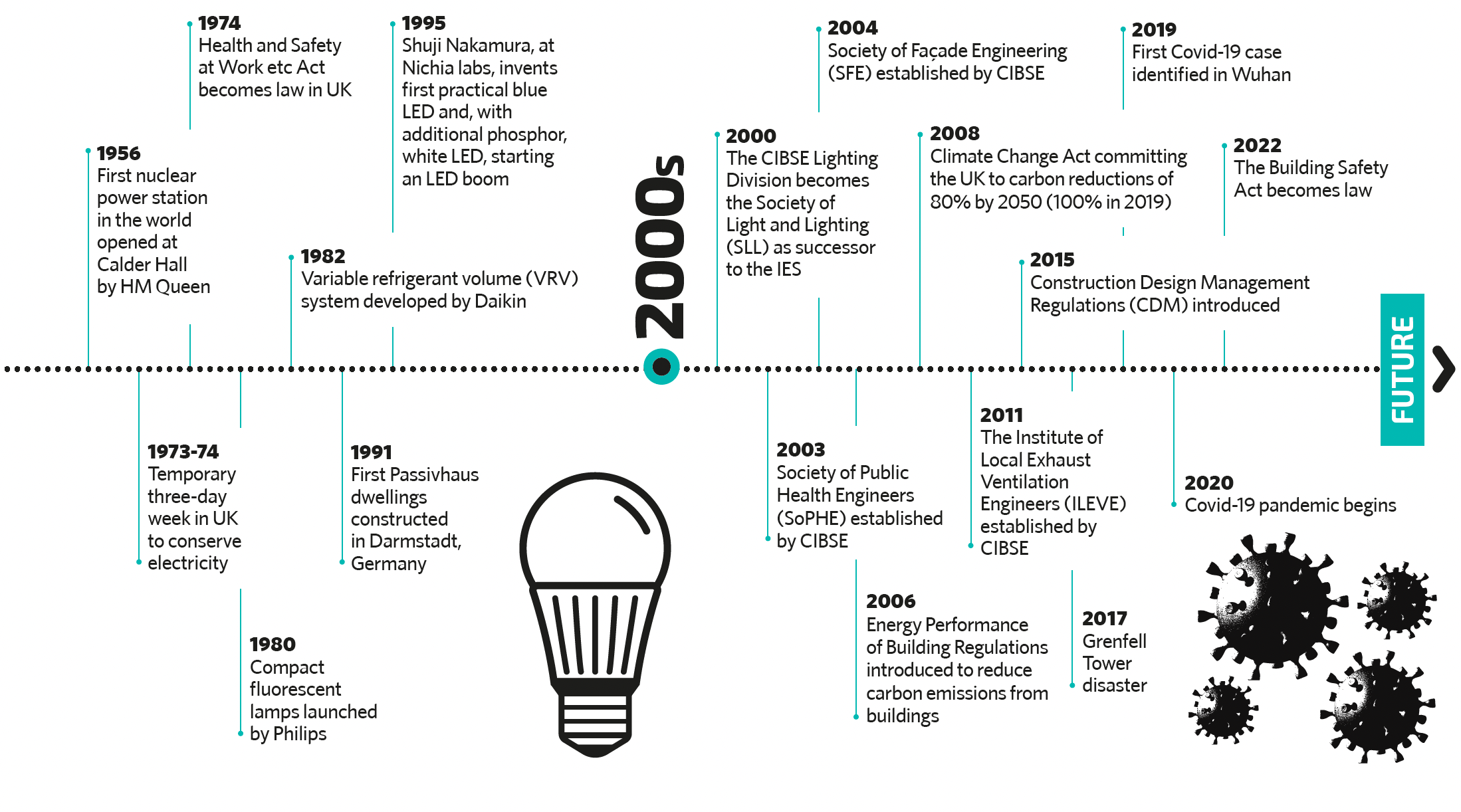 In 1980, CIBSE Patrons was established as a group of ‘corporate supporters’, comprising businesses that collaborate to give financial, technical and moral backing to a range of Institution initiatives.

In 2000, the Lighting Division, which continued the lighting work of the IES became the Society of Light and Lighting with its own governance, membership classes and post-nominals and a world renowned collection of professional guidance.

This was followed, in 2003, by the Society of Public Health Engineers, which replaced the Public Heath Engineering Group of CIBSE.

In 2004, the Society of Façade Engineering was formed as a joint initiative of CIBSE, IStructE and the RIBA, bringing together individuals from all sectors who have an involvement in façade engineering.

In 2011, the Institute of Local Exhaust Ventilation Engineers (ILEVE) was launched by CIBSE, supported by the Health and Safety Executive, to recognise and assess competence in the practical application of LEV. Most recently, the Society of Digital Engineering was formed, in 2017, for those involved in digitising the built environment.

Our timeline plots CIBSE’s evolution, from its origins to a global organisation that covers every facet of building services.