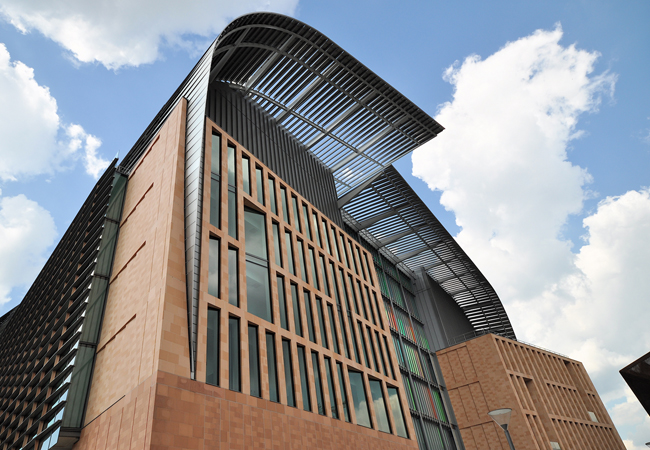 When corrosion occurs in heating and chilled water systems, there are many damaging consequences, not all of which are immediately obvious. Yes, a leak because of wall perforation of pipework is normally spotted fairly quickly – although even this can be missed when it happens overnight or at weekends, resulting in considerable water damage.

Even when leaks do not occur, unseen corrosion on the inside of pipes and HVAC components may produce large amounts of corrosion products – especially magnetite sludge, which can have a serious impact on the efficiency of heat exchangers and pumps, while contributing to the wear of valves and other components.

Occupants of buildings are often seriously inconvenienced and may have to move out while the problem is fixed. Either way, costs are considerable and, recently, there have been several high-profile cases in which the total bill for system replacement, collateral damage, investigation charges and legal charges have exceeded £1m. 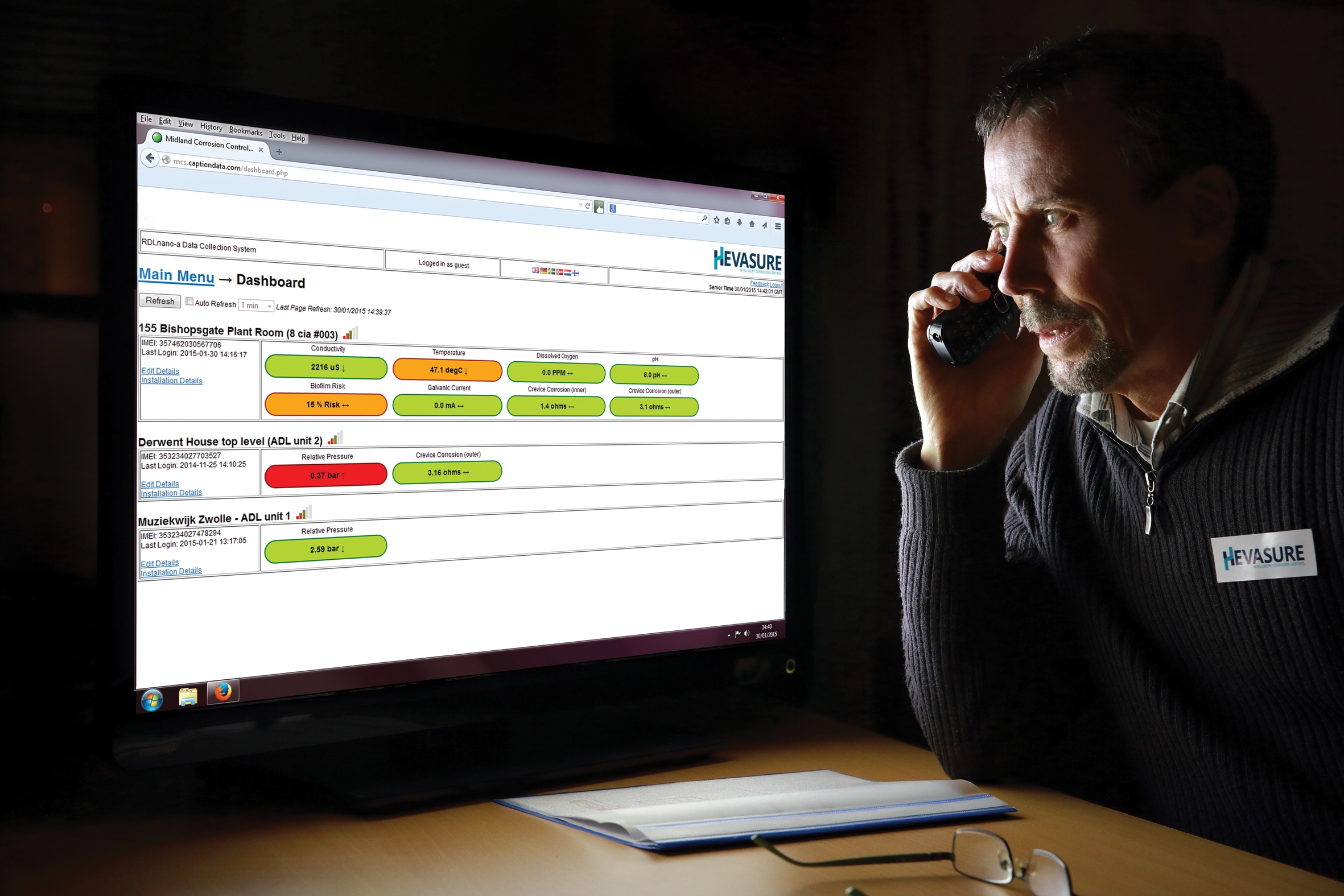 Despite the efforts of organisations such as CIBSE and BSRIA, there remains considerable misunderstanding of the causes of corrosion in HVAC systems and of the best way to prevent it from happening.

The primary cause of corrosion in closed water-based heating and cooling systems is dissolved oxygen. Without it, the cathodic half-cell reaction of oxygen reduction cannot drive the anodic part (the dissolution of metals). The use of chemical inhibitors has its place, but should be considered a secondary line of defence, not a substitution for resolving oxygenation problems.

An example of the corrosion of a steel pipe brought about by excessive dissolved oxygen (DO) can be seen in Figure 1. If we accept that dissolved oxygen is the primary issue, what causes this and how can it be prevented?

There are three main ways oxygen can enter a closed heating or chilled water system:

Aerated water from the initial fill cannot be avoided but, providing there is carbon steel in the system, the high levels of dissolved oxygen – around 10ppm depending on temperature and pressure – are quickly consumed, resulting in a superficial ‘flash rusting’. Some installers are tempted to use stainless steel pipework, but this can make the problem worse by allowing the DO to remain high, and focusing corrosion on other components with little surface area, such as brass valves. 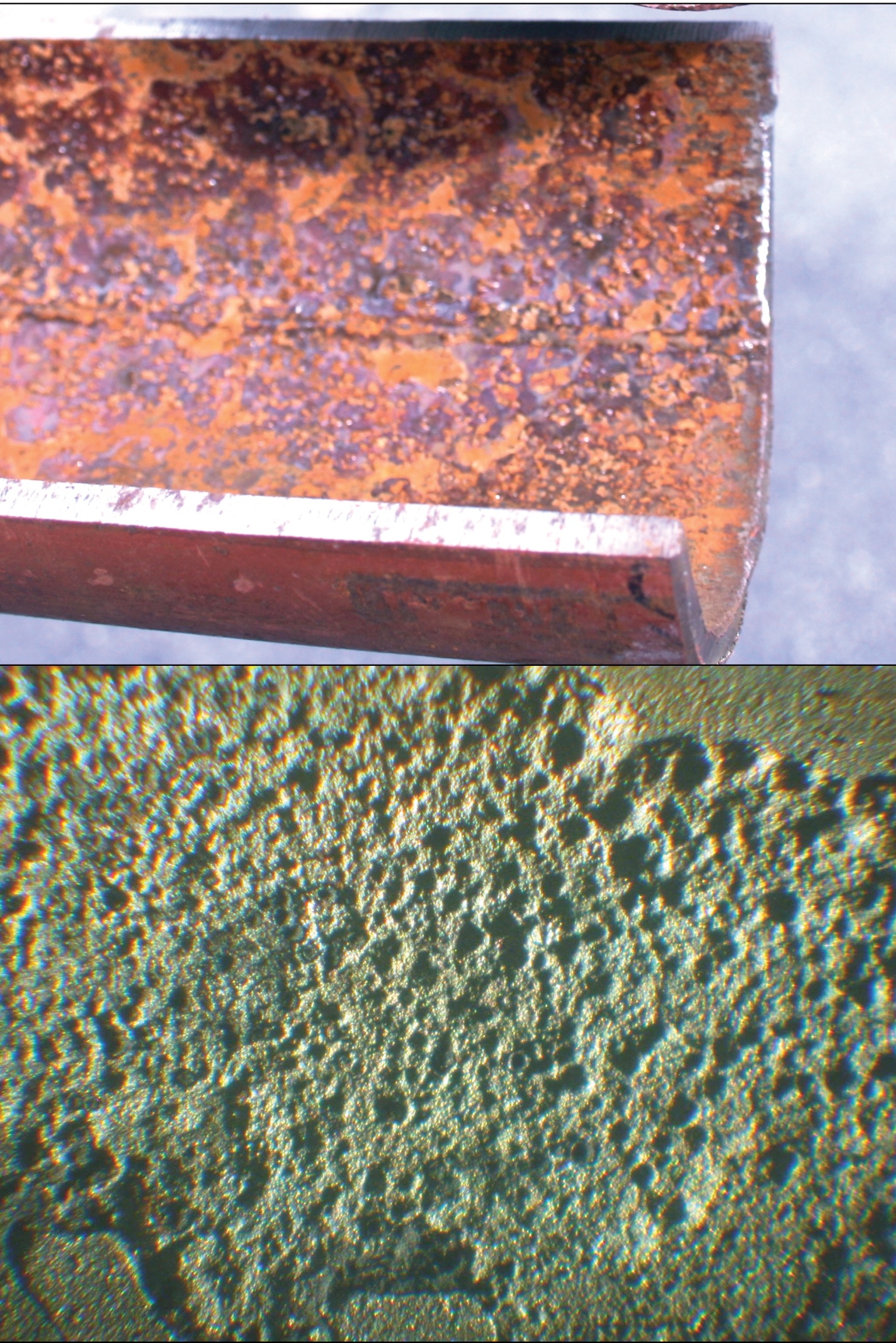 Also, although flushing with water is usually necessary to clean the inner surfaces of debris, repeated flushing should be avoided because each flush introduces yet more oxygen into the system.

Systems need to be pressurised properly throughout the 24/7 cycle. Expansion capacity needs to be specified correctly, alongside system pressures, and these need to be maintained over the system lifetime. If they aren’t, system pressures may exceed the pressure relief valve (PRV) settings, resulting in water losses and the need to top up with fresh, aerated water. However, if system pressures are too low, this could result in air being sucked into the system.

Microbial influenced corrosion (MIC) – primarily caused by the presence of sulphite-reducing bacteria (SRB) – is also responsible for a lot of pipework degradation. Although treatment with biocides is common practice, what is probably not appreciated is that oxygen-induced corrosion is often a prerequisite because this leads to sites – rough textures and nodules – where colonisation of bacteria can occur.

Figure 2 shows the cleaned surface of a steel pipe with a high density of tiny pits – so-called ‘pepper-pot’ corrosion – which is typical of MIC.

In the UK especially, water treatment (pre-commission cleaning and dosing with biocides and inhibitors) has been the preferred approach. BSRIA guidelines require water samples to be taken at regular intervals during commissioning and, after handover, use of the analysis to judge the condition of the system and the water treatment required. Although this approach has merit, and BSRIA guidance should be followed, water sampling alone has several significant deficiencies:

During 16 years of failure investigation, Midland Corrosion Services has come across many cases where the water analysis suggested all was well, but severe corrosion to pipework and components had occurred.

In April 2015, Laing O’Rourke employed Hevasure to monitor the LTHW and CHW during the commissioning phase of the building. This gave all parties confidence that there were no significant issues and provided hard data on all parameters at handover.

Now that the building is operational, with up to 1,600 scientists, the Institute has commissioned Hevasure to continue the monitoring for a further year.

The Institute is a partnership between six of the UK’s most important scientific bodies and research will take place on finding new ways to treat, diagnose and prevent illnesses, such as cancer, heart disease and infection.

One of the main reasons for misinterpretation is that low readings for dissolved solids – particularly iron – is taken as evidence that corrosion is not occurring. However, because it is insoluble, magnetite does not get detected by water analysis when it forms in HVAC systems.

What is needed is an approach that determines the condition of an HVAC system accurately, while overcoming the deficiencies of water analysis. This is where continual and remote monitoring of system parameters comes in. Such an approach will not only inform commissioning and maintenance companies of the condition of their client’s HVAC systems but – if implemented properly – will identify the root cause of any problems.

Ideally, monitoring equipment should be fully integrated and easy to install. It should provide regular measurement of all key parameters of a system, and send out alerts if critical levels are exceeded before any damage occurs. A monitoring system can check continuously on engineering aspects, water characteristics and corrosion rates
(see tables 1, 2 and 3 below).

Table 1: Engineering aspects of an HVAC system that require monitoring

Table 3: Corrosion aspects of an HVAC system that require monitoring

Clearly, there are several benefits to continuous monitoring of HVAC systems. Risk of failure and the associated costs are substantially reduced, while recording key parameters produces hard evidence to support organisations facing unfair claims of incompetence, if anything does go wrong after their involvement.

Finally, the significant efficiency losses that occur if systems degrade is avoided, benefiting the environment and the company’s finances. Water sampling and treatment has its place, but condition monitoring is surely the way forward. 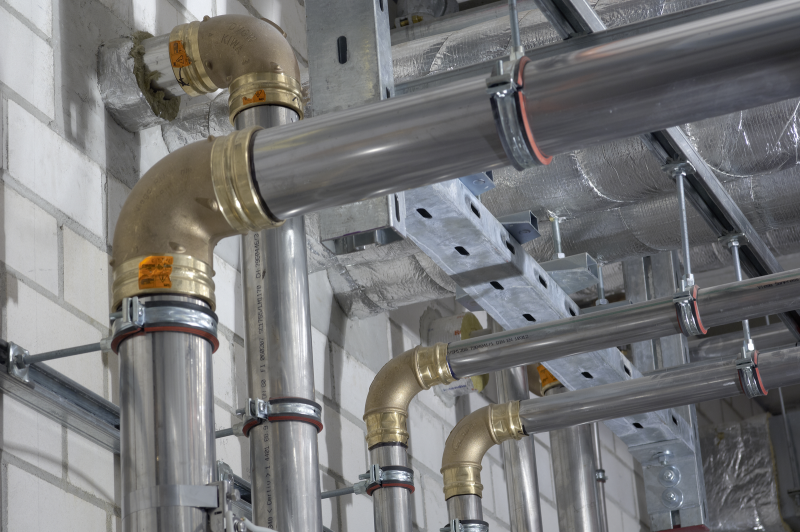 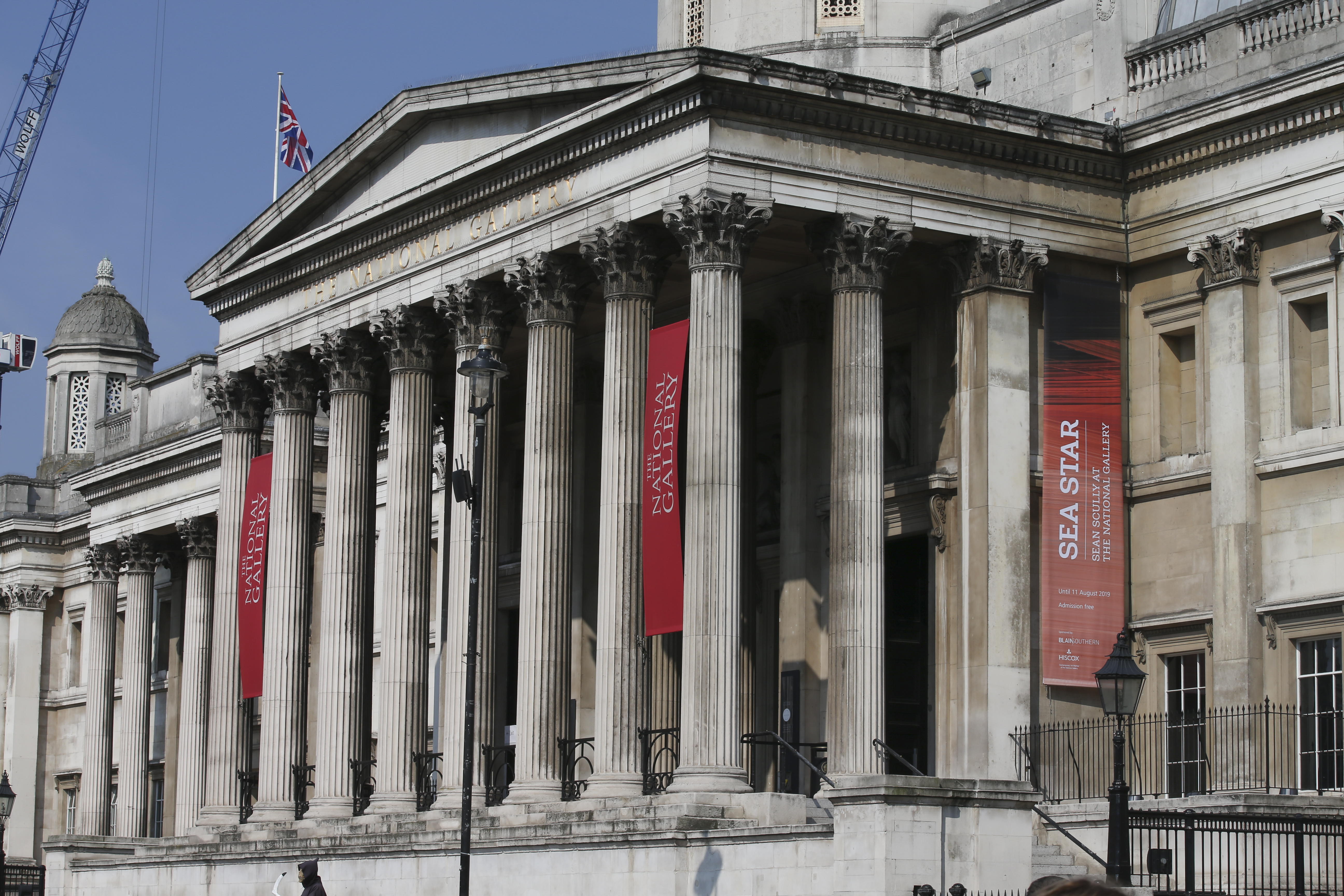 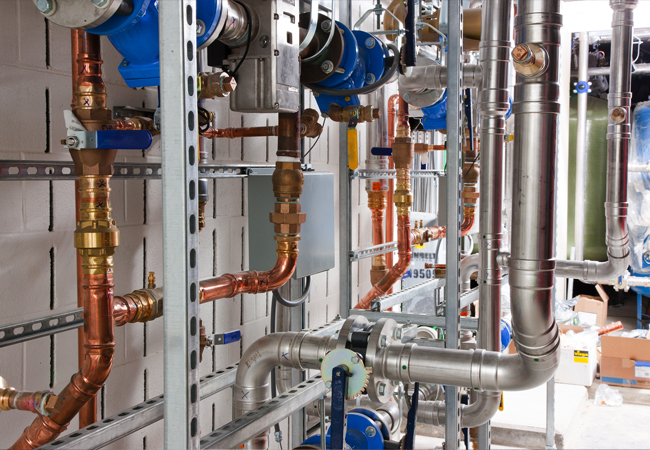 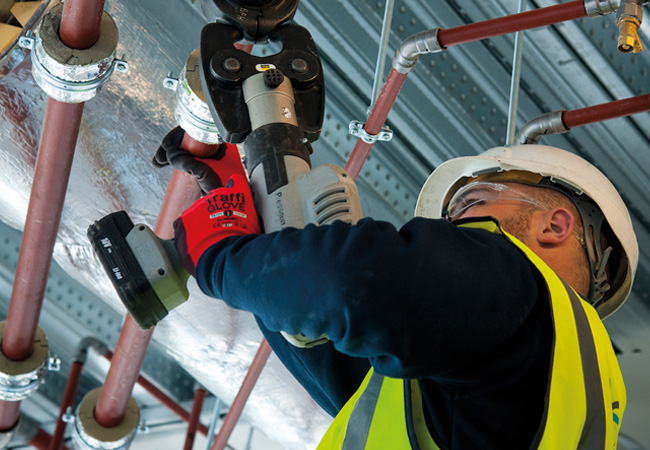 A pressing issue for refurbishment projects 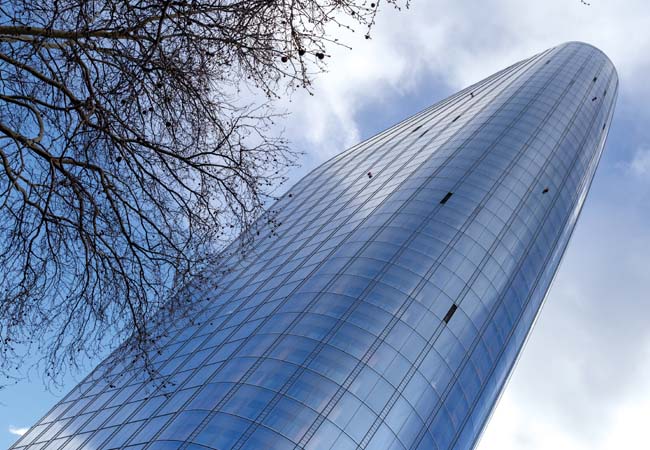 Module 111: Safe and effective systems for the supply of potable water in buildings