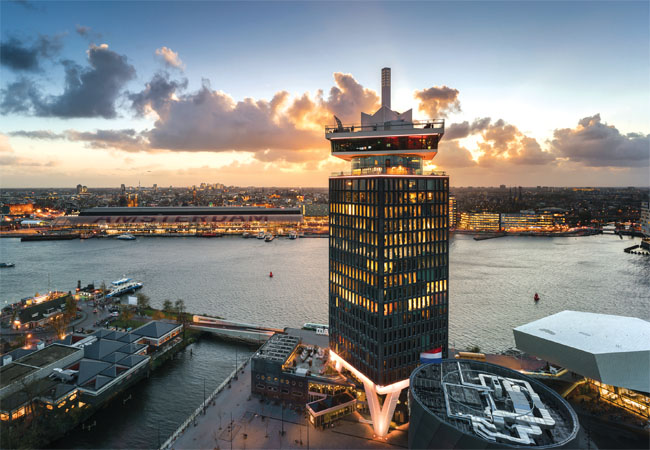 The A’DAM Tower in Amsterdam is a collaborative hub for the Dutch music industry – and, more specifically, for the thriving dance-music scene. This is clear to the eyes and ears of anyone who takes the lift to the new observation deck when it is in ‘experience mode’.

The journey is accompanied by pounding dance music that rises to a crescendo as a glass elevator accelerates towards the 20th floor. There is also a stunning visual display that uses LED lighting in the lift shaft, to give occupants the impression they are speeding through a futuristic tunnel into outer space.

The A’DAM Tower is a refurbishment of the former Shell Overhoeks office, which became Amsterdam’s tallest building – and a city icon – when it was completed in 1972. A new podium and crown were added when the tower was remodelled between 2014 and 2017, increasing its height to 94m.

To allow an increase in lift traffic, the following changes were made:

Different types of users were allowed to use the main lifts, and the flows were merged into combined lobbies and shared lifts together

The uncoupling of external delivery times and internal distribution times for the hotel, Lookout and Loft, by disallowing simultaneous external and internal goods deliveries

The use of dedicated lifts during specific time windows. For instance, for dedicated Lookout service, special events – such as conferences, launches and weddings – and goods distribution

The positioning of the reception desks for the hotel and the Lookout on the first floor, separated from the office reception on the ground floor. This was done to optimise people flow, to concentrate shuttle traffic, and for security and commercial reasons.

It now includes offices for those in the music business, a boutique hotel, events spaces, a revolving restaurant, and the observation decks on the 20th and 21st floors, known as the Lookout.

The tower is now open 24 hours a day and is an important part of the regeneration of Overhoeks, a former industrial zone separated from Amsterdam’s historic centre by the IJ river. Its redevelopment resulted in a huge increase in the number of people using the tower.

Originally designed for 500 office workers, the project figures for the reworked building were up to 5,000 daily visitors. For this to be achieved, the lifts strategy had to be radically reworked.

The height of the original tower was approximately 80m and it had four traction lifts, each with a nominal load of 1,275kg and a nominal speed of 1.75m/s. It also had conventional group controls.

The tower can now accommodate approximately 900 people, and the enlarged 45° rotated crown an additional 600 people. To transport these flows, a rigorous change in the lift layout and function was required, as well as an unconventional mixing of flows to accommodate the dense and diverse traffic patterns. Fortunately, the client and main users embraced the idea of mixing different user groups in the lifts, because it enforced the sharing character of the building. 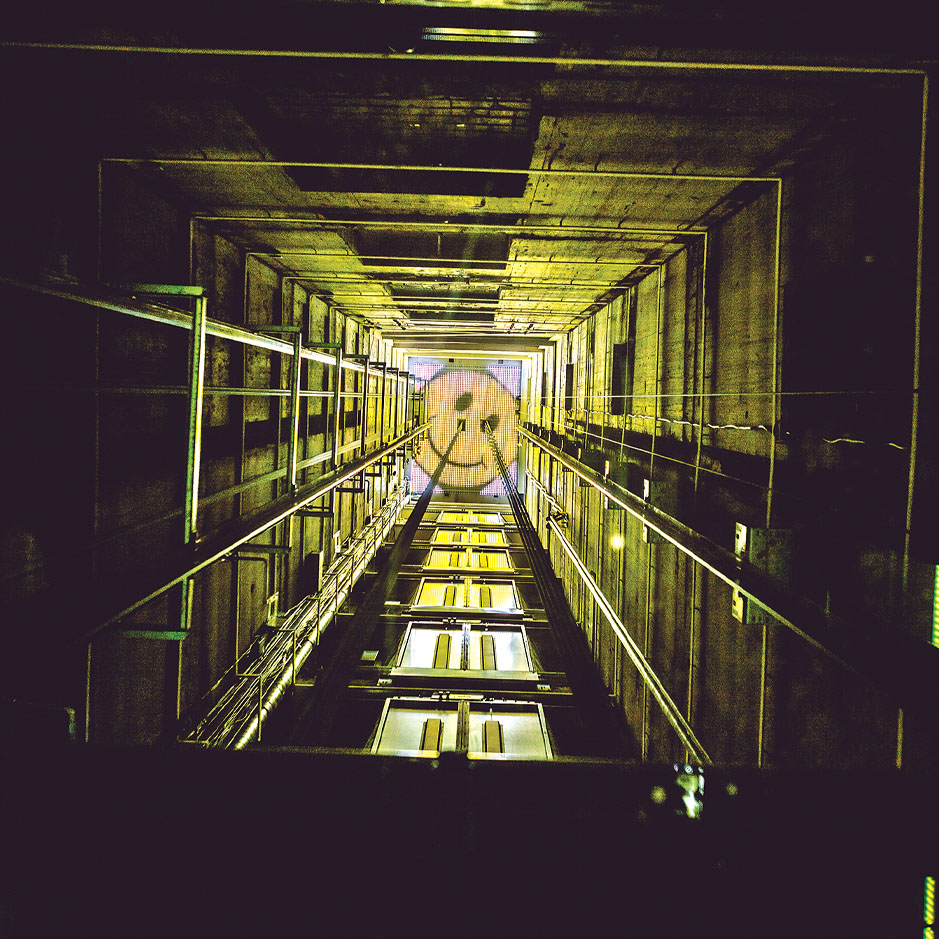 A number of technical changes were applied to serve the new functions. Existing lifts were replaced by new ones with higher nominal speeds, and the nominal load of the main shuttle lift for the Lookout was increased. Its acceleration rate also increased whenever the sound and lighting effects came on in ‘experience’ mode.

The lift group in the existing core was expanded – with an extra car that serves the hotel levels in the bottom half of the tower – while the service range of the existing lifts was expanded to the new crown levels (see Figure 1). The new group of five lifts was equipped with destination controls for reasons of capacity, control intelligence and easy integration with access control systems.

To optimise the available capacity in the new five-group, six local lifts were added in the podium and the crown for wheelchair access, parking and goods storage. These lifts limit the number of cycle stops and reduce the number of main entrance floors in the central core. Only 13 out of 21 upper floors are served by the main lifts in normal operation; the rest are accessible only by key-card authorisation (for mobility impaired users and goods), stairs or local lifts.

To emphasise the exuberant and welcoming character of the tower, and to maximise the travelling experience, the lifts have different – and in some cases extravagant – finishing.

To support the traffic handling even further, additional organisational and architectural arrangements were required, such as the mixing of different types of users in the main lifts (see panel, ‘Lift organisation and architecture’).

Originally, anticipated traffic profiles in the A’DAM tower were based on the potential traffic density with a maximum population, several years after commissioning. With Lookout traffic included, the amount of traffic increases from a maximum of around 85 users per five minutes during a relatively short morning peak, to 100-150 during a prolonged period in the afternoon. This forecast activity does not include any traffic for special events, which is supposed to take place in the dedicated Lookout shuttle.

The anticipated maximum number of daily transports studied was approximately 9,000 excluding the Lookout visitor movements, and more than 16,000 with those included.

To analyse the effectiveness of the initial design modifications, numerous traffic simulations were performed to identify the potential waiting time during the day. In Figure 2, the resulting waiting-time predictions are shown with and without the Lookout traffic, but without a dedicated Lookout shuttle (see Figure 3).

Based on these results, it was concluded that the transportation capacity should be sufficient for normal busy day operation. The technical and organisational modifications and broader opening hours give a potential capacity boost of more than 800% compared with the initial lift system.

It was forecast that the average waiting time over the whole day would be approximately 30-40 seconds – but only if the dedicated Lookout shuttle is available to assist in the combined office and hotel morning peak between 8am and 10am (restricting the Lookout opening hours to after 10am).

Lookout visitors were forecast to have an average waiting time of 30-50 seconds and it was predicted that some users would experience higher waiting times on levels with a (intentionally) reduced number of lifts.

“The Lookout traffic was initially less intense than anticipated, while traffic handling for all other functions was sometimes close to saturation”

It was calculated that the highest waiting times would be during the office lunch peak and hotel evening peak, when several public restaurants are open simultaneously and the Lookout shuttle is in operation for the observation deck.

It was recommended to have a dedicated time window for goods transportation for all functions, using the Lookout shuttle in a restricted early morning slot between 6am and 8am. A reliable means of access control in the main lift core was also necessary, to prevent unauthorised users from travelling to or from stops that have been restricted for capacity reasons.

In addition, it was predicted that potential ‘lift tourism’ – because of the attraction of the tower and interest in the unique lifts other than the Lookout shuttle – would have to be prevented. So an intelligent integration of the lift-destination control system and the building’s overall access-control system, through key-card authorisation, was included.

A wide range of different authorisation levels on personal cards was negotiated with all user groups. Cards are issued with individual and adjustable authorisations to give customised clearance to otherwise closed-off levels in the tower.

It was recommended that peak traffic for special events be handled in the Lookout shuttle. This has sufficient capacity to allow momentary shuttle rides to the primary event areas on the 2nd and 16th floors.

After the phased commissioning of the tower, traffic measurements were performed to analyse the actual use of the lifts and traffic-handling quality. The Lookout traffic was initially less intense than anticipated, while traffic handling for all other functions was sometimes close to saturation.

This was not caused by a higher overall traffic density, but by deviations from the original setup, such as unauthorised travelling to limited access levels. (See panel, Observations and recommendations after commissioning.)

The tower has been a considerable success, with restaurants and hotels regularly fully booked, all offices rented and event facilities crowded almost every week. To evaluate the current traffic-handling quality the earlier traffic measurements were repeated in May 2018. Data from a 12-day period was extracted from the destination control system.

The tower’s traffic volume is now at approximately 60% of the anticipated maximum design potential. This is more than four times the original traffic volume handled in the former Overhoeks office configuration. The current quality of traffic handling is excellent and there is room for anticipated further growth in the coming years.

That will be necessary, because attendance is expected to grow due to the recent opening of the North-South metro line connecting A’DAM to the city centre, and the addition of more attractions in tourist attractions in Overhoeks.

The tower functions like a living organism with internal flows evolving according to the changes in use. Thanks to the carefully thought out lift strategy there should be sufficient traffic handling capacity for this to be accommodated.

The paper on the A’DAM Tower was presented at the 9th Symposium on Lift and Escalator Technologies. The next symposium will take place on 18 and 19 September in Northampton. More details at liftsymposium.org

Observations and recommendations after commissioning

Based on the above potential for improvement, a few modifications were made on client request, such as allowing limited direct access to the revolving restaurant, instead of by stairs from the Lookout, and between the Loft and Lookout floors for VIP combination tickets.

■ Jochem Wit is transportation and lift logistics consultant at Deerns

■ Please see the full article and list of references at
www.cibsejournal.com 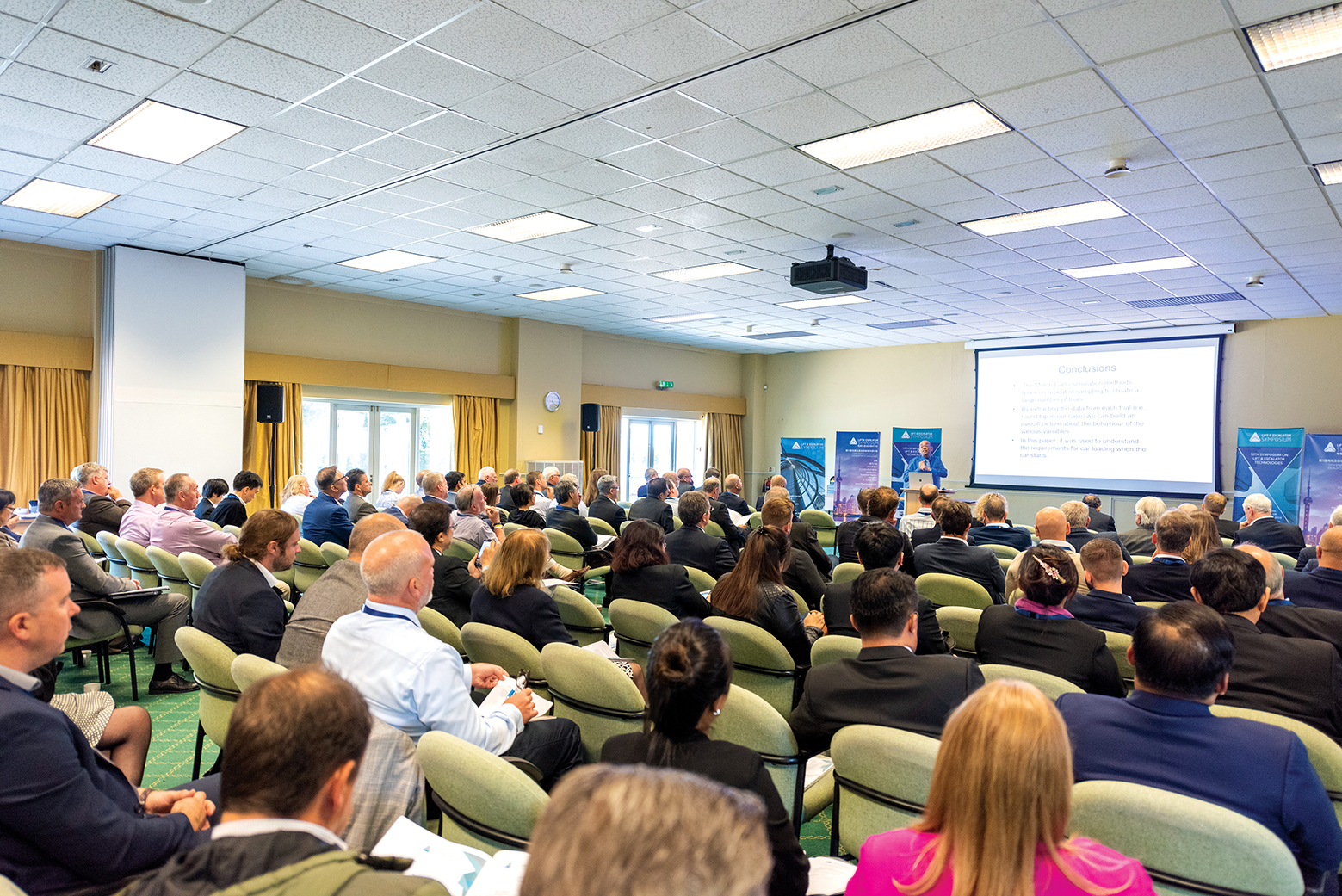 Level best: highlights from the 10th Symposium on Lift and Escalator Technologies 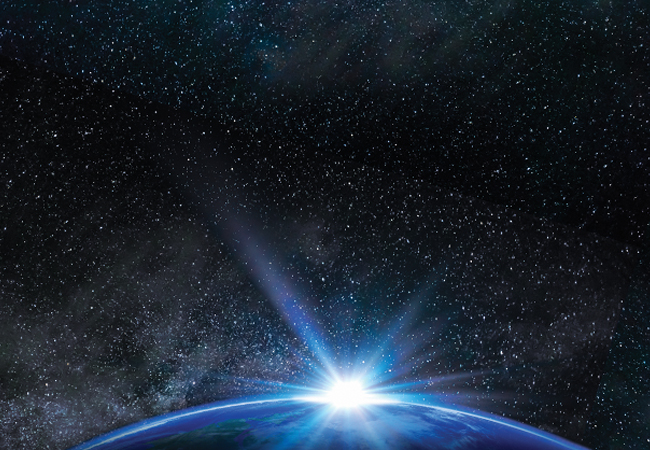 Reach for the stars – taking a lift into space