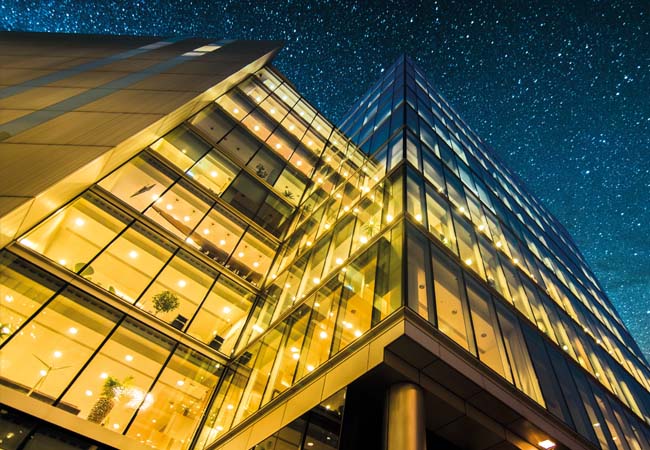 The OpEC tool tracks changes to loads caused by, for example, an increase in planned hours of operation

The performance gap remains a chronic shortcoming in the way we deliver buildings. Clients and builders alike have little idea how a building is likely to perform as it’s coming out the ground. Its energy use and emissions cannot come as a shock. The emerging performance needs to be made visible so that corrective actions can be made, or energy penalties accepted.

To help delivery teams tackle this issue, the authors have developed an Excel-based spreadsheet that aims to provide the functionality necessary for the assessment of operational energy and carbon dioxide emissions as a project progresses through delivery and into operation.

Called the Operational Energy and Carbon (OpEC) spreadsheet, the new tool is designed to track changes to power loads. It is part of a project enabled by the Construction Innovation Hub (the Hub) and defines operational energy and carbon dioxide emissions information exchanges for Government Soft Landings (GSL) and other soft landings projects.

The OpEC is, essentially, a more powerful version of CIBSE TM22 Energy assessment and reporting methodology, a spreadsheet method originally developed for post-occupancy evaluation. It is also consistent with the energy analysis conventions of CIBSE TM54: 2013 Evaluating operational energy performance of buildings at the design stage. Power estimations made using the TM54 approach can be used to populate the OpEC spreadsheet. Thermal loads, typically calculated in dynamic simulation models (DSM), can be imported and updated as required.

The OpEC tool enables penalties to be made visible to all, so they can be accepted or quickly reversed

What make the OpEC tool particularly powerful are its programmed macro functions. These enable each iteration involving a change to a load and its operating parameters to be saved within the memory of the spreadsheet. Changes can be recorded in one spreadsheet rather than being dispersed over several files. Each change is captured individually, and the energy saving (or penalty) of a change is summarised in terms of kilowatt hours, kilograms of carbon dioxide, and energy cost (based on a user-selected unit cost of electricity, and fossil gas or biofuel as appropriate).

Figure 1 is a snapshot of how this works. In the example, a project’s power loads have been input as single-line entry items. Where a modification to an entry is needed – for example, as information becomes available on the actual wattage of an installed product or its usage factor – the user can record the different value using a ‘change’ macro function. The cell value is subsequently modified and recorded as a colour overlay unique to the cell.

Changes to the spreadsheet can be on rated wattage, and in-use and out-of-hours usage factors. Hours of use and days per week in use can be altered for individual loads.

Figure 1: Changes to energy loads (single or batched) are saved and assigned a unique colour code – in this case, an increase to an in-use load factor. Up to 15 changes can be captured in a tracked-changes table, which itemises changes to power requirements, emissions and energy costs for each item changed. Additional rows can be added if needed.

All changes to installed loads (kW), hours of use or intensity of use (kWh) and cost (p/kWh) during subsequent project stages can be tracked and reported as changes occur. The iterations are automatically captured in tables, histograms and line graphs (see Figures 2 and 3). Even though a high number of iterations can be recorded in the OpEC tool, the file size will never get bigger than a couple of megabytes, which can’t be said of a DSM. Unlike DSM, the OpEC tool does not require a high level of skill; many functions and outputs are automated.

Alterations to loads in the OpEC tool that emerge over time (such as during procurement or construction) may stem from a required increase in installed capacity, and/or an increase in planned hours of operation. Changes may also arise from value-engineering decisions that aim to reduce capital costs but result in energy and emissions penalties that would otherwise go unrecorded and unnoticed until the building is switched on.

The OpEC tool enables such penalties to be made visible to all, so they can either be accepted (contributing to an energy performance gap) or quickly reversed. Conversely, improvements to specifications or reductions in a system’s hours of operation will be rewarded as an improvement over expectation.

Irrespective of which direction a project heads, the OpEC spreadsheet will record and highlight the cost and energy implications for each iteration. No-one can say they weren’t warned or made aware of the consequences of their decisions.

The OpEC tool is particularly appropriate for use on Soft Landings and Government Soft Landings (GSL) projects where operational energy and emissions are required to be tracked during project delivery and into early occupation. 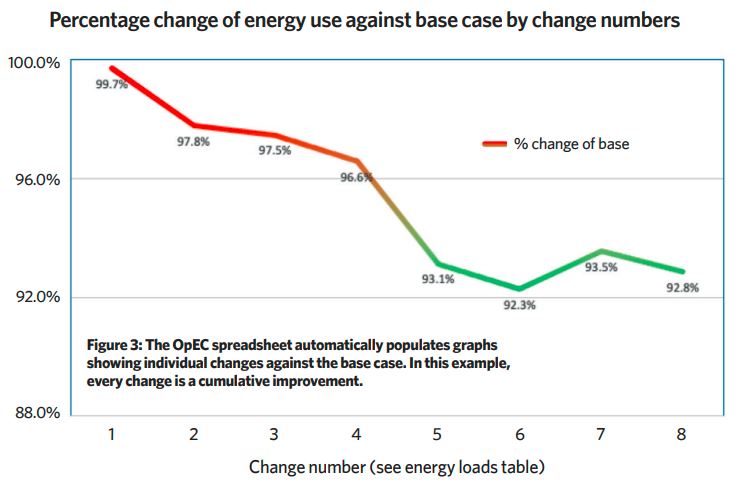 The OpEC tool, available here, can be used together with the Hub’s GSL frameworks. It is a component part of the Energy and Carbon Reporting Framework covering operational energy and carbon information exchange points (see panel).

As the developers, we are making the OpEC spreadsheet freely available to all engineers and architects who opt to track operational energy and emissions during a construction project.

OpEC could be a valuable tool until the Building Regulations catch up with net zero aspirations, and until dynamic simulation modellers are freed from the regulatory (and budgetary) constraints of having to deliver compliance models.