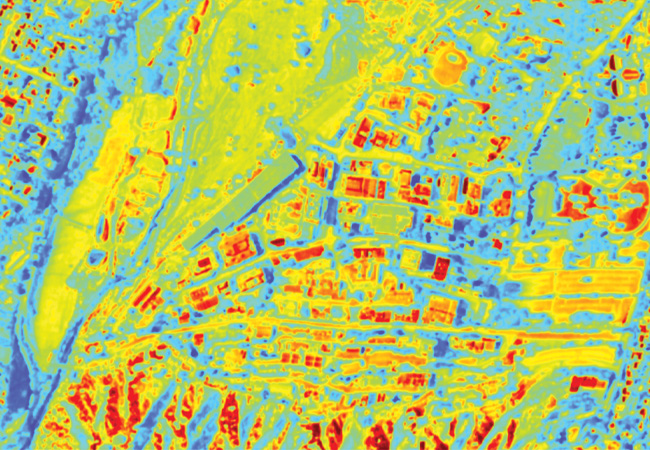 For three weeks this summer, a bright red Twin Otter aircraft belonging to the British Antarctic Survey (BAS) will be taking to the skies over London and Europe. On board will be a 300lb thermal imaging device, built by Nasa’s Jet Propulsion Laboratory (JPL), along with a team of scientists and engineers from JPL, the UK’s National Centre for Earth Observation (NCEO), and King’s College London.

The highly sensitive infrared imaging instrument, a hyperspectral thermal emission spectrometer known as HyTES, will map surface temperature and water evapotranspiration data in unprecedented detail. For building service engineers, this could be a big deal.

According to Dr Anastasia Mylona, head of research at CIBSE, data from the mission could lead to a more accurate understanding of thermal activity in and around urban areas. ‘The industry is increasingly looking at the surrounding environment when specifying buildings. The HyTES aerial data could be useful in understanding more about the urban heat island (UHI), city airflows, and the albedo effect, especially in combination with the existing information we have from the Met Office. It may help us understand how cities are affected by high temperatures, and how green spaces impact on city temperatures.’

The project, dubbed NETSense, is being led by King’s College London and the NCEO, and involves intensive collaboration with JPL, BAS and the Centre for Ecology and Hydrology (CEH). The project is funded by Nasa and the European Space Agency (ESA), and is part of a Nasa-ESA Bilateral Agreement. Flights over London, Italy, France and Spain are expected to yield thermal imagery that will be compared with data gathered concurrently by ground teams.

Data such as this may also provide crucial information for governments seeking to meet challenging climate targets, such as in the UK, where outgoing prime minister Theresa May has pledged to cut greenhouse gas emissions to almost zero by 2050. Such goals can be contributed to by increased building thermal efficiency, among other measures. 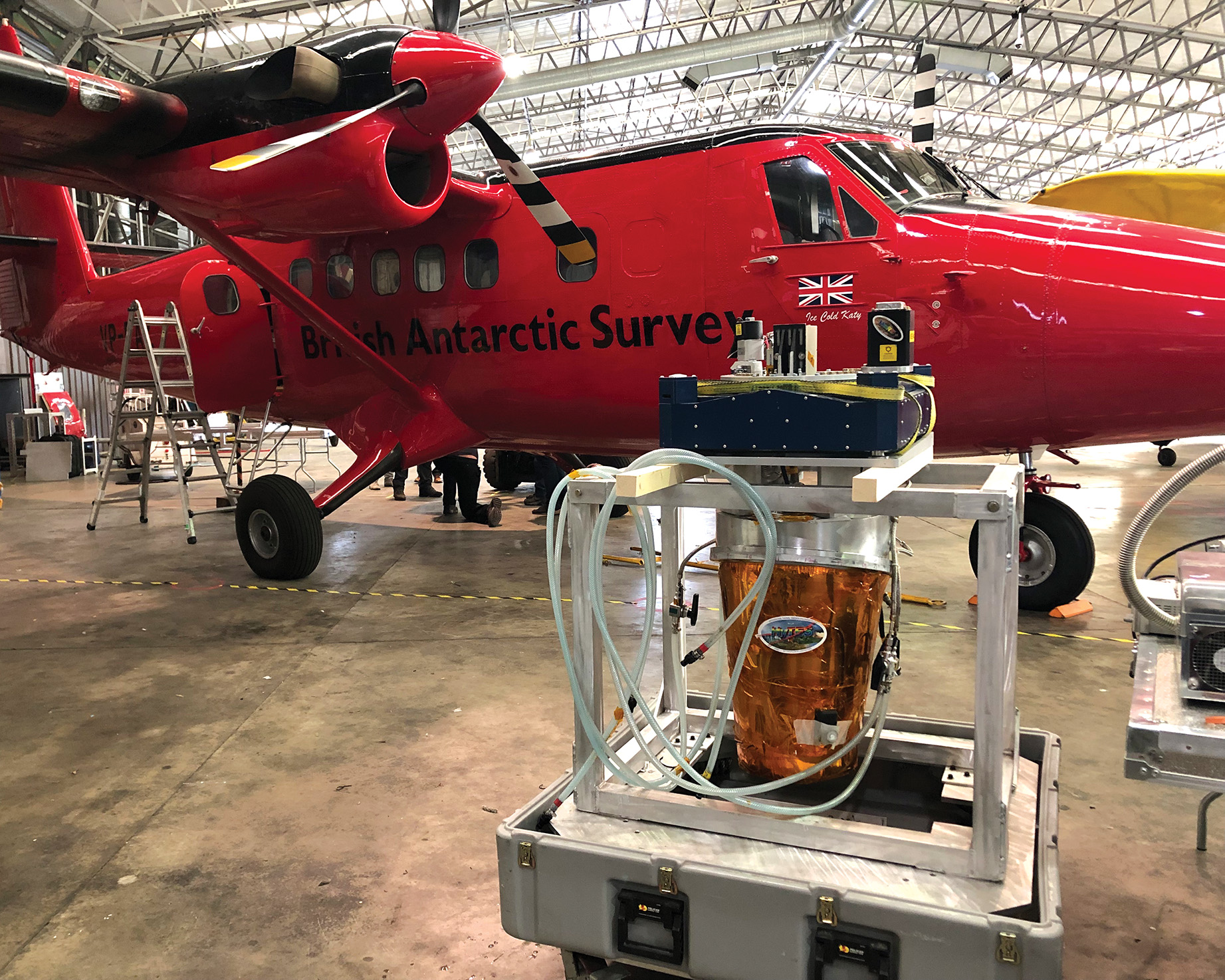 The HyTES equipment and Otter plane

NCEO divisional director Professor Martin Wooster, who heads up the King’s College London team, explains the main aims of the NETSense project. ‘The primary goal is to collect data that can contribute to the design of a new land surface temperature monitoring (LSTM) satellite mission being considered for inclusion in Copernicus, the European Union’s flagship Earth observation programme. These next-generation thermal imaging satellites are being designed to map land temperature and evapotranspiration from low Earth orbit. The science behind the LSTM mission is also led by NCEO staff from its University of Leicester site.

‘Data collected by HyTES could help determine the best spectral band positions for the candidate LSTM satellite mission. It could also provide precursor datasets for developing and testing the algorithms that may be used to turn future LSTM data into accurate maps of land surface temperature and evapotranspiration,’ says Wooster.

“In London, the team hopes to map the temperature of the surfaces and, from that, derive the sensible heat flux distribution”

Flying HyTES over existing UK and European experiments run by collaborating institutions will yield airborne data that could expand ongoing research in these locations. To this end, the mission will also test a commercial thermal imaging instrument operated by NCEO called the OWL, which performs a similar function as HyTES but not as precisely. The team is open to new collaboration proposals for commissioning and using OWL data in UK urban applications, subject to the necessary funds being raised.

Professor John Remedios, director of the NCEO explained the value of the data from a building services point of view: ‘One of the key considerations in planning is the thermal environment in which the building exists. Cities make a large perturbation by changing the interaction between the land and the atmosphere. This can be observed in the impact of buildings and the airflow through the city, as well as the downstream impacts.

‘Up to now, our models for these processes haven’t been as accurate as we would ideally like. This is because we’ve lacked data worldwide for a variety of cities at a high enough resolution and with the right quality.’

According to Remedios, the NETSense project is a step towards achieving this data. ‘There’s a big difference between the temperature at surface level and temperature at head level; in cities, essentially, we’re all walking through this temperature gradient. We want to understand those gradients better, as they affect physical processes such as health, building management and design, choices of materials, and the consequences
of transport, such as pollution.’

Remedios explains that the HyTES instrument can pick up spatial distribution of heat in urban settings at really fine scales, which could help with assessing building overheating risk, triple jeopardy modelling (as developed by University College London) and, potentially, modelling of ventilation strategies for climate adapted/responsive buildings. 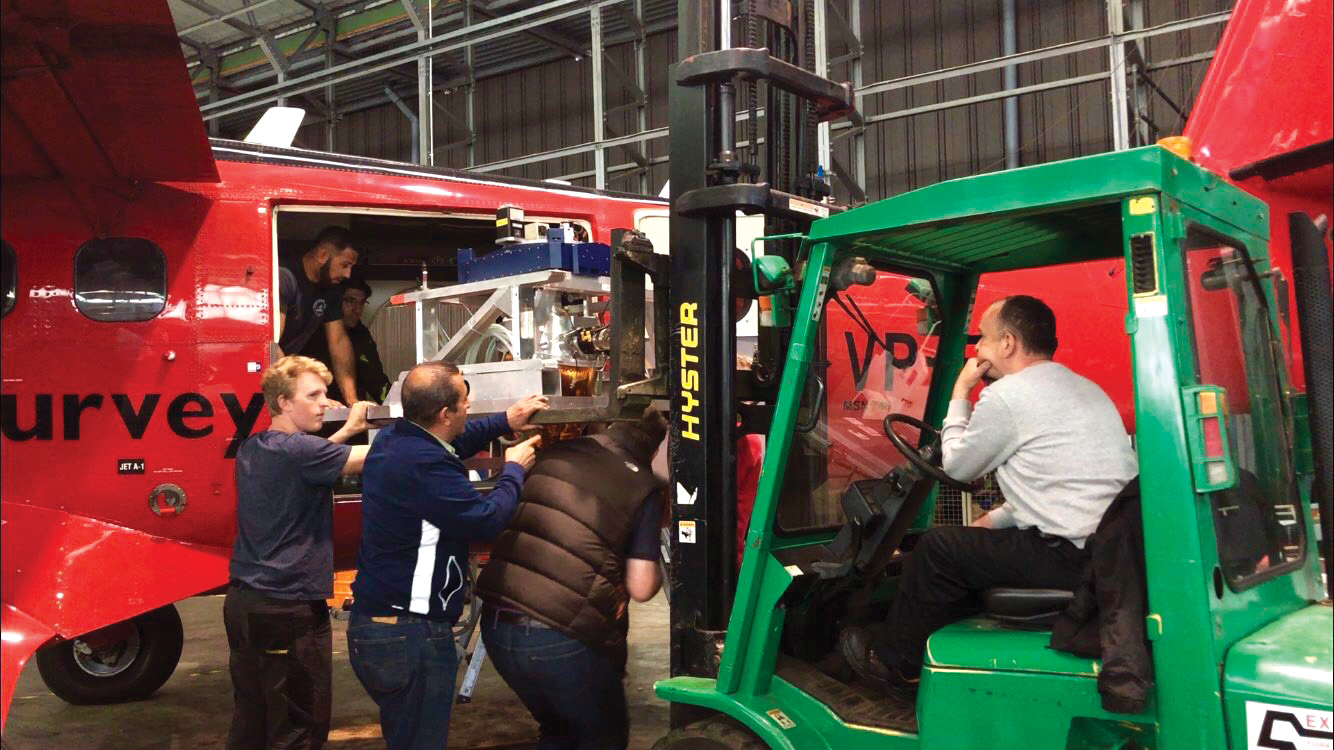 The HyTES equipment is loaded on to the Twin Otter airplane

In London, the team hopes to map the temperature of the surfaces and, from that, map the distribution of sensible heat flux (heat moving from the land to the atmosphere, thereby increasing the air temperature). It will also be possible to estimate the albedo of surfaces from companion data being collected by another NCEO-operated airborne imaging spectrometer that collects data in the solar-reflected wavelength region.

Data pixel size from the airborne campaign is expected to be ~1-2m, which is far more granular than that offered by satellites or high-altitude platforms. This could also lead to a better understanding of infrastructure projects – for example, in terms of the temperatures of roads and other impervious surfaces, which can impact on the environmental health of city residents.

According to Wooster, ‘the data profiles over the urban areas could also improve our understanding of the impact of the different thermal infrared properties of materials used within cities (for instance, building façades and the materials that form our roads and pavements), which can influence the intensity of the urban heat island.’

UHI is a term for an area of industrial or urban cover that, because of anthropological activity, experiences generally higher temperatures than seen in nearby rural regions. To fully characterise the UHI, regular and accurate data is required at the city scale. LST data provides a regular and robust source of information over an entire city. It is not as directly linked to thermal comfort, heat risk and air pollution as is the air temperature itself, but it is an important factor and offers a robust way to map thermal information across the urban environment, with spatial and temporal consistency.

Bjorn Eng, of Nasa’s Jet Propulsion Laboratory, explains how the HyTES device works: HyTES is one of the world’s most sensitive thermal imaging devices. Cryocoolers bring the instrument down to an operating temperature of 40° Kelvin (-233.15°C), far colder than liquid nitrogen, which takes about one week. Various gyro systems compensate for the aircraft’s movement; however, the Twin Otter is an ideal platform for the equipment because of its wide loading doors, reliability, and the fact it flies slowly. This is more of an issue when collecting data at such a high spatial resolution (1m). However, the detector requires cloud-free conditions in order to operate, which can’t always be guaranteed, especially in the UK.

The UK is arguably a world-leader in Earth observation and the NETSense project builds on several decades of work in this field. However, while the results could open the door to the next phase of granular data gathering, the issue of how building services professionals can use the data remains; how should the gap between the engineering and academic communities be bridged?

‘This part of the discussion is embryonic,’ says Remedios. ‘I feel we could make progress quite quickly with the right conversations. What’s necessary is a few “champion” experts within the engineering community who can give us guidance about what the benefits are for them. It’s also about knowing the standards and any databases they’re using. We’d want to demonstrate we can contribute usefully against these standards.’

In fact, a huge amount of Earth observation data already exists. For instance, ESA has supported the GlobTemperature portal through which thermal data, produced by NCEO and partners, are available at resolutions of 1km or 5km. The portal includes a prototype long-term record containing 17 years’ worth of data. A first version of a definitive climate data record will be released this year through the Climate Change Initiative (CCI) open-data portal, also operated by the ESA and specific to climate. In other words, much of the really difficult work of establishing the climate data record has already been done.

Indeed, the NETSense project could pave the way for a much closer future relationship, if the engineering community is able to translate its needs to Earth observation academics and research teams. ‘We need to know what engineers are using,’ says Remedios. ‘Would they use application programming interface (API) or a web-based interface? Certainly, the Climate Data Store can take API.’

Useful for comparison are the CIBSE weather files, which are an example of how future weather data has been packaged up in an accessible way for building services engineers.

CIBSE’s Anastasia Mylona welcomes the project and highlights the requirement for a significant store of data before useful conclusions can be drawn. However, she too sees an opportunity for working together in the future. ‘It might take a collaboration between the research team and CIBSE to determine how to bridge the gap between the data-generation work and engineers at the user end.’ 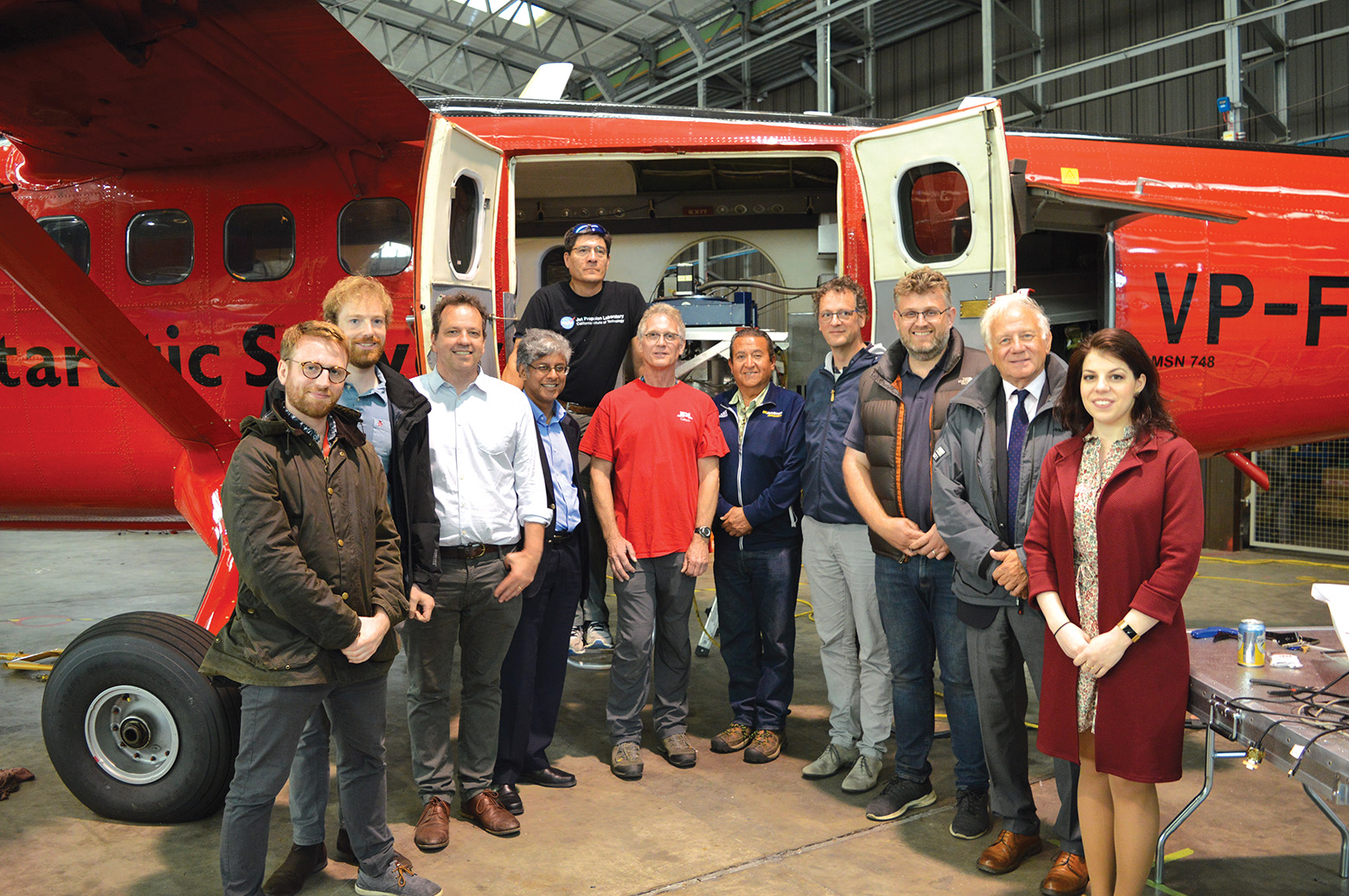 The NETSense project team from ESA, NERC-NCEO, King’s College London, and Nasa JPL, in front of the Twin Otter aircraft