The Building Safety Act 2022 (“the act”) received Royal Assent in April. It creates a new regulatory regime and a new Building Safety Regulator for all building work of any kind on any building.

It also creates a more stringent regime for higher-risk buildings (HRBs), [see panel ‘Building Safety Act glossary’], regulating these buildings throughout their operating life. It aims to deliver a regime that is fit for purpose and provides improved accountability, risk management and assurance of safety to those living in higher risk buildings.

The act amends the 1984 Building Act substantially, creating powers for the regulator to set new legal requirements for clients, designers and contractors when they ‘procure, plan, manage and undertake’ building work – the dutyholders under the new regime.

They must be competent to undertake the work for which they are appointed and clients will have statutory duties to ‘take reasonable steps to ensure that [those they appoint] are competent’ to perform their duties.

The act strengthens oversight and protections for residents in higher risk buildings and gives them a greater say in the management of their homes. It also introduces tougher sanctions – including imprisonment – against those who threaten their safety. The act adopts a risk-based approach and requires owners of HRBs to manage their buildings better.

The Act is the enabling legislation for the biggest changes in building safety laws for at least a generation. Now we need the detailed secondary legislation – regulations – to implement the powers in the act.

These consultations address two distinct aspects of implementing the Act: design and construction of all buildings, and occupation of HRBs. The first sets out government plans to reform the building control system and procedures for all building work, and not just the more stringent regime for HRBs.

It makes significant proposals on professional competence and the new dutyholder regime, including requiring the client to appoint a principal designer and contractor. Client duties include ‘allocation of sufficient time and resource to deliver compliance with the building regulations’, and appointing competent people to projects. 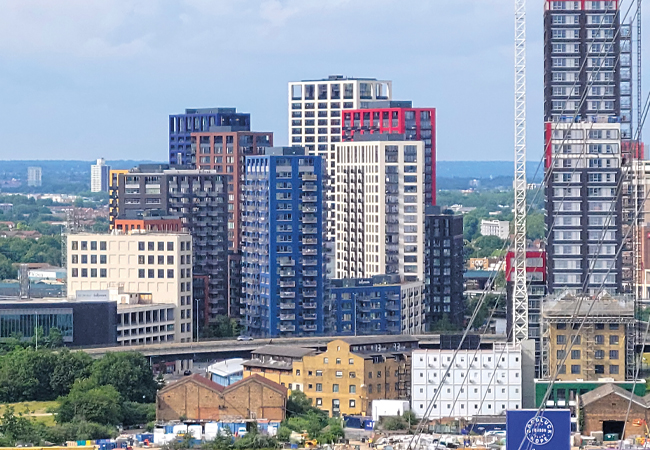 It describes the Gateways for design and construction of HRBs and requirements for provision of information about them in development, the Golden Thread. It sets out the system for control of building work by the new Regulator in existing HRBs undergoing refurbishment or any kind of notifiable work. This also covers work to create a higher-risk building from an existing building that is not an HRB.

It is proposed that ‘any person who, in the course or furtherance of a business, carries out any design work, or arranges for or instructs someone under their control to carry out design work, will be a designer’. That is a broad scope and might be interpreted to include manufacturers who give advice on which products might be used on a project. It may be of interest to their insurers and lawyers.

Higher-risk building: Defi ned in section 31 of the act as a building in England at least 18m in height or at least seven storeys in height, and of a type prescribed in regulations. The current proposal is to prescribe any building with two or more dwellings in design, construction and operation and any hospital or care home in design and construction.

Building work is defi ned in Regulation 3 of the Building Regulations 2010 and includes the erection or extension of a building, installation, extension or material alteration of a controlled service or fitting, cavity insulation, underpinning and work relating to energy performance. Attentive readers will already be fully aware that the act applies to all building work that comes within the scope of Regulation 3.

Accountable Persons: Owners of HRBs are subject to specific obligations as Accountable Persons under the act, having an ongoing duty to assess building safety risks, specifically structural or fi re-safety risks, and take all reasonable steps to prevent the occurrence or minimise the impact of a major incident.

The consultation on building control includes new proposals for lapsing of approvals, ‘commencement of works’ and transitional arrangements for moving to the new regime. Building control approval will apply to individual buildings and lapse after three years unless work is started.

‘Commencement’ will be defined in regulations and require more to be done on a building for it to be considered started, making it harder for new projects to be pushed through under the old system. Those tempted to rush ahead with an HRB before the start of the Gateways should read the second consultation.

The second consultation is on the new requirements for operation and occupation of HRBs, including the new safety case regime. Anyone or an organisation that works in HRBs doing building work, design work or managing work needs to be conversant with this. Those managing higher-risk buildings should be fully aware of the new regulatory regime: it will apply to them.

In particular, they should know that the new regime covers every single HRB in England, whenever built. Rushing a new HRB now may avoid the new Regulator during construction, but they may be all over the building when the owner seeks a certificate to occupy. If they do not think the building is fully compliant with the requirements, that certificate may not be forthcoming. A rush to build may prove a costly error.

The way in which all of these provisions are implemented in secondary legislation has the potential to shape the industry and the role of professionals and their professional bodies for many years to come. These regulations will have significant implications for professional practices and for contracting, manufacturing and those who own, operate, manage and maintain buildings.

It should now be glaringly obvious that significant change is coming. And for those who may say that they need more time to prepare, there is likely to be little sympathy: there has been more than five years of work since the Grenfell tragedy with a constant message that there must be serious change.

These consultations seek views on the current proposals. While the overall direction is set by the act, much detail is still being refined. This window of opportunity for constructive feedback to government to influence the new regime closes in early October. Journal readers are encouraged to contribute to the CIBSE response, view the consultations at
bit.ly/CJSep22HD and send comments to technical@cibse.org by the end of September.