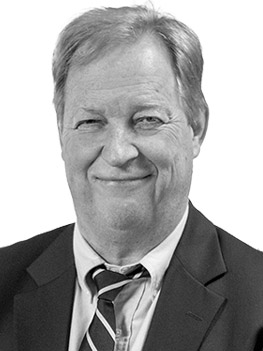 The UK’s energy sector has made great progress in reducing carbon emissions with the growth in renewable energy. Wind power, in particular, has been so successful in replacing fossil fuels that Grid integration is now becoming the real challenge.

As a result of a shortfall in transmission capability, it is estimated that the UK exploits only around 50% of its installed wind-power capacity. The consequence of this is that, to balance the Grid in 2019, the Balancing Services Use of System payment was more than £1.4bn, which includes constraint payments to wind farms for discarding power.

This illustrates the inflexibility of this solution, and highlights the need for alternative approaches to storing energy, such as power to heat and power to gas.

By contrast, in Denmark – which has probably the highest percentage of wind power per capita in the world – there is a growing appreciation that successfully replacing fossil fuels with renewables will require far more than wind turbines and batteries. It will require a complete revolution of the country’s economy. 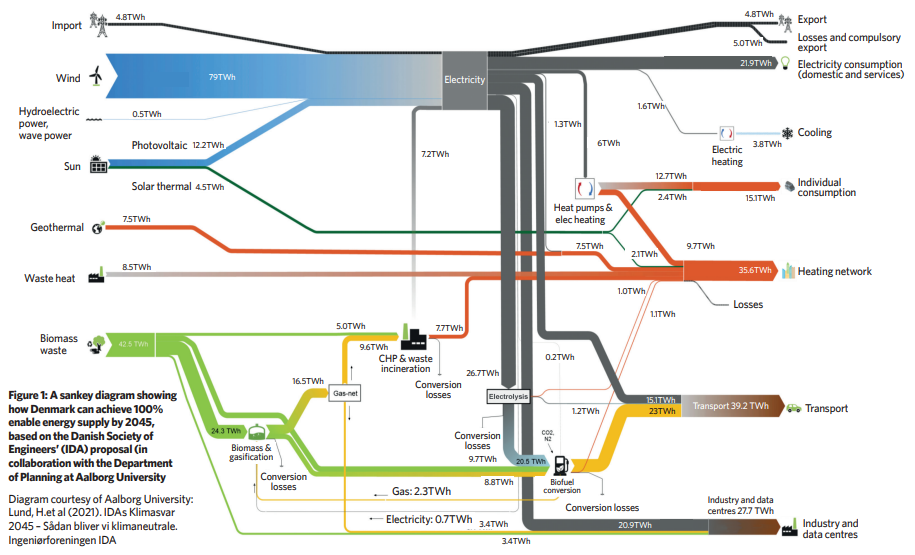 Denmark turned to renewables as a reaction to the oil crisis in the early 1970s, when most Danish homes had oil-fired heating. The drivers for change were cost and security of energy supply; now, a target of net zero by 2050 is driving Denmark to embark on a second renewables revolution.

The expensive ‘hard’ electric approach being pursued by the UK has been eschewed in Denmark in favour of sector (or utility) coupling to provide low carbon heating and cooling to buildings. This is based on installing heat networks in urban areas to share energy between sectors, with heat pumps used to supply heat to buildings in remote areas where heat networks are not economically viable.

The crucial difference between the two approaches is that hard electrification requires storage using ‘power to power’ technologies (such as batteries), as opposed to storage by power to heat or power to gas. Power to heat can be activated during periods of abundant wind and/or solar generation, with conversion carried out by large-scale heat pumps or electric boilers, and the resultant hot water sent to storage for the short term, or season to season. Surplus renewable power can be used in the electrolysis of water to produce hydrogen gas for applications where there are no ready energy alternatives, such as heavy industry, aviation and transport.

A major benefit of heat networks is that they use waste heat from various sources, including power stations, waste incineration and industrial processes (including hydrogen production), to deliver energy cost-effectively. This reduces dependence on non-renewable fuels and improves security of supply.

A major benefit of heat networks is that they use waste heat from various sources, including power stations

For Denmark, it is estimated that around 35TWh of heat network heating will be required by 2050, with heat pumps supplying an additional 15TWh (see Figure 1). Some of the heat for district heating will be provided by ‘waste heat’ from the production of electro-fuels, the use of which helps to make the project viable.

To generate sufficient green electricity to power the country and to produce electro-fuels, Denmark is constructing two ‘energy islands’ in the North Sea, which will be hubs for offshore wind. Initially, one island will supply 2GW of energy, while the other will supply 3GW, but with the potential for both to supply up to 10GW.

According to the UK government, heat networks could contribute 95TWh, or 20% of the total heat demand, which is almost three times that of Denmark. That would offer huge potential economies-of-scale benefits.

The contrast in both cost and carbon-reduction savings from the UK adopting a sector-coupled approach could be significant when compared with the hard electric approach that the government appears to be pursuing – which is why the UK needs to pause now and consider its options very carefully.