Readers may recall that the government consulted in August 2014 on regulations to limit the letting of buildings with poor energy efficiency ratings. These were originally described as ‘Minimum Energy Performance Standards’, or MEPS. The government considered the responses received and, as a result, amended its proposals, including dropping the ‘MEPS’ label. This is probably helpful because, outside of Europe, MEPS usually describes minimum energy efficiency standards for appliances and equipment, which we cover by the term ‘eco-design requirements’.

Now we have The Energy Efficiency (Private Rented Property) (England and Wales) Regulations 2015, which cover domestic and non-domestic properties. For the latter category, the regulations apply to non-domestic private rented (PR) sector properties in England and Wales, which are defined in the Energy Act 2011 as property let on a tenancy that is not a dwelling. However, the regulations exclude property let on a tenancy granted for six months or less (as long as granting of the tenancy does not mean the tenant will have occupied the property for more than 12 months), and property let for more than 99 years.

The minimum energy efficiency standard (MEES) is set at an EPC rating of E for both domestic and non-domestic sectors. A domestic or non-domestic PR property that has a valid EPC with an F or G rating is defined by the regulations as ‘sub-standard’.

An EPC is valid if it has been entered on the register within the past 10 years and has not been superseded by a subsequent EPC. This means that a building without an EPC cannot be sub-standard, and that older EPCs with possibly better ratings cannot be used to escape the provisions of the regulations. 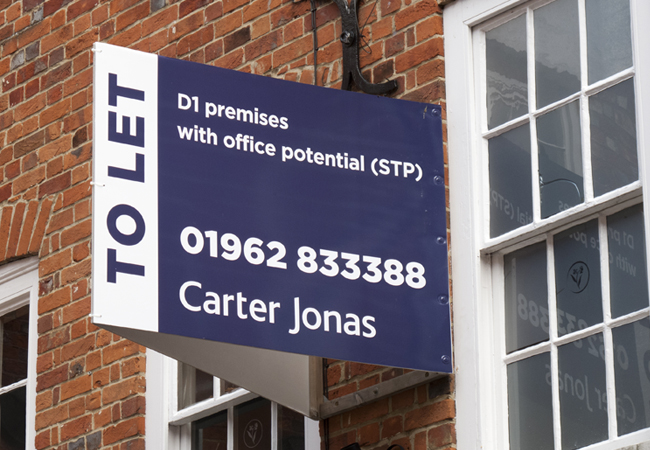 A sub-standard property may not be let unless the landlord has made all relevant energy efficiency improvements, or there are no relevant improvements to be made. This provision only applies for five years, however, and the clock starts ticking when the landlord registers the property on the Privated Rented Sector (PRS) Exemptions Register, which ‘the Secretary of State must establish and maintain’.

The regulations also contain safeguards to ensure that they only require permissible, appropriate and cost-effective improvements. Where landlords can show the following, then they are exempt from making improvements, subject to entering details on the register of exemptions:

There are also provisions for giving temporary exemptions, lasting up to six months, for events, such as the receivership of a landlord, subject to entry on the Exemptions Register.

From 1 April 2018, the regulations will apply to the granting of any new tenancy, either domestic or non-domestic. From 1 April 2020, they will apply to existing domestic tenancies and, from 1 April 2023, to all non-domestic tenancies. Local authorities will be responsible for enforcement for domestic properties, and local weights and measures officials for non-domestic. The penalties for not complying could be substantial, with a penalty of 20% of rateable value – up to a maximum of £150,000 – where non-compliance has lasted more than three months.

This does open the prospect of a loophole, as landlords who do not have an EPC can offer property for rent without a ‘valid EPC’, so the property cannot be defined as sub-standard under these regulations. While this is unlawful and exposes the landlord to penalties under the EPB Regulations, these are capped at a far lower level than under the energy efficiency regulations.

Given the evidence of the past eight years of EPB regulatory avoidance, this prospect cannot be discounted. There is also the prospect of local authorities being responsible for enforcing the regulations against themselves.

However, those who do have a valid EPC, or who obtain one for the first time in connection with a transaction, will need good advice on energy efficiency improvement measures, their likely cost and the expected benefits. Calculations will be needed to determine whether the improvements are cost effective within the terms of the regulations.

This is likely to require the expertise of CIBSE members, who have the knowledge and skill to calculate and model the impact of potential improvement measures on buildings. They can also provide sound advice on those measures that are ‘inappropriate’ under the regulations, and the most cost-effective measures to bring a building up to ‘standard’.

Although these regulations do not come into force fully for another two and a half years, wise landlords are already assessing the impact on their portfolios, and planning how they will manage the obligations that will come into effect from 1 April 2018. They are likely to seek good advice well before then, and Journal readers should be well placed to offer it.

1. The Implication for Valuers of the Energy Efficiency (Private Rented Property) (England and Wales) Regulations 2015 http://bit.ly/1GnArkE

Hywel Davies is the technical director at CIBSE