I believe the article ‘History lesson’ (CIBSE Journal, October 2016) hardly reflects the real 1970s [from a technology point of view]. The PC may not have arrived, but the industry was using computers, albeit slow mainframes driven by punch tape and card terminals. Some firms possessed in-house machines, whereas others used agencies. At Bsria, for example, I was doing an investigation into numerical methods for the simulation of HVAC systems using the computer power available through Honeywell.

Desktop calculators were also more sophisticated than suggested; at Bsria, Steve Adams and I used a programmable handheld Hewlett Packard calculator to develop a numerical model of the dynamic response of cooling coils (program and data stored on small magnetic strips).

This was the decade in which today’s software tools first emerged. Funded through a Scientific and Engineering Research Council programme, Professor Joe Clarke developed ESP-r at the University of Strathclyde – I believe one of the researchers was a young Don McLean. At Cranfield University, meanwhile, an early version of TAS was being developed.

Excluding visualisation, the only analytical tool not available in the 70s was CFD

Industry was also active. At Oscar Faber, John Quick and Steve Irving were working on a program called APACHE – now evolved into part of the IES suite. At Arup, the late John Campbell was developing programs to size plant and calculate the energy consumption of complete buildings. Because of the time required for such analysis, Campbell used an innovative application of what was then the Institution of Heating and Ventilating Engineers (IHVE) admittance method. At the same time, in the USA, DOE2, Blast and Trace came into being. Energy+ is a direct descendent of DOE2 and Blast.

There was concern over the accuracy of these tools – a cause taken up by the International Energy Agency through its Building and Community Systems programme.

The first investigation was an international collaborative project, Annex 1, to compare predictions made by numerical simulation tools. Perhaps with the exception of TAS, all the previously mentioned programs were examined. Unsurprisingly, there were large differences. This led to further investigations, including comparison with the performance of a real building in Glasgow. Without the sophisticated data-logging equipment that is available today, however, this task proved over-ambitious.

The Building and Community Systems programme is still with us, involving researchers and industrialists from numerous countries. I believe they are up to Annex 40-something. 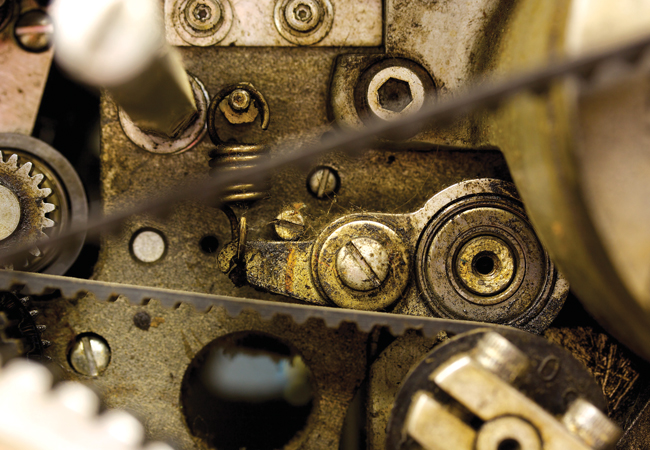 In the 1970s, there appeared to be little interest in these activities within the IHVE, which was developing a manual technique for the calculation of building energy consumption. This was to become the CIBSE Building Energy Code and could be thought of as a forerunner of the Simplified Building Energy Model (SBEM).

Aside from the widespread use of computers, I suspect the other significant difference between now and then is that – in the 70s – the design was much ‘closer to the numbers’.

The need for standardisation of weather data was apparent and, after some studies I carried out at Bsria, the CIBSE weather data panel was set up. This was again driven by industry – British Gas, W S Atkins, Oscar Faber and Bsria – and has resulted in the CIBSE Test Reference Years and Design Summer Years used today.

Excluding visualisation tools, the only significant analytical tool not available in the 70s was computational fluid dynamics (CFD) although the seeds for its widespread use were being set through the Teach-T tool developed by Brian Spalding at Imperial College.  This code was available to all and formed the basis of many developments in the following years.

The zonal – or network airflow – model did exist, however. At Bsria, the late Nigel Potter was predicting the general movement of air through hospital wards located around courtyards. The approach will be familiar to many today in that a wind tunnel model was used to obtain surface-pressure coefficients, allowing prediction of the combined wind- and buoyancy-driven airflow pattern within the building.

The 70s was a time when significant research projects were being undertaken by academia and industry, and when the development of the tools we now use was in its infancy. One has the feeling that there are few developments taking place now that will have the same impact in 40 years’ time, and that industry no longer has the appetite to drive the research.

Mike holmes FCIBSE is a consultant at Arup