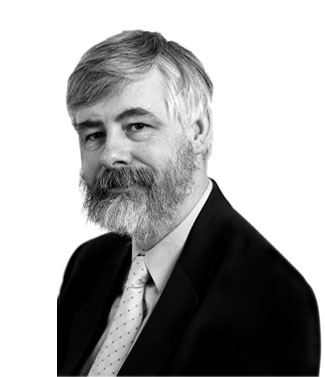 The UK has a performance-based system of Building Regulations. They set functional requirements that a building must meet; many readers know the requirement in Part F of the regulations for England, for ‘adequate means of ventilation provided for people in the building. (F1(1))’.

This sets out what must be achieved, not how. The devolved administrations use similar words and Scottish Building Standards are more explicit about the health of occupants.

Following the guidance tends to a presumption of compliance with the requirement(s) covered by the guidance. But there is ‘no obligation’ if alternative ways to comply are available.

Whichever path they choose, designers will need to rely not just on formal guidance, but on relevant guidance, such as CIBSE Guides, and the 485 national or international standards published by BSI. But what are they and how are they made?

BSI Standards is the UK national standards body, recognised by government. It is the UK member of the European standards bodies CEN and CENELEC 1, (not institutions of the EU) and, globally, the International Organization for Standardization (ISO) and the IEC, its electrotechnical counterpart. 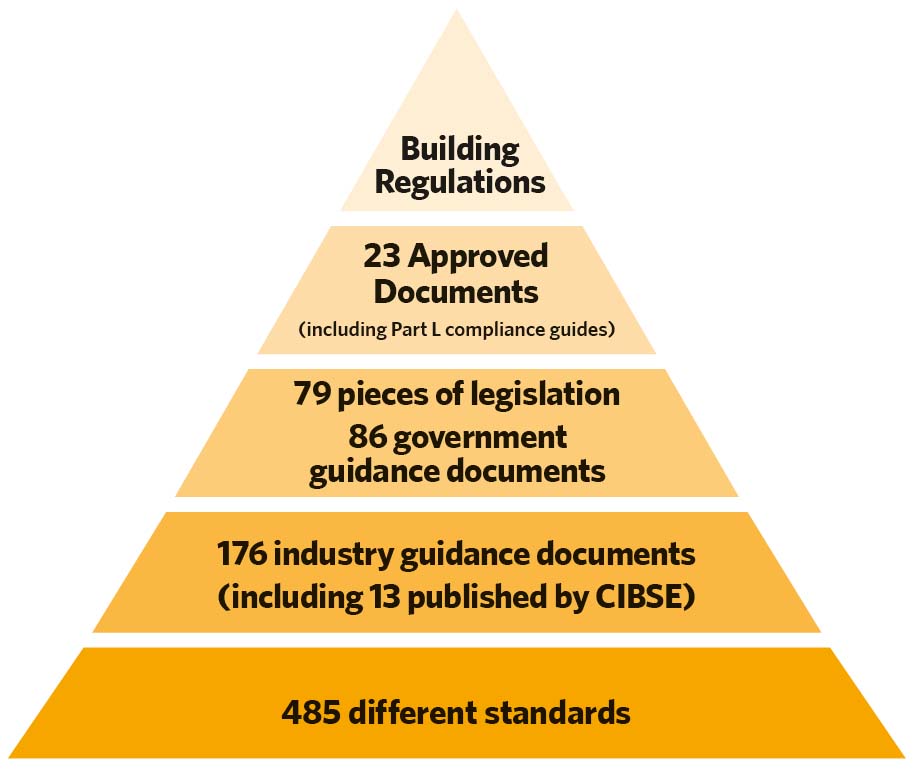 Building Regulations guidance pyramid. For full details see Table 6.1 Building a Safer Future, which was based on research undertaken by CIBSE

BSI develops national standards and is the UK participant in the development of European and International Standards. More than 100 built environment committees work on product and installation standards as well as design standards such as Eurocodes.

While the range of activity is broad, the process of writing a standard is relatively straightforward, if not well understood.

A draft is developed for review and comment by the committee and then for public comment. Anyone can submit comments.

They must be submitted online or on a comment template and must be constructive, identifying concerns clearly and ideally offering alternative drafting for open, fair and transparent standards.

Standards should not favour particular interest groups or members of some trade bodies over others.

Those comments go to the committee, which must form a consensus on each one. A final draft is then published and a European or International (ISO/IEC) standard goes to a further formal vote on the final draft.

The international definition of a ‘standard’ is a document, established by consensus and approved by a recognised body, that provides, for common and repeated use, rules, guidelines or characteristics for activities or their results, aimed at the achievement of the optimum degree of order in a given context.

Note: Standards should be based on the consolidated results of science, technology and experience and aimed at the promotion of optimum community benefits.

As well as providing guidance to Building Regulations and Standards in the UK, they also provide the basis for products to meet construction product regulations in the UK and Europe and are a key tool in trade agreements around the globe and increasingly relevant to UK exports.

Standards committee membership is open to all organisations with legitimate interests. Committees are listed on the BSI website3 and CIBSE is represented on a number. We regularly advertise draft standards that are issued for comment4 so that all CIBSE members can comment. There are several out now, so why not take a look?