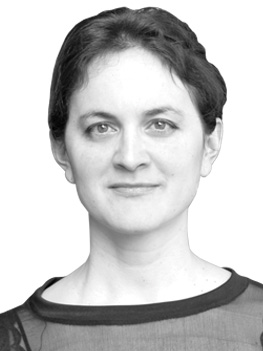 The government has published its long-awaited energy strategy, with a focus on security following the invasion of Ukraine. Its aim is clear: ‘If we’re going to get prices down… we need a flow of energy that is affordable, clean and, above all, secure. We need a power supply that’s made in Britain, for Britain.’

The focus of the strategy is on power supply, restating the target for a decarbonised electricity system by 2035 (subject to security of supply), but with an ambition to achieve 95% of this by 2030. To a limited extent, it also covers energy efficiency and demand reduction, as well as system resilience and flexibility.

Nuclear
A much-reported announcement is the ‘massive’ increase in electricity generation from nuclear. The new target is up to 24GW by 2050, which is three times the current capacity and would meet up to 25% of projected 2050 electricity demand.

This is supported by a range of measures, including public financing, a new British nuclear regulatory body, and streamlined funding and approval processes.

All of this is ‘subject to value for money assessment, all relevant approvals and future spending reviews’ – a big ‘if’ given the industry’s track record on costs and timescales.

Renewables
The strategy also increases the target for offshore wind to 50GW by 2030 (40GW previously), with faster approval processes. The Climate Change Committee has highlighted the pace and scale of ambition, and the relentless focus needed if this is to be delivered. Solar on non-protected land and rooftops may also be encouraged through simplified planning processes. The upcoming Future Homes and Buildings Standard is not mentioned, but is obviously an opportunity.

The strategy does not, however, propose to change the de facto planning moratorium on onshore wind in England, with only a promise to consult on local partnerships with ‘a limited number of supportive communities’ who may benefit – for example, from reduced energy bills. This is disappointing given the potential speed of delivery of onshore wind, the actual level of public support, and the government’s own admission that it is one of the cheapest forms of renewable power.

In the week when the Intergovernmental Panel on Climate Change called for urgent action, the strategy includes two major statements on fossil fuels:

First, allowing new drilling in the North Sea. Ministers have said this would not increase the use of fossil fuels, but simply allow UK-sourced (and lower embodied carbon) ones. New licensing will ‘take into account’ the upcoming climate compatibility checkpoint, and there are references to carbon capture and storage (CCS), but no firm commitments. We can probably expect this summer’s CCC progress report to include an analysis of whether this is net zero compatible.

The confirmed funding is expected to improve 500,000 homes, a fraction of the UK’s 2.8 million

Second, an independent review of the moratorium on fracking. This is a bit of Boris Johnson cake-ism: fracking is energy intensive and has high risks of fugitive emissions, so – if embodied carbon impacts matter when justifying North Sea drilling – they also should when considering fracking. Furthermore, if fracking is to go ahead despite much local opposition, the same should apply to onshore wind (which, anyway, receives more support).

The strategy proposes to produce ‘vastly more hydrogen’, doubling the target to 10GW by 2030 ‘subject to affordability and value for money’ (another big ‘if’). At least half would come from green hydrogen – it could easily take up a majority of the increased offshore wind production.

Up to half would come from blue hydrogen – in other words, continuing our dependency on fossil fuels and, to be low carbon, relying on effective CCS. Unfortunately, the government’s proposed low-carbon hydrogen standard sets an emissions threshold that does not account for fugitive emissions or provide a net zero-compatible long-term aim that would really drive innovation.

There are some welcome acknowledgements that ‘the first step is to improve energy efficiency’, and ‘the majority of our homes are energy inefficient’.

However, and as flagged up by the CCC, the proposals are thin, especially compared with the level of ambition and interventionism elsewhere. Most of the strategy’s measures had already been announced, such as ‘green’ heat network funding and zoning, the Boiler Upgrade Scheme, and five-year cuts in VAT for insulation and heat pumps.

New announcements are chiefly an upcoming energy advice service Heat Pump Investment Accelerator, aimed at stimulating British manufacturing, and a promise of some upcoming measures. These include energy performance standards, a review of barriers to energy efficiency, and proposals to rebalance electricity and gas prices. While CIBSE has advocated for the latter, it must be alongside a proper retrofit programme or risk further increasing the extent and depth of fuel poverty.

Overall, the total confirmed funding is expected to improve 500,000 homes, which is a fraction of the UK’s 28 million. ‘By 2025, around 700,000 homes will be upgraded and, by 2050, all our buildings will be energy efficient with low carbon heating’. This is clearly a massive gap, with little information on delivery.

Much is left to the market and private financing. The strategy does not deliver on manifesto commitments for funding, or address policy gaps to tackle all sections of the market, grow supply chains and skills, and support retrofit plans and a whole-house approach (rather than individual, one-off measures).

The government does not seem intent on addressing that insufficient framework when you consider statements such as ‘our homes are our castles, people want choices regarding how they improve them’ and ‘the British people are no-nonsense pragmatists who can make decisions based on information’.

This is disingenuous when the reasons many people do not retrofit their expensive-to-heat and often-cold ‘castles’ are not preference and choice, but finances and poor access to trusted supply chains. Then there’s the estimated one in 10 households reporting food insecurity, whose ‘choice’ is between heating and eating.

Conclusion
The strategy does not address the current cost-of-living crisis. This would be acceptable if that was dealt with elsewhere, and the strategy tackled long-term issues comprehensively. However, there is much to worry about in its reliance on fossil fuels and potentially expensive and risky solutions (it remains to be seen what no-nonsense pragmatist voters will make of that), alongside the huge gaps and lack of ambition on energy efficiency and demand reduction.